10 incredible curiosities about Venice that (perhaps) you didn t know

1) The conformation of the city of Venice Have you ever wondered how many bridges, islands and canals make up Venice? The Serenissima has 435 bridges, between public and private, which connect the 118 islands on which it is built, crossing 176 canals. Most bridges are built of stone, but other common materials are wood and iron. As soon as you reach the city center, you won't even find a car: the main means of transport are boats (gondolas, boats, motorboats, ferries). Boats therefore replace cars as a means of transport, just as canals replace paved roads. 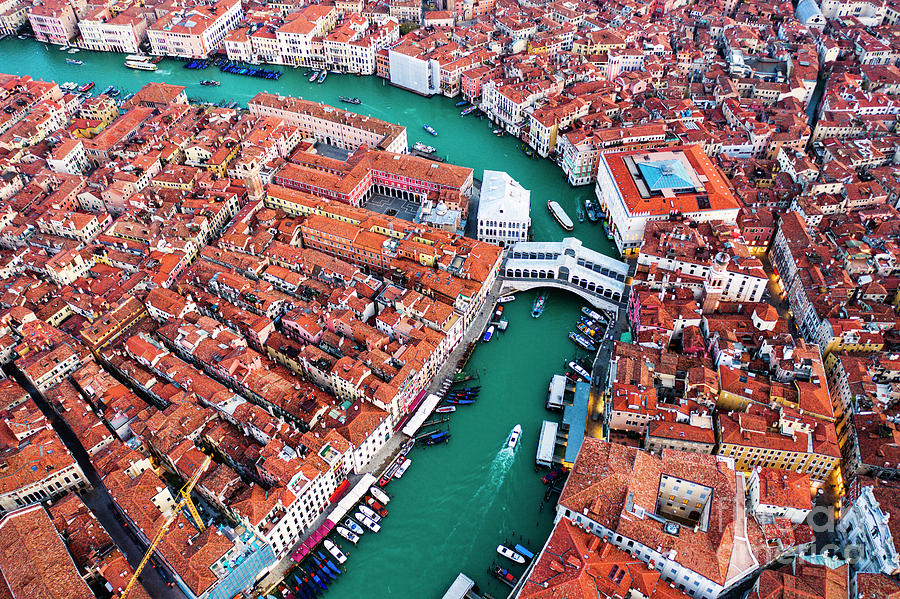 In Venice there are no streets, sidewalks and pedestrian crossings: the entire city has a different toponymy than the others. Starting from the beginning, Venice has only one square, Piazza San Marco. All other large spaces that can be defined as squares are called campi or campielli, which indicate the areas in front of the churches or large areas surrounded by buildings. The calli are the pedestrian streets bordered by buildings on both sides, while the fondamenta are the streets that line a canal or a rio, with the exception of the ruga (from the French rue), which is a particularly important calle, such as Ruga dei Oresi. The difference between the waterways is very simple: the canal is one of the most important waterways, wide and busy with gondolas, while the rio is a narrower waterway.

3) The narrowest calle in Venice 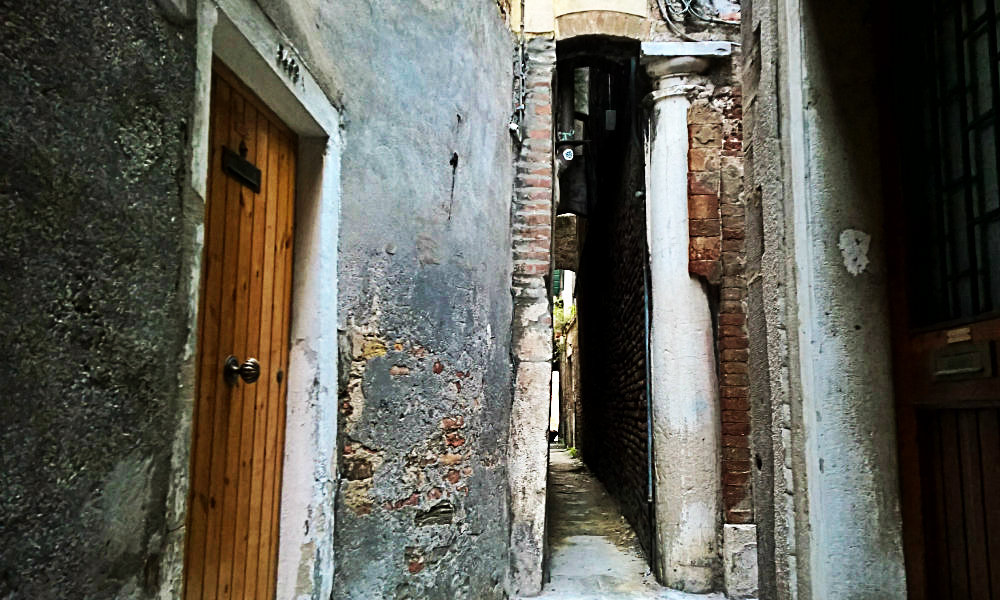 Calle Varisco, not far from Campo San Cancian in the Cannaregio sestiere, is the narrowest street in Venice: with its maximum width of 53 cm, it allows the passage of only one person at a time. A legend has it that if a murderer were to walk down this street, the walls would close up to kill him, thus punishing the impure soul.

4) The lowest sotoportego of Venice 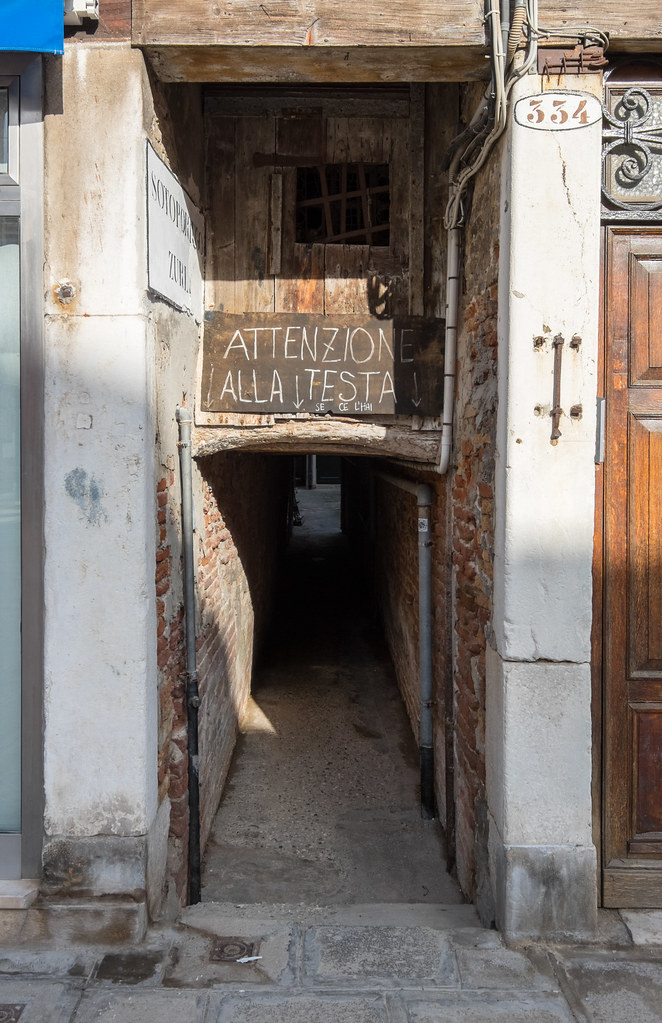 The sotoportego is a connection, obtained from the body of a building, between two calli. Near Campo Ruga in the Castello district, there is the lowest sotoportego in Venice: the Sotoportego Zurlin, under which only children can easily pass.

5) The underground canal of Venice One of the places ignored by too many tourists who visit Venice is the city's only underground canal, which can only be visited and crossed by water, which forms part of the Rio del Santissimo and passes under the choir of the Church of Santo Stefano.

6) The origins of the most common word in Italy: "ciao" 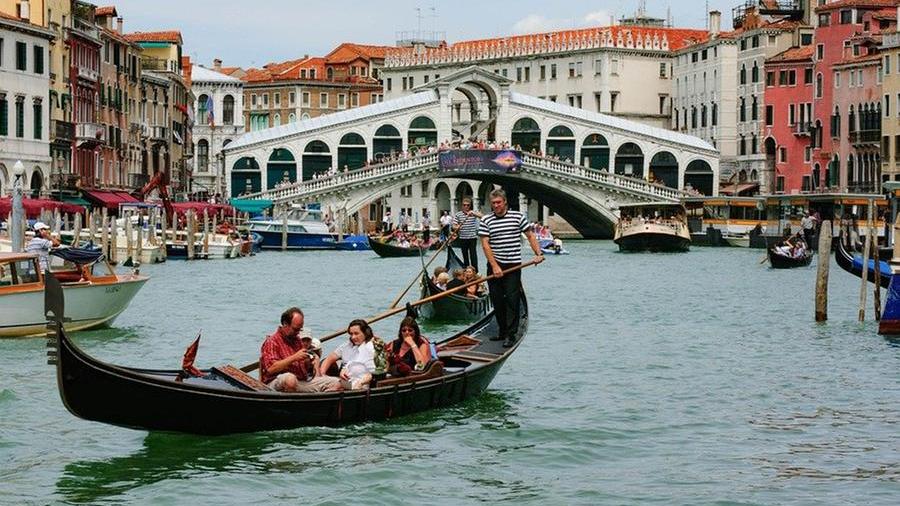 The greeting most used by Italians is of Venetian origin. It derives from "s'ciavo vostro", a reverential greeting that defined the person as the "servant" of the person to whom he was addressing. Coming from the Latin "sclavus" meaning "slave", it was very common at the time of the Republic of Venice and as a greeting intended for its master, it passed to be used without distinction of social class, addressing one's interlocutor with this extremely reverential formula. Beginning in the nineteenth century, it spread as an informal greeting first in Lombardy, where it was altered to take the form "ciao", and then spread throughout the peninsula and in the Italian language. 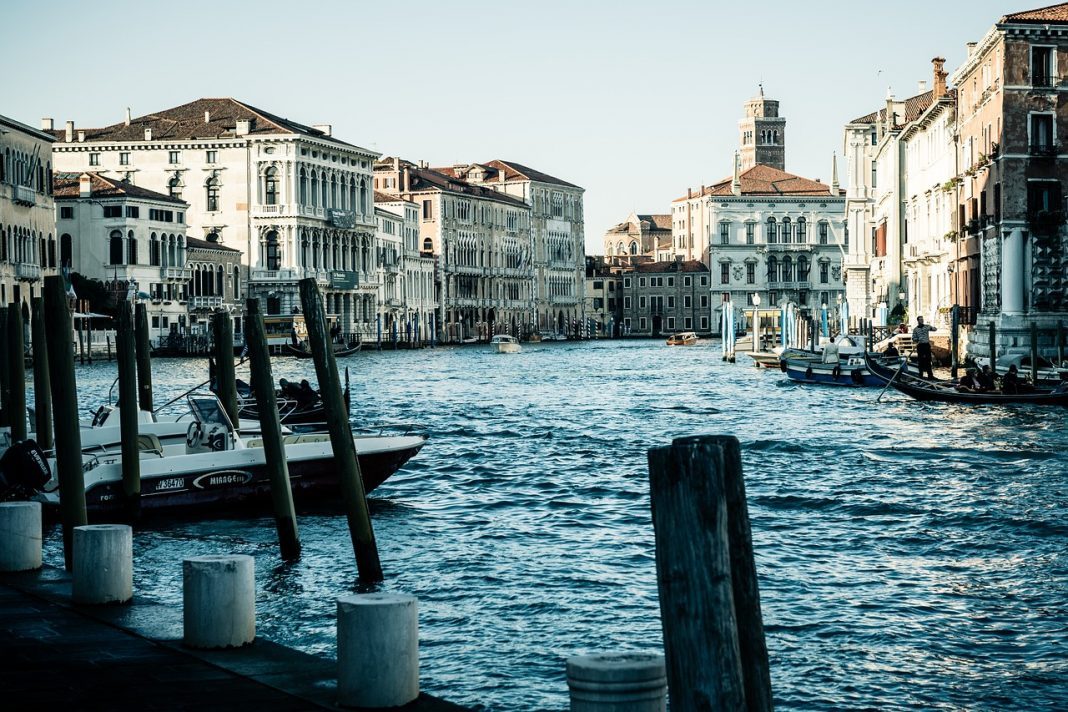 In all the areas of the Serenissima, before the introduction of the Gregorian calendar, the months were counted differently. The first month of the year, as a symbol of rebirth and the beginning of spring, was March, and this could justify how linguistically September, October, November and December are called in this way: they are respectively the seventh, the eighth, the ninth and tenth month starting from the first day of the year. Furthermore, February would be the shortest precisely because it was initially the last of the year. With the arrival of the Gregorian calendar, Venetian customs were upset, even if the Republic of Venice decided to continue using it by specifying the months and dates with the letters "m.v." which shortens the expression mòre veneto, meaning "in a Venetian way".

8) The first female graduate in the world Although various sources contradict the primacy, the first female graduate in the world was a Venetian. Born in 1646, Elena Lucrezia Corner (Cornaro) Psicopia graduated from the University of Padua in philosophy in 1678. As a woman, she couldn't graduate in theology as she would have liked and couldn't practice teaching. This milestone didn't represent a boost to equal education rights for women; it would have had to wait until 1732 for another woman to graduate in Italy, the Bolognese physicist Laura Bassi.

9) The first city in the world to drink coffee Italy is a very famous country for its use and love for coffee. Cities such as Naples or Trieste stand out, but Venice was the first Italian city to discover it and the first in which it arrived. Around 1570, the doctor and botanist Prospero Alpini discovered coffee in Egypt when he was employed there on behalf of the Republic: he was the first Italian to depict the plant and to study the benefits of its beans, which after being roasted gave a black drink from the flavor similar to chicory. A little more than a century later, the first "coffee shop" opened in Piazza San Marco and in 1720, however, the very ancient Caffè Florian opened: a real institution in the city, a historic café still active as well as the oldest of Italy and the world. 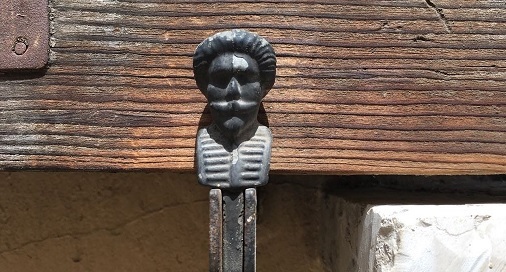 The spread of Persian from the seventeenth century in Europe passed through the trade of the Republic of Venice with the East since it was the main power that in the Mediterranean had contacts with the areas of Arab culture. However, it was the Venetians who invented the so-called "shutter stop" given the need to keep the shutters open or closed depending on the atmospheric or meteorological conditions. The typology invented hundreds of years ago is still the most widespread today, that is, the one that presents sculpted human figures. These figures are called "Turco asasìn" and "Dama Venexiana" which "appear" or "disappear" depending on whether the shutters are kept closed or open and locked. The figure of the Turk is represented as a soldier with oriental features with turban, mustache and a military jacket just as the Turkish soldiers appeared in the 17th-18th century. The lady is instead represented as a prosperous woman with curvy hair. According to some, the figure of the lady is the personification of the Serenissima and this takes on even more vigor if one thinks of the contrast with the Turkish on the back, with which Venice for centuries had bitter contrasts for control of the Mediterranean, but also prosperous trade with the East. During the day, when the shutters were usually closed to protect the interiors of the house from the sun, the Turk hung upside down and the shutter stop is therefore transformed, as mentioned, into the figure of the woman. 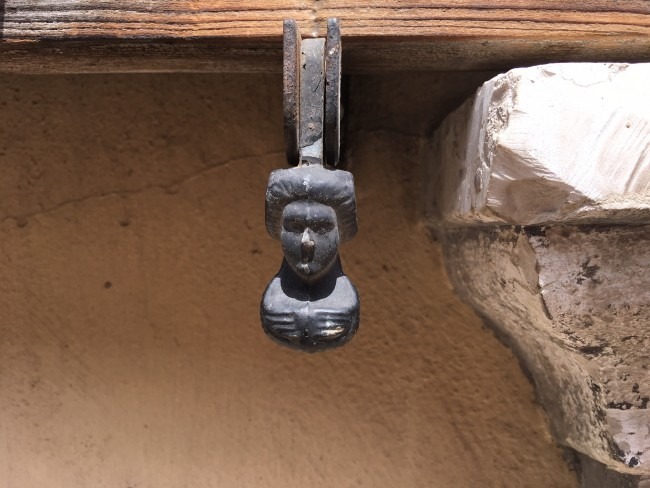