5 of the most beautiful hidden courts in Venice

The best way to discover Venice is to get lost in its maze of calli, campielli and hidden courtyards, wandering aimlessly. There are an infinite number of so-called "sconte" (hidden) courtyards in the city, and today we want to tell you about five of the most beautiful of them, to ignite your desire to discover them.

Campo San Giacomo di Rialto is perhaps the best known of the squares on this list, due to its proximity to the famous Rialto Bridge. The Church of San Giacomo di Rialto and the Sotoportego del Bancogiro overlook this square. The name of the sottoportico (interior of a portico) derives from the name of the ancient market that used to be held here; its arched structure is really suggestive, especially for the view it creates on the Grand Canal. On this field there is also the Gobbo di Rialto, a sculptural complex consisting of a statue in Istrian stone, representing a naked man holding a ladder, flanked by a red granite column.

In San Cassiano, in the San Polo district, we find the Corte (or calle) del Teatro Vecchio (of the ancient theatre). One of the city's first theatres stood here until the end of the 16th century, and it is believed to have been built in wood. Today, in the centre of the courtyard we find a well in red Verona marble dating back to the 13th century. One side of the courtyard is occupied by a series of columns that supported the portico (now walled up) of what must have been a warehouse, and on the other side there is a very unusual structure, set in the middle and supported by wooden beams. 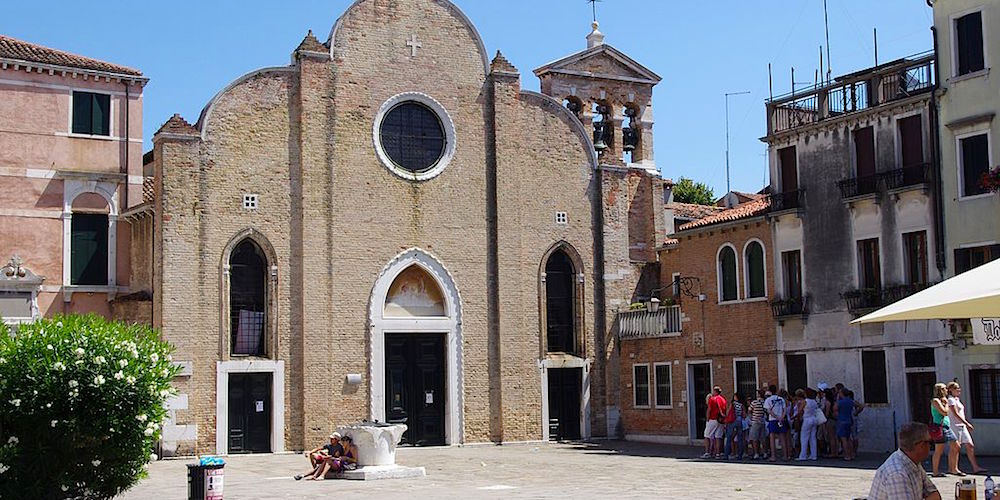 In the Castello district, near the Parish Church of San Giovanni in Bragora, there is the Campiello del Piovan. The "piovan" was the term used to indicate the parish priest, and therefore the fact that the buildings on the campiello were his property. This small field is truly an oasis of peace. There are benches in the shade of two large trees, making it a perfect place to relax or enjoy a picnic lunch. The Castello district is already a place far from the crowds of tourists, so this space will certainly be a great spot to spend some time and rest in peace. 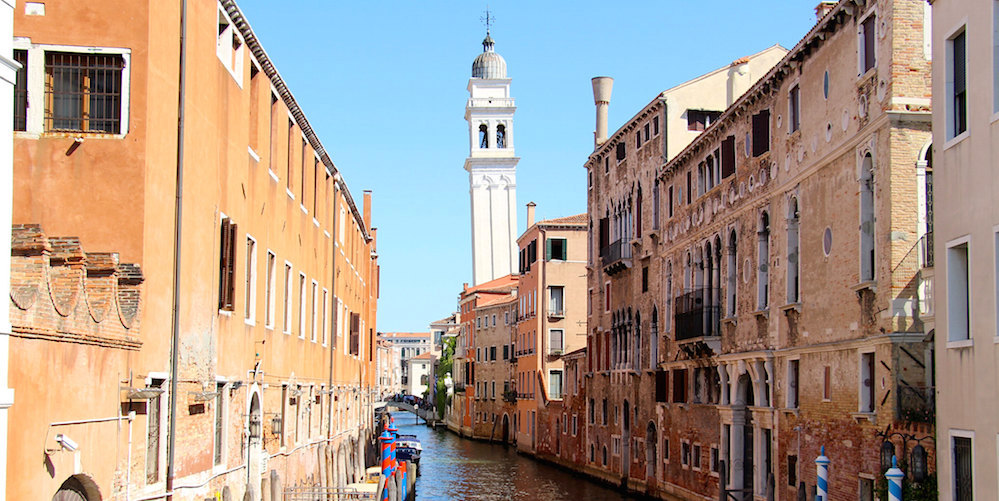 Campo dei Greci, located in the Castello district, stands in front of the Church of San Giorgio dei Greci. The church is so called because it was founded as a Greek-Catholic church, becoming the religious seat and reference point for Balkan and Eastern sailors passing through the city and for the Greeks who had migrated to Venice. The campo is an enclosed field, bounded by a high brick wall that separates it from Rio dei Greci. Along the wall there are stone seats and a large wrought iron gate that opens onto the canal. During the summer season vegetation decorates the whole field. Still in the Castello district, near the beautiful Basilica of Saints John and Paul, we find the small and hidden Corte Botera. Its name derives from the fact that here in the past there was an ancient workshop of "botteri", i.e. barrel makers. The courtyard is characterised by the typical elements of Venetian courts, such as the well and the covered external staircase. There is also a portico overlooking the Rio San Giovanni Laterano. This place was made famous by Hugo Pratt, in which he set the beginning of one of the adventures of "Corto Maltese".