Ca’ Dario and its mysteries: the stories of a “cursed” building

The palace that holds mysteries that cannot be explained 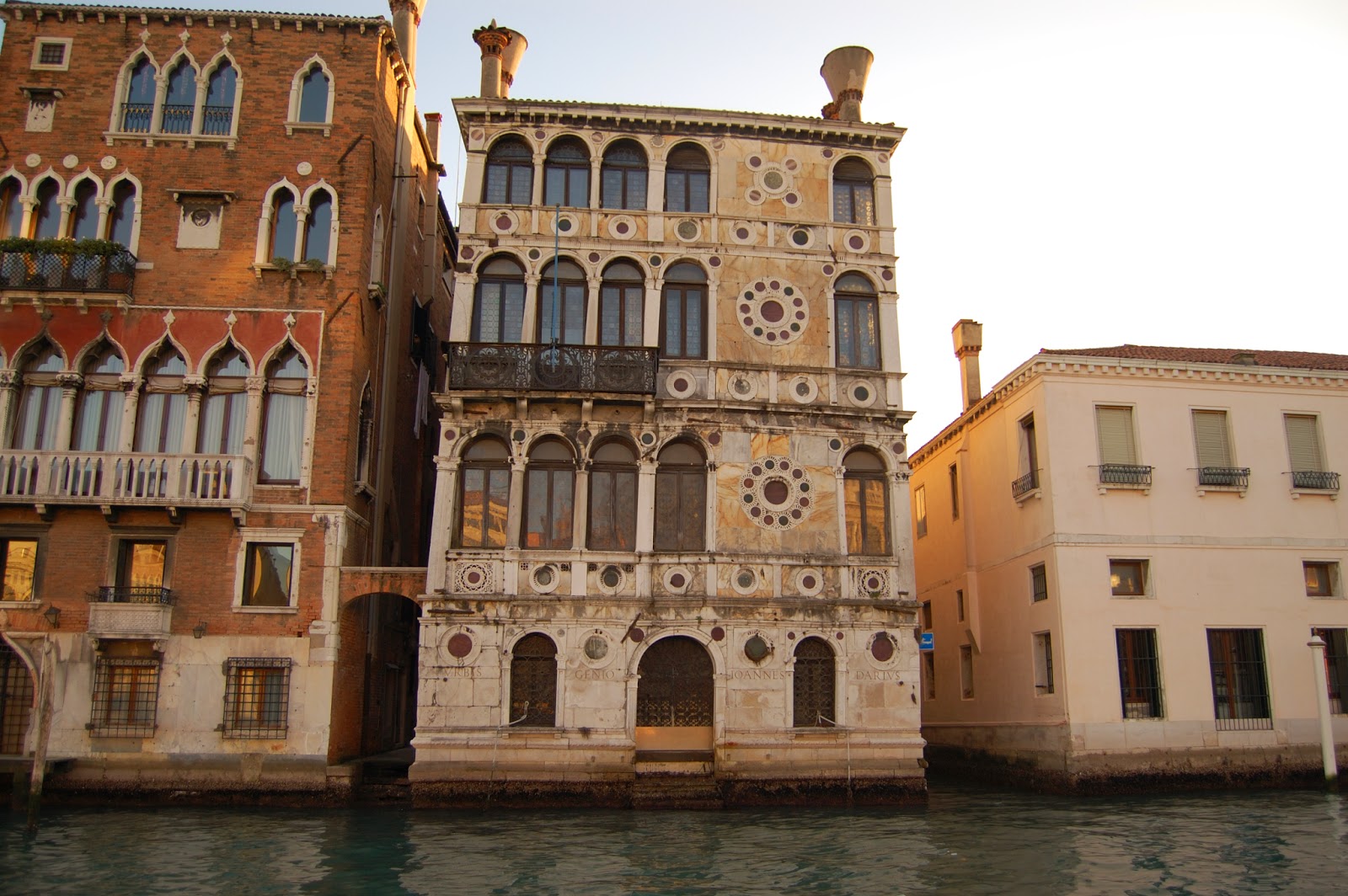 The fascinating city of Venice hides, behind the elegance and the architectural majesty framed by the canals that bathe the fondamenta, numerous legends and mysterious places. Among the stories and disturbing tales that hover in the city, which residents strongly believe in, there is that of Ca’ Dario, a building called "cursed" given the secrets hidden within those walls. The palace is located at number 353 in the Dorsoduro sestiere, a stone's throw from the Church of Santa Maria della Salute, and turns its asymmetrical facade towards the Grand Canal. Built starting from 1479, the Palace is currently closed to the public, hiding inside the truths related to “unpleasant events” happened to owners who lived there, all of them dead after they bought the building.

History of Ca' Dario: a palace born as a thanksgiving from which today everyone keeps away The building of the Palace has its roots in the history and economic relations that the Republic of Venice had with the East: the city had strong ties with Constantinople, the capital of the Eastern Roman Empire, considered the main centre of its trade with the Eastern world. But in 1453, following the conquest of the Empire by Sultan Mohammed II, Constantinople found itself in the hands of the Turks with the name of Istanbul: relations between Venetians and Turks were certainly not flourishing, and 26 years of wars brought the economy of the Serenissima to its knees. An attempt was made to make a peace agreement, and the Senate sent a merchant, notary and ducal secretary who served for the Republic: Giovanni Dario. It was at the end of the seventies of the fifteenth century and Dario returned home with a peace treaty and extremely advantageous economic agreements. He was considered a hero, and together with the nickname "saviour of the homeland", the Republic also gave him a noble title, land and a large sum of money. Darius thus decided to build the palace and give thanks to the city: on the facade of the palace overlooking the Grand Canal the inscription "JOANNES DARIVS VRBIS GENIO" or "Giovanni Dario, al Genio della città" indicates that Darius paid homage and thanks to his city with the construction of the building.

In 1479 he commissioned the architect and sculptor Pietro Lombardo to build the building. When he died five years later, his daughter Marietta Dario inherited the palace, which then passed to her husband Vincenzo Barbaro, a spice merchant who already owned a palace in Campo San Vio. The palace remained in the possession of the Barbaro family until the first half of 1800, and then it was sold to an Armenian merchant of precious stones. Since his death following his bankruptcy, the rich residence passed from owner to owner with increasing frequency. The "curses" did not end and continued to this day: they did not only affect the owners who lived inside the walls, but it seemed that something terrible happened to anyone who bought the residence wherever they were. Various hypotheses have been put forward about Ca' Dario: some argue that the palace was built on a Templars' cemetery, others think that it was negatively influenced by the talisman which removes the negativity placed on the water door of the palace next door, others that it was a crossroads of forces of obscure origins or that the ground and the previous building were the scene of something extremely evil. It is also said that Ca' Dario is still inhabited by the spirits of the previous owners and many Venetians, rather superstitious about the events related to the Palace, constantly keep away and even avoid passing by it and prefer to circumscribe it by passing through the Rio Terà degli Assassini: the most reckless ones say they felt a strange sense of uneasiness entering it or even looking at it from outside. 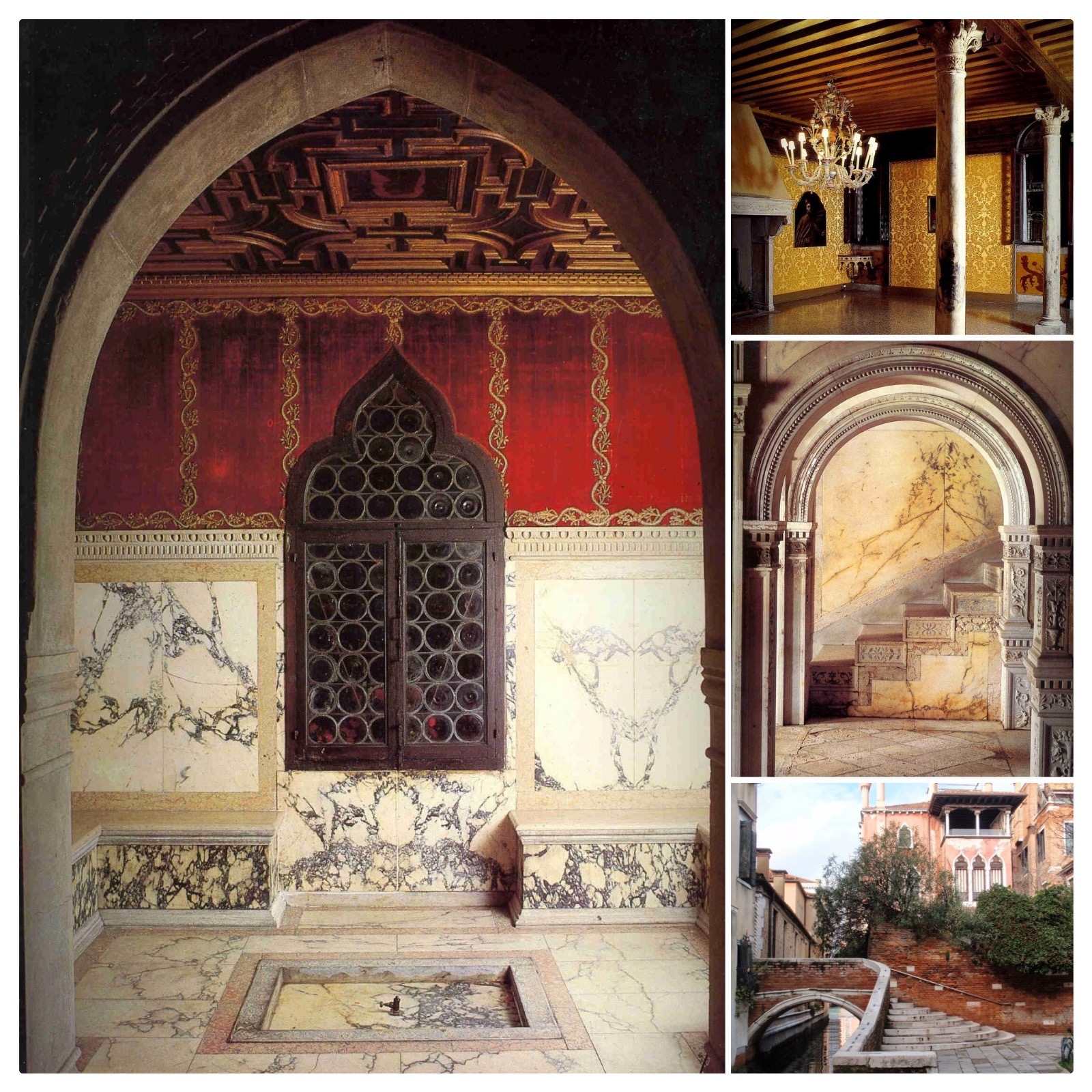 A sublime example of flowery Gothic architecture that leaves room for Renaissance architectural elements, the Ca' Dario overlooks the Grand Canal. The lack of symmetry and the rich decoration in polychrome marble recalls the more famous Ca' D'Oro: nothing in the aesthetic aspect of the palace makes one think of the tragedies that have occurred over the centuries within its walls. The asymmetrical facade, if admired from the front, hangs on the right side due to a subsidence, and is covered with various types of deliberately polychrome marble alternating with the typical Istrian stone. The back, more sober and uneven, is painted in Venetian red and overlooks Campiello Barbaro. Differently from the back which has a small terrace on the third and last floor and three slender windows below that recall oriental elements given Giovanni Dario's Dalmatian origins, the facade has two single lancet windows and a water portal on the ground floor, and each of the three floors. The upper floors are lit by four-light windows and a single-lancet window isolated on the opposite side. On the second floor there is a slight neo-Gothic balcony as wide as three of the four windows, added in the 19th century. Circular decorative elements compensate the external space that divides the two windows and the fireplaces on the roof of the building, they are among the few original specimens of the time that have survived to this day. The interior is mainly characterized by marble elements such as columns, a real well inside the atrium on the ground floor, carefully decorated stairs and an internal fountain of clear oriental inspiration, as well as the walls on which a tone was used Venetian red together with a golden color that enhances the refinement.

The secret of that eulogy: simple writing or an anagram that smells like an omen? 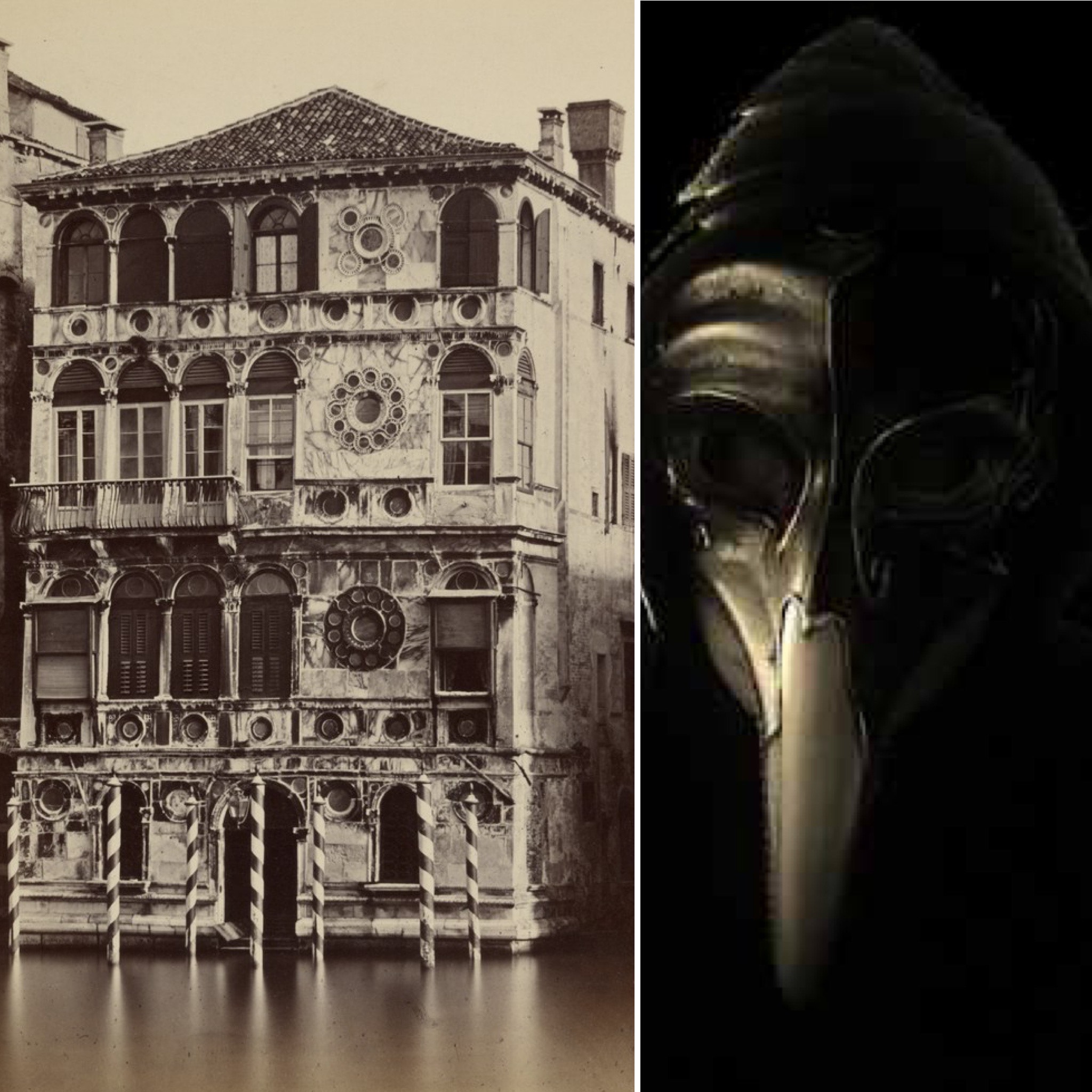 The particularity and the architectural beauty of Ca’ Dario contrasts with the unpleasant events that happened to the former owners, which allowed the same to receive the nickname “cursed palace”: most of those who owned it not only died for murder or suicide, but they also spent the last years of their existence in poverty given a financial bankruptcy attributable to the ownership of the property. It all starts with the famous inscription on the facade, which reads “JOANNES DARIVS GENIO ”, a clear Latin praise probably suggested by the architect and sculptor Pietro Lombardo which means "To the genius of the city Giovanni Dario", as I said before. It is curious how the anagram of the same sentence almost reveals the fate of the future owners, reciting: “SVB RVINA INSIDIOSA GENERO” or "I create under an insidious ruin"; it seems as if he wanted to curse, with the exception of Giovanni Dario, all subsequent owners starting with his daughter. It is said that the Venetians made the anagram, deeply affected by the deaths of Vincenzo Barbaro, his wife Marietta Dario and his son Giacomo, after the violent death of the latter in 1542. The misfortunes began immediately: with the exception of Giovanni Dario who only lost his influence in the last years of his life but died in natural circumstances, the daughter died of stress cardiomyopathy (or suicide, the real causes of death are unknown) after the failure of the husband who consequently died stabbed; the same fate went to the son who died in an ambush in a locality of Crete. Ca’ Dario was inherited by the Barbaro family until the 19th century until it was sold to Arbit Abdoll, a precious stone merchant who immediately lost his wealth following the purchase and was forced to sell the Palace for only £ 480 to Rawdon Brown, an English historian who also, four years after the purchase, was forced to sell it for lack of funds to maintain it. It was purchased by a Hungarian count and then resold to a wealthy Irishman, until it belonged to the countess Isabelle Gontran de la Baume-Pluvinel and her friend Augustine Bulteau who hosted the French poet Henry De Règnier until the moment he returned to France in cause of a serious illness. After the war it was bought by the American billionaire Charles Briggs who fled the city as accused of homosexuality, which at the time was a crime and, after moving to Mexico, lost his lover who was killed. Ca’ Dario would also seem to be able to strike from a distance those who were very interested in the purchase, and an example could be that of the tenor Mario del Monaco who in 1964 while traveling to visit the Palace had a serious car accident that temporarily forced him to stop its activities. Later, he no longer wanted to buy it because of the rumors circulating about the building. Defined as a thinking and malignant entity that attacks physically and psychologically all those who came into contact with it, a few years later it was purchased by Count Filippo Giordano delle Lanze who was killed inside the walls by his lover Raul Blasich, a Croatian sailor who fled to London following the events and was brutally murdered. In the early 1970s the building was purchased by Christopher "Kit" Lambert, manager of the musical group The Who who, while claiming that he did not believe in the curse at all, not only suffered a financial crisis aggravated by the use of drugs that also undermined the relationship with the band, but he declared to some friends to sleep elsewhere "to escape the ghosts that haunted him in the Palace". He therefore decided to sell it to Fabrizio Ferrari, a Venetian businessman, and died three years later. The new owner decided to move together with his sister, but the fate of both was already written: the girl died in a strange car accident while he fell into ruin and was arrested on various charges. The financier Raul Gardini bought the building in the late 80s and following a crisis followed by heavy judicial scandals, he committed suicide in uncertain circumstances in 1993. The romantic and melancholic charm of the building intrigued Woody Allen who at the end of the 90s seemed intent to buy it, but refrained from doing it. In 2002 John Entwistle, bassist of The Who, regardless of the ex-colleague's affairs, rented the Palazzo for a holiday in Venice: he died a week after returning from a heart attack due to a dose of cocaine, even if he had been sick for some time heartily. In 2006 the property passed to an American company that represented an unknown buyer and from that moment it is undergoing restoration. Despite the evil behind the front door, the unpleasant events and rumors, there are those who have used the Palace to generate art: Claude Monet painted the facade of Ca’ Dario in a series of impressionist paintings, all from the same perspective but with different lighting conditions and Giorgio Pes, Italian designer and interior designer of the film "The Leopard", intervened in the restoration, furnishing and interior arrangement operations in 1977.

And you, are you superstitious?