Ca' Pesaro: from a patrician residence to a museum 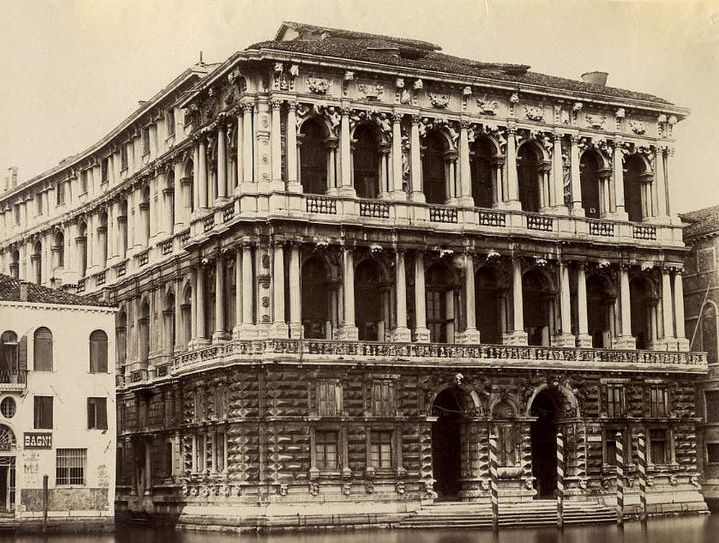 The history of Ca' Pesaro began in the second half of the seventeenth century, when the powerful Pesaro patrician family commissioned the design and construction of the palace to the architect Baldassarre Longhena, an authentic Venetian Baroque champion. In 1659 work began on the ground floor, with the construction of the characteristic courtyard with loggias, works completed then by 1676; the second floor will be ready after three years, but due to the death of Longhena, which occurred in 1682, the works were arrested. Gian Antonio Gaspari will complete the work before 1710, in total respect of the original canvas.

Set majestically on the Grand Canal, Ca' Pesaro is a completely Baroque tribute to the classicism of Sansovino. In fact, the façade is as powerful as it is articulated. The overall effect is of "grave lightness": one almost has the sensation, in fact, that the palace, even in its power, is read in the air, as if it were weightless. The solemn beauty of the exterior is certainly not betrayed by the elegant and refined decoration of the interior, which already during the first years of construction the Pesaro took care of commissioning to the most important artists of the time. Even today it is still possible to admire what remains of the ancient decorations in oil and fresh from the ceiling by masters such as Crosato, Trevisani, Pittoni. Unfortunately, the many masterpieces of the Pesaro collection are no longer in place. from the historiographical and archival tradition, which volatilized definitively by 1830 with the extinction of the noble Venetian family. The noble palace was later discovered by the Gradenigo and the Armenian Mechitarist Fathers. But it was the transfer of ownership to the Bevilacqua family to mark the decisive turning point in the history of the building: it was, in fact, the Duchess Felicita Bevilacqua La Masa who transformed a private building into a museum of modern art, then making it a gift to the city of Venice.

The collections of the International Gallery of Modern Art Ca' Pesaro: how the museum was born 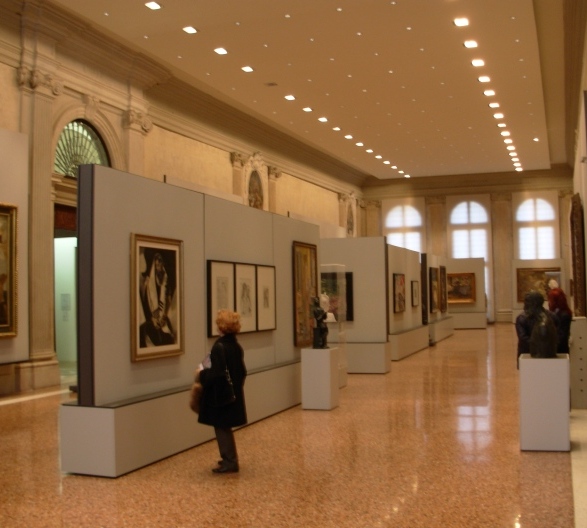 The museum history of Ca' Pesaro began in 1897, the year of the second edition of the Venice Biennale, with the donation of Prince Alberto Giovanelli, the first nucleus of the museum's rich collection. Five years later, the Municipality of Venice will decide to assign its current function to the former Pesaro residence: the Ca' Pesaro International Gallery of Modern Art is thus officially born.

During his early years, the young museum carries out an interesting and profitable militant activity, promoting the youngest artists of the moment. The works of authors who later became famous as Boccioni, Casorati and Arturo Martini, are proudly displayed in the exhibitions that will counterpoise the Venice Biennials: the famous Bevilacqua La Masa Exhibitions.

Later, in the fifties, the museum's purchasing and donation policy will begin. With an agreement signed with the National Gallery of Modern Art in Rome, which favored Italian artistic production, Ca' Pesaro began to purchase the works of international artists of the Venetian Biennials. In the 60s, instead, the interest of the institution turned again to our own artists: in particular the acquisition of works of the Venetian nineteenth century increased. For the establishment of the rich Ca' Pesaro collection, two donations are fundamental: the De Lisi legacy and the Wildt donation. In particular, it is worth mentioning the first, which brought works by artists of the caliber of Morandi, De Chirico, Carrà, Mirò to the gallery of the museum. And this happened between the sixties and nineties of the twentieth century.

But of considerable interest for training of the museum's rich collection, was the acquisition of the collection of Chiara and Francesco Carraro, donated to the museum by the homonymous foundation on May 9th 2017: eighty-two masterpieces of the 19th century, which contributed to make Ca' Pesaro one of the most avant-garde museums in the field of Contemporary Art.

The Museum of Oriental Art: a focus on the Levant 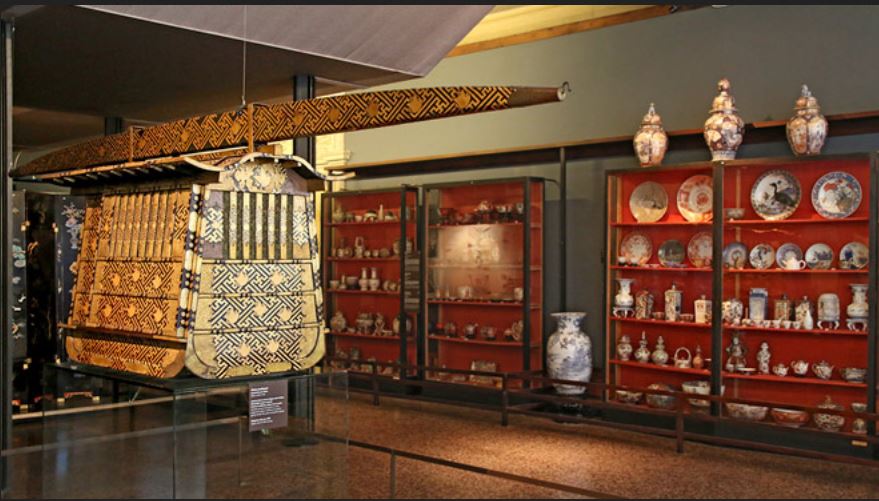 Parallel to the creation of the prestigious museum, the top floor of the building was also enriched by the prestigious Oriental art collection of Enrico di Borbone, Count of Bardi. In fact, during his travels in the Far East, the count gathered a vast body of works which he placed in his home in Palazzo Vendramin Calergi with the intention of creating a museum for himself. After his death the collection became the property of the Italian State, which in 1925 in agreement with Venice, decided to establish on the top floor of Ca' Pesaro: the Museum of Oriental Art was born. Here it is possible to admire in the rooms dedicated to Japan armours and vestments and various objects of the so-called Edo Period. In other rooms of the museum the objects of lacquer of the wedding kits of the time and musical instruments of high handicraft are not to be missed A visit to the Oriental art museum thus becomes an opportunity to get to know in depth the uses and customs of the Ancient East.

The Contemporary Art in Ca' Pesaro: five works not to be missed

Leaving aside the continuous activity of new exhibitions and exhibitions that normally take place on the second floor of the building, which are the most important works of the permanent collection of Ca' Pesaro, the masterpieces that indelibly distinguish the identity of the Venetian museum? Here are five names not to be missed:

In short, this is just an appetizer of the lavish cultural banquet that awaits you at Ca' Pesaro. Move on we are waiting for you!

The museum can be visited at the following times: