Divine: The Biennale celebrates the actresses of the Venice Film Festival

A journey of more than seventy years to discover the female faces that have illuminated the Lido di Venezia in the editions of the longest film festival in the world.

A journey through time between cinema and beauty 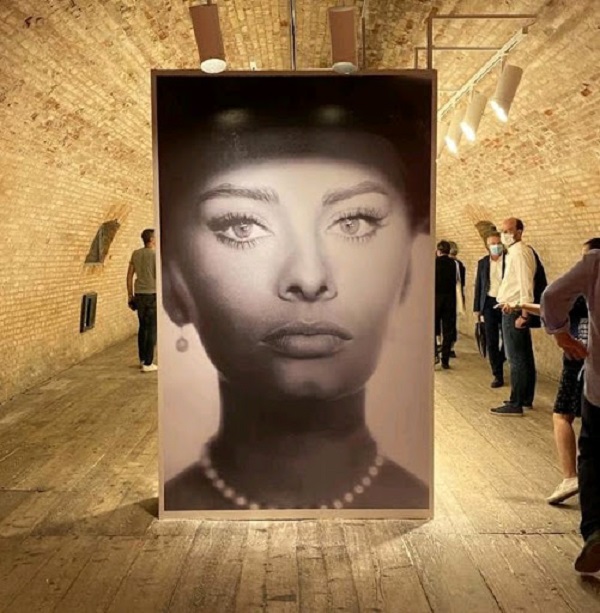 Already a poster and banner of the exhibition "Divine" anticipates it, but the impact is still very impressive when the visitor finds before his eyes the bright and beautiful face of a young Sophia Loren. A blow-up of a black and white image dated 1958, the year in which the Italian actress won the Coppa Volpi for the best female performance in Martin Ritt's film "Black Orchid". This photo, however, is only the prelude to a photo gallery capable of retracing more than seventy years of cinema and beauty in Venice.

The exhibition, curated by the artistic director of the Biennale Cinema, Alberto Barbera, has been realized drawing from the immense and precious photographic collection preserved by the Historical Archives of the Biennale. It was hosted in a very special location. We are in fact inside Forte Marghera, one of the defense garrisons belonging to the entrenched camp of Mestre.

In what was once an Austrian powder magazine, 92 images have been arranged depicting some of the most famous names landed on the Lido of Venice between 1932 and 2018. All images, as the title anticipates, only female, the "divine" in fact, who have fully earned their immortality by distinguishing themselves not only by their beauty, but also by the roles played in many films.

The exhibition has been realized thanks to the City of Venice, Forte Marghera Foundation and the Superintendence of Archaeology, Fine Arts and Landscape for the City of Venice and the Lagoon. Started on July 16, it can be said to have served as a prelude to the 77th Venice International Film Festival and will therefore also serve as a prologue in this difficult year for Italian and international culture. A Bienniale that has never stopped, however, and thanks to its immense Archive, wanted to show even before this exhibition, that is during the lockdown period, a special attention to the enhancement of its photographic heritage, putting it for a good part available to users on the web.

From interpreter to divine. The evolution of the actress and the woman 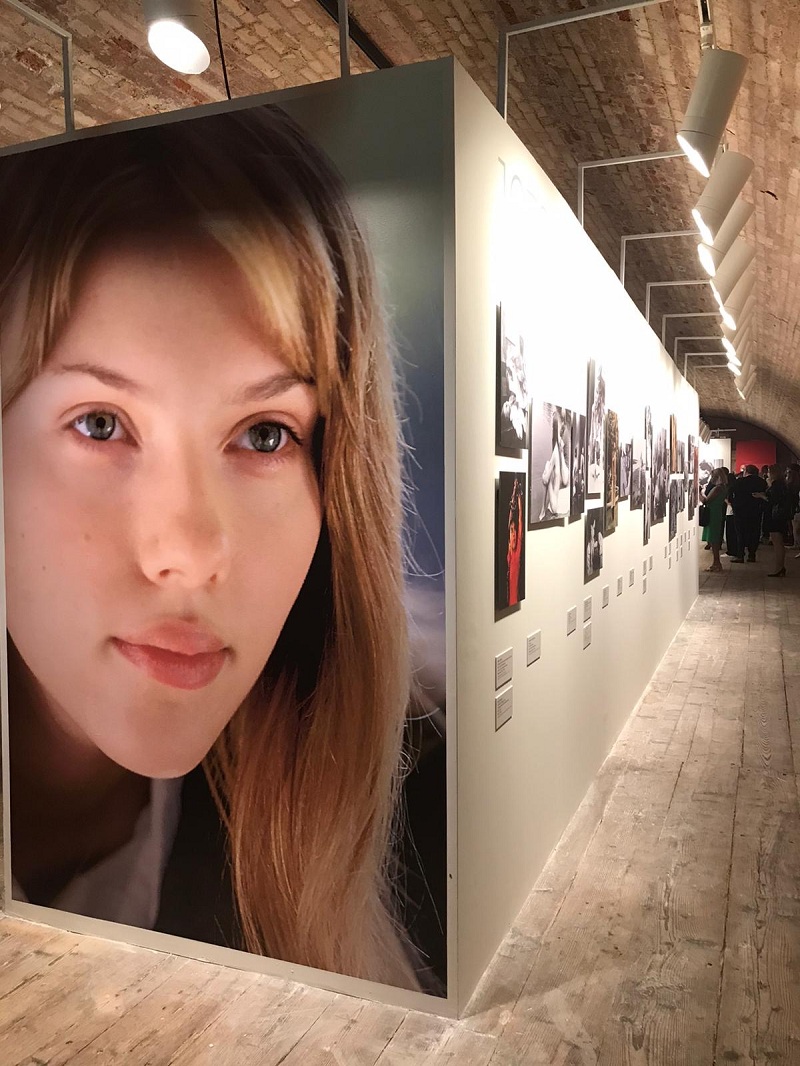 "Of the many threads running through this history of success, downfall and resurrection, we have chosen one for this temporary exhibition at Forte Marghera, the title of which allows no uncertain interpretations". This is how Alberto Barbera, Artistic Director of the Venice Film Festival, describes this exhibition. He also explains how the cinema itself has evolved over the course of time, transforming itself from a freak show linked to village fairs to a real industry capable of making dreams come true, but also of transforming the concept of the film interpreter himself. A real revolution that had as its starting point precisely the female figures.

In this context Barbera defines "Future Eva" the image of "divine" born from the fusion of what was the prima donna of the opera and the female representation that the arts spread throughout Europe in the 19th century.

The history of cinema teaches us that it was initially more women who became divas in the panorama of celluloid stories. Let's think for example in Italy where, in the early twentieth century, the most famous names were those of the silent divas Lyda Borelli, Francesca Bertini and Pina Menichelli.

Why? It was easier for women to embody some of the themes of mass culture of the time, such as the aspiration to beauty and youth. It was understood, however, that it could also become an economically rewarding operation to idealize, model the female faces of the cinema according to the needs, transform them into abstract realities and make them venerable by the public.

Along the short but interesting exhibition, what surprises and impresses the most, passing from photo to photo, is the very evolution of the woman and the diva. At the end of the visit a reflection is born therefore really spontaneous. Observing the images we realize how much the fashion has changed, but even more so how the allure that covered the divas has slowly faded over the years.

When we get to the last wall, the one with the most recent images, we realize how much cinema has lost that sacred aura that had permeated it from its beginnings until the early '60s. At that very moment, in fact, the magical world made of dreams and illusions to give to the public in the theater began to transform. With the advent of television first and the spread of streaming platforms then, passing through pay per view channels, that uniqueness that permeated every single film is lost in favor of disposable consumption.

Today the diva is no longer what she used to be, it is enough to go through this gallery of images with a curious and attentive eye to understand how much the perception of the actress has changed over the years compared to the past. And it is certainly not only because of the transition from suggestive black and white to color that a certain particular beauty of the faces vanishes.

Says the President of the Venice Biennale Roberto Cicutto about "Divine" "that it tells the fundamental role of women in the history of the Seventh Art. "Divine" evokes the beauty, the glamour, the allure and emotion of the red carpet. Today, thanks to the talent and the histories of these women (not only the actresses but also the protagonists in all the “film professions”), many more women and men have learned to take on responsibilities that had been ignored for centuries".

Through their work in his introduction, we have achieved a greater and better understanding of the changes in our society. 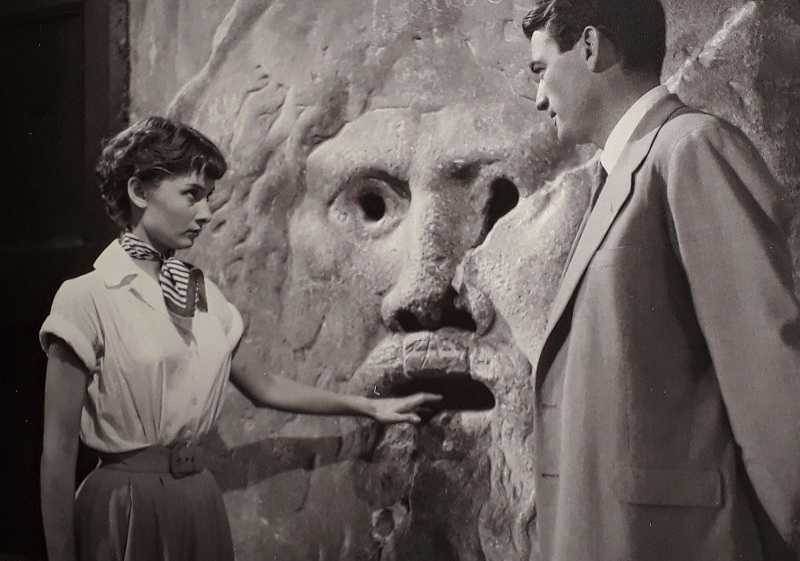 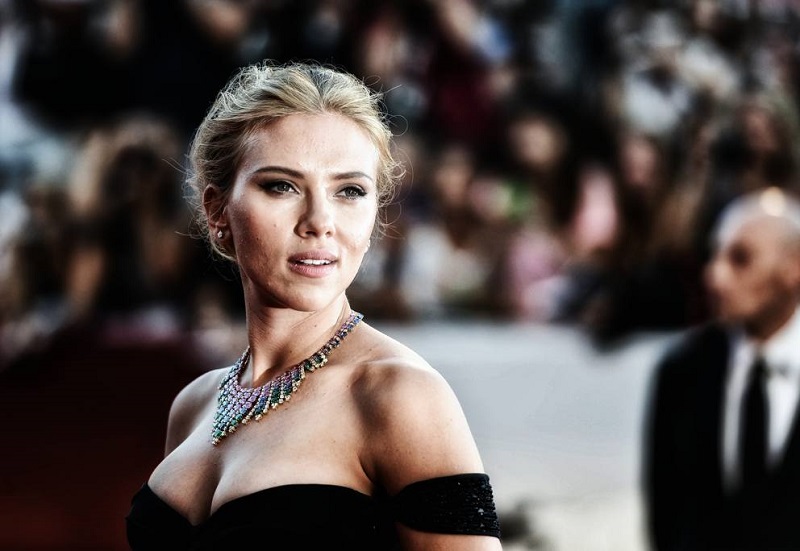 "Divine. Portraits of actresses from the Venice International Film Festival 1932 - 2018" is not the only exhibition organized by the Biennale in this period.

In fact, until December 8, 2020 it is possible to see at the Giardini of the Biennale "The Disquieted Muses: when La Biennale di Venezia meets history", an exhibition curated by all the Directors of the six Sectors (Art, Architecture, Cinema, Theatre, Music, Dance) and that allows to relive the key moments of 125 years of life of the Venice Biennale.

"Divine - Portrait of Actresses from the International Film Festival 1932-2018".