Douglas Kirkland in Venice: the exhibition dedicated to the invisible eye of cinema

"Freeze Frame, 60 Years Behind the Scenes of Cinema" is the title of the exhibition dedicated to Douglas Kirkland, legendary Canadian photographer who for more than 60 years has immortalized the great movie stars of Hollywood and beyond. The photographic exhibition is hosted by the Candiani Cultural Center in collaboration with Photo Op and the City of Venice: the exhibition was inaugurated on February 15 and will be open until April 19, 2020.

A wide series of photographs that tell the golden years of world cinema, faces that became icons in the years to come and real legends in the flesh: from Marcello Mastroianni and Sofia Loren, to Fay Dunawey and the iconic Brigitte Bardot, to Robert De Niro and Leonardo di Caprio, are just some of the names immortalized in their naturalness and with extreme simplicity by Kirkland. 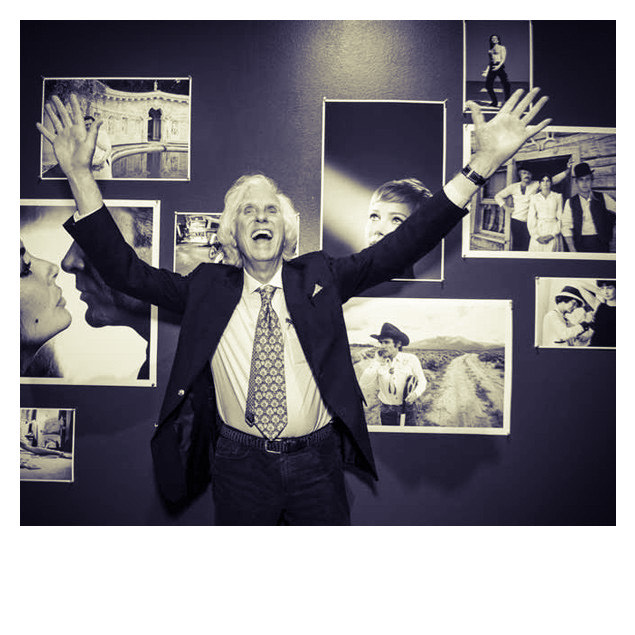 Kirkland was born in Canada, in Toronto 86 years ago. He began his career as a photographer at an early age when he became assistant to the legendary Irving Penn. He joined the Look magazine team a few years later.

But the chance of a lifetime, the one your career takes, comes the following year: it's 1961 and on the occasion of the magazine's 25th anniversary he is entrusted with the task of immortalizing the icon of icons: Marilyn Monroe. Locked in a hotel room with a few collaborators, he manages to portray the actress in her naturalness, wrapped only by the white sheets of the bed: a sort of black and white where the platinum blonde hair and the diva's penetrating eyes come out of the film. The photo shoot, even to say the least, goes around the world. The death of the actress a few months later, will make these photos true legends, still today a symbol of an era of glamour and charm perhaps unrepeatable, which transformed the Monroe from diva to divine, and Kikland from photographer to THE photographer! At that moment he was only 24 years old!

That's when he began his career in cinema, becoming the official target of international productions, succeeding in capturing moments of private and official sets, but also entering the soul of the stars, thanks to posed services. How can we forget the photos taken in a car to a very young and beautiful Fay Dunawey, who opens her arms to the sky, disrupted by the wind and kissed by the sun, who gives a dreamlike cinematographic photography. Photos become works of art, like great painters, the best portrait artists.

Kirkland was the invisible eye of films like Fahrenheit 451, The Countess of Hong Kong with the young Sofia Loren, My Africa by Sidney Pollack with Meryl Streep and Robert Redford and the modern Moulin Rouge with Nicole Kidman and Ewan McGregor, and again The Great Gatsby with an extraordinary Leonardo di Caprio, and again Di Caprio dancing on the most famous liner in history with Kate Winslet in Titanic: more than 170 films, from the 60s to today!

Many awards for his work: among them the Italian Nastro d'Argento in 2015, and then The Golden Eye of Russia, Lifetime Achievement Award from CAPIC in Canada, the LUCIE Award for Outstanding Achievement in Entertainment Photography, up to the prestigious President's Award of the American Society of Cinematographers ASC.

Freeze Frame, 60 years behind the scenes of Cinema: the exhibition The exhibition Freeze Frame, 60 years behind the scenes of Cinema is a wonderful journey into half a century of great cinema: a photographic exhibition of stolen shots on the most famous sets of international cinema art to reveal the passion and effort, emotions and relationships that are hidden in the "behind the scenes" of great films, but also posed reports depicting the most famous stars of the Hollywood system, between sequins and real and intimate life, offering a magnificent double perspective. The exhibition is curated by Marta Cannoni, Livia Corbò and Elisabetta Da Lio, who, passionate about photography and cinema, pay homage to Kirkland bringing back to life a phenomenon of costume known as the star system on which the film industry of the twentieth century was based.

"Douglas Kirkland knows that the image must be synthetic and rich, containing a lot of information at the same time, because in cinema (and photography) you have little time to tell and you have to say many things. Douglas indulges in instinct, risks, seeks. He is not interested in beauty as an end in itself, he wants to stop life, that's why he is one of the greatest directors of the "still image" of our age, precarious and unstable like cinema." these are the words of Cristina Comencini about the idea of photography hidden behind Douglas Kirkland's portraits.

The visitor is immersed in the atmosphere of Hollywood that was, between Fay Dunawey smiling and embraced by a charming Marcello Mastroianni and Brigitte Bardot covering her naked body with a turquoise curtain like a modern Botticellian Venus, and then Jack Nicholson proudly clutching the Oscar obtained thanks to his masterful performance in The Someone flew over the cuckoo's nest, but also the legendary shots of the Marilyn Monroe sex bomb that gave him the deserved celebrity. And then Vittorio De Sica, Sophia Loren, Maryl Streep, Robert De Niro, Paul Newman, Jane Fonda and others.

The exhibition dedicated to Douglas Kirkland is only the last of the events that links the city of Venice to the seventh art, an indissoluble relationship made up of exhibitions, projections, unforgettable sets and the magnetic attraction that the charm of the Venetian city exerts on the stars of world cinema. Moreover, it is in the splendid setting of the Lido that the oldest film event in the world takes place, the Venice International Film Festival organized annually by the Biennale di Venezia: born in 1932, when Giuseppe Volpi, Antonio Maraini and Luciano De Feo decided that the first international event dedicated to cinema should take place in their city. Today the Golden Lion is one of the most sought-after and prestigious prizes that a film can receive. Kirkland's scrutinizing eye has been present on many of the sets of the films presented at the Lido, and all the stars immortalized have made at least once in their career the red carpet of the Venetian Palazzo del Cinema.

Cinema and photography, the master Kirkland and Venice: perfect connections, exciting reasons to visit the exhibition!

The exhibition "Freeze Frame, 60 years behind the scenes of cinema" is divided between: