Intrigues and Templars in Venice

The Templar Order was founded in 1118 at the end of the first Crusade. Originally made up of 11 French friars, the Templars had the task of defending the pilgrims who traveled along the holy lands, between Jaffa and Jerusalem, from the attacks of assassins and criminals. Over time the Order became more and more numerous and it is said that they became the custodians of the Holy Grail. The power of the Order then spread throughout Europe and its long history crosses that of many countries, including Venice. For many centuries, Venice has maintained dominance on the trade routes between the west and the east. In medieval times the Venetian Lagoon was a land frequented by a large number of travelers, some remained, others were only passing through but many of the legends that were left behind they still continue to resonate along the streets of the city and are sometimes engraved in the marble of the buildings.

Was the Holy Grail in Venice? 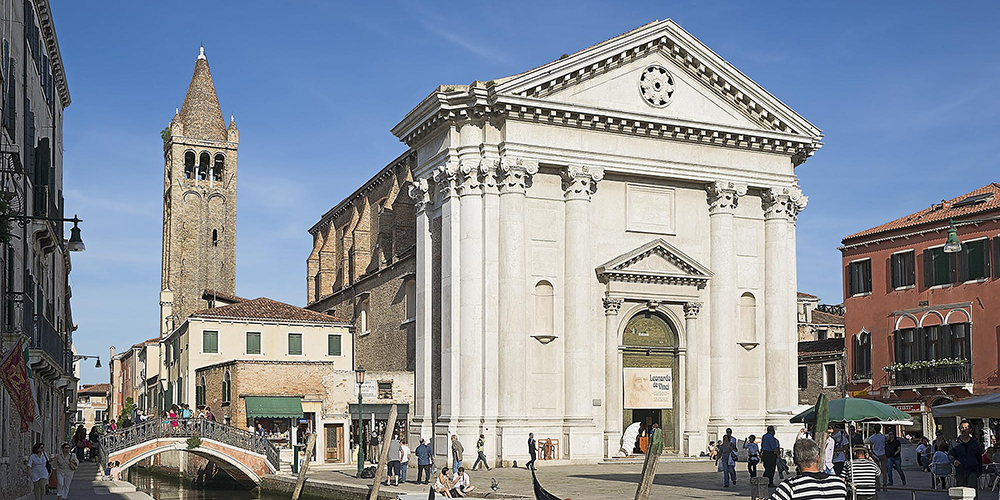 The Holy Grail is the most famous and mysterious religious relic in history. The name refers to the cup in which Joseph of Arimathea collected the blood of Jesus Christ on the Cross. According to some legends, the Holy Grail arrived in Venice after the sacking of Constantinople in 1198, when many sacred treasures were brought to the city. The sacred cup was hidden in the throne of San Pietro which is currently located in the Basilica of San Pietro in Castello, one of the oldest churches in Venice, which was built in the seventh century near a Byzantine fortification, the 'castle' from which the whole district took its name.

As proof of the passage of the relic in the Lagoon there is the Church of Barnaba in which Nicodemo de Besant Mesurier is said to be buried, one of the custodians of the Grail. The church was founded in 936 by the Adorni family but was consecrated in 1230 by the Order of Preachers, whose patron was Mary Magdalene, a figure who has always been linked to the legend of the Holy Grail and the Templar tales. 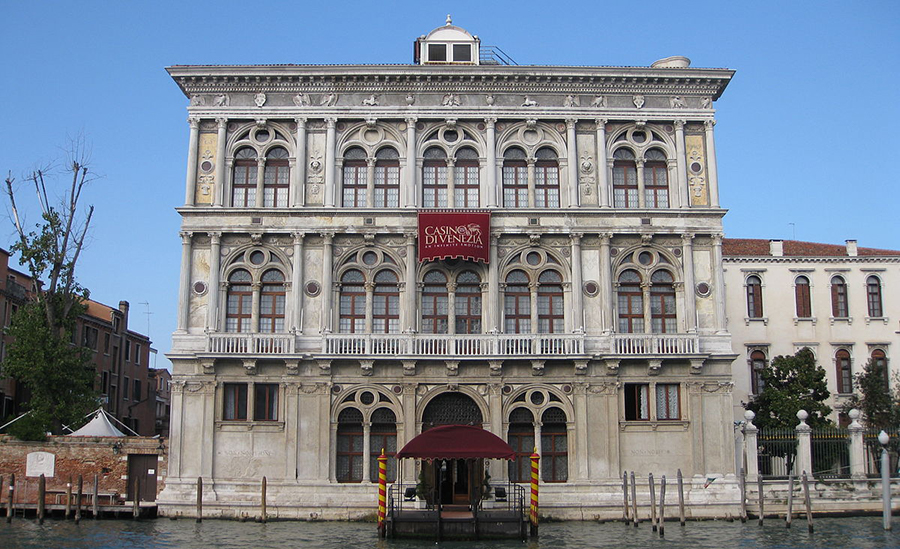 The famous Venetian palace, Ca ’Vendramin Calergi was built by the Loredan family at the beginning of the 16th century, today it is the seat of the Venice Casino. Located in the Cannaregio District, the palace overlooks the Grand Canal and the sumptuous Renaissance façade has a characteristic that has enveloped the building in mystery and made it the protagonist of numerous legends. The motto of the Knights Templar of the Ordo Templi is engraved on the base panels which quotes: "Non nobis Domine, non nobis, sed nomini tuo da gloriam" (Not to us, O Lord, not to us, but to your name it gives glory ). A part of the verse has been deleted, in all probability it was lost after the demolition of the wing of the building on which it was engraved, and today it is possible to read only the first part "non nobis domine". It is assumed that Ca 'Vendramin Calergi was one of the Venetian haunts of the Knights Templar, in particular after the dissolution of the Order in the early 1300s, when many acolytes decided to hold clandestine meetings between the rooms of the current casino. Richard Wagner, who died there in 1883, lived his last months inside the walls of the palace. A commemorative plaque on the brick wall overlooking the Grand Canal bears the verse inscription of the memory of the poet Gabriele d 'Annunzio:

Church of Santa Maria in Broglio and Hotel Luna: between religion and intrigue Destroyed between 1810 and 1823, the Church of Santa Maria in Broglio was a Venetian religious building known as the Ascension Church. The name "broglio" derives from "brolo" that is garden: the building was actually a monastery convent built at the expense of the Republic and granted to the Order of the Templars around the early 1100s. In 1312, the last Templar was expelled from Venice and the building passed into the hands of the Knights of Malta with the obligation to host foreign ambassadors passing through. The church was located next to the Napoleonic wing of the current Piazza San Marco, between the two wings of Procuratie, and it is said that in the Templar era there were a large number of relics including a fragment of the Holy Cross, a gift from Doge Giovanni Dandolo of 1280. Not far from the church, there was a monastery which later became an inn managed by the Templars, the structure is located in an imposing aristocratic palace where today the prestigious Hotel Luna is present. According to tradition the Knights Templar stayed in one of the nearby buildings in 1118, during the Crusades. The inn became a hotel during the 1300s and took the name of Locanda-Osteria della Luna. What once housed travelers for short stays, has now become a 5-star luxury hotel. 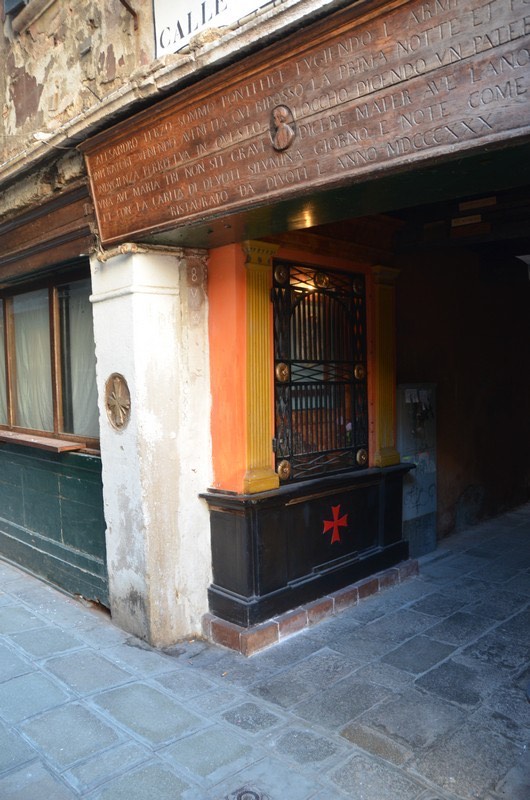 Walking through the streets of Venice, it is not difficult to cross symbols related to the Order of the Templars. In Calle del Perdon there are crosses carved on the marble jambs at the entrance and exit of the street. In this street, in fact, there is the famous Sotoportego de la Madonna, a chapel-like wooden capital, protected by a wrought iron and glass gate. According to tradition, in 1177 Pope Alexander III secretly hospitalized in Venice, the first night of his secret arrival, he slept on the bare earth in the Sotoportego de la Madona to escape the persecutions of the emperor Barbarossa. The Pope chose to sleep right on Calle del Perdon because it was a very safe area and guarded by the Templars. The entrance to the sub-portico is surmounted by a large wooden sign placed in 1830 on which a phrase reminiscent of the event is carved: "ALEXANDER III THE SUPREME PONTIFF ESCAPING THE ARMS OF FEDERICO EMPEROR COMING TO VENICE HERE PUT THE FIRST NIGHT AND THEN GRANTED PERPETUAL INDULGENCE IN THIS LOCATION BY SAYING A PATER NOSTER AND AN AVE MARIA TIBI NOT SIT SERIOUS DICERE MATER HAS THE YEAR MCLXXXVII WITH THE CHARITY OF THE DEVOTED SILUMINA DAY AND NIGHT DURING THE YEAR MDCCCXXX ".