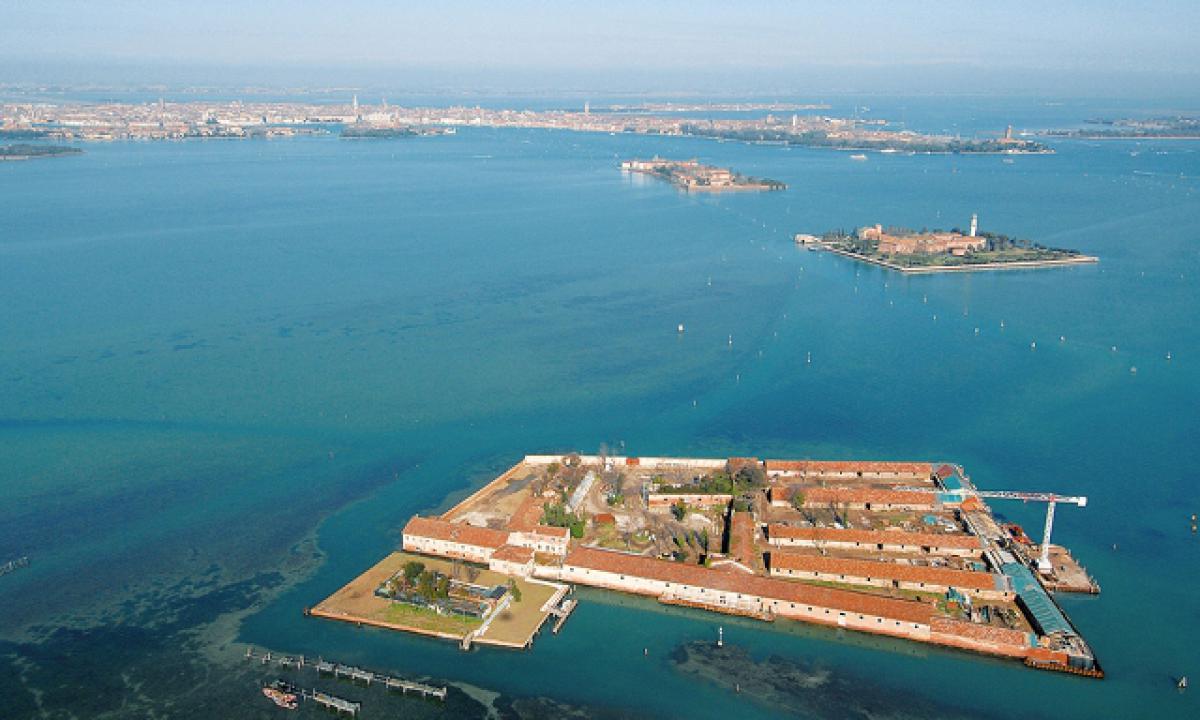 Over the centuries, the city of Venice has shown itself to be at the forefront from the medical point of view, setting up first on a national scale a “lazaret” (“lazzaretto” in Italian), a place of isolation in which contagious patients were kept in quarantine. During the fifteenth century, two buildings for the prevention and treatment of diseases were established in two different places in the Venetian Lagoon: these are the islands of the Lazzaretto Vecchio and the Lazzaretto Nuovo. Set up at two different times, they had the specific task of accommodating the sick and checking if the visitors were infected before crossing the gates of the Serenissima, so as to preserve the health of the citizens.

The Lazzaretto Vecchio: the origins of the first lazaret in Italy 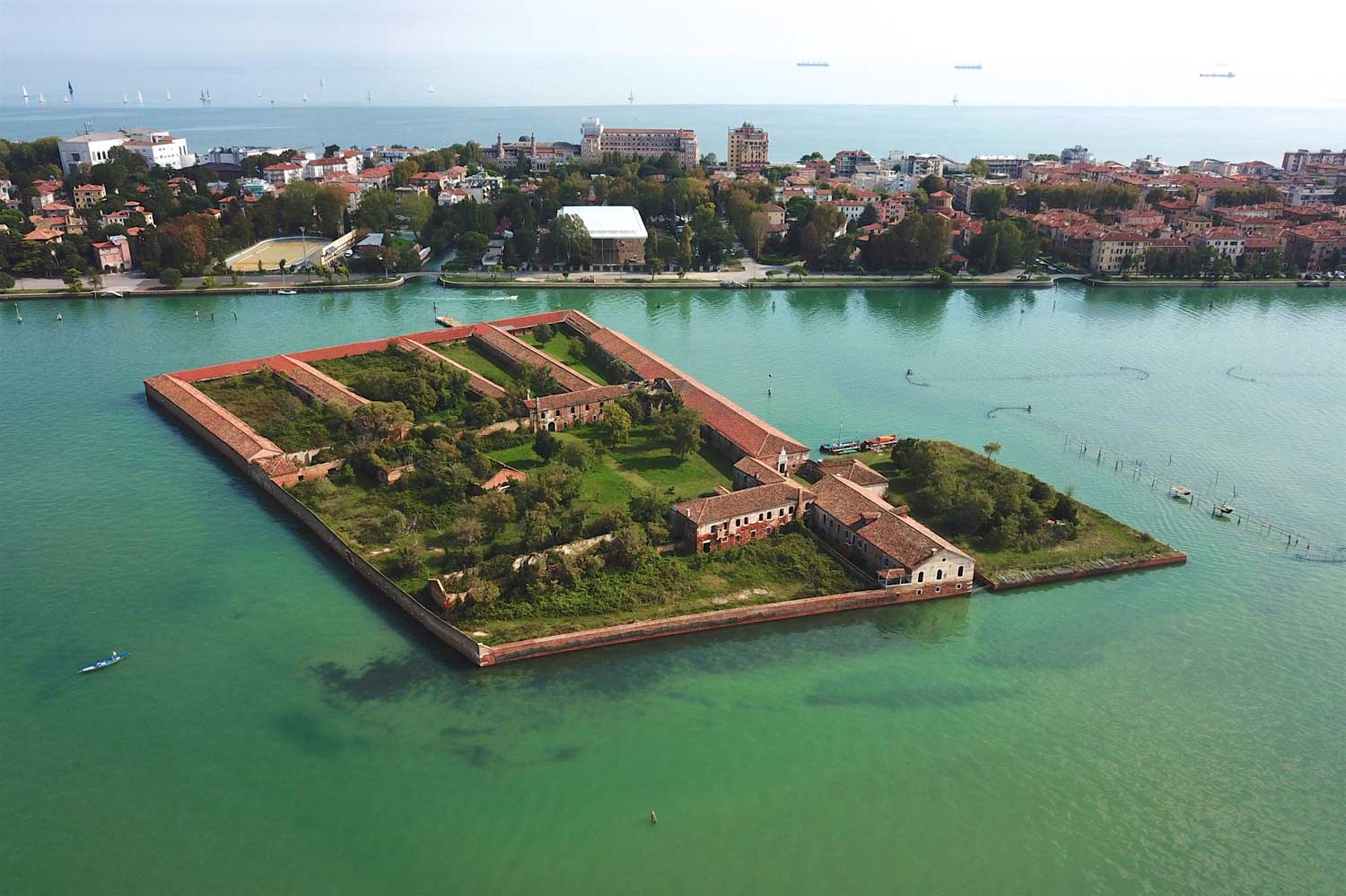 Lazzaretto Vecchio is an island belonging to the central Venetian Lagoon and is located a few meters away from the inner bank of the Lido, precisely from Via Riva del Corinto from which it is possible to see the shoulders of the historical structure present on the small island, and it is from here the ferries leave for the visit of the same. From the name of the island, called Santa Maria di Nazareth, the term Nazareth was derived and later Lazzaretto, a clear reference also to the nearby island dedicated to San Lazzaro, site of the Armenian monastery. Established in 1423 following the choice of the Senate of the Serenissima to house a hospital for the treatment and isolation of plague sufferers, it definitively takes the name of Lazzaretto Vecchio after its construction starting in 1468 of what will become Lazzaretto Nuovo. In this area, recent excavations have shown the presence of mass graves with thousands of burials dating back to the 16th-17th century. Around the middle of the 1800s, the building was used as a military warehouse, consequently demolishing the church and the Romanesque bell tower and, after this function, around 1970 the island and the structure above it was even used as a municipal kennel. After years of devaluation of a place of such great historical and monumental importance, in the new millennium the Ministry of Public Works and the Ministry of Cultural Heritage have adopted considerable interventions on the island, with the intention of making the same the seat of the Archaeological Museum National of the Venice Lagoon. In 2013, after a period of pause and fear that the island would sink again into abandonment and degradation, the Archaeological Superintendency of Veneto has reactivated maintenance works and, collaborating with many other associations, has allowed thousands of people to visit the island, giving it a new life.

The Lazzaretto Nuovo: the intelligence of Serenissima Located north-east of Venice and at the beginning of the Sant'Erasmo canal, Lazzaretto Nuovo has a greater surface area than Lazzaretto Vecchio and the discovery of archaeological finds testify to the human presence already from Bronze Age. Before assuming the recognized name of Lazzaretto Nuovo in 1468 after the establishment of a hospital with the task of preventing infections, the island was called "Vigna Murada": the name was mentioned in the oldest written document relating to the island, a notarial deed dating back to 1015. The island then became an obligatory stop in which ships coming from the Mediterranean and from distant seas had the obligation to stop for health checks: numerous buildings were built to make the structure efficient, including the Tezon Grande, long longer 100 meters and the largest public building in Venice after the Corderie dell'Arsenale. If the visit diagnosed the contagious disease, the patients were transferred to the Lazzaretto Vecchio lazaret. Exactly like the latter, between 1700 and 1800 the island was used for military purposes, entering in a distant part of the lagoon defensive system the data of its strategic position that the automatic access service: the 16th-century arched of the building were closed and reinforced, just like the surrounding walls. Declaring the disposal of the island by the army in 1975, Lazzaretto Nuovo experienced the immediate and decisive restoration and recovery event: thanks to the intervention of voluntary associations, entities and institutions, the island became part of of the City Museum Circuit, also having an ACTV stop on request belonging to line 13 which starts from Fondamente Nove and arrives in Treporti, passing by Sant'Erasmo.

An historic-anthropological stage just a few meters from the Lido 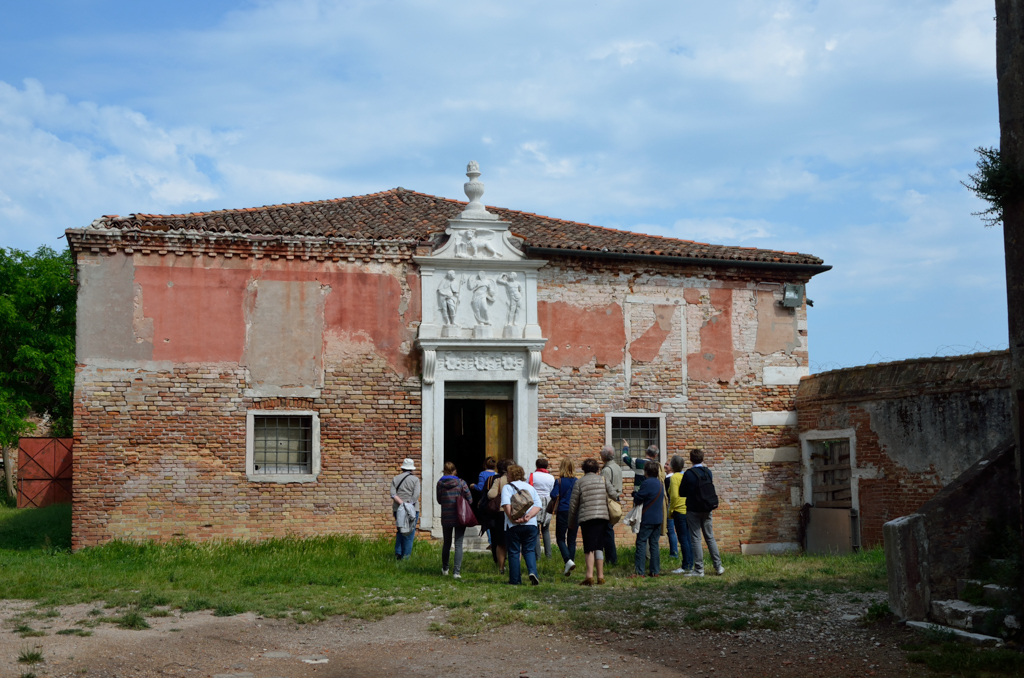 Although at different times, both islands destined for the treatment and control of diseases and after used by the military authorities, were revived thanks to an intervention by the institutions. Today, thanks to the extraordinary Sunday openings, the island of Lazzaretto Vecchio can be visited both inside and outside: during the discovery of the place, you will be accompanied by a guide who will show you the hospital and the galleries including pictorial evidence on the walls, the houses of the building managers, the cells of the patients and the two gardens. On average, the visit lasts an hour and at the entrance there is a free contribution that supports recovery and maintenance activities. In 2015 the island contributed, together with the Lazzaretto Nuovo, to the 56th Venice Biennale at the request of the artist and sole Dutch exhibitor Herman de Vries and, from 2017, the island is part of the the Veneto Museum Pole. With thousands of visitors a year, Lazzaretto Vecchio proves to be a fascinating and worthy place worthy of being visited. Together with the Lazzaretto Nuovo, it will be a historical-anthropological stage of the future National Museum of Archeology of the Lagoon and the City of Venice.

The enhancement of a place that combines history and nature 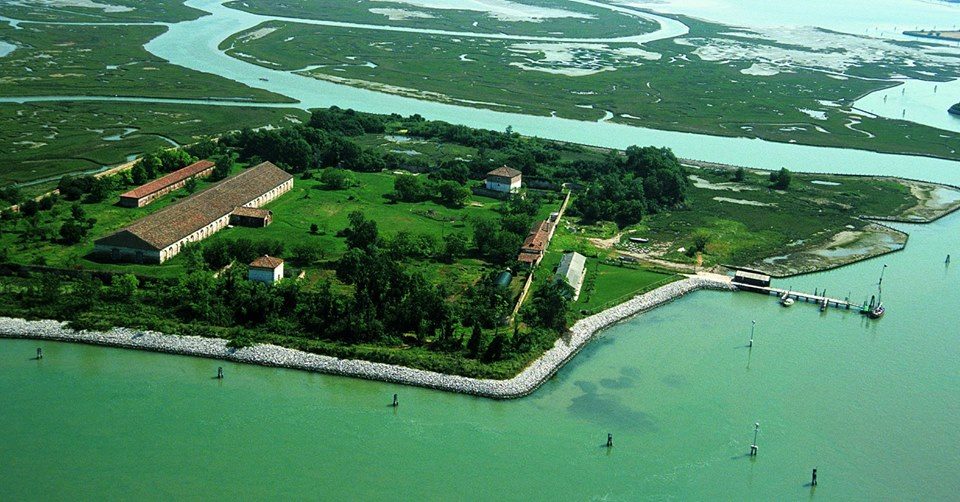 Lazzaretto Nuovo received restoration and recovery work earlier than Lazzaretto Vecchio, and this leads it to be a tourist destination of greater depth: it welcomes around 15,000 national and international visitors annually. From April to October, the Lazzaretto Nuovo can only be visited on Saturday and Sunday with two guided tours a day, but the island is also home to meetings, exhibitions and events that enhance the culture and traditions of the lagoon. The visit lasts two hours and includes a historical-archaeological route inside the walls and the Tezon Grande, as well as an outdoor nature walk. Just like on the island of Lazzaretto Vecchio, even here there is a free contribution that supports recovery and maintenance activities. The visit starts from the inside of the walls: after having crossed a path notified by the presence of centuries-old mulberry trees, you will cross the walls of the Tezon Grande which preserves graffiti and pictorial evidence dated between the end of the 1500s and the beginning of the 1600s, documenting the health activities that took place there. The building houses both temporary and permanent exhibition sections, related to health care, fishing and navigation. Going outside, you can visit the excavation area, where there are two still functioning Venetian wells, and climb the walls. The second phase of the tour includes a walk of about 1 km called "sentiero delle barene", that is a visit outside the walls of the lazaret that will allow you to completely immerse yourself in the lagoon nature. Since 1987, summer archaeological camps have been organized, which include laboratory and research educational activities, which have allowed the area not only to be cured by the Ministry of Cultural Heritage, but also to be included in historical-naturalistic and educational itineraries of the Municipality of Venice .