M9: in Mestre a museum that tells the Italian 20th Century

Is it possible to tell the 20th century in a museum? In Mestre this is a reality thanks to the permanent exhibition of M9, Museo del Novecento. A place that fascinates inside and outside, a multimedia experience for young and old that allows you to take a journey into what the English historian Eric Hobsbawm called the short century.

It is therefore worth leaving Venetian calli and campielli for half a day and live this real adventure in time.

A smart city between ancient and modern 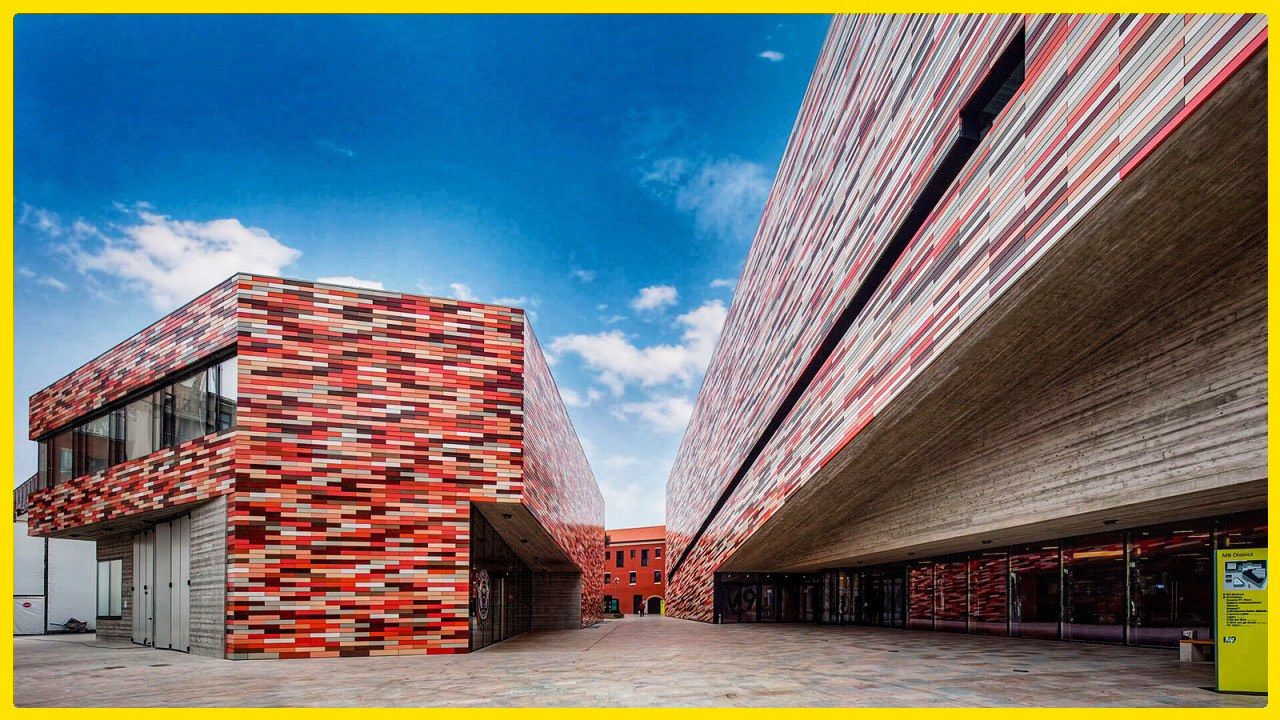 M9 is a museum dedicated to the history of the Italian 20th century that amazes you from the moment you arrive in its vicinity. This area in fact has a lot to tell and you can understand it from the different architectural styles, but in perfect harmony, that welcome visitors.

Entering from the arcades of Via Poerio, just behind Piazza Ferretto, we find ourselves in a cloister, now restored and brought back to life thanks to the commercial activities that arise there. Some contemporary architectural components do not diminish what remains of the Convento delle Grazie, dating back to the 16th century and which over time has undergone more transformations not only structural, but also of use. In a state of neglect for years, the area of the old building has therefore been chosen to give Mestre a museum and at the same time recover a central area of the city.

The part of the building that overlooks Via Poerio, in the heart of Mestre, has opted for a conservative restoration, while the inner part of the cloister has undergone a structural addition. A roof now makes it a suitable space in all weather conditions and therefore a place to stop for visitors or to meet those passing through.

Where the museum is located, it has been decided to create a completely new building, able to amaze for its shape and the polychromy of the ceramic tiles that completely cover the structure: a chromatic game that catalyse the attention, without doubt. Something original, unusual for the city of Mestre and able in this context to aesthetically create a total detachment with everything around, but with this around it blends in and dialogues with harmony.

It was 2010 when the Fondazione di Venezia launched an international competition for the design of M9. It was won by the German studio Sauerbruch Hutton with a proposal for an urban regeneration project that included a system of new and restored architecture that would integrate perfectly into the city.

M9 today is a real smart city thanks to the green choices for energy efficiency and environmental sustainability, as well as the widespread use of new technologies to offer innovative services to citizens and those who are just passing through Mestre.

Interesting the eco-sustainable choice to use raw materials with low environmental impact, the installation of 276 photovoltaic panels and a geothermal field with 63 probes that at a depth of 110 meters are able to produce 100% of the heating throughout the district.

So why an Italian 20th century museum?

To tell a story that is everyone's heritage and that has developed over time thanks to a series of small and large transformations that have taken place in daily life, in all its many aspects.

It has been decided to retrace, thanks to the tools offered by the most modern technology, the important moments that have marked and changed Italy and Italians from the point of view of social habits, but also of cultural, political and economic transformations.

In the M9 museum you will see few real objects, but a lot of multimedia and virtual experiences. The images become the protagonists of this exhibition space where all the senses are called to participate.

An experiential journey through history One hundred years to discover in two floors and many experiences to live or relive moments and emotions that belong to us. It doesn't matter whether you are an adult, an old person or a child. M9 speaks to everyone in a different way allowing everyone to receive messages appropriate to their age.

The museum is divided into eight sections, all to be experienced as protagonists. One important thing: you are allow to touch!

The Italian twentieth century museum M9 has not had an easy life since it opened in December 2018.

However, there are many initiatives for its relaunch in this period as well as collateral activities organized within it. The third floor, for example, was created specifically to host temporary exhibitions. The last one currently underway is Lunar City, an exciting journey through the history of space travel between past and future. In the M9 calendar there are often also important meetings with personalities of culture and science hosted in the 200-seat auditorium, incorporated in the structure. A huge potential not yet fully understood. In fact, a multimedia museum in Italy is not yet a well-known and sufficiently appreciated reality as it is now abroad. A new challenge that will perhaps be told in a century in a museum that will host the Italian history of the last 200 years!

M9 is in Via Giovanni Pascoli 11, Mestre.