Mazzorbo: a land of worship and traditions at the gates of Burano 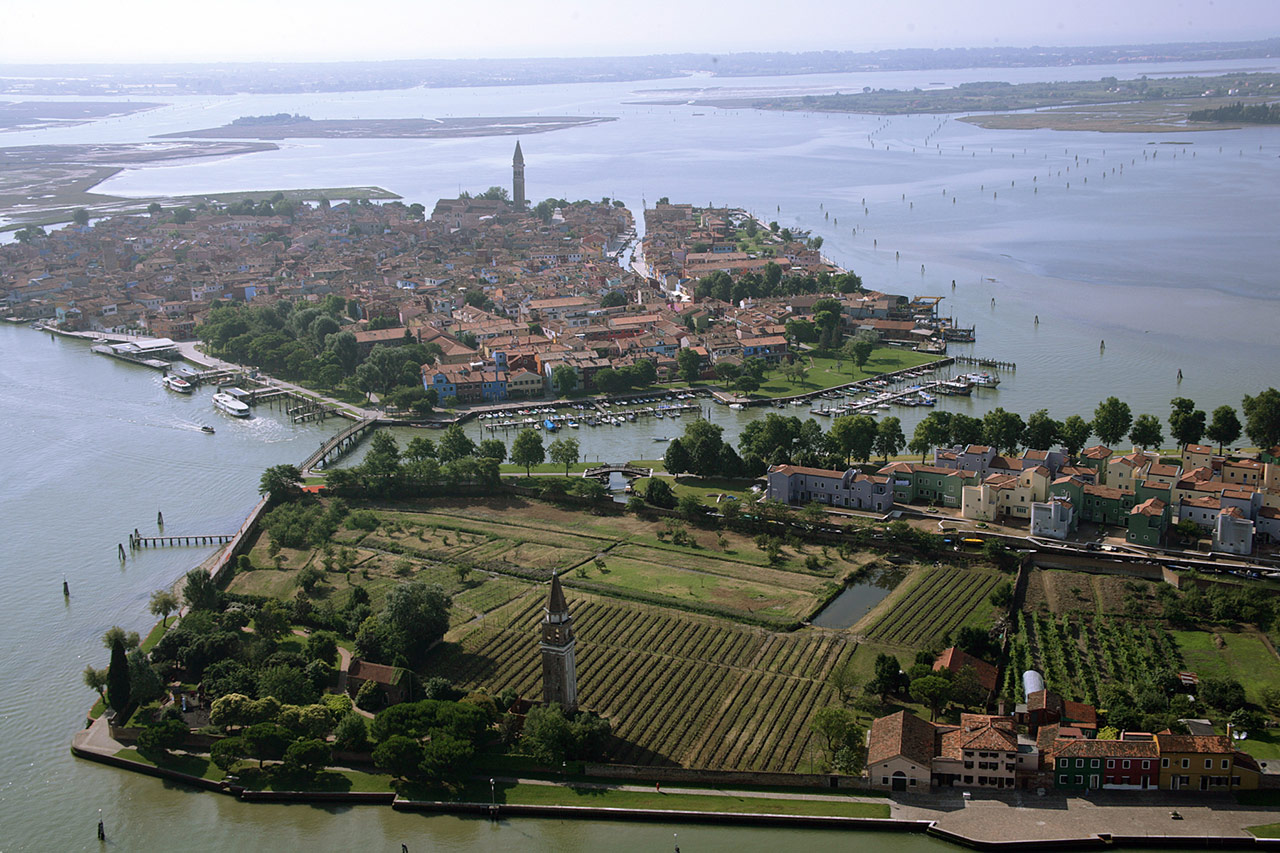 Located a few meters west of the colorful island of Burano, Mazzorbo is a group of three islands sites in the eastern Venetian Lagoon. It reached its maximum splendor around the tenth century, becoming an agricultural land suitable also for breeding and a place of leisure for Venetian patricians. Archaeological finds preserved in the nearby Provincial Museum of Torcello prove the settlement of populations in previous eras, and the fact that it was a place of trade in the pre-Roman era. It is part of the municipality Venice-Murano-Burano or Insular Venice which includes the historic center of Venice and the islands of the northern Lagoon.

The three islands that form Mazzorbo: a journey guided by their stories 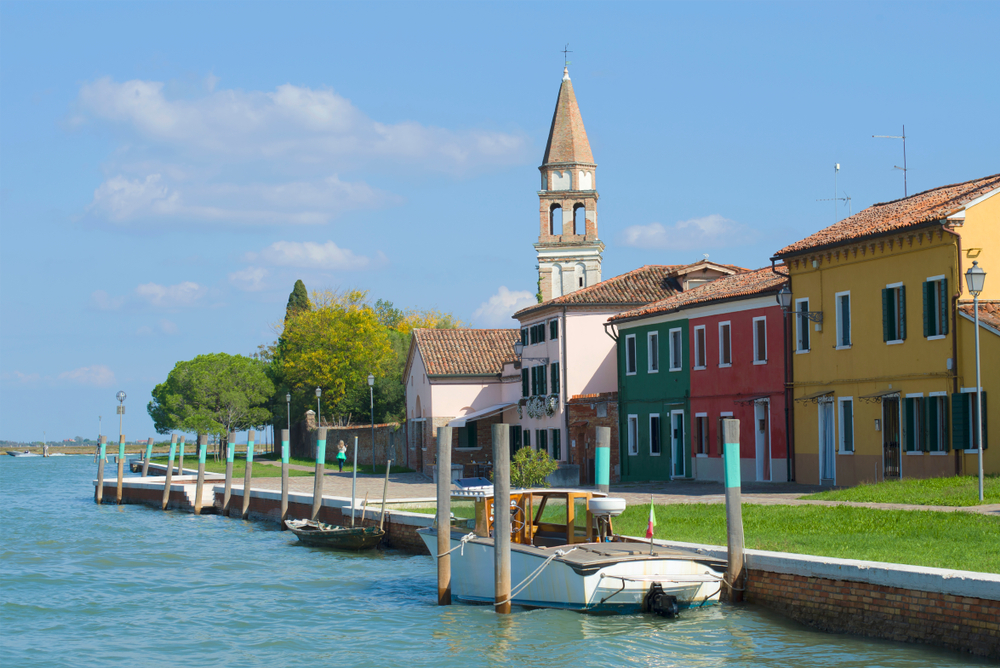 Generally referred to as the island of Mazzorbo, geographically they are three distinct islands: the “Eremite’s island”, the largest in size and population, connects to nearby Burano thanks to a wooden bridge called "Ponte Longo" by the locals. It has a short internal blind canal, used by residents as a safe place to dock their boats, which divides a small residential area from an area characterized by the presence of crops. The Eremite island is crossed by a single fondamenta which, starting from the bridge that connects it to Burano, continues throughout the eastern, northern and western perimeter of the island: it is called Fondamenta of Santa Caterina, a clear reference to the only Church remained intact on the island as well as point where it ends. Walking along the foundations you can admire on your right side a suggestive scenery facing the Burano Canal and the nearby marshy area belonging to the island of Torcello, while, on your left side you will be accompanied by a walled vineyard that makes Mazzorbo a small land linked to its agricultural traditions. Continuing north, before arriving at the terminal that connects Mazzorbo to Venice, you will pass through a delightful garden that houses the remains of the Church dedicated to San Michele Arcangelo, demolished in 1800, and the Campanile of San’Angelo. Crossing the northern part of the island, characterized by colorful dwellings and taverns that are reflected on the Mazzorbo Canal facing the island of Mazzorbetto, you will arrive at one of the two bridges that connect the Eremite’s Island to the island of Santa Caterina. The island was formed in 1927 with an excavation that allowed the Mazzorbo Canal to continue in a straight line towards Murano and turned its gaze towards the church of the same name, leaving its twin and third island, uninhabited and without any bridge that serves as a link.

The "surviving" Church of Saints Peter and Catherine There are witness that confirm Mazzorbo as an even older island than Burano: despite being small and inhabited today by less than 300 people, it was rich in places of worship. The only church saved by the demolition of ten that over the centuries have arisen on this island, is the Church of Santi Pietro and Caterina. Characterized by a bell tower built in 1318 and therefore the oldest in the Venice Lagoon and one of the oldest in Europe, the Catholic Church, built towards the end of the 13th century, is easily confused with the other few houses on the island, given the martyrdom through restorations over the centuries that favored the dispersion of connotations characteristic of the building and above all of the front, which includes a wooden door with a semi-circular marble sculpture that acts as a hat, and four windows carefully divided into pairs for each side. After entering, you will find an ancient open place: a suggestive atrium that precedes the Church with a portico characterized by two pairs of three round arches supporting two columns. Both the bell tower and the church were conceived using a Romanesque-Gothic style which confirms, therefore, the construction close to the 13th and 14th centuries.

The nearby island of Mazzorbetto

North of Mazzorbo and divided by the homonymous canal, you will find the island of Mazzorbetto. Despite the diminutive name, the island appears to be slightly larger than the Eremite’s island, even after having been hit by floods that submerged a good northern part of it. It can be reached only by private boats and houses some villas, including the one that once belonged to Giacomo Casanova, writer, diplomatic, philosopher and secret agent of the Republic of Venice. Exactly like Mazzorbo, also on the island of Mazzorbetto there were now lost places of worship, including the monastery of Sant’Eufemia in the south-east, and the parish of San Pietro in the south-west. However, the only historic building on the island, named Forte di Mazzorbo, remains intact in the eastern area. Built for defensive purposes by Austrians and Italians and built on the ashes of the monastery of Sant'Eufemia demolished between 1837 and 1838, it remained abandoned following its construction until 1981, the year in which the AGESCI (Association of Italian Catholic Guides and Scouts), looking for a building suitable for naturalistic and nautical activities, made the Fort usable until it obtained funding to restore it. A good part of the rest of the island, although almost completely uninhabited, is a land of cultivation.

A land of traditions linked to agriculture 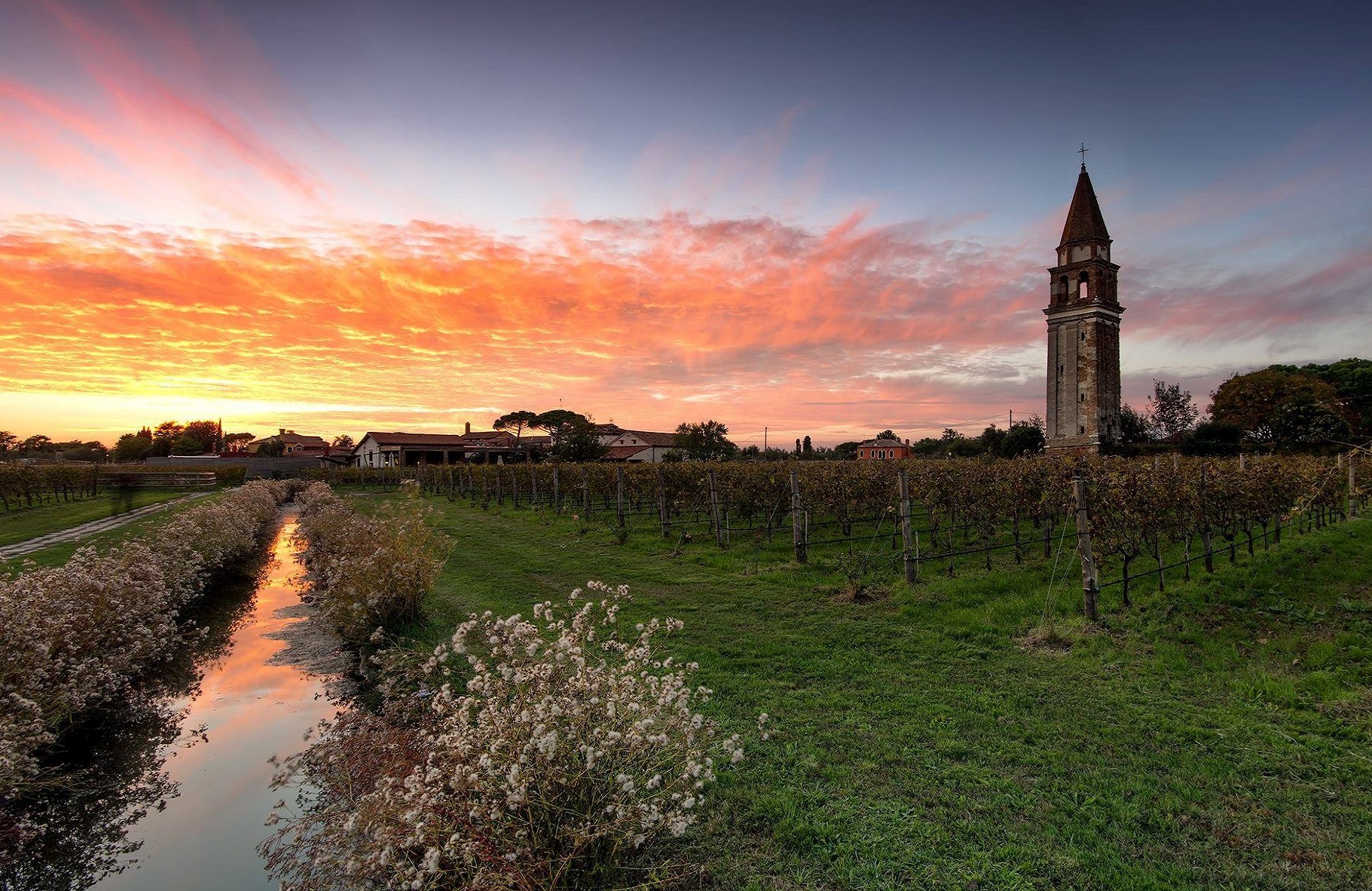 Despite its small size, Mazzorbo's greatness lies in the traditions that over the years, unlike the places of worship, remain intact. On the islands there are various cultivated areas: very famous are the "castraùre", that is the first sprouts of the artichoke, to be savored raw despite the bitter taste, fried, served cold with lemon or with “schie”, or rather Lagoon shrimps. Of considerable importance is also the cultivation of "dorona" grapes, coming from rare and peculiar vines of the Venetian Lagoon. Every year, between the end of June and the beginning of July, visiting the island of Mazzorbo you can take part in the gastronomic village festival framed by music and small folkloristic shows. The strength of Mazzorbo lies in the few inhabitants who live on the island, thanks to which it has seen in the last twenty years a great development in terms of tourism, remaining true to itself and enhancing its traditions linked to the land.