Peggy Guggenheim and Venice: a long history between art and love 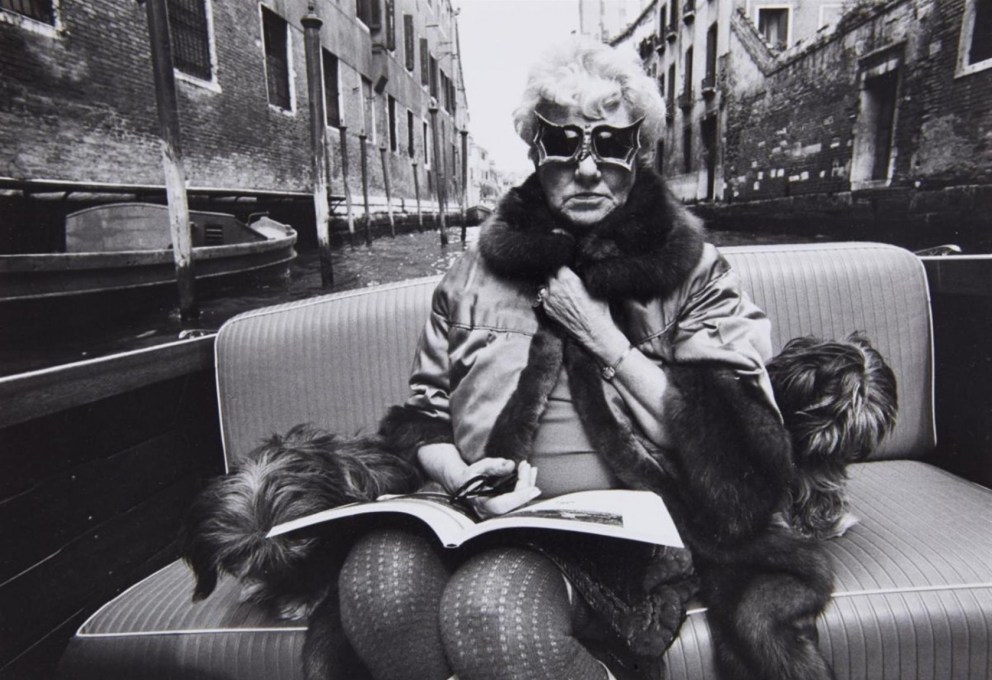 An extraordinary collector but not only, also a supporter and patron of all the arts: Peggy Guggenheim has been an extremely rare character in the international art scene and her figure is firmly and harmoniously linked to the very peaceful city of Venice.

Granddaughter of Salomon Guggenheim, founder of the famous New York cultural institution, she has collected during her life works of art of immense historical-artistic value, combining her personal instinct and taste with international aesthetic and cultural dynamics.

The story of the young Peggy begins in New York where she was born from the union between Benjamin Guggenheim and Florette Selingam and was immediately marked by the unfortunate death of her father on the Titanic in 1912.

As a result of this terrible event she received a conspicuous inheritance and her bad relationship with her mother soon found herself wandering the old continent, driven by her passion for art and her aptitude for hectic life in the company of one of her youthful loves: the Dadaist painter Laurence Vail.

In 1922 she married Vail in Paris, surrounded by a bohemian atmosphere. He thus began to frequent American circles, the salons of intellectuals and the ateliers of the greatest artists around. During this period he met and frequented practically all the protagonists of the artistic avant-garde of the early twentieth century, from Picasso to Kandinsky, from Cocteau to Duchamp, remaining in contact with some of them throughout his life.

Her love for art and life made her maintain a constant state of positive agitation, which allowed her to overcome her own vicissitudes, observing and carrying out research on all the artistic phenomena that a vast and culturally rich territory like Europe could offer.

Even after the separation with her husband she never lost the strength to move, finding herself in the late 1930s suspended between London and Paris where she managed to further enrich her contemporary art collection. Writers, intellectuals and artists accompanied the path of the young patron who remarried again, albeit briefly with the great surrealist painter Max Ernst.

Because of the German occupation of Paris in 1941 Peggy Guggenheim was forced to return to the United States, given her Jewish origins, but this event allowed her to meet artists such as Jackson Pollock and bring the aesthetics of European surrealism overseas. 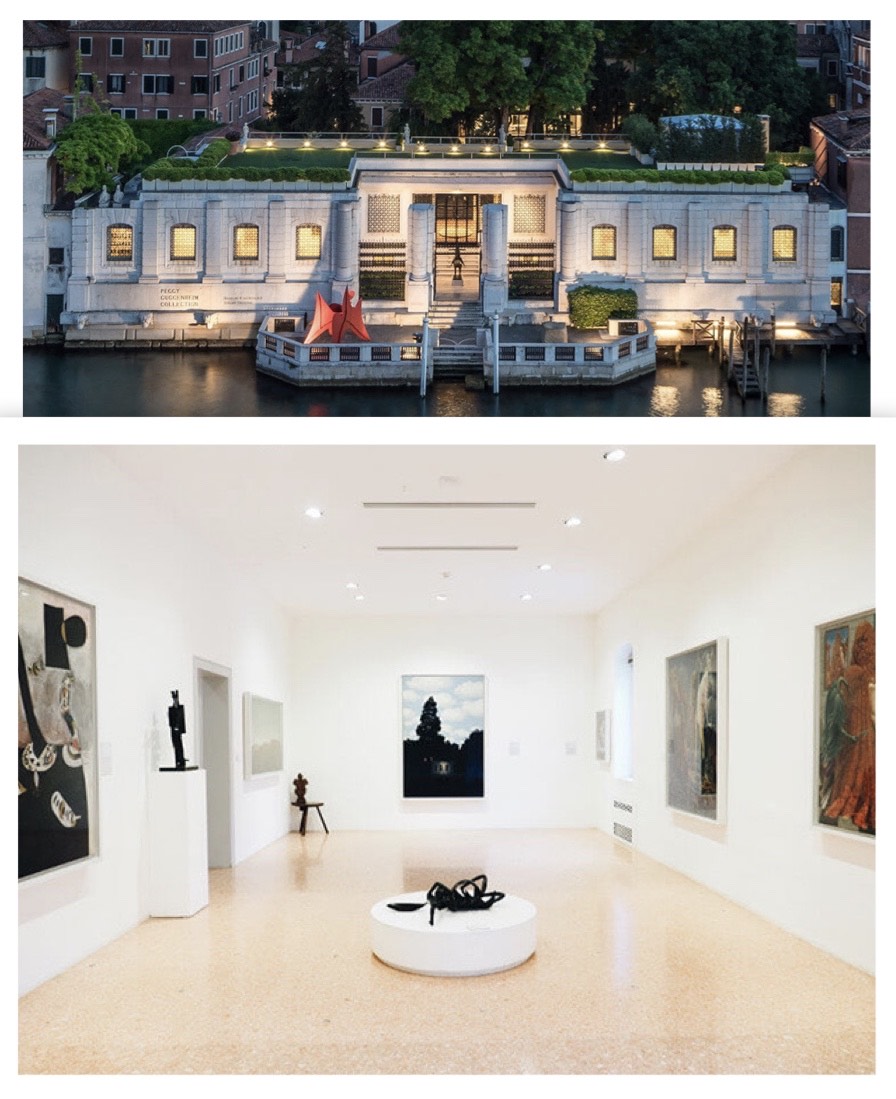 The lack of Europe, however, became stronger and stronger to the point that a few years after the end of the war, he chose in the simplest and most natural way to settle in Venice where I bring his extraordinary collection exhibited for the first time during the XXIV Biennial of Contemporary Art in 1948.

It was in that same year that he bought the historic 18th century Palazzo Venier dei Leoni (whose story we talk about here) which became his main residence and official headquarters of the prestigious Peggy Guggenheim Collection, opened to the public in 1949.

Today the collection, "cousin" of those managed by the foundation of the same name in Bilbao and New York, represents one of the most excellent contemporary museums in Italy and can be considered an important focus on artistic experiences from the first half of the twentieth century, especially with regard to relations between Europe and the United States.

Works of extraordinary value such as "The Empire of Lights" by Magritte in 1954 or "The Dressing of the Bride" by Max Ernst in 1940 are now preserved in the rooms of this museum, but not only. The best of the twentieth century to the artistic phenomena closest to us, historical artists and living artists who find their voice in the rooms of the museum.

A wonderful Chagall embraces abstract and expressive artists such as Willem de Kooning who in turn connects with the visual experiences of artists such as Pablo Picasso or Joan Mirò. Very precious, silent, figurative works belonging to the creativity of an artist such as Giorgio de Chirico tug at each other with the opposing visual philosophies that can be seen in Kandinsky's works where the triumph of colour, geometry, surfaces but also of the freedom of stains reveals the great Russian master's vision of the world.

Masks and relics of pre-Columbian civilizations or even photographic shots such as those of Man Ray describe not only the history of the arts in the United States but also strongly clarify the great uniqueness of beauty even in the heterogeneity of forms that Western art offers.

The strength of a collection like this one perfectly corresponds to his creatice, which never lost the will to collect, study and exhibit that large series of experiences, ideas and artistic worlds that he has encountered over time, personally: from the American Informal to the Italian one of Bonalumi, Fontana and Vedova, from Surrealism to Cubism, up to the most eclectic and out-of-the-box artists.

A visit to this prestigious institution means exploring part of a century that has seen the clash between avant-garde and tradition, between rules and artists' refusal to follow them. The complexity of forms and expressive languages of that time was finely intercepted by the sensitivity of Peggy Guggenheim's research and collection: an entire life spent in love for art.

It is clear that the glorious collection not only respects the passionate and exuberant character of the American collector but also highlights it. That great love for art, for Italy and for Venice that will continue until the day of his death in December 1979.

This enormous transport towards the city is exemplified by a famous quote by Peggy herself: "It has always been taken for granted that Venice is the ideal city for a honeymoon, but not only that, it is a serious mistake. Living in Venice, or simply visiting it, means falling in love with it and there is no place left in your heart for anything else".

The city, in turn, has responded several times, totally reciprocating the esteem and affection received. There have been many exhibitions, conferences and events that have celebrated the patroness over time, just think of "Peggy Guggenheim. The last dogaressa" exhibition visible until January 27, 2020 at the same Venetian headquarters of the Guggenheim Foundation.

And today the Peggy Guggenheim in Venice, with its presences, is the second most visited museum in the city!