Pellestrina: itinerary through the southernmost treasure of Venice The southernmost island of the municipality of Venice and belonging to the Municipality of Lido-Pellestrina (also known as Venice Litorale), Pellestrina is an extension of the Lido of Venice divided by the Port of Malmocco, which extends southwards to Chioggia. The peculiarity of the island is its geography: Pellestrina is 11km long and narrow for a maximum of 1.2km and a minimum of 23 meters, more precisely in the area that connects the town of Pellestrina to Ca 'Roman, the most south locality. Renowned above all for the production of bobbin lace, called "balon", Pellestrina is dedicated to activities typical of the lagoon area such as fishing, agriculture and shipbuilding; in recent years it has proved to be a valid destination from a tourist point of view, welcoming a large number of tourists who travel it from north to south by bike. 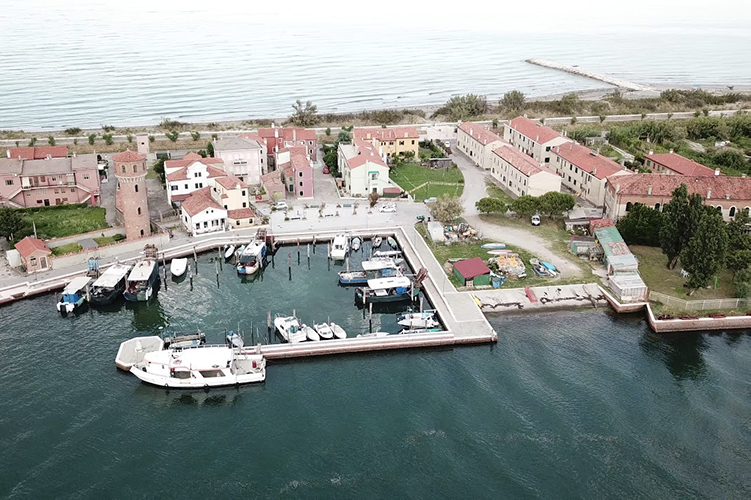 For an itinerary from north to south of the island, it is possible to arrive at the Santa Maria del Mare stop with the actv ferry line 11 - Pellestrina-Lido, which continues southwards, eventually stopping also for Pellestrina (town) and Ca' Roman (on request). Traveling along the only and main road on the island, Strada Comunale dei Murazzi, you will skirt the coast on the left side facing the Adriatic Sea, and the inhabited area on the right side. At the gates of the town of San Pietro in Volta you will find the Marco Polo Battery, a wonderful Austrian fort undergoing restoration in a park accessible from the cycle path, behind Carrizzada Belvedere, a pedestrian path that will take you to the center of the town passing through the small pier and the Church of San Pietro Apostolo, a structure with a single nave in neoclassical style completed in 1777 and enriched in its simplicity by marble, externally and internally. Near Portosecco, there is the Small Museum of the South Lagoon: born in 2007, it houses the historical-documentary material of the island of Pellestrina. On the lagoon road, before reaching the town of Pellestrina, you will find the Church of Portosecco: a marble sanctuary wedged between the colorful houses of the island. 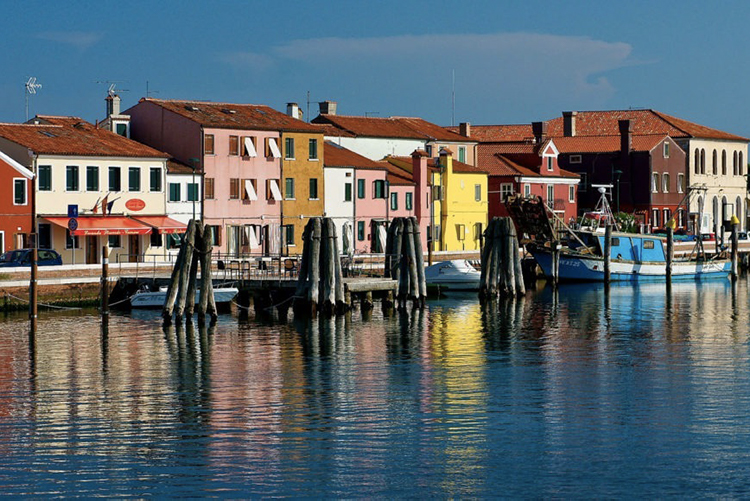 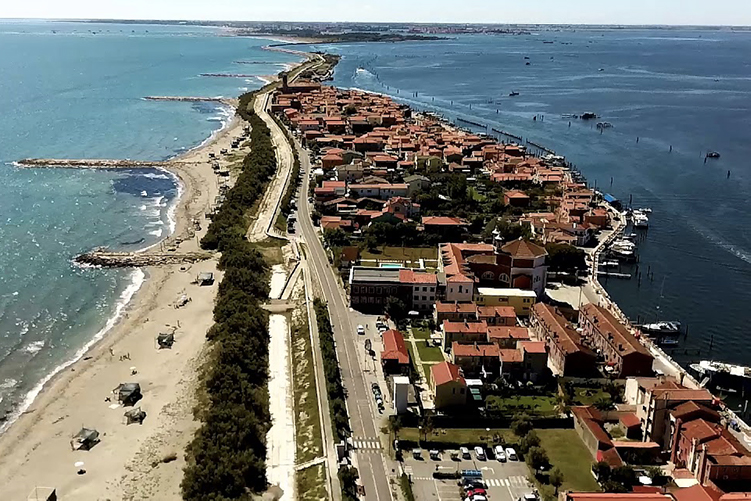 The main center of the homonymous island, Pellestrina is also the most inhabited and popular place. Despite the low density and surface area, Pellestrina doesn't lack taverns, trattorias, cafes and meeting points for tourists and inhabitants, as well as religious places. There are four places of worship for the residents, which have become a tourist attraction due to the peculiar state of conservation in which they are located. From north to south you will find the small Parish of San Pietro Apostolo, the Church of Sant'Antonio, the Sanctuary of the Madonna dell'Apparizione and the Duomo di Ognissanti, all rigorously facing the main street of Pellestrina and therefore inside the Venetian lagoon, which will rejoin the Strada Comunale dei Murazzi which will cross the narrowest area of ​​the island to reach the southernmost location, a few meters from Chioggia and Sottomarina: Ca 'Roman. 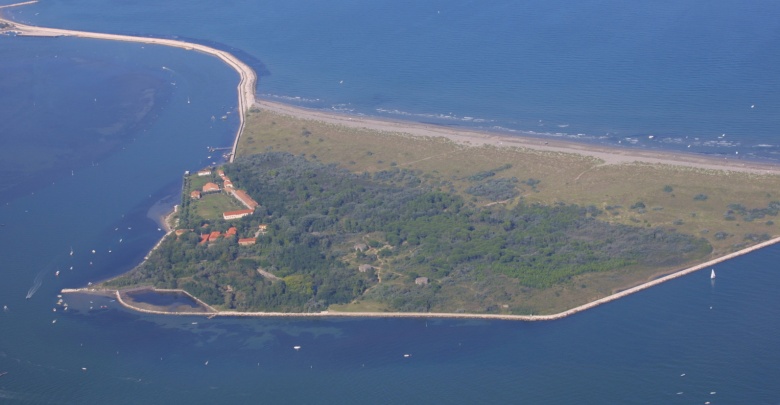 Ca' Roman is a place completely devoid of residents and tourist attractions, but hosts the homonymous Nature Reserve equipped with a kiosk: a naturalistic oasis of excellence that surrounds and preserves a bunker from World War II. The natural oasis is safeguarded by LIPU, the Italian Bird Protection League, which aims to combat the elimination of birds and to conserve nature through environmental education and the protection of Italian biodiversity. On the opposite side facing the Adriatic Sea, you will find the pristine beach about 1.5km long.

Pedestrian connection between the locality of Pellestrina and the Natural Reserve and the beach of Ca' Roman, the murazzi (muràssi or muràsi in Venetian) are a set of Istrian stones with the function of dam, built by the Republic of Venice to defend the embankments of the lagoon from the erosion of the sea. In the area between the two localities, the Adriatic Sea and the Venice Lagoon are practically separated only by this 23 meter wide dam. Crossing them on foot or by bike is certainly the most interesting experience to do in Pellestrina, a quiet and isolated path to enjoy at sunset, capable of making you forget even the knowledge of time. 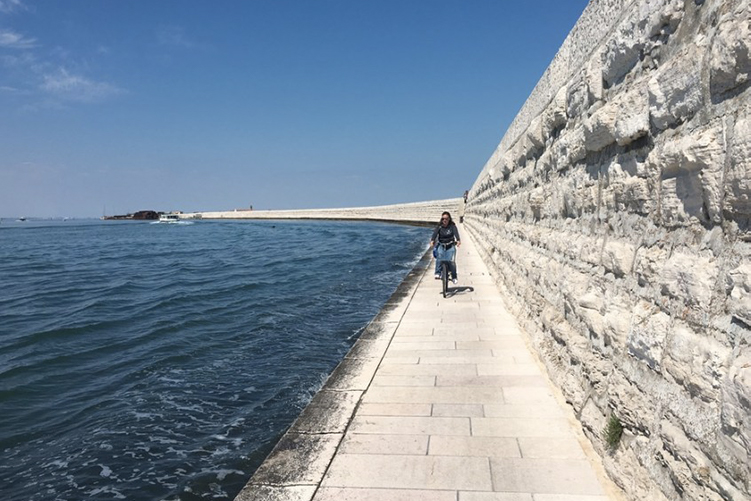