Poveglia: the mysterious ghost island that wants to be reborn

Poveglia: a cursed island that nobody cares about 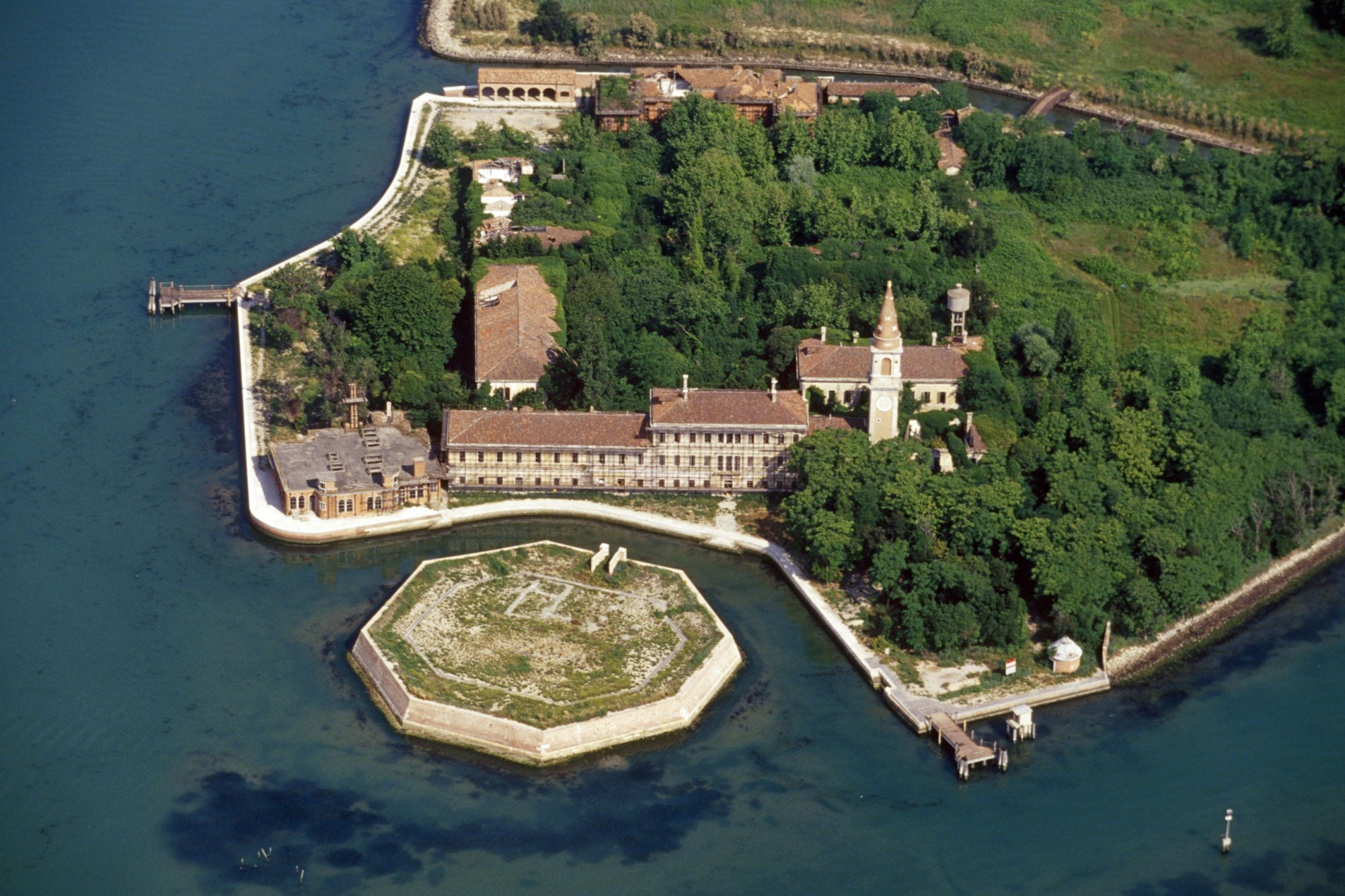 Poveglia is an island placed tin the south of Venice, situated in front of Malamocco, the southern district of the lido. Before assuming its current name, Poveglia is mentioned in the ancient maps as Poveggia or even Popilia, probably referring to the poplars that it housed or to the nearby Via Popilia-Annia, a road built on commission of the Roman consul Publius Popilius Lenate. Commonly referred to as an island, Poveglia actually looks like a group of three islands, one of which is artificial: the main island, that is the central one, has housed most of the buildings over the centuries and connects with the smaller one located behind it through a bridge, while the artificial island, famous for its octagonal shape, was built in 1380 for defensive purposes. The island has been the subject of numerous speculations and myths, deriving not only from its abandonment, but also from the mysterious stories about the structures it has hosted over the years.

History of Poveglia: the birth and growth of a thriving island till its abandonment 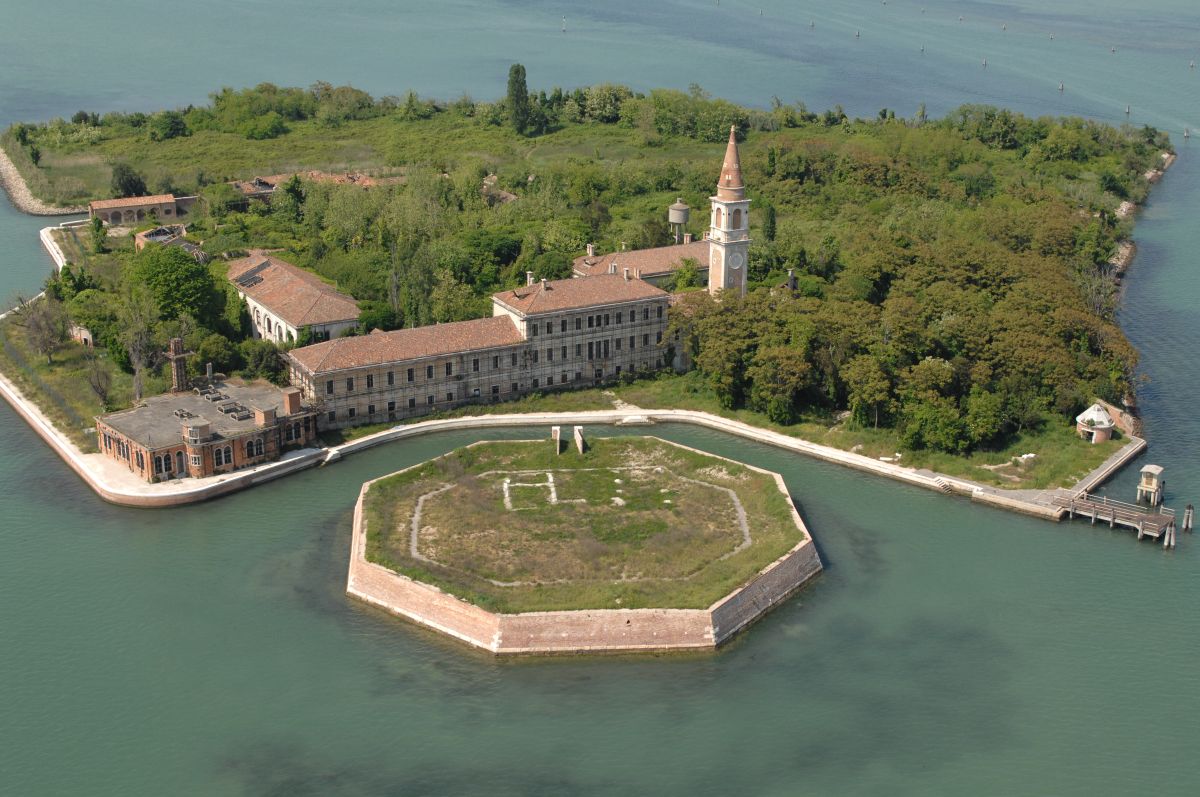 The history of Poveglia begins in the first half of the VI, when it welcomed its first inhabitants escaped from the barbarian invaders after the devastations that they brought, and the destruction of the hinterland cities. For years, after the participation of the Malamocco resistance (called Metamauco in those days) which was besieged by the Franks between 809 and 810, this small community lived in peace and avoided the continent's laws and taxes. Over time, it became a thriving center, both economically and demographically: the local families took care of fishing and salting, and, since its position within the lagoon, from a commercial point of view it could have excellent relations with the nearby Pellestrina. The demographic decline happened at the end of the 14th century, following the Chioggia War which led to the evacuation of the population to Venice: despite the octagonal fortification built to defend the island, it was equally occupied and devastated. The Serenissima became interested several times over the following years to the recovery of the island, but it was only in the 18th century that it was decided to use it as a storage station, a place to stop boats and to store on-board equipment; until, in 1782, the structures were changed as health purposes, as well as goods control: the island therefore acted as a lazaret, hosting crews of plague patients given the impossibility in those years of being hosted by Lazzaretto Nuovo and Lazzaretto Vecchio. It served as a maritime quarantine station throughout the nineteenth century, also opening psychiatric and geriatric departments operating until the second post-war period, time when the island was assigned to the State.

The attempts to rebirth 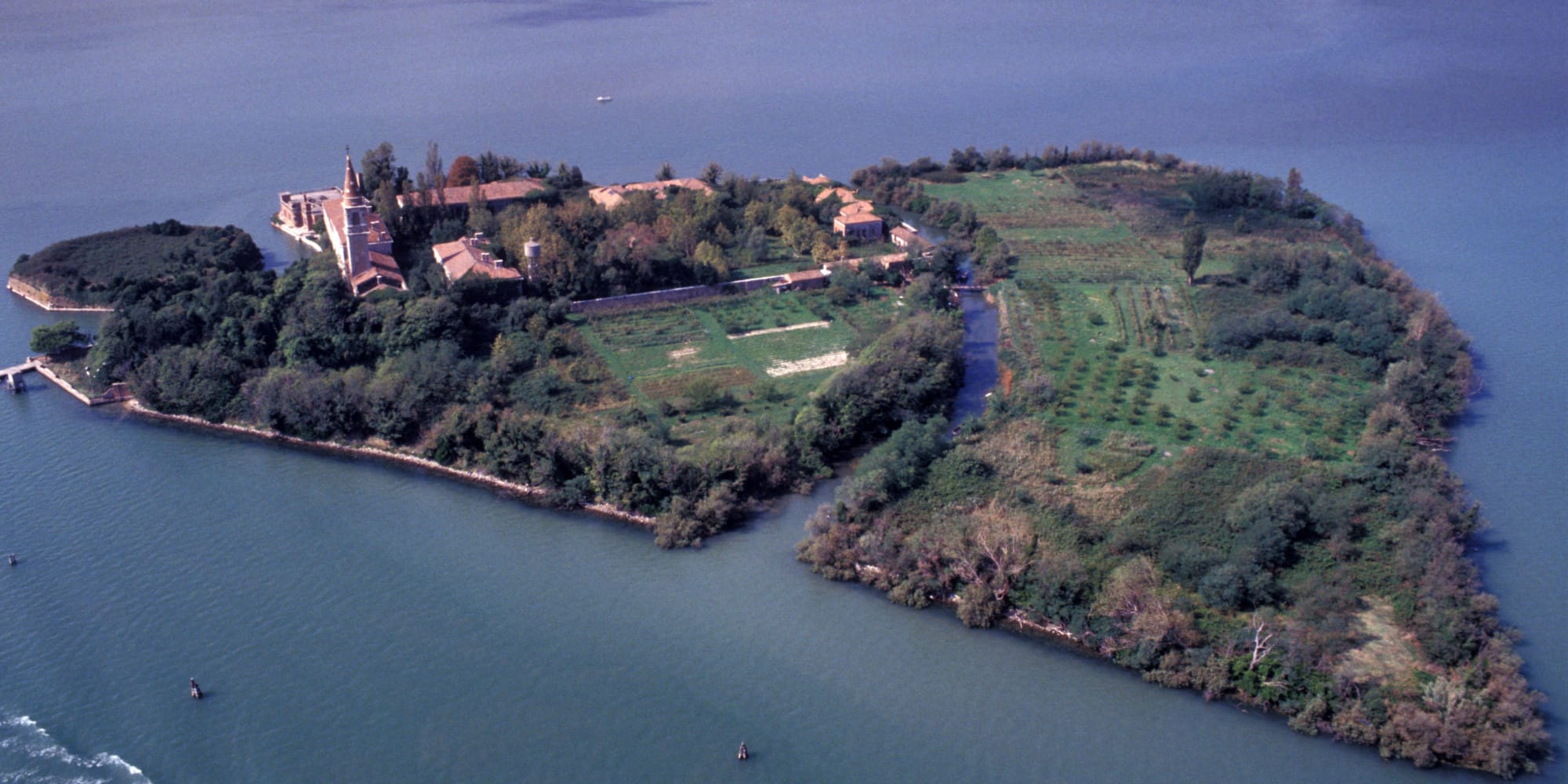 While the buildings deteriorated progressively, the island has always been the subject of recovery projects which, unfortunately, have never been implemented. The soil care of the island was entrusted to a farmer, but after the cessation of his service the vegetation took over. In 1997 the Student and Youth Tourist Center, an active Italian association that operated until 2017, presented a project for the construction of a youth hostel: with regards to this proposal, in 1999 Poveglia was returned to the State Property, after a period in which it was for sale to private individuals, but the project was never implemented. In the following fifteen years the island was put back on sale, with the intent and hope of ensuring that it is recovered for tourism purposes, but despite some purchase proposals, the island has never found an owner. 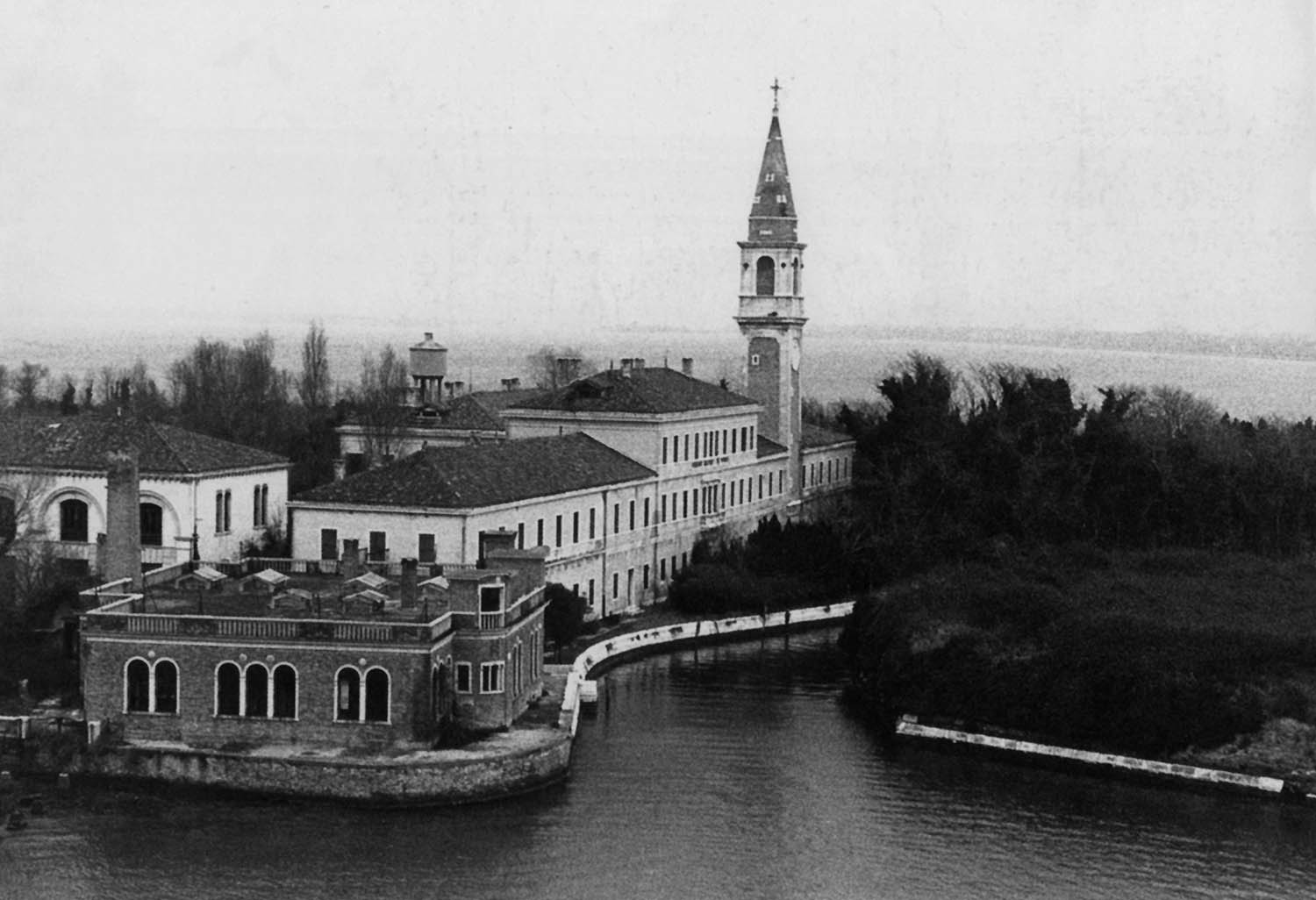 There are many horror stories that are told about the island, also increased by the incursion of parapsychologists and ghost hunters of a famous US television series, without clearly any basis to define them as truthful. It is said that following the black plague, thousands of people were burned to prevent contagion and buried in this place: for this reason it is rumored that the ground is made up of 50% of human ashes. Another legend concerns the suicide of the mental hospital director, defined as a "sadistic doctor", who, forced by the spirits, went to the clock tower to jump off. A nurse who had witnessed the incident told that he did not die on the ground, but suffocated by a strange "fog" that had spread from the ground into his body, leaving him lifeless. The stories on Poveglia comes from the purpose of the place in which people, once they landed, were just waiting for death. To increase the fame of the island, there is the suspicion, not confirmed, that the structure used to host convalescent elderly, built in 1922, was actually used as an asylum.

What remains of Poveglia: the places to visit 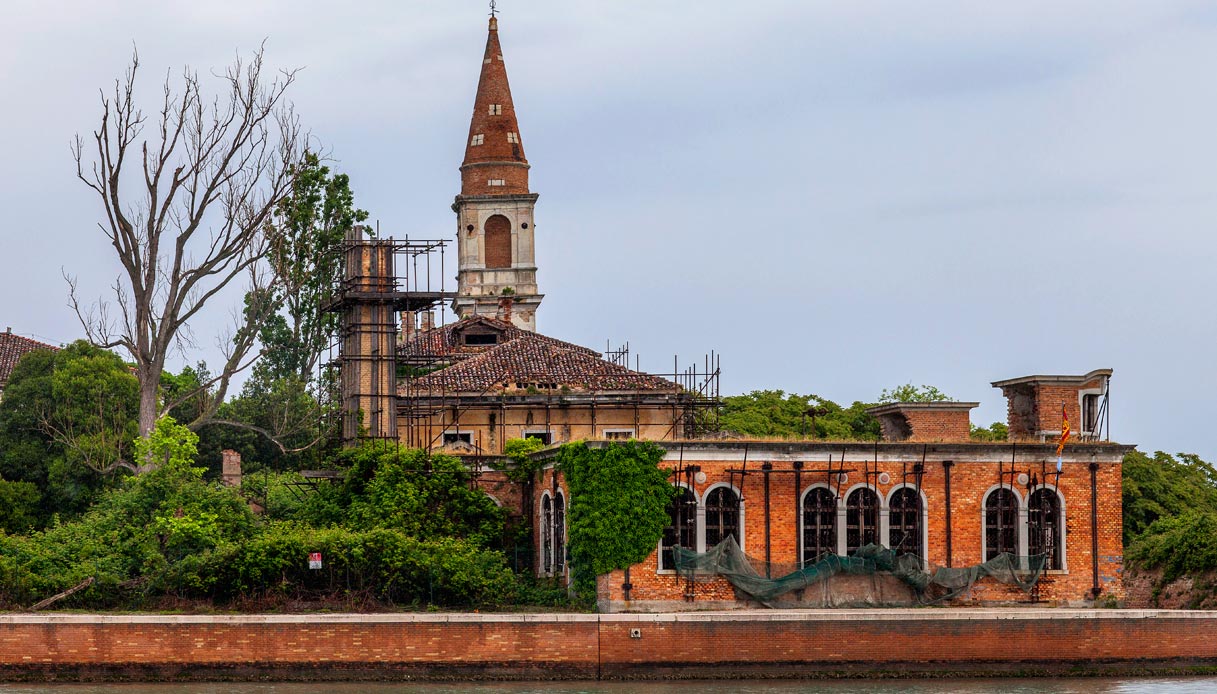 The vegetation and the unsafe buildings do not make the visit to Poveglia pleasant if not for passionate hikers and for those who want to discover a place full of mysteries hidden by time and nature. Of the ancient Pieve of San Vital, only the bell tower remains, which was spared from the sieges due to its function as a lighthouse. The bell tower, the tallest building on the island, has a clock at the top: dating back to 1745 and today without hands, it was built by Bartolomeo Ferracina. Poveglia owned a church, which preserved a crucifix made of chalk and stucco and it is believed to be miraculous: today, fortunately, it is located in the parish church of Malamocco. The destiny of other works was different, such as the Christ led to Calvary by Giulia Lama, and the Miracle of the Crucifix by Giovanni Battista Piazzetta, which were lost. The island has been abandoned for years, so in some places the passage is obstructed or occupied by vegetation grown relentlessly. The buildings are unsafe and the interiors often dark, so bringing a torch during the visit is recommended. It is possible to visit several buildings, even if not integrally, such as the hospital, the prisons, the church and the psychiatry department. Starting from the hospital that includes the psychiatric ward, the ground floor can be visited almost entirely despite the rubble: the rooms are almost empty and dark due to the barred windows. The stairs are destroyed, but it is possible to climb very carefully clinging to the handrail. The first floor is also empty, but much more dangerous given the collapses of the floor. Next to the main building, passing through the kitchens, you enter the suggestive Bell Tower, on which it is not possible to climb. Leaving the building and entering the vegetation, you can see a path that runs along a small house completely collapsed inside. Going all the way you will reach the little church, of which very little is left, and a wooden bridge that leads to the other side of the island, completely devoid of buildings. Several sources indicate Poveglia as the burial place of the painter Giorgione, while others indicate the island of Lazzaretto Nuovo: therefore there is no certainty about the real place.

Poveglia, a decadence full of charm. For enthusiasts.

How to get to Poveglia 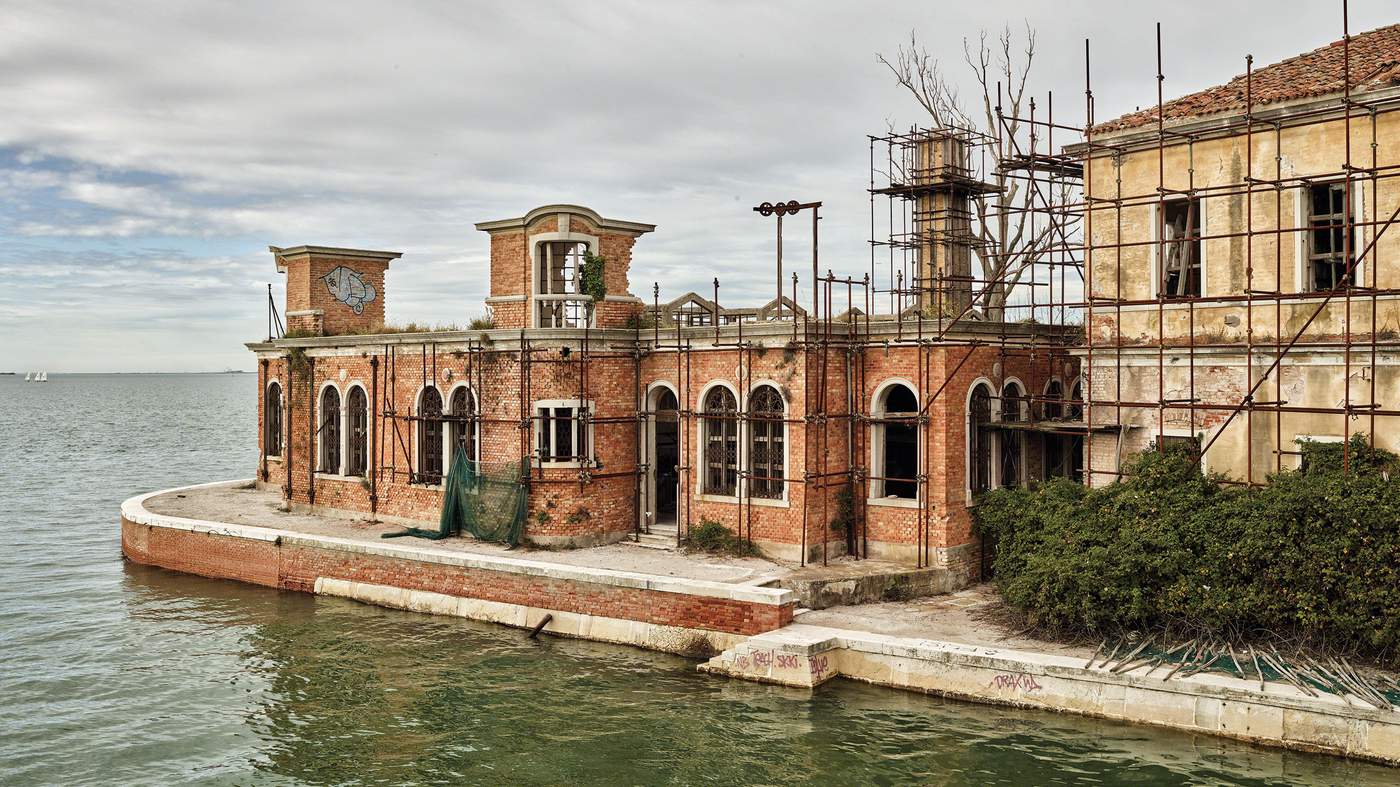 The island, since is full of ruins, is closed to the public and it is almost impossible to access it. Only with special authorizations which can be requested in advance from the Municipality of Venice it is possible to visit it. Alternatively, if you were already on the site and decided to try a personal tour with a dark and mysterious atmosphere, you could turn to private boats: the cost is high and you need to bring a takeaway meal and water as the island, being uninhabited, it does not host any type of service.