The past few days for videogames fans has been an important moment: it's finally available the new version of the mother of all consoles, the latest release at Sony home, the Play Station 5!

Great excitement, anxious anticipation and a presentation of the product that has touched every corner of the planet earth.

The Japanese giant, in fact, has spared no expense and has made a launch that has affected as many as 25 cities around the world: a way to bring together virtually the entire worldwide community of the Play Station impossible to real meetings. 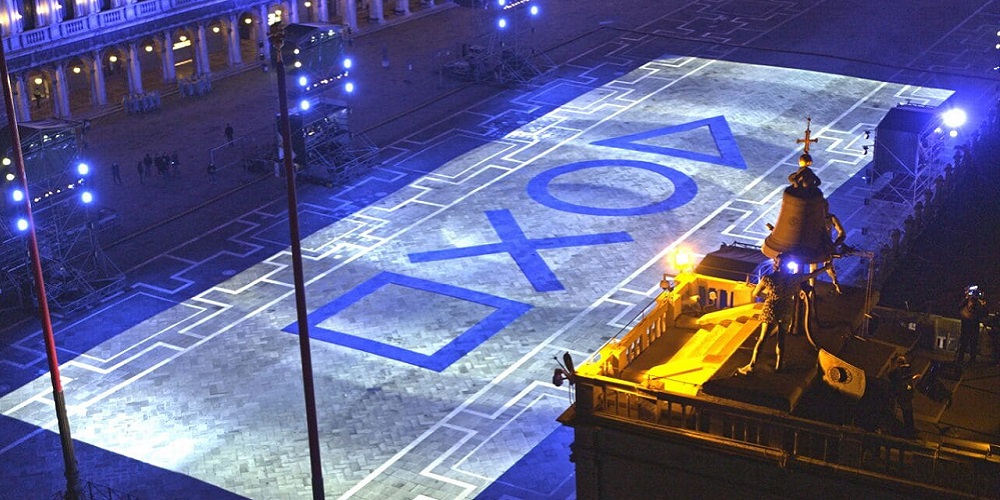 For Italy was chosen Venice and its living room of Europe, Piazza San Marco.

And so our Square in the night between the 18th and 19th of November has been transformed into a blank canvas where an amazing play of lights has drawn a real work of modern art, in a stage where a fantastic technological and very fascinating show has been staged, which has completely transformed the heart of the city, leaving everyone speechless.

The video opens with images of glimpses of the city, like a video camera that walks along alleys and canals trying to reach St. Mark's Square. Once here the show begins: wrapped in a surreal atmosphere, the images take shape literally jumping off the floor of the square, transforming the unreal into a real dream. 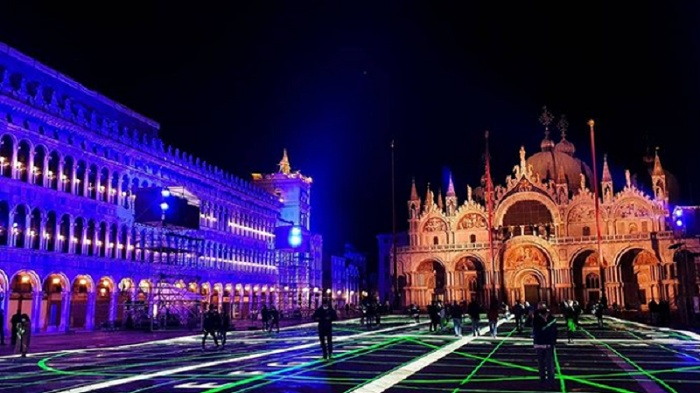 This incredible show has been realized thanks to the floor projection technique, which, using the installation of 5 cameras placed in strategic points of the square, projected beams of light that created a bright and colorful game spread over 2400 square meters of horizontal and vertical surface. Thus the millenary art of the Serenissima, the porticoes of the Procuratie, the domes of the Basilica, the masegni of the paving, the red bricks of the Bell Tower met the most advanced technology, and with this it magically joined and amalgamated, a sign that the past can meet the future creating an incredible present. 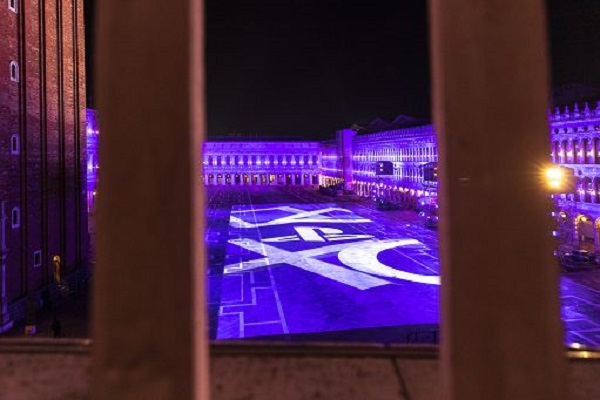 Similar shows have been repeated in the other locations to create this incredible virtual connection, to bring everyone back together even though they are miles away.

Among the projected images, in addition to the iconic symbols of the console, there are also spoilers of what will be the new games available and the new accessories for a full-fledged fun.

But let's not talk nonsense, let's enjoy this incredible show together!

Play has no limits, it is true, but beware, the game over is just around the corner!