The birth of a myth: the history of Venice in a nutshell

The roots of the legend The millennial history of a unique city like Venice must absolutely be transmitted to those who visit it and to all the people who intend to fully enjoy it.

Let's start by saying that the city of Venice has been the capital of the Serenissima Republic of Venice for over 1100 years and also for this reason it is known as the Serenissima, the Dominant or even the Queen of the Adriatic: it was a form of government that did not exist yet. in the rest of Italy.

Built above the exceptional Venetian Lagoon, taking the land from the sea with a brilliant and avant-garde system for the time, it seems to have known human settlements since prehistoric times, given the wealth of resources that favored activities such as hunting and fishing .

It was however during the period of the barbarian invasions that the first permanent settlements were born: it is in the VII century when some inhabitants of the small town of Altino settled in this lagoon area, where today the island of Torcello rises, to escape the barbarian hordes. A certainly strategic position, which made the area almost unassailable, making it difficult for foreigners to navigate in these marshy areas. It is here that Venice has its roots, before the nucleus of Rivo Alto was born, the current Rialto, and it is here that his unstoppable rise began.

Already at the time maritime transport and commercial activities connected with the exploitation of the land begin to develop to become one of the main features that this territory had to offer.

The importance of commerce and trade with the Asian Countries

At the Arsenale fleets of boats were born that could beat the most distant seas and it was thus that Venice succeeded in weaving intense commercial traffic in this area of ​​the Adriatic Sea, but also with the center and northern Europe, and this contributed to a flourishing economic development of the area. But it was thanks to relations with the East that the Serenissima became the queen of the seas, representing the gateway between the Levant world and that of the West: relations with the exotic territories of the East allowed a fruitful exchange between the two cultures, not only from the economic point of view, as well as for arts, uses, customs and gastronomy. Floor to floor Venice became an international and cosmopolitan city.

Its potential was already clear in Roman times, but it will still be in the medieval period that the city will find its own productive identity.

The city will soon be counted among the Maritime Republics, a term that refers to some port cities in Italy that during the Middle Ages enjoyed, thanks to their maritime activities, political autonomy and economic prosperity.

But the history of Venice's commerce and economy did not stop at the East and at contacts with Constantinople and Alexandria in Egypt, but it went further by sinking its roots to the heart of China. In fact, Marco Polo was one of the most famous Venetian explorers who managed to venture along the so-called "Silk Road": a series of land, sea and river routes capable of connecting Italy and Europe with China, all of its great travel is documented in the famous text of "The Million" which also inspired other explorers like Christopher Columbus.

The high level of political ambition

The political system of such a shrewd community is so ambitious that it has stolen the land from the sea. The Republic of Venice saw its leader as the fascinating figure of the Doge, and the ambition was to succeed in creating a political system that was not centralized and totalitarian. The Doge was the supreme institutional figure but had no power in his hands, neither administrative nor economically. He, at the time of the oath after his election, signed the "Ducal Promision", a document which promised loyalty to the Republic and accepted the limitations to power. Well, brilliant!

His function was to officially represent the Republic, to keep diplomatic relations with other States, but he was not allowed to talk politics with his representatives. He held the power of the naval fleet and consequently guided actions in the event of war or conflict.

For the rest he confined himself to sitting at the head of the Serenissima and presiding over it with all the councils of the government, in which, however, his vote had no more value than that of any other member. His work was very controlled, indirectly by the aristocracy and directly by the ducal councilors whom this strong aristocracy had supported.

In fact, in 1177 the Grand Council was joined to the figure of the Doge, made up of members of noble families, the Minor Council with six assessors of the Doge himself, and the Council of Forty which was a sort of supreme court.

We will have to wait for the next century for the constitution of the Senate, composed of sixty members elected by the Grand Council.

During his tenure the Doge had to support himself, and for this he necessarily had to make it seem that rich and wealthy aristocracy, otherwise he would have weighed heavily on the coffers of the family he belonged to. He even had to furnish his domestic rooms of the Palazzo Ducale apartment, where he was to reside, and why if you visit the doge apartment today you will not find original furnishings from the era, because a Doge died and the heirs took away the inheritance.

Yeah, but how was the Doge chosen? With an electoral system everything is less than simple! The method was studied by vote and was the exclusive prerogative of the noble class. It consisted of multiple extractions that could last from 4 to 6 weeks, in a complex system that tried to be as neutral and correct as possible. Inside an urn were placed balls, indistinguishable by touch, in gold and silver called balote: lots of balls for those present. Each of them was given a balota chosen by a little boy, called Balotin del Doxe, chosen at random from among the crowds crowded in Piazza San Marco. Only those who had been given the golden balota in total randomness, at which point relatives and relatives of the chosen had to leave the room to avoid favoritism and to guarantee maximum transparency. With an endless series of grueling elections only the 41 remained, who would then directly elect the new doge, and already, because this system of extraction did not elect the Doge, but only the small group that then elected the head of the Serenissima. How exhausting!

The Doge, once elected, was presented to the people inside the Basilica of San Marco, under the eyes of the Lord, with the phrase  “questo xe el vostro Doxe, se ve piaxe” (this is your Doge, if you like). He was carried in procession through the Piazza and then he was "crowned" on the Scalone dei Giganti in the Ducal Palace with the camauro (the white cap) and the zogia (crown), and where he swore an oath with the promise. The Doge once elected remained in charge all his life.

In 1100 years of the Republic the Doges were 120 but only 9 lasted until their death. Nice to be a Doge, but with that Venetian aristocracy it was not at all simple!

From the greatest splendour to the current day 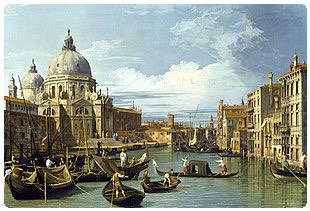 Throughout the sixteenth century and up to the end of the eighteenth century we can consider Venice among the most modern, refined and avant-garde cities of the whole of Europe, with a strong influence in art, architecture and literature of the time.

Great artists, architects and writers were originally from Venice or lived there for long periods of time, just think of: Tiziano Vecellio, Giorgione, Tintoretto, Tiepolo and Paolo Veronese, all artists born in the then Republic of Venice. We also remember Andrea Palladio, Antonio Vivaldi, Carlo Goldoni, Giacomo Casanova and many others to tell how much culture has influenced the city over time and how it still influences today.

The long history of the Republic of Venice is interrupted after more than 1000 years of independence: it is May 12th 1797 when the doge Ludovico Manin and the Maggior Consiglio were forced by Napoleon Bonaparte to abdicate, in order to proclaim the "Provisional Government of the Municipality from Venice".

During that period, which deprived the city of its sovereignty and independence, many restoration interventions were carried out that completely revolutionized its image until then. Several demolitions were carried out to build the gardens of Castello, and the demolition of the Terranova granaries was begun to build the new Royal Gardens of Venice, until the demolition of the church that stood on the opposite side to that of the Basilica of San Marco, between the two wings of Procuratie, replaced with a building called "Ala Napoleonica".

Thus was born a new city but with the same spirit that characterized it over time up to the present day, when between the tourist and industrial development: the cosmopolitan and international soul that Venice had always had was confirmed.

Knowing a little about this incredible and exciting story helps you understand and understand each other when you choose to come into contact with an extraordinary city like Venice.

So walk between fields and squares, on small bridges and get lost in every corner of it, every canal, every river can tell you the story of this wonderful and exciting piece of the Bel Paese, just lose yourself.

Enjoy it. But take care of it!