The church of San Simeon Grande

The Church of San Simeon Grande: the history 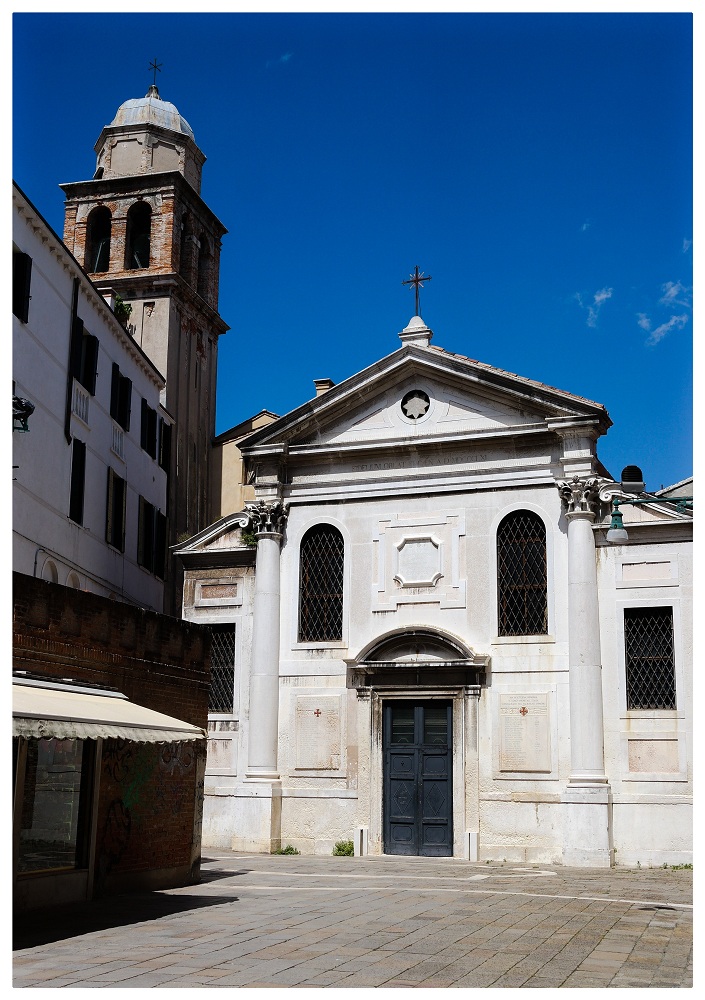 The church of San Simeon Profeta, more commonly known as San Simeon Grande, is among the most important monuments of the Venetian district of Santa Croce, one of the must-sees of your tour in Venice. The denomination Grande serves to differentiate it from the church of San Simeon Piccolo, which was smaller than the first before the important expansion works of Scalfarotto: but currently to be rather small, even compared to the surrounding buildings.
The history of San Simeon Grande began in 967, when the Ghisi, Adoldi and Briosi families built its primitive nucleus. It was a very humble church, most likely built of wood and straw, materials that were well suited to the area where it was built, at the time mainly rural. Unfortunately a disastrous fire destroyed the fragile building and it was decided, around 1150, to build a new building, this time in solid stone, and to raise the church to parochial dignity. The heading to San Simeone Profeta derives, according to a fairly consolidated tradition also endorsed by the nineteenth-century scholar Antonio Quadri, from the presence of the body of the saint in the church. A religious record that has long been disputed with the city of Zadar, but which seems to find confirmation in the presence of the famous statue of San Simeone by Marco Romano which we will discuss more extensively later.
In the following centuries the building underwent more than one renovation: in the seventeenth century, for example, the original floor was replaced by another roof placed at a higher altitude, perhaps, according to an uncertain tradition, to remedy the unwary burial of a parishioner suffering from plague.
In the eighteenth century, however, the renovation works designed by the architect Domenico Margutti were started, which revolutionized the appearance of the church. But Margutti's death, which occurred in 1721, passed the baton of the works to Giorgio Massari who also took care of completing the facade, in turn totally modified by the restoration works of 1861.

The interior of the Church of San Simeon Grande: the little jewel 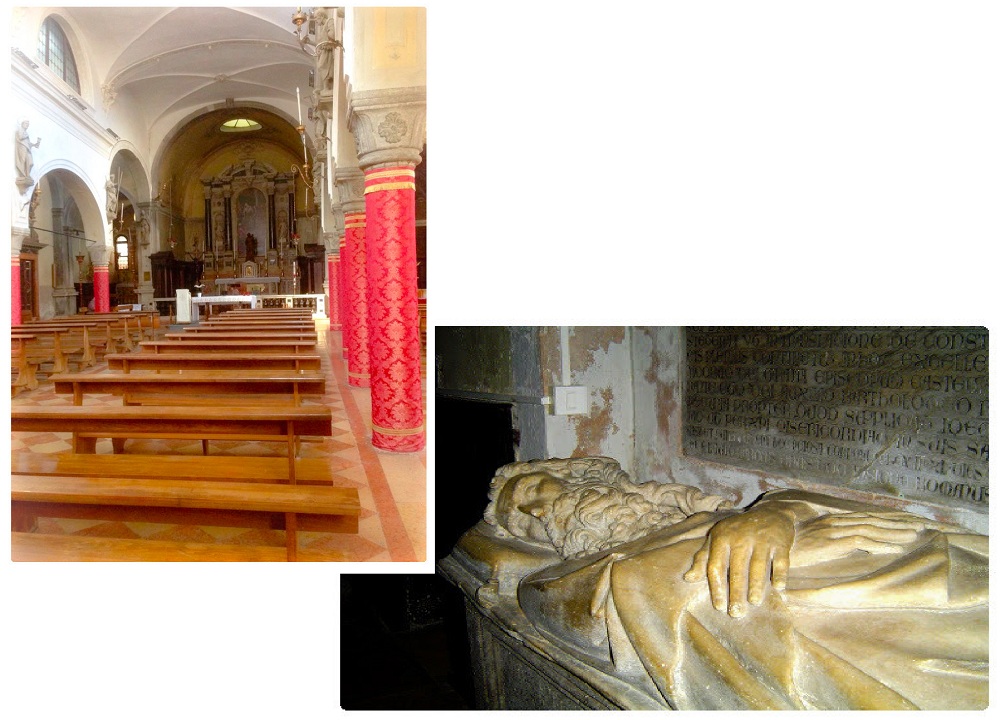 The Church of San Simeon Grande rises with its white facade in a small Campiello, a few steps from the Ponte degli Scalzi. of clear classical mold, the structure has rather simple architectural lines, with two tall columns with Corinthian capitals which support the triangular tympanum placed at the end. Two lower arched half-tympanums, placed on the sides, let us understand what is the hierarchy of the internal space, divided into three naves. The interior is not very scenographic, presenting itself with completely white surfaces, interrupted only by red silks that cover the pillars of the aisles.

Your visit inside the small church cannot absolutely ignore a long and in-depth contemplation of the statue of San Simeon lying by Marco Romano which was already mentioned previously. Placed in one of the left-handed chapels of the three-nave basilica plant of the church, the sculpture was commissioned to the artist by the bishops of Castello, Caorle, Torcello and Jesolo and by the parish priest of the church Bartolomeo Ravachaulo in 1317 "to watch over" the sacred relics of the saint, moved to Venice from Constantinople by Andrea Baldovino and Aldo Drusento or Drusiaco in 1203. The complex events of the translation of the sacred relic and the commission of the work are summarized by the plaque placed behind the recumbent statue. A story where the destinies of the sculptor and the saint are intertwined, but also a claim of authorship of the Roman, for those times very rare, which proudly made to write at the end of the epigraph: celavit marcus opus hoc insigne romanus. Laudibus non parcus: est sua digna manus (Marco Romano sculpted this outstanding work, his hand is worthy of not small praise).

From a stylistic point of view, the statue is an authentic masterpiece of Gothic realism: in particular the face of the saint is surprising, treated in detail. The sculpture, elegantly placed on the sarcophagus where the sacred relics of San Simeone are kept, is the ideal forerunner of the famous Veiled Christ that Giuseppe Samartino will sculpt for the Sansevero Chapel a few centuries later.

But what else is there to see in the church of San Simeon? At least two other things are absolutely not to be missed: the first, is one of the many versions of the Last Supper made by the great Tintoretto, preserved in the left nave. A recently restored work, which the artist created thanks to the help of his own workshop. The second is a splendid Presentation in the Temple made by Jacopo Palma the Younger, enriched by the portraits of the clients, respecting a consolidated tradition of the modern era.