In St. Mark's Square in Venice began "The Golden Age". The installation by Fabrizio Plessi, sponsored by the Civic Museums and sponsored by Maison Dior, illuminates these days the most iconic place in the city with elegant golden waterfalls at the windows of the Correr Museum, as if a huge and striking mirror reflected the golden mosaics of St. Mark's Basilica. A work with a highly symbolic meaning that will give a special atmosphere to this particular location until January 6, 2021.

Fabrizio Plessi returns with one of his works in the parlor of the lagoon city twenty years after "Waterfire", choosing the same location. A research that at that time was based on two natural elements such as fire and water, particularly significant in the Venetian context because they were able to recall the terrible fire of the Gran Teatro La Fenice in 1996 and the phenomenon of high water with which Venice has lived for centuries.

This time Fabrizio Plessi's homage to the city also becomes an important message to give to the world in this particular moment. A way to invite to rekindle the light of hope after months of darkness for everyone, not only for Venetians. Certainly the capital of the lagoon is the first recipient of this work because more than other places has lived with great discomfort in the last ten months, first with "acqua granda" and then with the emergency Covid-19. Venice, however, has always been a bridge city to the outside, so Plessi's message starts from here, to spread in the world.

Plessi has inserted the writing "Pax Tibi" of 58 meters in its golden waterfalls. The famous incipit of the phrase printed on the Gospel that the Venetian lion holds between his paws is a wish for peace in Venice, a timeless city as well as the material chosen for this work: gold.

The artist says about this choice "Gold is my color and is also a symbol of the city. Venice is golden: St Mark's Basilica is rich in golden mosaics and I thought that these elements that compose it could melt and become great waterfalls...".

The installation in progress has undergone some modifications, and so Plessi decided to insert in his golden waterfalls the representation of a changing time through visibly fluid elements. Architecture and technology blend harmoniously, even though each window of the Correr Museum appears different from the others. In fact, the 15 windows, each 4.5 meters high, seem the same, but in reality they differ by a few centimeters allowing a particular suggestion in this context. An accurate and thought out work where each led was recalibrated according to the frame in which it was to be inserted and was mounted using the logic of pressure.

Plessi in the presentation press conference explained the insertion of his work in the context of St. Mark's Square: "The mosaics of the Basilica continue to live for thousands of years in front of this work that is instead highly technological, linked to our time. Therefore past and future intersect and coexist perfectly".

"The Golden Age", however, is not only a visual installation, because to accompany the Golden Falls there is the musical plot of the composer Michael Nyman, able to create a strongly suggestive atmosphere in an already unique context. 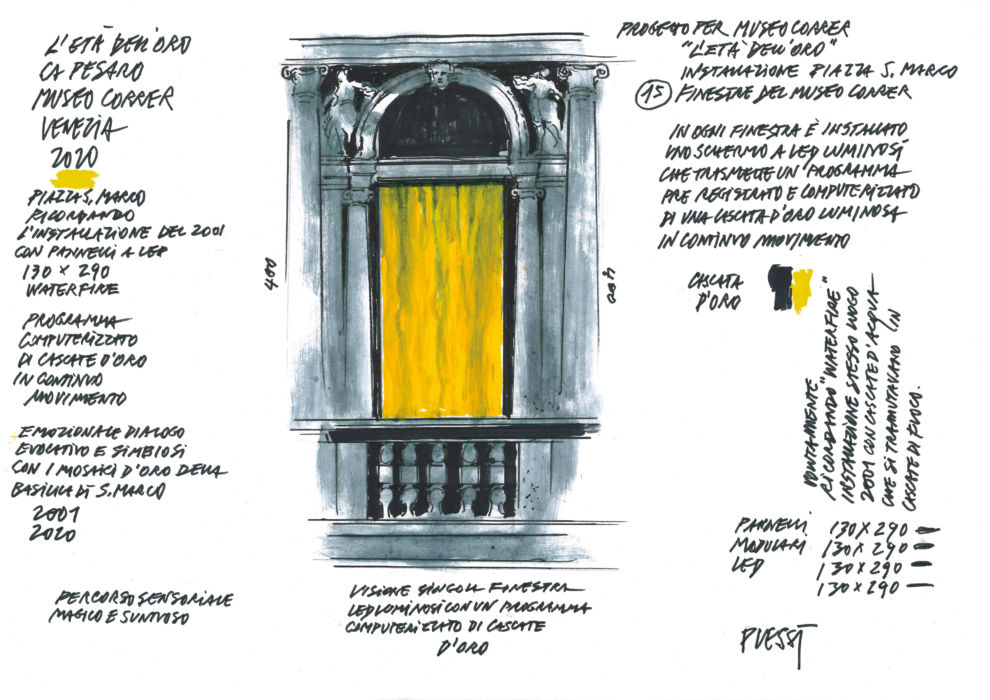 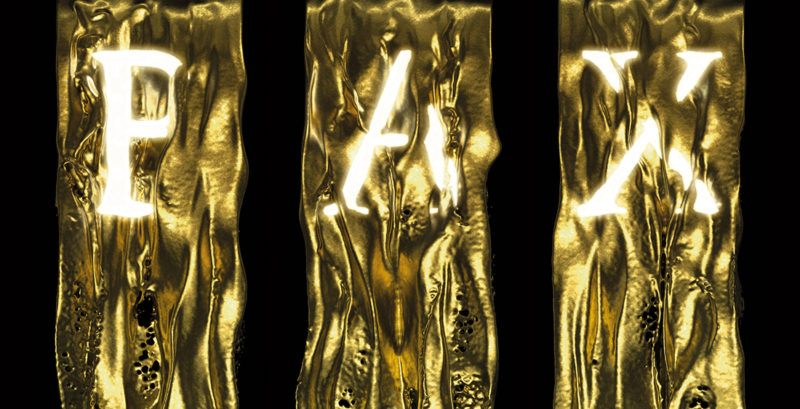 The work was conceived as a prologue to the homonymous retrospective that the International Gallery of Modern Art of Cà Pesaro has decided to dedicate to the artist. The opening of this one, however, has not yet been fixed.

The only thing certain at the moment is that the installation "The Golden Age" by Fabrizio Plessi will shine in Piazza San Marco until January 6, 2021..