The Venetian antibandito humps or pissotte: what exactly are they?

The mysterious casts of mortar scattered around the city

Walking through the calli of Venice, you will surely have noticed some unusual casts of mortar located in the corners. Commonly called "gobbette", the mysterious casts of mortar take the name of "antibandito humps" or "pissotte" and, if you are among those who have always wondered what use they had or if they were just ornaments of the Venetian pedestrian circuit, you will finally know the true story of a surviving symbol of a past Venice. 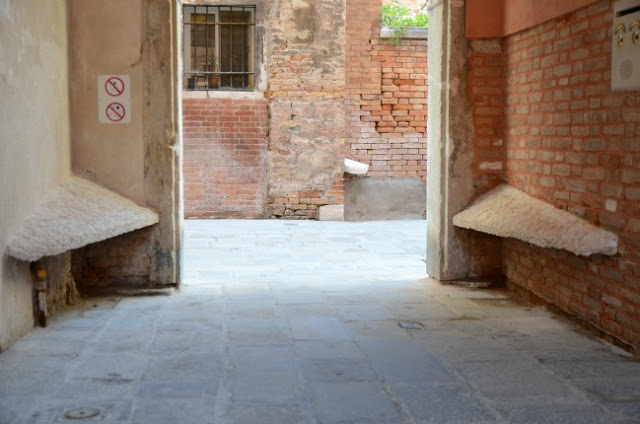 Located in the dark corners of the calli but also in the corners of the churches, the hundred or so "antibandito humps" or "pissotte" are casts of mortar, often in Istrian stone or wrought iron, which had the task of preventing thugs and bandits hid in corners to ambush or escape the authorities. But why could this be such a serious problem as to change the aesthetics of the Serenissima? The answer is simple: Venice didn't have public lighting and walking through the streets in the darkest hours of the night could be dangerous for a passer-by and an excellent opportunity for a criminal. The latter, in fact, took advantage of the corners to attack and rob the unfortunate who was there at that moment.

The origins of the names 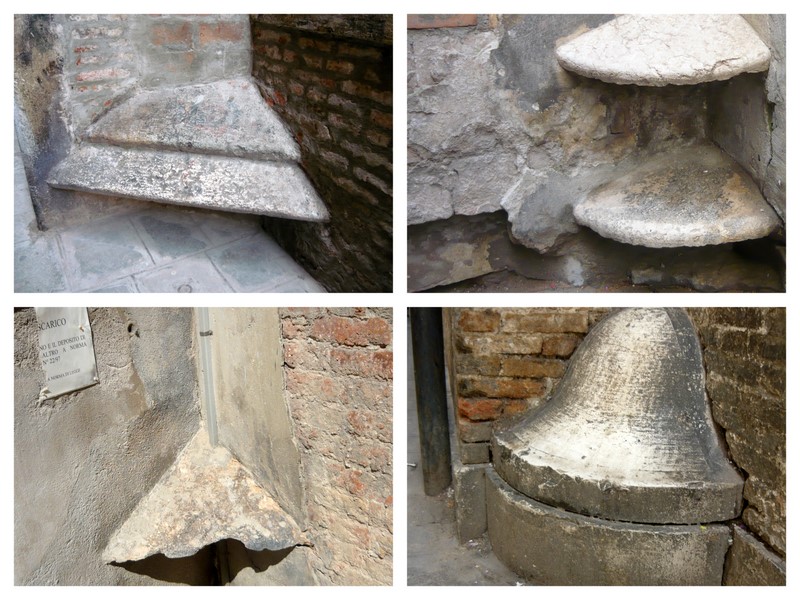 To avoid that the city became saturated with crime, that terror reigned supreme and to lower the number of nocturnal killings, these "anti-bandit humps" were quickly built together with the appearance of the profession of "codega" or "el còdega", a servant who lit the streets with a lantern. However, the "antibandito humps" had a second usefulness, so much so that it received a second name: that of the "pissotte" or "pissabraghe": in addition to preventing criminals from hiding from their prey, it's said that the inclined casts of mortar also had the task to maintain a certain public decorum and therefore prevent Venetians from urinating in the corners of the calli. Urinating on an inclined plane, in fact, caused the risk of getting everything on, on one's pants and on one's shoes, and for this reason people began to avoid doing their "needs" there. Having the function of anti-crime and urinal deterrent as well as an educational tool for citizens, what could seem an ornament or an insignificant pour of mortar made badly and apparently by mistake, hides its history and its meaning, which still today is told after years of distance.