Venezia77, Day 9_ Nuevo orden is the film of the day: will it go to prizes?

Day 9, the day of the awards ceremony of the Venice Film Festival 2020 is approaching and a film by an Italian director little known to the general public will open it. Another strong and moving story, like many others of this Festival, is told by Uberto Pasolini in the Orizzonti Section, the same one in which he won the director's award for Still Life in 2013. His new work is called Nowhere Special and tells the terminal illness of a young man without a family but with a 4-year-old son who he wants to entrust to a new couple of parents. Producer of Full Monty, distant relative of Pier Paolo Pasolini and nephew of Luchino Visconti, Uberto was inspired by a true story, played on screen by James Norton. Like Still Life, Nowhere Special is also inspired by a real event. A raw story told through simple images devoid of any virtuosity, a poetic, precise and subtle writing that confirms Pasolini's skill in describing sometimes brutal reality while remaining accessible to all but without falling into easy sentimentality. "Death is an excuse to talk about life". 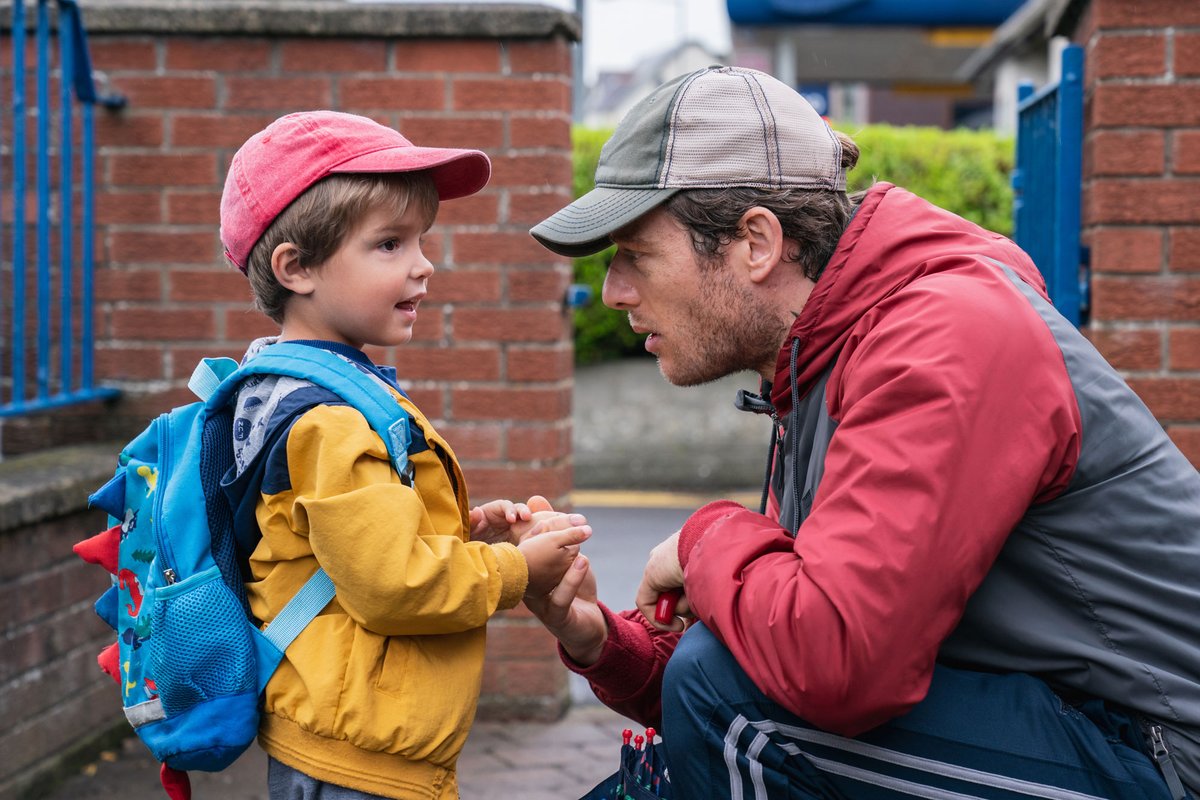 Nuevo Orden is the first film in competition of the day, directed by Mexican Michel Franco (winner of the Un Certai Regard award at Cannes 2012), it is a work that does not leave indifferent. In this fascinating dystopian drama full of suspense, a lavish high society marriage is disrupted by an unexpected revolt, resulting from the social conflict that starts a violent coup. Through the eyes of the supportive young bride and the servants who work for and against her wealthy family, Nuevo Orden describes at breakneck speed the fall of a political system and the birth of an even more distressing one. “Nuevo Orden proposes a dystopian vision of Mexico, which however differs only slightly from reality. Social and economic disparity is currently increasingly widespread and unsustainable. It is not the first time that such a scenario has arisen in the country and corrupt governments have always responded with dictatorial violence to any form of protest"  commented the director at the presentation of the feature film. Nuevo Orden is an uncomfortable film that is unlikely to find distribution in Mexico. "If inequality is not dealt with civilly and voices of dissent are silenced, then chaos ensues." The feature film enjoys an energetic style and a fast pace full of metaphors and symbolism, further confirmation of the great expressive capacity of Mexican cinema which in recent years, in particular with the trio Inarritu, Cuaròn and Del Toro, has won favor of critics and audiences around the world. 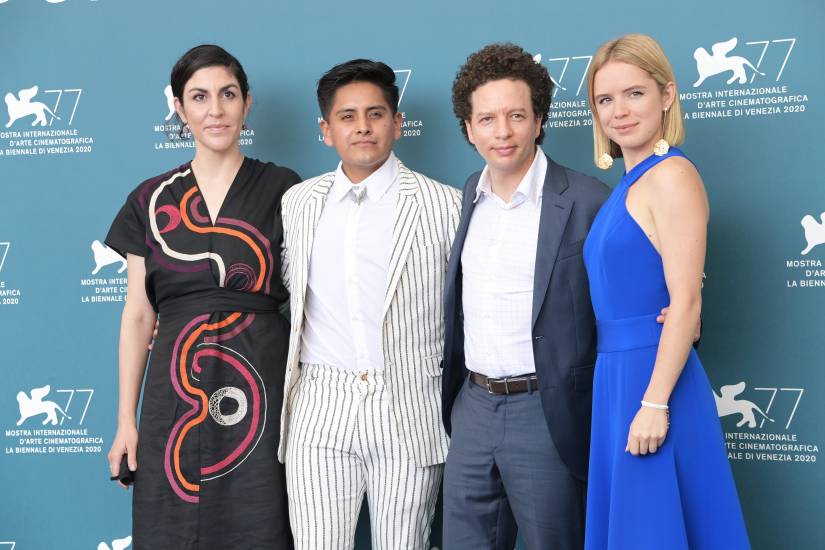 Und morgen die ganze Welt is the second title in competition of the day, directed by Julia von Heinz. The film is based on a line of the poem Es zittern die morschen Knochen by Hans Baumann written in 1932. Germany is shaken by a series of violent racist terrorist attacks. Twenty-year-old Luisa joins an Antifa group determined to counter the neo-Nazi movement in revolt. With her reckless actions, she not only fights the far right but also tries to impress Alfa, an anti-fascist activist with whom she is secretly in love. Soon, the situation escalates and Luisa and her friends are faced with the question of whether violence could be a legitimate political response to fascism and hatred. "The far right is driven by fear and hatred. For leftist activists, the idea is that of a world where peace and equality reign. But how is it possible to conquer them? Luisa, the protagonist of my film, pushed to fight violently against the far right, eventually loses herself in the struggle. With a past as a leftist activist, I ask myself every day how I can use cinema to reflect on the current political climate. I hope my film ignites a discussion about how we want to live together. This is not only a story that tells the bitter divisions that cross Germany, but also an examination of the global division that characterizes the whole of Western society ", the director's comment. The German director's film opposes the criminalization of anti-fascist movements, staging the lives of young militants amid political struggles and love stories.

"In the first place I had conceived a feature film inspired by real events: namely the killing of the Nazi Gerhard Kaindl in Berlin in 1992. In retrospect I can say that it was a blessing. At the time we were unable to obtain the financing and I myself would not have been able to shoot the film in the way I imagined it "explains the director who arrived at the Lido for the presentation of the feature film:" I shot the film thinking of the German spectator. In Venice I then met many people of different countries that knew about this problem. In this sense it must be acknowledged that Trump made famous the word 'Antifa', clearly criminalizing it. But what does Antifa mean? It means anti-fascist: how can anti-fascist people be criminalized? , especially nowadays ". Like Nuevo Orden, Und morgen die ganze Welt also deals with political themes that are more current than ever, but unlike the Mexican film, it is not impressive how they are put on screen. The film is inconsistent and not very successful in describing a context of youth discomfort. 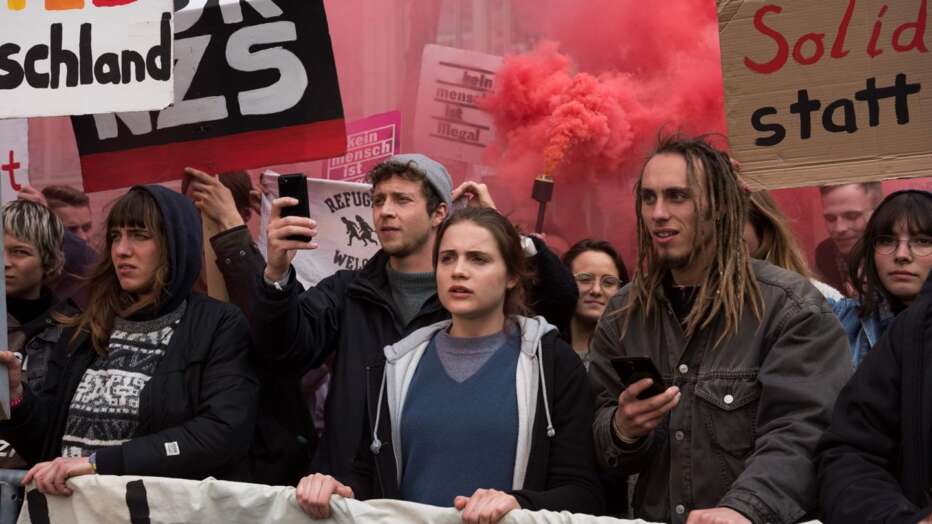 See you tomorrow with Day 10 of this Venezia77.