Venice 77, Day 1: from the homage to Ennio Morricone to Lion to Tilda to the screening of Lacci by Daniele Lucchetti

Venice 77 opens in the name of emotions.

The 2020 edition of the Mostra Internazionale d'Arte Cinematografica La Biennale di Venezia, in its most difficult edition, opens with a tribute to the extraordinary Maestro Ennio Morricone, who died on July 6. In a Great Hall transformed into "a sky quilted with stars" the eyes are filled with images that flow on the screen and tell the long love story between the Maestro and international cinema, while the notes of Deborah's Theme of Once Upon a Time in America masterfully performed by the Orchestra Roma Sinfonietta conducted by his son Andrea echo in the air. All standing, united by a long and warm applause.

The exhibition starts from here. With a Red Carpet closed by high protections that isolate it from the city to avoid crowds on which the stars can only show themselves to photographers, in a Hall in which everyone is masked - but after all Venice is the realm of masks, no?! - where the physical distance is blatant. But I have chosen to see a room half full, rather than a room half empty. It is from here that one must start again. And this restart is the theme that characterized the Opening Ceremony: the pleasure of being back in the room after a long period in which each of us thought that moment would never come again, an unexpected desire until a few months ago. And yet, we returned to enjoy the darkness of the hall, finally "to breathe the same air even if filtered", to immerse ourselves in images and sounds, in what is the imaginative power of cinema!

The evening was presented by godmother Anna Foglietta. Splendid and self-confident, excited just enough but fully master of gestures and words, especially those of her long opening monologue. A hymn to "doing", a tribute to those who wanted and allowed this edition of the Festival to arrive here, to be there and to be there for all the established dates. A hymn to life, the one addressed by the actress, "in spite of everything that happens around us, in spite of this vortex that wants to drag us towards an abyss", for which the important thing is to fight to feel alive "which means to return to being human, to fight with all our strength towards the intellectual abbrutimento. It was hard, it is still hard now. But the future is not written. This time we have the faculty, and not only that, we have the duty to imagine it and to build it the world to come".

Particularly heartfelt was also the speech of the President of the Jury, Cate Blanchett,  simply ethereal, began with an exclamation in Italian "We did it!", recalling how cinema has been saving and delightful during the long months of lockdown "isolated in our bubbles", but devoid of "its vital component that we find here tonight: strangers who gather in the dark tasting a collective experience".

The Ceremony then continued with the awarding of the Golden Lion for Lifetime Achievement to actress Tilda Swinton, presented on the Red Carpet with a special and precious mask carved like a butterfly, in Italian revealed that she is "very proud and happy to be here". She then showed all her gratitude for the important recognition awarded to her: "Thank you for my lion with wings. The best personal protection device for the soul I can imagine. Long live Venice. Cinema, cinema, cinema! Wakanda forever! Nothing but love". He then closed with a personal tribute to the recently deceased actor and friend Chadwick Boseman. 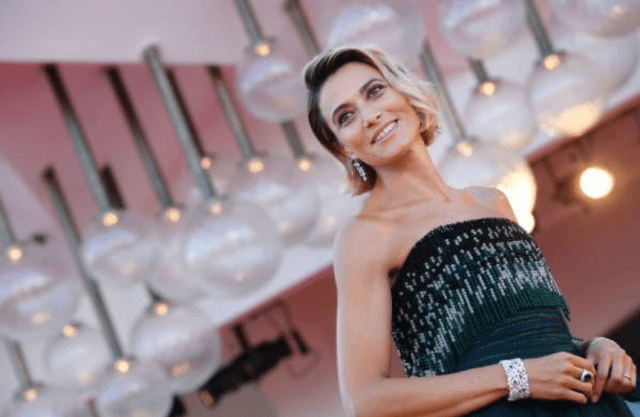 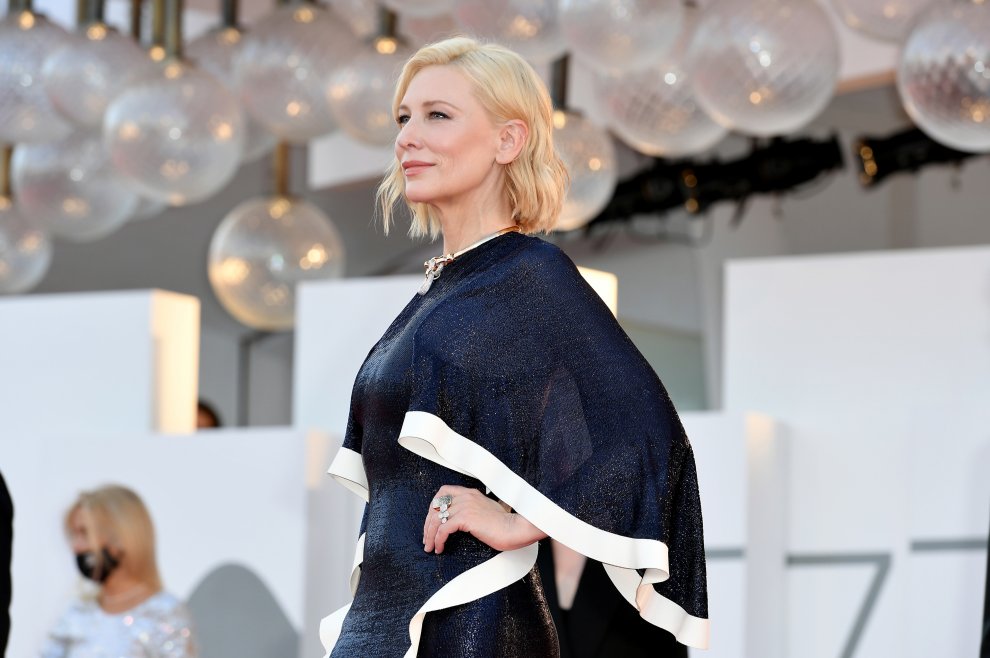 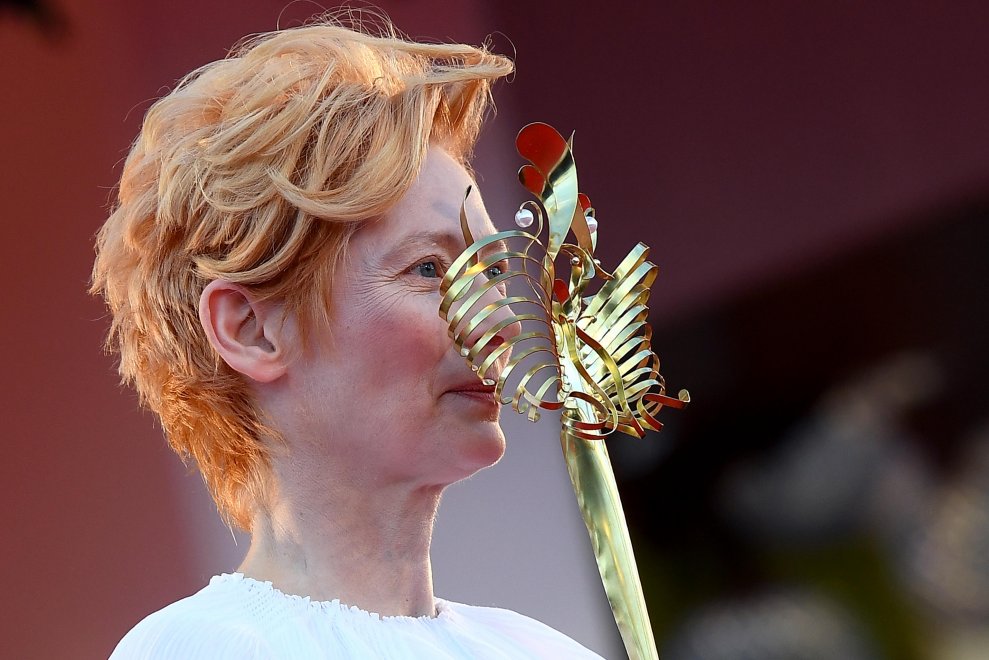 The evening then ended with the screening of the opening film, Lacci by Daniele Lucchetti, with an exceptional cast ranging from the protagonists Luigi Lo Cascio, Alba Rohrwacher, Silvio Orlando and Laura Morante, to co-starring Adriano Giannini, Giovanna Mezzogiorno and Linda Caridi. The screenplay, based on the novel of the same name by Domenico Starnone, tells the story of a couple, Aldo and Vanda, that in thirty years of marriage more than building a happy life they seem to have raised a wall that traps them in a false serenity, that tangles them like laces that become a noose that prevents them from breathing, but that keep the family ties tight. And they are the same laces that symbolize teaching and tradition, like a father who teaches his children with love to tie shoelaces, as if to tie the knots of important events in life. Aldo is a journalist who works in Rome, where he talks about books on the radio, Vanda is a primary school teacher. The two live in Naples together with their two children, Sandro and Anna. The trap suddenly explodes because of the betrayal of him with the young Lidia, who seduces with her lightness by loosening that weight of the responsibilities of a homely stability on which Anna has always aimed, and turns into a real war, dialectical above all, where her children are harnessed: discussions and scenes reveal a verbal theatricality and a dialectical dynamism that is well opposed to the physical stasis that greatly limits the space to the kitchen and living room. In these continuous contrasts, it is the female figure that wins, stronger  stronger in its acidity and in the search for a revenge that reveals instead of fragility, at the expense of a male universe that comes out a little bruised: Aldo is represented as a coward, an inert man immobilized in the impossibility of being able to do, to understand, to make decisions, lost at the mercy of events that he cannot dominate, letting himself live rather than live. That shred of personality that he shows is built, fake, does not belong to him, because erected on the thoughts of others, of the authors he prefers, from Fitzgerald to Gianni Rodari. In the background a Naples that is popular only in appearance, but in essence Lucchetti presents us with a cultured and bourgeois city, deprived of its characteristic dialect, leaving echo in its alleys the literal dialogues, albeit violent, of the two protagonists, screamed, often yelled at by the two protagonists. Inevitable the separation that will then become inexplicable reconciliation. But it is an "apparent reconciliation, the false forgiveness, the drama of lies, deception and reticence", as the protagonist Luigi Lo Cascio explained, which dampen the tones but not the tensions even after thirty years: she remains the same acid woman, he the same coward who endures but who manages to subvert the dialectical emphasis that accompanied the entire film in the final part, when he is now old and tired and will say "to be together we must speak little". At the expense of this icy war between the two will be the children who, as adults, will finally decide to get rid of that climate of belligerence in which they were forced to live.

The film, which moves on two temporal planes thirty years apart, where the protagonists show excellent performances, is not only a tortuous labyrinth of thoughts and words, a dialectal tangle, but also a thriller in which questions become protagonists and heavy as boulders: what drives a couple, after a betrayal, a separation and a lot of pain to get back together? Why, even though they no longer love each other, do they decide to return to a life as a couple? And the yellow becomes thicker: what has turned the house upside down? Where has the beloved cat disappeared? The choice of Padlocks is to build a story without emphasizing, however, entrust to a mother scene the apex of the narrative. The alternation of screamed dialogues with silent scenes where sound leaves room for the power of the image, where the concrete becomes hinted at, manages to keep up the tension of the vision, touching the auteur cinema.

The film was warmly welcomed by the public, but warmly by a part of the critics who did not forgive Lucchetti for having streamlined the dense plot of the pages written by Starnone. The simplification and a sort of schematization is harshly reproached, to the detriment of nuances that would have amplified the tension of the story. A simplicity that chooses a sharp dialectic at the expense of more interesting psychological paths that would give a deeper meaning to the actions and choices of the protagonists, which come to be reduced to semi-empty entities capable of suffering who only suffer, who to take revenge at any cost: and so psychology becomes only psychology that fails to give the right answers to precise questions about love and relationships. Under fire also the continuous transitions from one temporal plane to another that would remove linearity to the narrative, imposing a greater attention to the vision.

But the lesson of Lucchetti is clear: "It is not only love that unites people, but also what remains when it is no longer there. "

In the halls since October 1st. 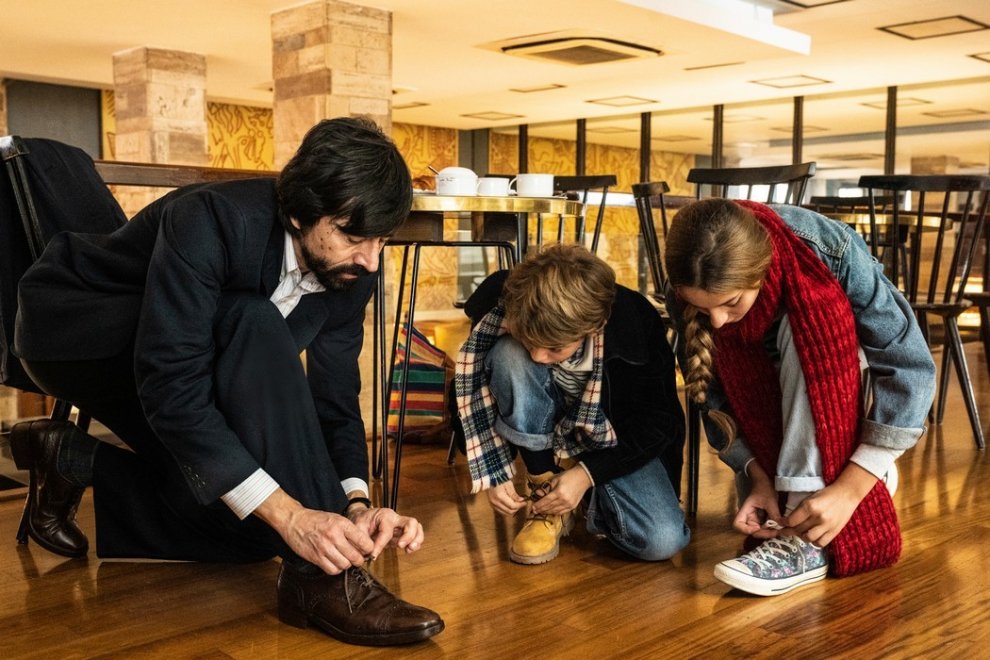 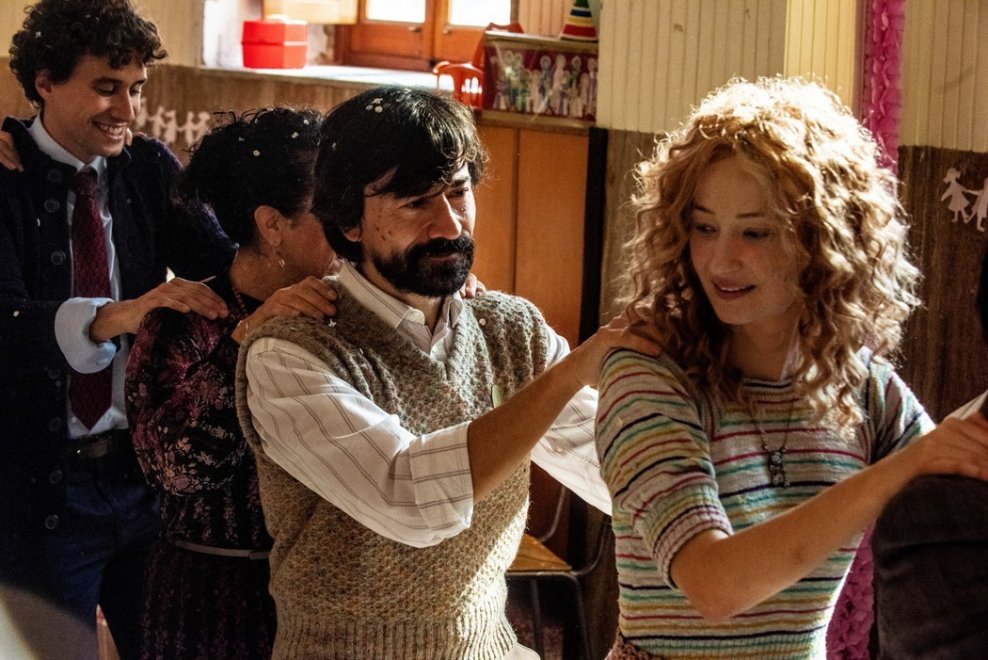 In the afternoon, the Section Orizzonti was inaugurated by Mila (Apples), the first work of Greek director Christos Nikou, who seems to have learned the lesson of his master Lanthinos, from whom he is clearly inspired.

The film is dedicated to the functioning of the human being's memory, on how it can be selective by choosing what to remember and what to reset instead. But Nikou's attention is focused above all on the increasingly pressing influence that technology has on our memory: the technological tools we possess replace our memory by archiving information and making our memory capacity increasingly unstable and unstable.

The story starts from a very topical theme: a pandemic that causes amnesia by erasing all human memories. The protagonist Aris chooses to rely on a special program that promises the construction of a new memory, new memories. So man spends his days carrying out a series of actions in order to create new memories and in the hope of stimulating those now lost. The only memory from which he draws comfort is the taste of apples (mila in Greek). This strange exercise is carried out with the help of a camera through whose lens he scrutinizes the world, as the need to place a foreign object between himself and a reality that is difficult to recognize, because he does not remember.

Nikou's amnesia is the metaphor of a society of people who now live without any contact, who forget facts and people with a disarming ease prey to technology that makes life easier, but returns a humanity more alone. But the question that arises is: are we really only what we remember? Is it possible to live a decent life while having no memory of the past?

The film undoubtedly returns a feeling of pessimism and this pervades the entire film, amplified by the gloomy photography. The absence of characters and therefore the lack of dialogue makes the vision rather complex. The plot does not offer any theatrical impact and there are very few emotions, blocked in the protagonist's silences, so the projections are much slower. The only glimmer of hope is the possibility to select memories, forget what we want and live new stories to tell us a new past. 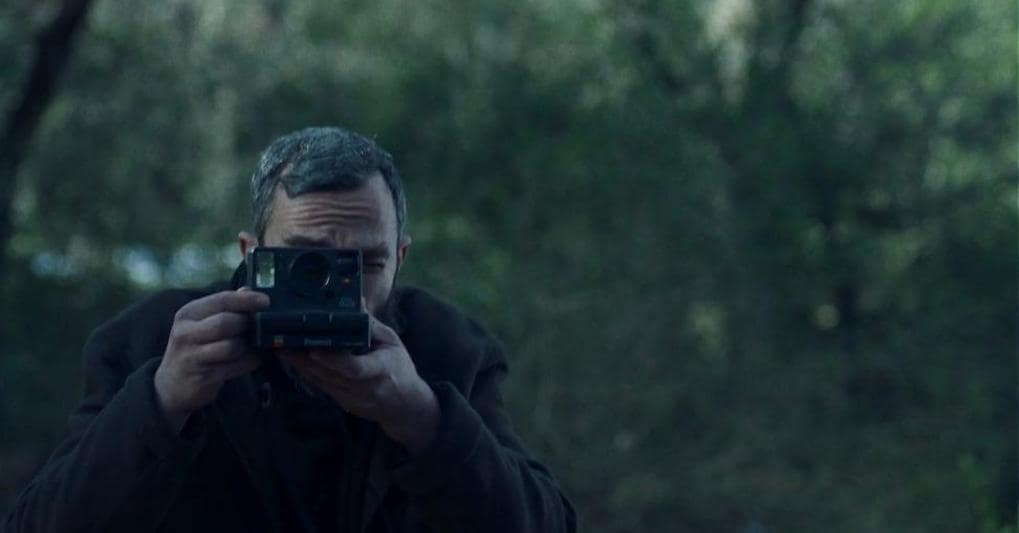