Venice 77, Day 10: Nomadland conquers Venice on the penultimate day of the Film Festival

Tenth day of the Venice Film Festival and penultimate appointment with our column that tried to tell day by day the films, events, emotions that have animated the Lido in the last ten days.

The day opens with the screening of I Predatori, an unexpected and unsettling debut film by Pietro Castellitto, son of Sergio and writer Margareth Mazzantini, presented in competition for the Horizons Section. It is early morning, the sea of ​​Ostia is calm. A man knocks on a lady's house: he will sell her a watch. It is always early in the morning when, a few days later, a young philosophy assistant is left out of the group chosen for the exhumation of Nietzsche's body. Two wrongs suffered. Two apparently incompatible families: the Pavone and the Vismara. The former was bourgeois and intellectual, the latter proletarian and fascist. Opposing nuclei that share the same jungle: Rome. A trivial accident will cause those two poles to collide. And the madness of a twenty-five year old boy will uncover the cards to reveal that everyone has a secret and nobody is what they seem. And that we are all predators. “This is an ensemble film. However, the characters who overlap and touch each other here and sometimes know each other, they don't know. Each of them is alone, lost in that stretch of life where no one seems to understand you and where you would like everything to go the other way. Reverse the course to live their hope: this is the battle they fight. How much love and how much ferocity they serve, they will discover on their skin. On the other hand, being happy is a difficult job. Sometimes, a Predatory profession. When, five years ago, I wrote the first version of "The Predators" I started from Federico. He is the most autobiographical character in the film and in him I catalyzed the feeling that even in the most "enlightened" environments there are those prerogatives of alienation and sadness that can lead a young person to arm himself. Not that I have ever thought of putting a bomb anywhere, I am rather referring to that load of enormous frustration, typically youthful, that arises from the difference between who you are and what others think you are. A disturbing load that can lead to extreme gestures. Fortunately, he made me write a film. This." said the young director who also expressed himself on what it means to be a child of art: "There are those who, unlike me, go to the right places to find work, but for those who live in my condition, others see only advantages . It is not like that, sometimes you feel real frustration when that world in which you appear already knows you and judges you ".

A debut feature that brings current issues to the room that have won over the audience, an anti-bourgeois film as Castellitto defines it, rather than anti-fascist. 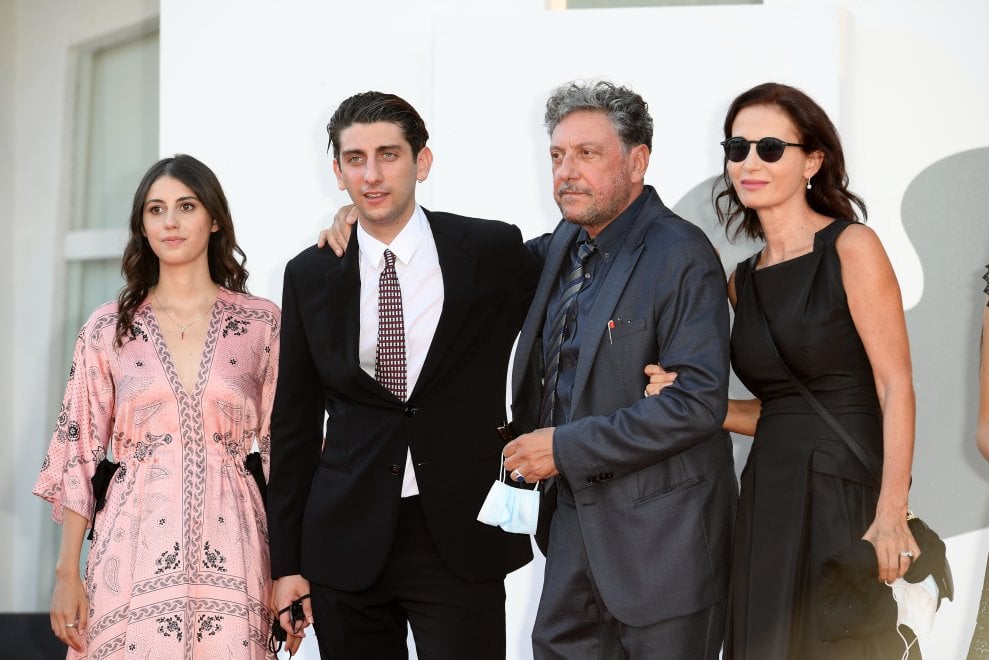 Nomadland is the first film in competition of the tenth day, directed by the Chinese-American director Chloè Zhao. After the economic collapse of a corporate town in rural Nevada, Fern loads her bags into her van and sets out on the road in search of a life outside conventional society, like a modern-day nomad. Nomadland sees the participation of true nomads Linda May, Swankie and Bob Wells as Fern's guides and companions as he searches through the vast landscapes of the American West. "When you make a film like this you have to create an ecosystem. We tried to introduce ourselves to the communities of these nomadic people and we listened to their stories." explains the director. The protagonist of the film is Frances McDormand, Oscar winner for Three Posters in Ebbing, Missouri: “From these wonderful people, each of whom has made their personal story available, I learned to shut my mouth and listen. Reminding me that listening is the main part of every professional actor "explains the actress who notes some similarities between the character that allowed him to receive an Oscar and Fern," both working class Americans, both facing difficult life choices, both have to mourn”. Nomadland places itself in the American tradition of the classic film on the road, the personal journey of a woman who leaves the city and ventures into the challenge of nomadism, a film that has received critical acclaim and which with every chance will go to prizes.

There is also a bit of Italy in the film, in fact the music was composed by Ludovico Einaudi: "Nature is a fundamental theme for me. I am convinced that landscapes convey messages. For this I have chosen the music of Ludovico Einaudi, i was very impressed by the video in which he plays in the ice of the Arctic." so Chloè Zhao motivated the choice of the Italian composer. 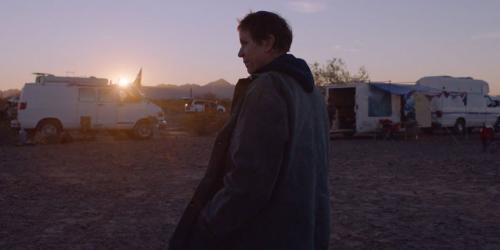 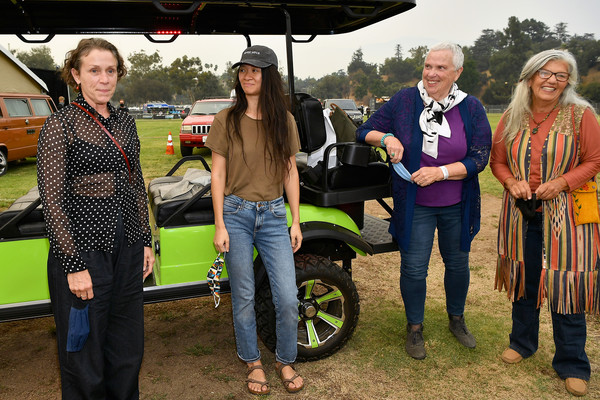 One of the latest films presented in competition at Venice 77, In Between Dying by Hilal Baydarov, arrives from Azerbaijan. Davud is a misunderstood and restless young man in search of his "real" family, those whom he feels will bring love and meaning into his life. When, in the course of a day, he finds himself experiencing an unexpected series of accidents, which will be fatal for several people, invisible memories, events and worries re-emerge. Davud is catapulted into a journey of discovery, in which he fails to recognize his "missing half", until he comes to accept the fact that living in danger is his destiny, that death will always prevail over to his personal events and that getting rid of them will be his initiation to fully penetrate into life. After embarking on a journey in the making, Davud eventually returns to the place where he always lived. Here he finds Love waiting for him, but perhaps it is too late.

A virtuous film, shrouded in mystery, a suspended journey that reaches metaphysical peaks thanks to suspended and hypnotic moments. An interesting feature film but not very accessible as it is difficult to maintain concentration for the entire duration of the film. "At the center of my work is the idea of ​​the person trying to understand the reasons why he lives and is present, here and now, in this world. I think of someone who does not know how to love and yet believes in love, a person who tries to find his real family, certain that it will bring authentic meaning into his life. In this story, Davud is the person who reminds us of the possibilities of love. I wanted to visualize his path in some way, and this film came out of it. With my mind constantly turned to Bresson's teaching, "first feel emotionally, then understand", I have always focused on moments of inspiration. Undoubtedly, inspiration is a time when questions can completely destroy concentration. It helps me a lot to work actively with a group of colleagues who understand this process and have done it completely their own. Also, I'm shy and have a hard time communicating with people I don't know. In fact, those with whom I work profitably are mostly my family and some close friends. In an environment like Azerbaijan, there can be many restrictions and limitations, but I confess I love them. Somehow they forced me, like everyone else, to find new ways to give voice to feelings. I hope this shows through in my films" , this is the director's comment on his work, a film supported by a strong artistic coherence but not completely successful.

See you tomorrow to discover all the winners of this Venezia 77.