Venice 77, Day 6: the rain does not stop the Festival, the great cinema competition continues on the Lido

Sixth day of the Venice Film Festival 2020, having reached the halfway point, we begin to sum up what will be remembered as the "covid-19" or "post-lockdown" edition. In short, a particular edition but no less interesting than those that preceded it. Great movie stars and personalities from the entertainment world have landed at the Lido of Venice and many more are expected in the coming days.

Between torrential rains and suggestive storms, the sixth day of Venice 77 opens with Omelia Contadina, the short film by Alice Rohrwacher and JR, defined as a "cinematic action" by the author herself during the presentation: "It is a funeral, but it is full of life. All the people who participated in the film action are alive and fighting to survive the difficulties they have to face every day. It seemed important to us to celebrate this rite also to be able to start again with a new life, a new testimony”. The film tells the life of a peasant community that gathers on a plateau on the border between three regions to celebrate the funeral of peasant agriculture. Rohrwacher, winner of the award for best screenplay in Cannes in 2018 with the film Lazzaro Felice, tells how the idea to write the short was born: "Last autumn, during a walk on the border between Umbria, Lazio and Tuscany, I told my friend and artist JR my concerns about the destruction of the agricultural landscape, violated by the proliferation of intensive monocultures that are shaping entire territories. I told him, as the daughter of a beekeeper, of the great death of insects that ensues, and of the struggles of small farmers who try to stem this river full of speculations, subsidies, pesticides. As we looked at the landscape marked by uninterrupted rows of hazelnuts, we told ourselves it looked like a cemetery. On the way back we decided: if it looks like a cemetery, we have to celebrate a funeral. But it was full of life. To support the struggle of small farmers and citizens of the Alfina plateau. A funeral, but also a hymn of hope dedicated to all those who keep us alive day after day by producing our food ”. The short film will be distributed free of charge in cinemas to reach the largest possible number of spectators.

Art? Cinema? Omelia Contadina is a real "action" aimed at creating a network between realities fighting on the planet, in fact the project does not end with the Venetian experience but there will be new similar initiatives as stated by JR, a well-known French artist famous for his "Photo collages". 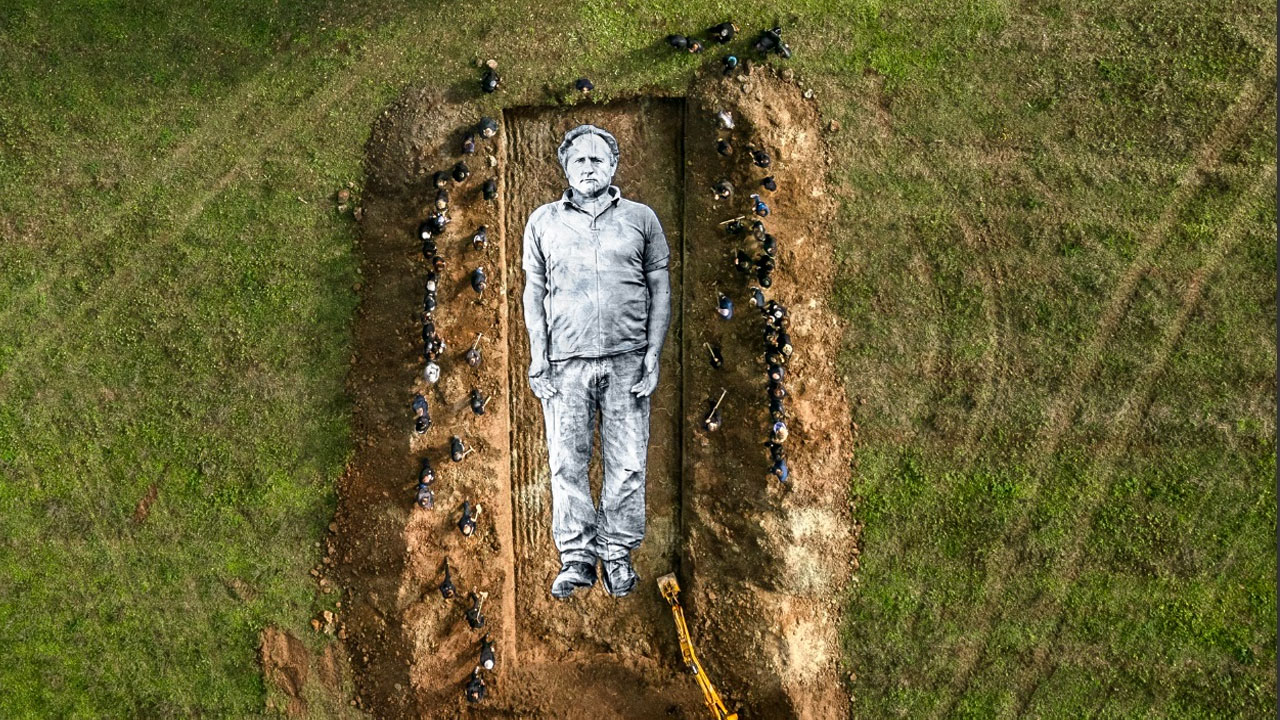 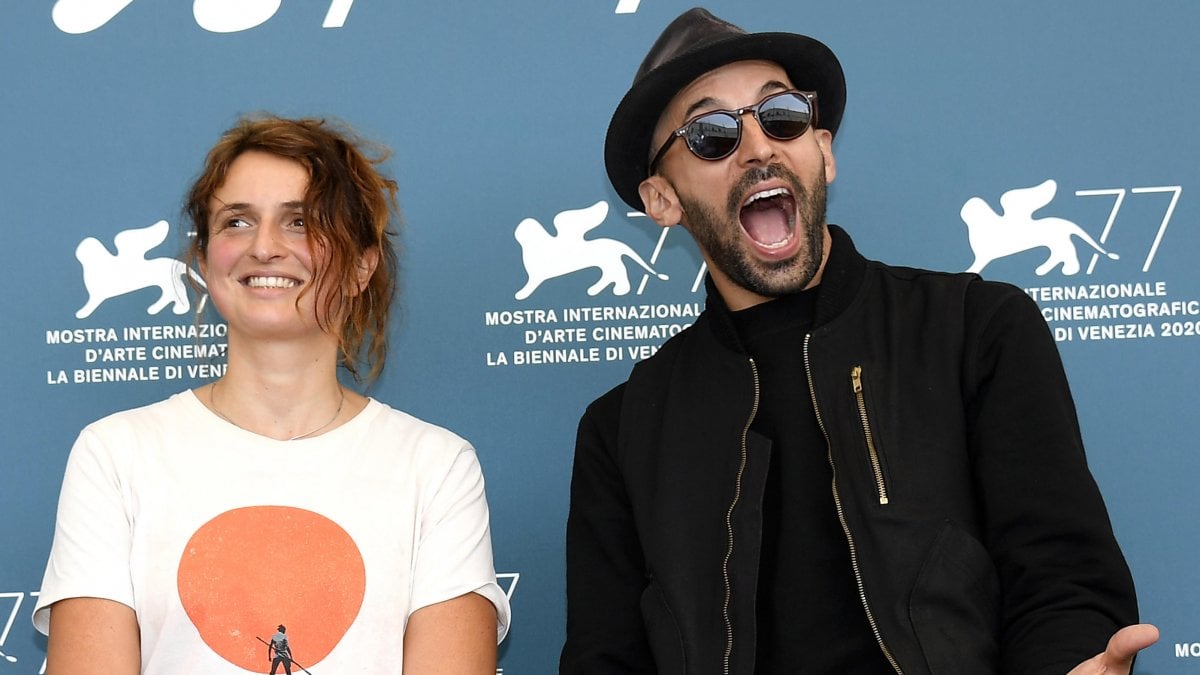 Julia Vysotskaya is the protagonist of Dear Comrades!, the first film in competition of the day directed by Andrei Konchalovsky, an 80-year-old Russian director who won the Palme d'Or at Cannes and two Silver Lions in Venice. Novocherkassk, USSR, 1962. Lyudmila is a member of the local Communist Party: a staunch militant who has an unshakeable faith in Communist ideals and a profound contempt for all forms of dissent. During a workers' demonstration in a locomotive factory, the woman witnesses a shooting on demonstrators ordered by the government to suppress the strike: an event that will forever change her vision of the world. Many were injured and many were missing. The city is devastated by arrests, summary sentences and a curfew. And in those days Lyudmila's daughter disappears into thin air. For the woman, a laborious and risky search begins, relentlessly and without quarter, despite the blockade of the city, the arrests and attempts at cover-up by the authorities. The film is based on a fact that actually happened in Novocherkassk on June 2, 1962. The investigation began in 1992. The victims of the massacre had been hidden in mounds under a false name so that they could never be found. The main suspects among the top government were already dead. Those responsible have never been convicted. Julia Vysotskaya is a woman of the socialist high command but also the mother of a young revolutionary daughter, catapulted into an inner conflict that is difficult to deal with. The film is striking for its splendid black and white photography, for the visual and musical choices that underline the sharp contrasts that the film intends to stage and for highlighting the distance between the communist ideals, in which Andrei Konchalovsky strongly believes, and reality. which often does not reflect them.

“Dear comrades! it is not a film about social unrest, but only about a historical fact. History, it must be said, is a cycle in which everything returns and there is not always an improvement, but ups and downs. One thing, however, is certain: power has only one goal: to keep itself. The human mind today is completely disturbed by the Internet. There is too much information, but not to educate, and so in the end the truth becomes banal ", the director told the microphones of the Biennale. 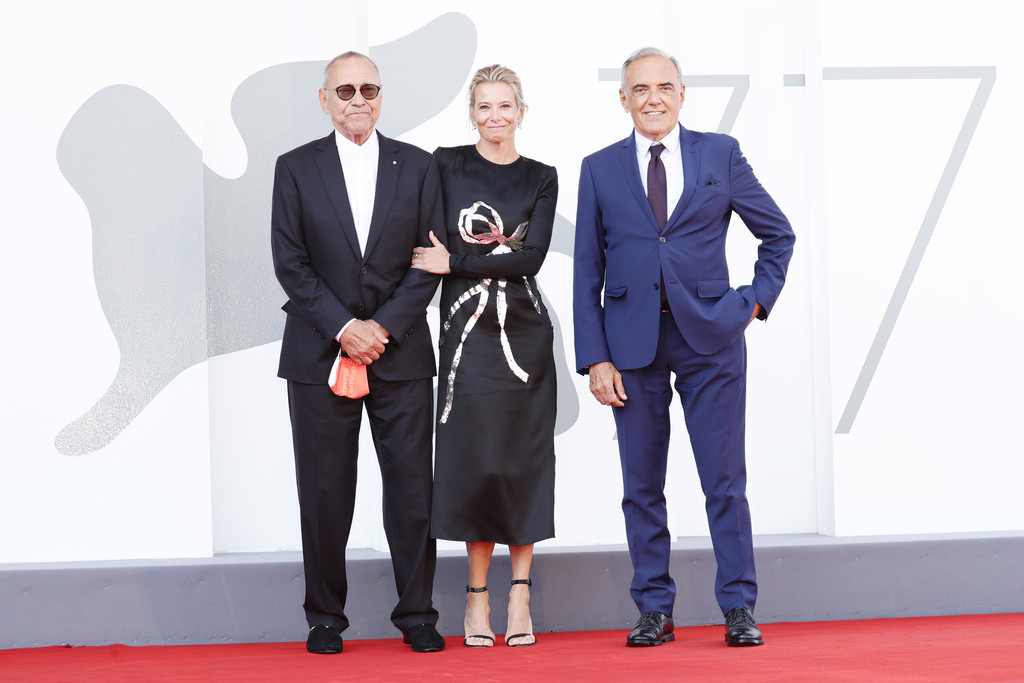 Never Gonna Snow Again is the title of the second film in competition of the day. The feature film is directed by Malgorzata Szumowksa, one of the most popular Polish directors on the European scene. A masseur from the East makes his entrance into the life of the wealthy inhabitants of a dull and inaccessible community, who, despite their wealth, exude inner sadness and desire. The hands of the mysterious newcomer have healing properties, his eyes penetrate their souls. To their ears, his Russian accent sounds like a melody from the past, a memory of a safer and more protected childhood. Zhenia, this is her name, will change their lives. Never Gonna Snow Again is a complex film, with a layered structure that leaves ample room for interpretation to the viewer.

“We have explored this relationship between soul and body already in our previous films, it is a recurring theme for us. This time we go even deeper, starting from a strong change that has characterized modern society in Europe in recent years. The middle-upper class, despite having everything available, suffers a lack, deep in the soul. During the years of communism this void was filled by the Church, politically and spiritually. Today they are disconnected from the Church compared to previous generations and replace this spiritual element with other things ”, the director's words. In addition to Szumowksa, the star of the film Alec Utgoff, known for having appeared in the third season of Stranger Things, also spoke about the collaboration with the director: “I enjoyed a lot of the success of the series, Małgorzata called me and offered me the part. I wasn't sure what it was, but he told me I was the right type. I think she is a very intuitive director: she changed the script by taking from each person the necessary ingredients to reshuffle the cards several times ". 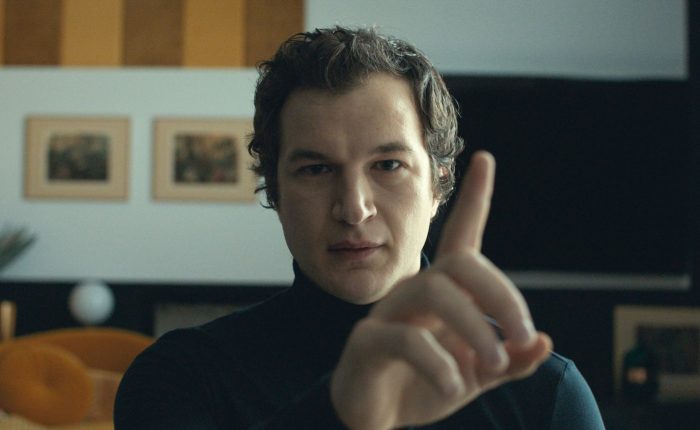 See you tomorrow with Day 7 of this Venice 77.