The eighth day of the 2020 Venice Film Festival opens with two titanic names who have written pages of cinema history: Dennis Hopper and Orson Welles are the protagonists of a documentary made in 1970 in which a conversation between the two is staged. Hopper / Welles is the title of the unpublished work presented Out of Competition in Venice 77. Dennis Hopper, at the time on the crest of the wave thanks to the great success of Easy Rider, Orson Welles, always an iconoclast and an interviewer with the inquisitorial authority . Both had emerged from notoriety to change the face of cinema. It seems quite natural that they met over a long, lively dinner. Recorded during the eventful filming of Welles's The Other Side of the Wind and during the difficult editing of Hopper's The Last Movie, the exchange highlights two characters with a fascinating resemblance: the eldest a lion of winter, the younger a hot-headed doomed to failure. The topics they deal with are many and the questions are profound. Is a director a "god" or a "magician"? Will America survive its own violence? Sex, liberation, radical chic and political honesty, Hopper/Welles is an essential testimony of the thinking of two cornerstones of world cinema and manages to be more current than many other works that claim to describe contemporaneity. 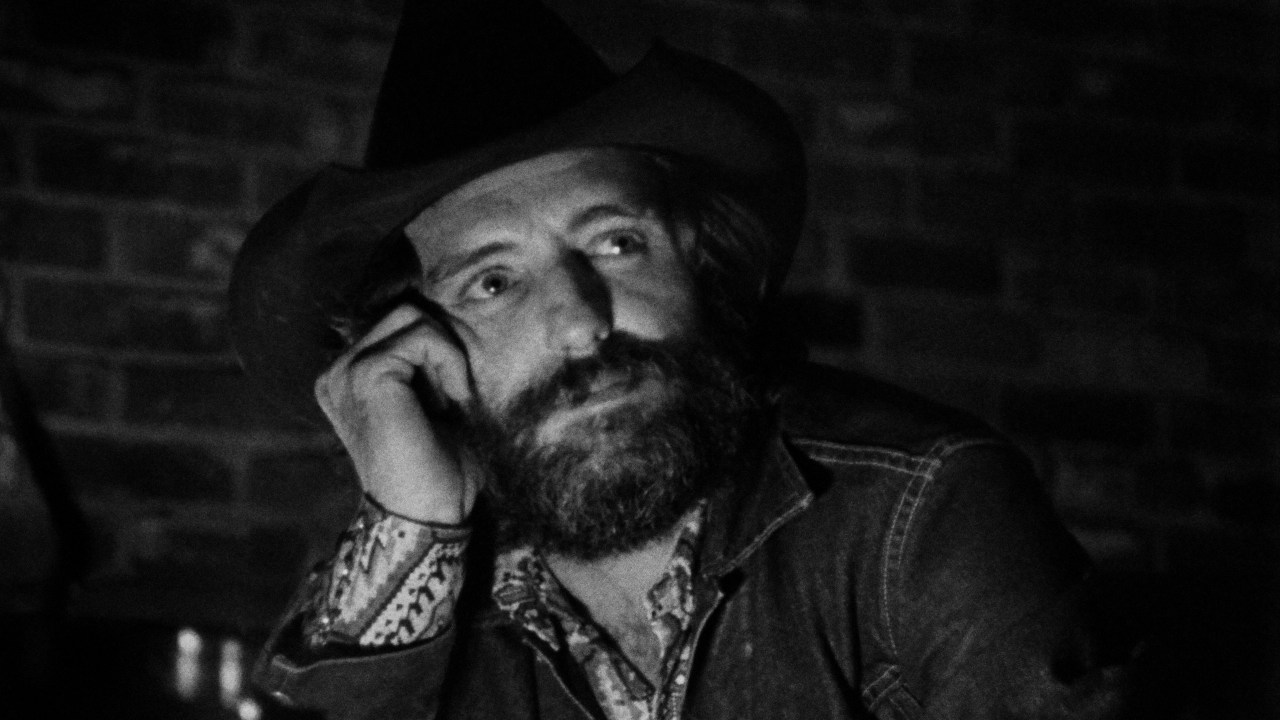 It's Wednesday in Le sorelle Macaluso, a film in Competition directed by Emma Dante. Maria, Pinuccia, Lia, Katia, Antonella: the childhood, adulthood and old age of five sisters born and raised in an apartment on the top floor of a building on the outskirts of Palermo. A house that bears the signs of the passing of time like those who grew up there and those who still live there. The story of five women, of a family, of those who leave, of those who remain and those who resist. “I tried to make time the protagonist. Time is a plastic surgeon who shapes bodies and creates, through the short circuits of life, the differences within us. " The last Italian film competing in Venice 77, Le sorelle Macaluso is based on the theatrical composition of the same name, which received the Ubu Prize, and has filmed the greatest Italian and international stages. An entirely female cast, twelve actresses (Donatella Finocchiaro, Alissa Maria Orlando, Susanna Piraino, Anita Pomario, Eleonora De Luca, Viola Pusateri, Serena Barone, Simona Malato, Laura Giordani, Maria Rosaria Alati, Rosalba Bologna, Ileana Rigano) spread over three acts perfectly brought to the screen by the Palermo director. An engaging film that keeps intact the intensity of the play that manages to be brutal and sweet at the same time: "It is not a themed film, it does not want to think about homosexuality rather than about illness or death. It is a film that tells the life of five people who inevitably die, fall in love with another woman, fall ill. Things that happen in life in any family. They are not special themes. Homosexuality is not a special theme for me. It is a natural thing like death "explained Emma Dante during the presentation press conference, he continues:" The concept of sisterhood raises many things in me. It makes me go back to being a child, it makes me think that women can be supportive, happy if a woman is successful. It makes me think of female warriors who achieve results together by fighting. And then it also makes me think about love, the bond, the strength of being together which is stronger than when you are alone ".

Not fully convinced and enthusiastic critics. The film will be in theaters from today, September 10, 2020. The second title in the official selection of the day is Spy no Tsuma (Wife of a Spy) by Kiyoshi Kurosawa, a consolidated Japanese author appreciated both in Japan and in the old continent. It is 1940 in Kobe, the night before the outbreak of the Second World War. Local merchant Yusaku Fukuhara feels that things are taking a turn for the worse and decides to travel to Manchuria without taking his wife Satoko with him. There he casually witnesses an act of barbarism and, determined to make it public, goes into action. Meanwhile, Satoko is contacted by Taiji Tsumori, her childhood friend and member of the military police, who tells her about the death of a woman her husband brought back to Japan from Manchuria. The woman is blinded by jealousy and takes it out on Yusaku. But when she discovers her husband's true intentions, she does an unthinkable thing to ensure her safety and their happiness. Melodrama, political intrigue, love story mix in a visual composition reminiscent of the noir classics of the 1940s and Alfred Hitchcock's spy cinema. "Set in a Japanese countryside town during the agonizing and terrible time of the war, the film tells the struggle of a couple to overcome mistrust and remain true to their love for each other. This is my first film. set in the past. Moving in an already determined historical and social context, I was able to make some very interesting reflections while imagining how tormented people must feel when they thought about what awaited them in the future. " Kurosawa explained at the Lido. Yu Aoi is the protagonist of the film, Japanese actress and model, known above all for her role in Megumi Takani by Ruroni Kenshin, talked about her character in Wife of a Spy as follows: "During the film the relationship between the protagonists evolves and the my character, Satoko, changes. At first it exists only because of the husband, then it is as if they became one soul, sharing the joy of achieving something together ". 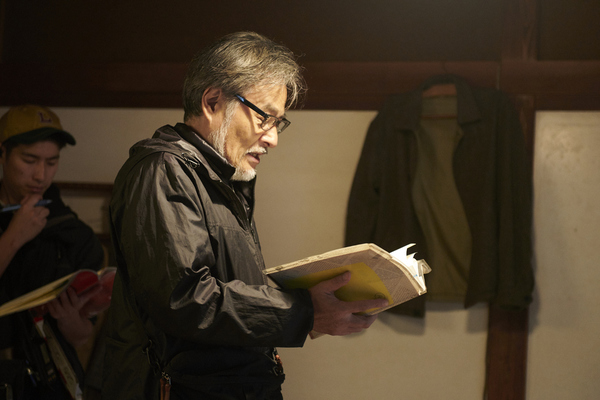 Out of Competition was instead presented another Italian film, La verità su La Dolce Vita by Giuseppe Pedersoli. It is a tribute to the most iconic film in the history of Italian cinema, which celebrates its 60th anniversary in 2020, and to the great director, Federico Fellini, in the year of its centenary.

The story is that of the genesis of the film, when Fellini found before him high walls of rejection of the film's production request. Would you have believed it? The most famous Italian film abroad risked never seeing the light! Only Giuseppe Amato, a well-known producer, can perceive the greatness behind Fellini's idea and understand that it will be a masterpiece. He addresses his prayers to Padre Pio and decides to put the film in the works. His intuition turns out to be truth, and the rest is history.

The narrative includes moments of working, tension, setbacks and quarrels over the making of the film, which is certainly very troubled. But also many unpublished footage and testimony of the protagonists. "It is an extraordinary love story for cinema: that of a producer for his film, in love almost at the cost of his life. A film that today is an emblem of our love for this art". 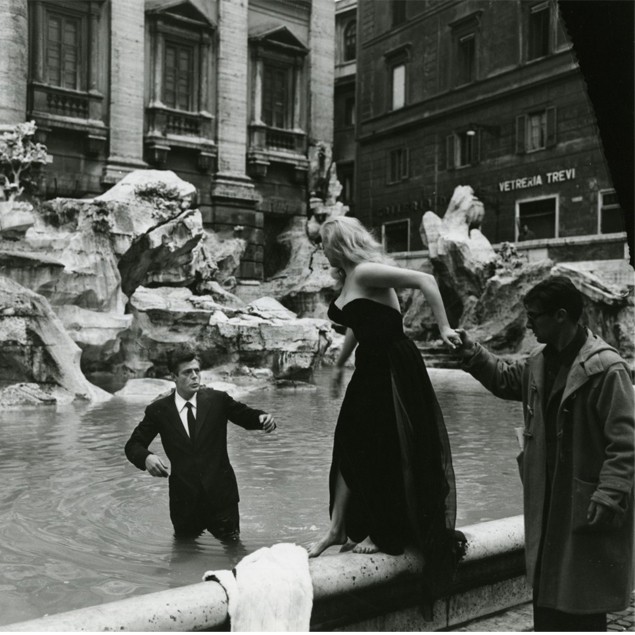