Venice Carnival 2020: all events around the Serenissima

The Venice Carnival in the outskirts of the City 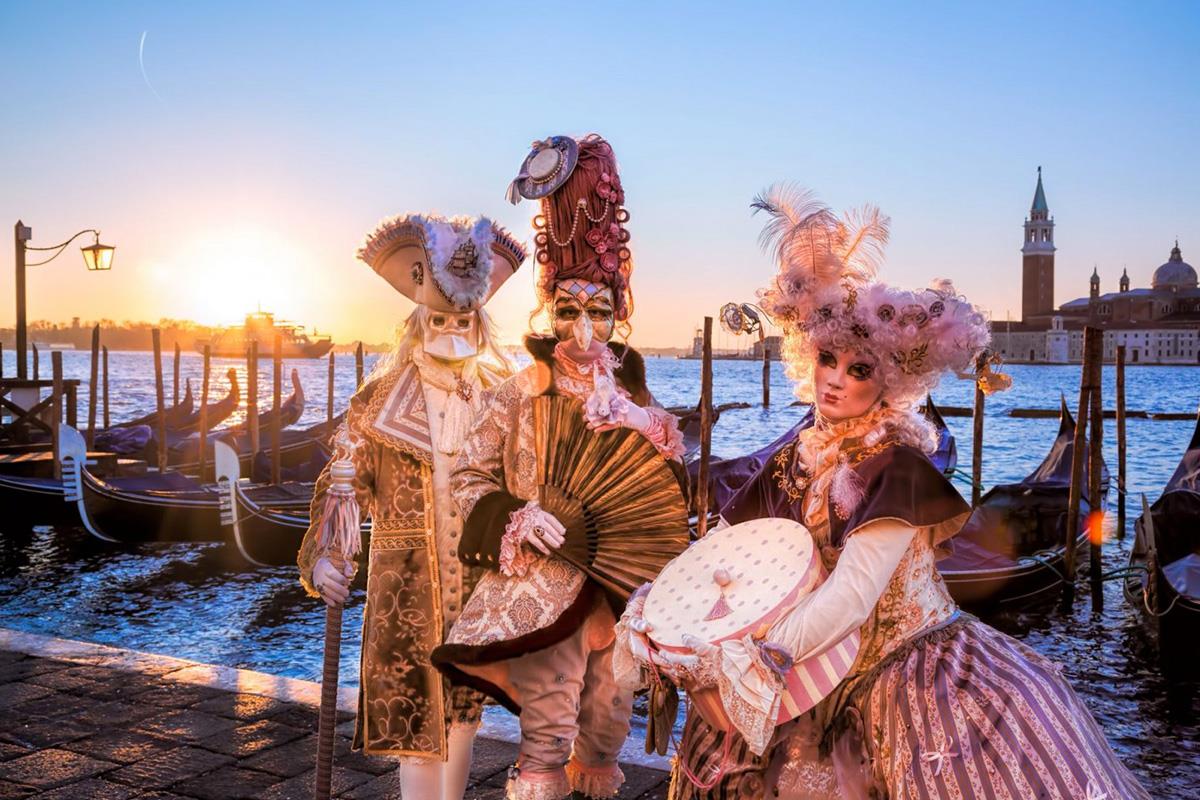 The Venice Carnival is an expected moment of city celebration during which it is filled with bright colors and opulence. Many are the visitors who participate in the event full of shows, being one of the best known and loved in the world: a tradition that has continued undaunted for centuries and that over the years has infected the neighboring towns of the Serenissima.

Let's find out together the official events of the Venice Carnival 2020 - “The Game, Love and Madness” from 8 to 25 February outside the Historic Center and the shows they offer.

In Campo San Donato, where the Basilica dedicated to Saints Maria and Donato is located, you can participate in the Carnival of Murano 2020, a community tradition in which the whole island takes part, including commercial activities. Thanks to the intention of the Mothers Association for Murano, which was created with the aim of keeping the culture of the place where they live alive, a day of celebration is organized every year that you can not miss: parades, masked rowboats, shows, accompanied by music and colors that shine on an island already characterized by fantastic colors. You will be able to participate in the Murano Carnival 2020 starting from 10:30 in Campo Santo Stefano, the starting point of the festival where there will be make-up artists for adults and children. The start of the parade is set for 11:15 am: the rowed boats disguised by the Remiero Murano Group will cross the canals of the island and then arrive in Campo San Donato. At 12:30 “Djestione Lenta” is scheduled, a musical party with animation reserved for children of the schools of Murano and, from 14:30, you can take part in the awarding of the most beautiful masks on the island. Would you like to spend a fantastic day in Murano but don't know where to have lunch? On the occasion of the Carnival, Murano restaurateurs and operators will offer a delicious refreshment.

The Woman of Fire: Marietta Barovier Pioneer of Venetian Pearls 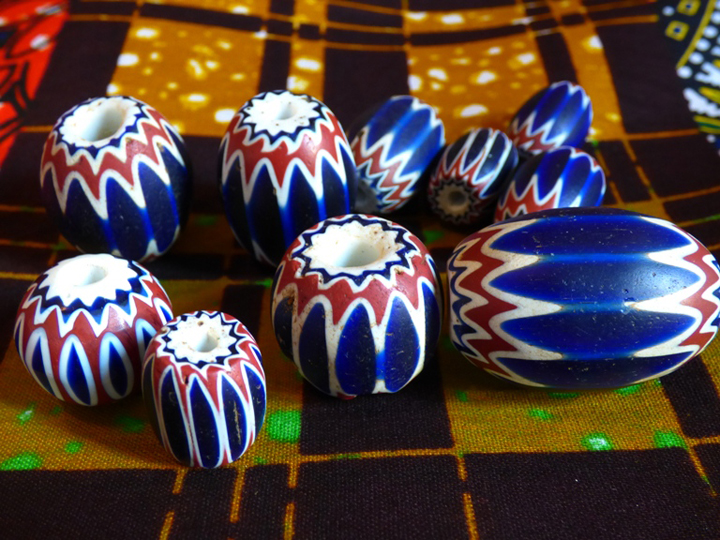 On February 19 in Burano, you cannot miss the fantastic theatrical representation of the story of Marietta Barovier at the Pio X Cinema in Piazza Baldassarre Galuppi: from 18:00 to 19:30 you will be catapulted in the fifteenth century, during the years of the birth of a artist who made love for his passion a real job. Marietta Barovier was an avant-garde woman, she conceived the “rosette pearl”, obtained by associating the design of the glass rod with a rose. In doing so he created a pearl with a 12-pointed motif, similar to stars or petals, which almost always have the same colour combination, meaning: white, blue, white, red and finally blue. And she was the first entrepreneurial woman who obtained permission from the Serenissima to open a furnace. Admission for the enthralling show is free while seats last. In case you are unable to participate, you can recover the show through replicas scattered throughout the Lagoon City: 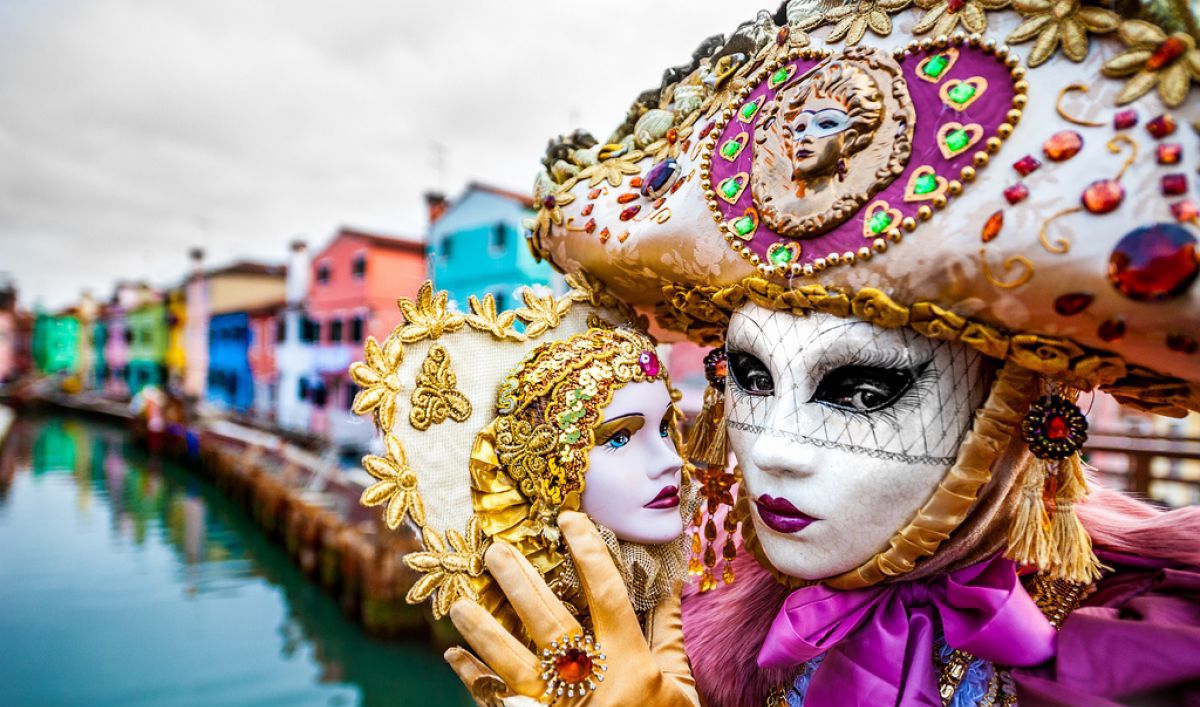 “El Carneval de Buran” is an event expected and felt by all the inhabitants of the island and by the Venetians. From the afternoon until late in the evening, you can spend a pleasant stay in Burano entertained by parades of masked groups and allegorical floats, musical concerts, children's entertainment, musical entertainment with DJ sets, comic and juggler magic shows, and the much-loved prize-giving. ACTV connections from Burano to Venice, Murano and Treporti are guaranteed throughout the evening and night. The program:

The Carnival of Marghera 2020 Saturday 22 February, from 15:00 to 17:00, traditionally disguised wagons will parade through the streets of Marghera with a consequent award ceremony for the participants. The parade will start from Via Bartolomeo Benvenuto and then end in Piazza Mercato. After the award ceremony, the party will be enriched by further fun through live music and DJ sets until the evening. In case of bad weather, the parade will be postponed to the following Saturday. 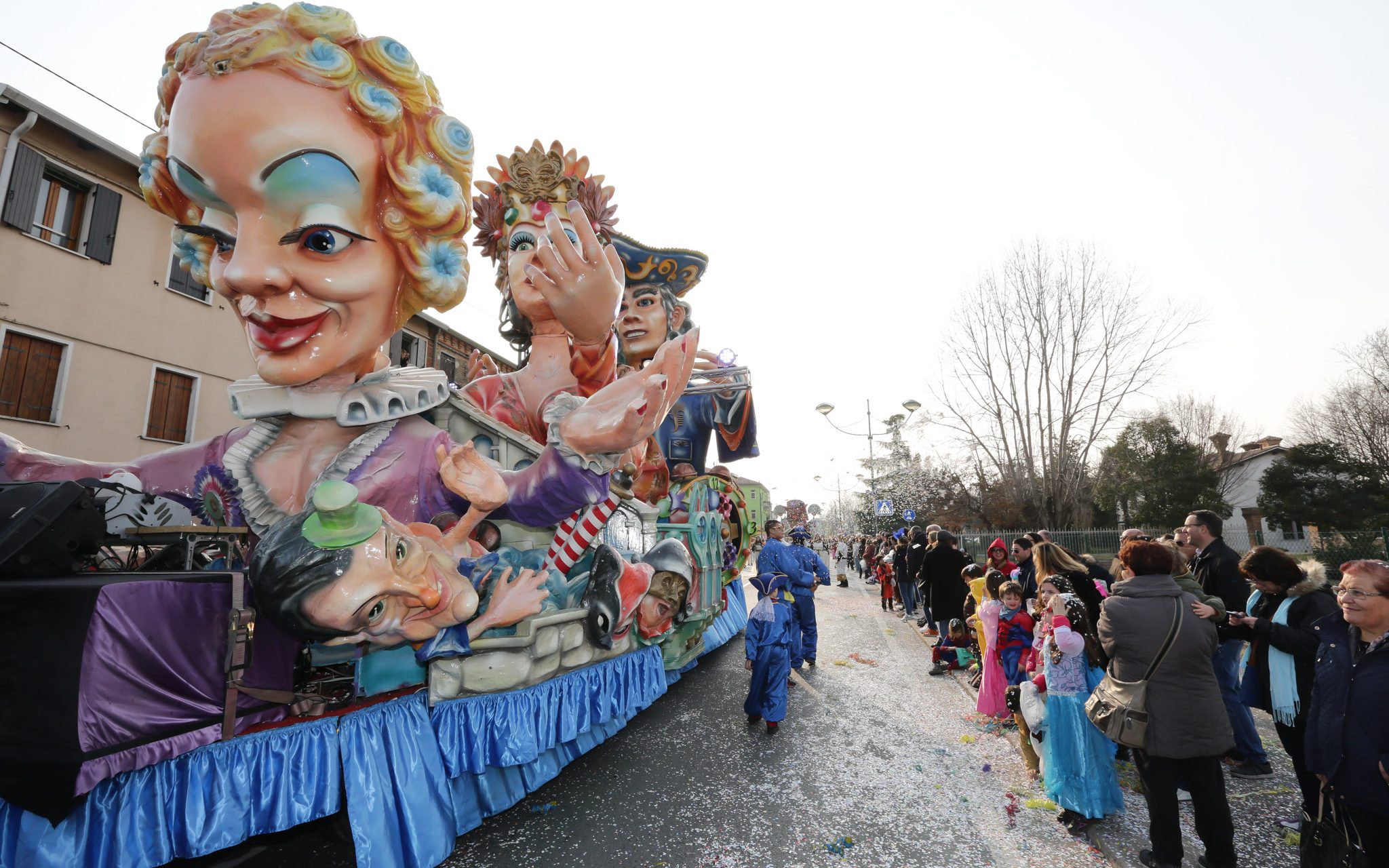 After 18 years, 2019 was the year in which the long-awaited parade of floats returned to Campalto, an event that despite the long pause period remains part of the tradition of the location. The parade of wagons will start around 15:00 from the center of Campalto, crossing Via Bagaron, and then proceed in the direction of the airport to the Church of San Benedetto passing through Via Orlanda. The parade will host over twenty attractions and scenographic settings decorated with the typical colors of the Venetian Carnival, which will entertain all spectators thanks to the accurate animated shows. As usual, the conclusion around 17:00 will be inevitable during which there will be the awarding of the most beautiful wagons. 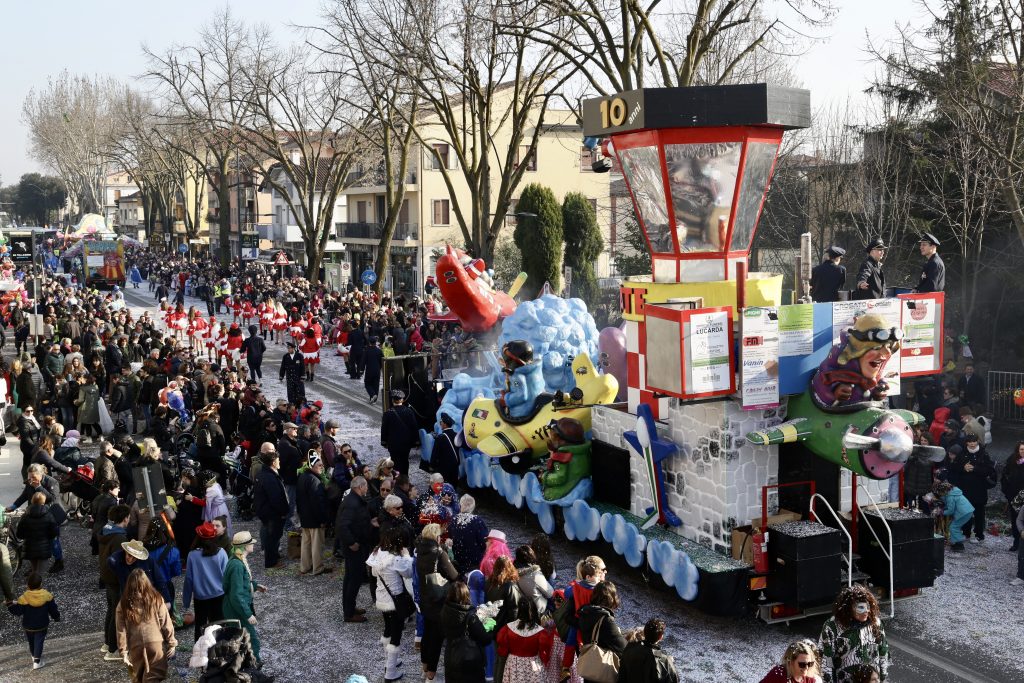 In Zelarino, a small town north-east of Mestre, on Tuesday 25 February from 2.30 pm the 53rd edition of the Zelarino Children's Carnival will be waiting for you. The parade of allegorical floats, accompanied by masked groups from the various Venetian provinces, will be concentrated in the main street of the city, during which traditional Carnival sweets such as Venetian galani and pancakes will be distributed, and the winners of the Carnival lottery will be extracted.