Land and Sea in Venetian cuisine

Although Venice is famous all over the world for its immense beauty, art, architecture and history, few people know its refined gastronomic tradition, made with few ingredients but rich in taste. The city was built entirely on water, built on hundreds of small islands within a vast lagoon separated from the sea only by thin sandy quays, and consequently most of the dishes of its culinary culture are linked to the sea. But the flavors of the sea often meet those of the land, mixing tastes and flavors that create delicious dishes to the eye and palate, appreciated by locals and visitors from around the world.

A meeting of flavors between East and West characterize gastronomic delicacies 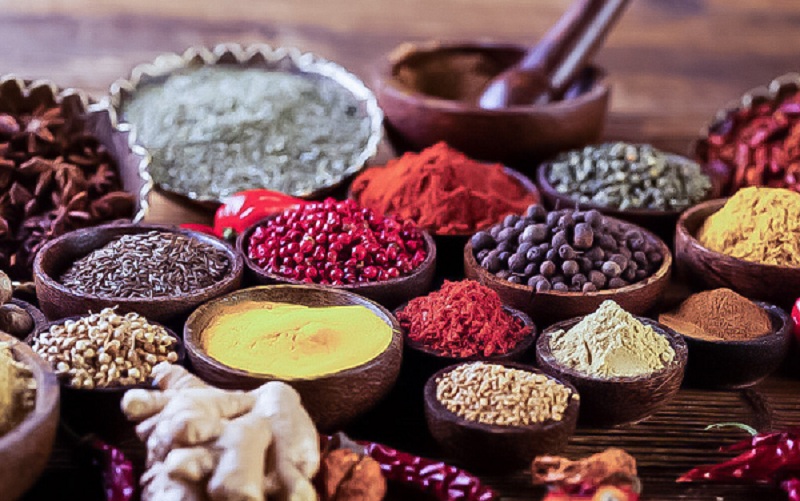 The gastronomic simplicity of Venetian cuisine, combined with refined culinary preparations, are the result of the union and fusion of different cultures and traditions that have always played a primary role in the growth and formation of the city itself. This was above all due to the use of local raw materials combined with exotic and unusual products that came from faraway places thanks to the dense network of commercial traffic that the Serenissima Republic had intertwined with the East.

Fish, the pivotal element of Venetian gastronomy at the base of many recipes, has represented the main livelihood of the inhabitants of the Lagoon since the first period of settlement, dating back to the fifth century AD. It is no coincidence that Venice, as described by the writer Tiziano Scarpa, has "the shape of a fish", in fact seen from above the city resembles a large sole lying on the bottom of the lagoon.

Given the merchant soul of the Republic and the commercial relations of the city with the most important Mediterranean and intercontinental ports, in the Venetian cuisine we find ingredients such as raisins, pistachios, walnuts, almonds, dates, all of oriental origin.

The Greek-Byzantine, Jewish, Arabic, North European, Armenian, Turkish influences are still partly evident in Venetian cuisine, starting with the important use of spices. To preserve food were used aromatic herbs and spices, the latter determined the economic wealth of the maritime city: cinnamon from Ceylon, cumin from North Africa, cardamom from India. And also cloves from the Moluccan islands, poppies, opium used in the pharmacopoeia of the many spices, ginger from the East, nutmeg and part of its shell, mace from the Moluccan islands. But the king of Venetian cuisine is pepper, in its different varieties, originating from India, widely used to season various dishes.

All ingredients that enter into the Venetian gastronomic tradition to make dishes watered with the various "malvasie", hence the famous places for the serving of the homonymous renowned wine from the island of Cyprus, a Venetian colony (from 1489 to 1571).

Venice was a master of elegance at the table, we speak of course of the aristocratic class, as evidenced by many paintings by Venetian masters from the fifteenth to the eighteenth century. The banquets of the Serenissima were set up to amaze, especially on the occasion of important diplomatic visits. Around 1000, on the occasion of the wedding between Theodora - a Byzantine princess - and the doge Domenico Selvo, a sort of ante litteram etiquette began in Venice. It was in fact on that occasion that a golden fork with two prongs appeared for the first time in the almost non-existent cutlery, which the princess used to bring food, already cut by a servant, to the mouth, when it was common custom the use of hands.

The typical dishes that have made the history of Venetian cuisine

Among the most famous recipes there are the sardines in saòr, exquisite appetizer of Venetian cuisine, a dish born from the need of Venetian sailors to preserve fish during long sea crossings. A recipe prepared in a bowl with fried sardines that are preserved thanks to a mixture made with onions cooked with vinegar to which pine nuts and raisins are added. Baccalà mantecato is a delicate and refined recipe, originally a poor dish that today has also become a gourmet dish. It is prepared with stockfish, dried cod, cooked in water and milk and skillfully mantecato, served as an appetizer and main course. Venetian style liver is a very simple and very tasty recipe with great contrasts: on one side the intense flavor of veal liver, on the other the sweetness of Chioggia onion. The other ingredients are: sage, butter, extra virgin olive oil and broth. Bigoli in sauce which are the equivalent of "pasta with sardines". A tasty dish with a simple condiment made of finely sliced onions, sardines, extra virgin olive oil and bigoli, which are large spaghetti with a porous and rough surface and a good texture that manages to retain the sauces. The result is a dish with a salty and marine taste, for rather strong palates. The risi e bisi were the dish of the Doges of the Republic of Venice, a cross between unaminestra and risotto. The main ingredient is peas, while the other protagonist of the recipe is rice in the vialone nano variety, with a round grain, fine seeds and medium size, with the characteristic of swelling a lot during cooking and absorb more of the seasoning. The linguine alla bùsara has a refined and spicy flavor: according to legend, the bùsara was the steel pot that fishermen used to use to cook fish on fishing boats, according to others the term derives from "bùsaria" or lie-crushing in reference to "scampi cheated". A dish where the sweetness of fleshy prawns and the spiciness of chili pepper blend together. The spaghetti with cuttlefish black, in addition to being tasty, make the happiness of adults and children thanks to their raven black color that colors the smile. In the Lagoon of Venice, cuttlefish black is an ingredient used since ancient times: originally it was used to season the cuttlefish themselves cut into chunks, then someone thought to use it also with spaghetti. 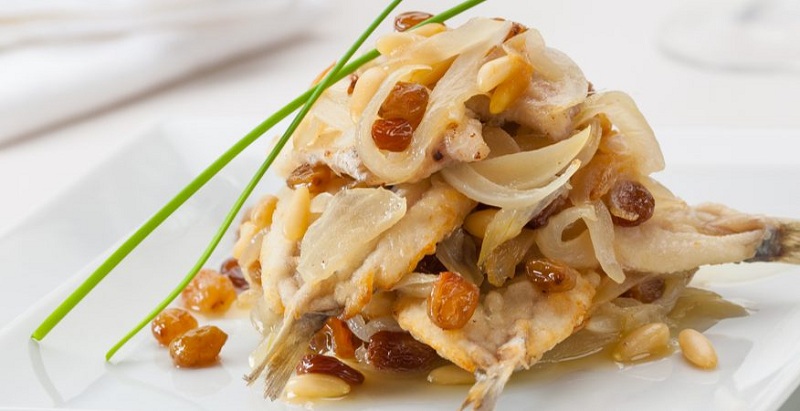 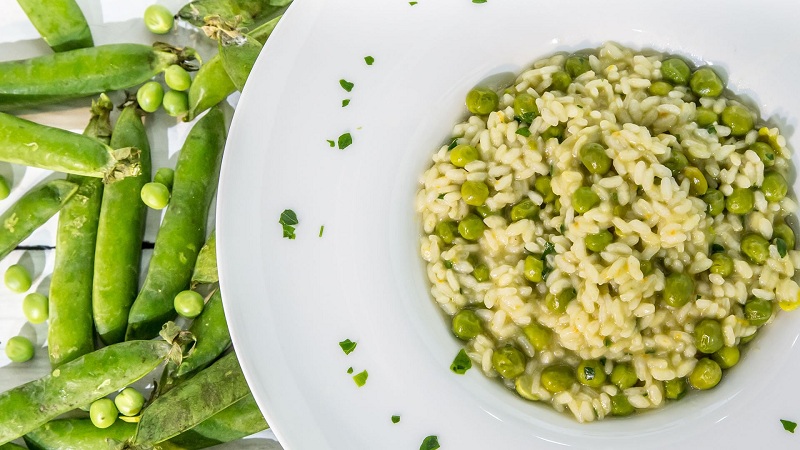 Gransapor Restaurant: taste the best Venetian gastronomic specialties in the heart of Venice

Where to delight yourself with all these dishes ? But at the Gransapor of the Biraku brothers!

The brothers Emiliano and Ermal Biraku, restaurateurs in love with the city of Venice and its thousand-year-old history, the result of contaminations of different cultures, in 2012 began their adventure in the world of Venetian cuisine by opening three typical restaurants where they reinterpret the classic Venetian gastronomy in a modern and innovative way, but remaining faithful to tradition.

In the three Gransapor Ristorante, Garden and Bistrot locations not far from St. Mark's Square, the Church of San Zaccaria and the Campo di Santa Maria Formosa, each one characterized by a unique and unmistakable charm, you will taste the best of typical Venetian cuisine with the best raw materials, interpreted with skill and curiosity by skilled chefs to satisfy the most refined palates.

In the heart of Venice, on the Fondamenta dell'Osmarin, a stone's throw from the famous Ponte del Diavolo (Devil's Bridge), Gransapor Ristorante and Gransapor Bistrot will welcome you in a hospitable and comfortable environment where you can enjoy the best of Venetian cuisine on the edge of a typical canal, where your dinner will be accompanied by the stories of gondoliers passing by on their gondolas. From Gransapor Garden in Salizada San Lio a beautiful garden will allow you to relax during a break from your walk through the Venetian calli, while a menu full of delicacies and goodness will offer you a wide choice of dishes to enjoy.

Gransapor keeps alive the tradition of Venetian gastronomy by introducing visitors to the typical recipes linked to the history of the city: among the most renowned and tasty dishes of the gastronomic tradition you will find Risi e Bisi, Spaghetti with cuttlefish ink, Baccalà mantecato, Linguine alla Bùsara, Sarde in Saòr, Bigoli in sauce and the inevitable Fegato alla Veneziana. Also available a variety of appetizers, tasty pizzas, delicious first and second courses, desserts, vegetarian and celiac dishes. 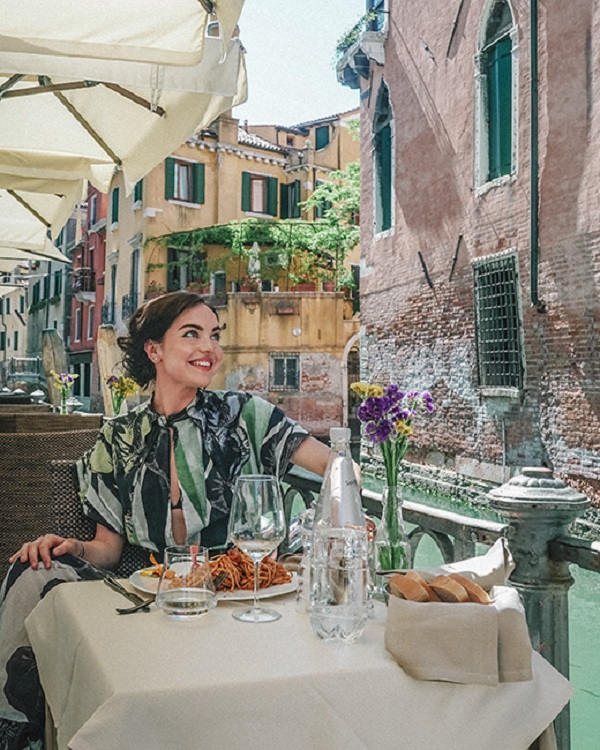 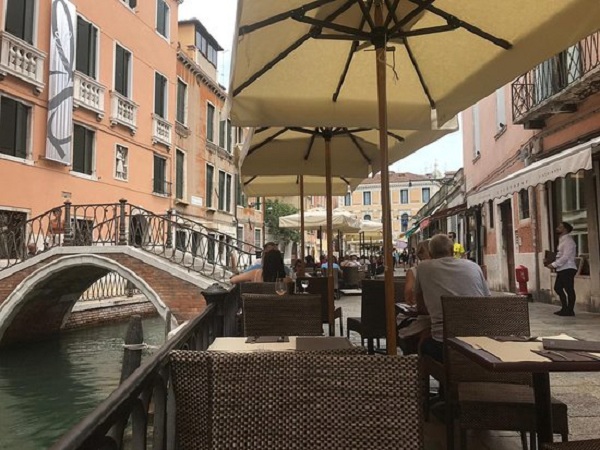 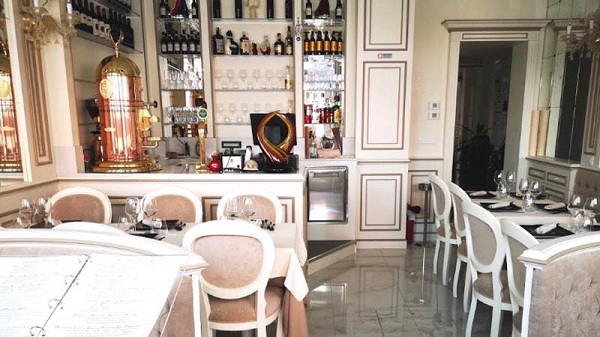