The beans of the dead, the colored sweets of November 2

The day of commemoration of the dead is approaching, and like every religious feast brings with it a culinary tradition. In Venice on November 2nd it is tradition to prepare the fava beans of the dead, small simple but very tasty sweets that, contrary to their name, have nothing to do with legumes....

Between legend and cult of the afterlife, how the tradition of the fava beans of the dead was born

The beans of the dead are small sweets prepared by kneading only 3 simple ingredients: egg white, sugar and almonds  (or pine nuts). To these must be added specific aromas give them the classic and unmistakable color: vanilla for white beans, alchermers for pink beans and cocoa for brown beans.

So nothing to do with the large, green legumes that are usually consumed during Easter outings. But then why are they called like that?

The motivations are actually different moving between ancient cults of the afterlife and romantic legends.

According to ancient traditions, already at the time of the Roman Empire in all the Mediterranean air it was thought that beans, legumes, were linked to the world beyond, symbolizing the souls of the dead. So they were very often used for propitiatory rites and scaramanic ceremonies. This custom was maintained even after the arrival of Christianity, expanding with a new ritual: the beans were left on window sills in the belief that the souls of the departed loved ones would be consumed.

Even in the times of the Serenissima the beans were closely linked to the world of the dead: in the last centuries of the Republic, in fact, when an illustrious personage was missing, on the day of his funeral in the kitchens of the convents that benefited from the generous donations of these extinct nobles, large quantities of beans were boiled and then distributed to the poorest people. They were so called beans of the dead. With the passing of the centuries this custom gradually disappeared, and the offering of the beans for the people was relegated to November 2 only, the day of the celebration of all the dead.

But when you think about it, a boiled broad bean is not a great feast for the palate and so it was decided to add them first with sugar to sweeten the flavor and then with a mixture of marzipan. Over time the real bean disappeared giving way to a pure pastry dough. Obviously much tastier! 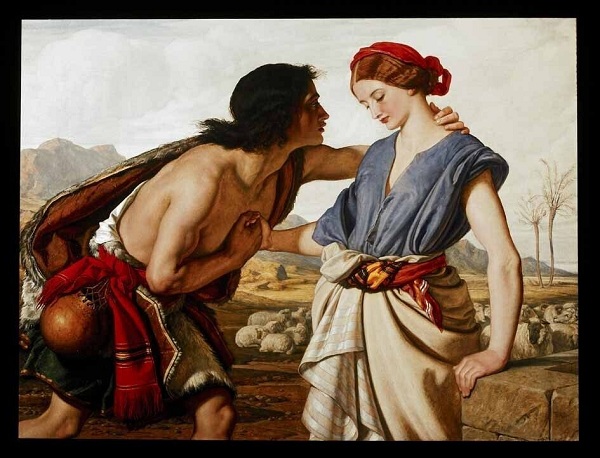 Today the beans of the dead are the gift that every boyfriend gives to his beloved on November 2nd.

But this tradition has its roots in an ancient legend that tells of the young sailor Candido, embarked for the East and forced to leave his beloved Lucia in Venice. Arrived in Thessaloniki the young man came across a large field of broad beans, a product completely unknown to him. The vision of that beautiful and shiny fruit, mistaken for a gem, struck him and as a good lover he thought of making a gift of it to his beloved who could have adorned his neck making a beautiful necklace. He collected a small handful of them and placed them in a precious inlaid wooden box. But Candido had not come to terms with the amount of time that the return trip would take. So, when he was in the presence of the young Lucia and all her family, handing her the gift was terrible to the sight and nauseating to the sense of smell.

Deeply mortified Candido quickly left the house of his young girlfriend and, determined to make up for that terrible mistake, he went to an old pastry shop and bought some fragrant and tasty sweets. That same evening he paid homage to Lucia and they lived happily ever after.

It was the evening of November 1st and what must have been gems turned out to be beans of the dead.

tion still in vogue of giving fava beans of the dead on the eve of November 2: modern Candido offering their Lucia tasty and colorful broad beans, in the name of eternal love.

We prepare the beans of the dead 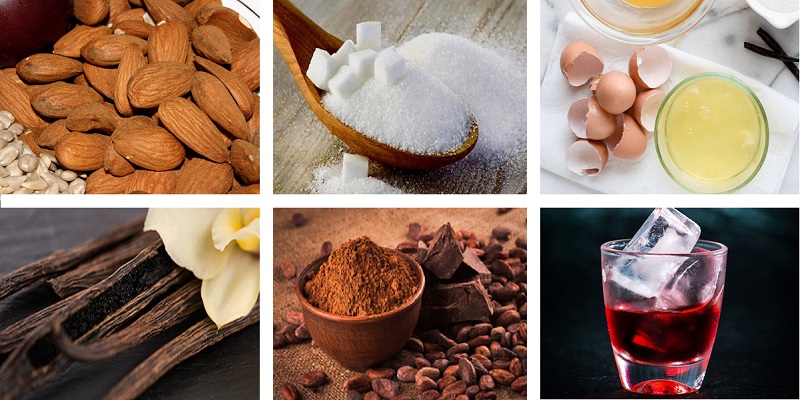 • 1 vanilla berry (or 1 teaspoon and a half of extract)

Toast the almonds or pine nuts in the oven for a few minutes. Once cooled tritale in a mixer. Add the sugar and continue chopping. Finally add the egg white and continue chopping until the sugar has completely melted. At this point take the mixture, put it on a pastry board dusted with icing sugar and knead a little with your hands. Then divide the whole mixture into 3 equal loaves of bread with the help of a scale. At this point you have to give flavor and color! In one loaf add the vanilla seeds (or a teaspoon and a half of extract), in the second one add the alchermes and finally in the last one the bitter cocoa. Work the loaves individually to mix all the ingredients well. Reheat the loaves, wrap them in the film and let them rest for 12 hours. This phase of resting is fundamental for the success of the sweets, do not skip it, I recommend it. After this time resume the dough, try to soften them with your hands on a pastry board with the help of icing sugar and form strands of about 3 centimeters in diameter. Cut into many pieces and form with these balls with the palms of your hands. Arrange all the balls obtained on a baking tray covered with baking paper and bake in a static oven at 130 degrees for about 10 minutes. Do not exaggerate with the cooking time and degrees of the oven otherwise the beans will dry and harden. It will be time to bake them as soon as their surface starts to form the classic surface cracks. Once out of the oven let them cool to room temperature and then enjoy them. But be warned, one will pull the other.... 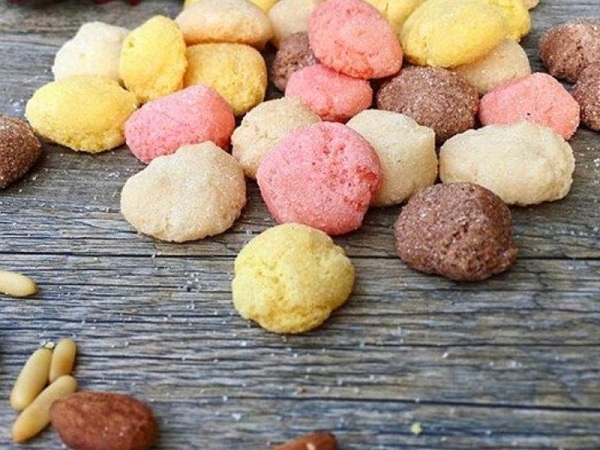