Venice is a magical city and it is no wonder that it is the setting for countless stories and novels, as well as various films. Reading a book set in Venice inevitably takes one's mind and imagination on a journey through the city's calli, its suggestive views and its bridges. Several great classics are set in Venice, as are novels by more contemporary writers. Reading these books is a way to get to know the city from different perspectives and to plan an original holiday that is anything but ordinary.

5. The café of small miracles by Nicolas Barreau

The story told by Nicolas Barreau takes place in a cold, wintry but still magical Venice. One morning in January, Eleonore decides to leave Paris and take a train to Venice, a rash decision dictated by a deep love disappointment. It is in Venice that the young woman will find her faith in love again, in a passionate journey through the city's calli, until she arrives at a small café where secrets are hidden, waiting to be revealed, and where miracles really do seem possible. The writer, with his flowing and pleasant prose, makes it possible to perfectly imagine the whole story and all the most beautiful places in the city, to the point that it will seem as if you are actually on the Rialto Bridge or in St Mark's Square.

4. Venice is a fish by Tiziano Scarpa 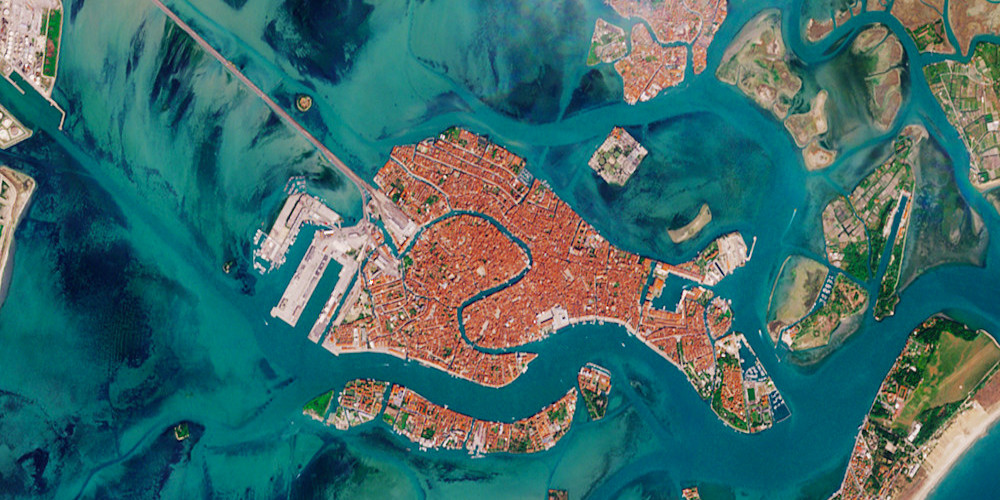 "Getting lost is the only place worth going", with this catchy phrase the author makes it clear that his book is definitely not one of the typical guides used by tourists to visit a city. "Venice is a fish" is a completely unique and unusual guide, with an itinerary dictated by chance, by wandering aimlessly. Tiziano Scarpa accompanies us through the streets of his city, showing us places that are far from the usual mass tourism, letting us see a real city through his words, revealing all the love but also the complex relationship you have with Venice as an inhabitant. This book is a real tourist guide, although an unconventional one. "The first and only itinerary I suggest has a name. It is called: At random. Subtitle: Aimless".

3. Death in Venice by Thomas Mann

"Death in Venice" is a literary classic, Thomas Mann's best-known short story. Set in a summery Venice, this story allows us to immerse our imagination in the streets of one of the most famous islands of the lagoon: the Lido of Venice. The protagonist, Gustav von Aschenbach, a fifty-year-old German nobleman and writer, travels to Venice where he stays in a suite at the Grand Hotel des Bains on the island of Lido. The book recounts the old German writer's platonic and self-destructive love for a young boy holidaying with his family in Venice; a book with a narrative power that suddenly envelops the reader when he finds himself in the places where the story unfolds.

2. The Flame by Gabriele D’Annunzio

There are several Venetian palaces in which the events narrated by Gabriele D'Annunzio in his novel "The Flame" take place. The city of Venice provides the setting for the passionate affair between Stelio Effrena and an actress, Foscarina, portraying the decadence of this love, which we find as the main theme of the work, also reflected in Venice, represented as both a city of life and a city of death. In describing the city, the poet addressed all of the most fascinating sights: from St Mark's Square to the Piazzetta, the Doge's Palace, the Giudecca canal and the island of the same name, the island of San Giorgio Maggiore, the Riva degli Schiavoni and the Giardini.

1. The merchant of Venice by William Shakespeare

In the Venice portrayed by Shakespeare in his play "The merchant of Venice", we have a detailed description of the Venetian Jewish district, one of the most picturesque areas of the city. Set in 16th century Venice, the play tells the story of Bassanio, a young Venetian gentleman, who wants the hand of Portia, a rich heiress from Belmonte. In order to court her worthily, Bassanio asks his dear friend Antonio, called the Merchant of Venice, for a loan of 3,000 ducats. Unfortunately Antonio is unable to help his friend and decides to vouch for him to Shylock, a rich Jewish usurer, by putting up his flesh at stake in order to help Bassanio.