Antonio Vivaldi: life, talent and places of the Venetian composer

Among the myriad of musicians and composers who were born and raised in Venice, Antonio Vivaldi is without a doubt the most famous and influential in history. Anyone at least once in their life has listened to the indelible harmony of The Four Seasons, the most performed concert in the world that resonates in a diaphanous, almost natural way in the streets of the Serenissima. Vivaldi was a violinist, leading exponent of Baroque music and supporter of the solo concert. His work is vast and includes concerts, sonatas and pieces of sacred music. Unfortunately, the news on the life of the famous composer is few and confused, what is certain is that he lived and was trained in Venice to which he is linked through a series of symbolic places that have become witnesses of a talent destined to make the history of music.

Life: between Venice and Vienna

Antonio Vivaldi was born in Venice in 1678, he was baptized in the church of San Giovanni in Bragora, near his presumed home. Son of the violinist Giovanni Battista, he grew up with a passion for music: his father was in fact hired as a musician at the Basilica of San Marco before becoming a violin teacher at the Mendicanti Hospital. Antonio demonstrates a great talent for the violin since he was a child, at only 12 years old he was admitted among the musicians of the Doge's Chapel under the teaching of Giovanni Legrenzi. In 1693 he began his ecclesiastical career, first attending the church of San Geminiano, then that of San Giovanni in Oleo but one constant of him never abandoned him during his training: music. During the first months of 1703 he was proclaimed a priest with the nickname of Red Priest because of the color of his hair.

In the following years, Antonio Vivaldi's fame as a violinist grew dramatically. The maestro was hired as a violin teacher at the Pio Ospedale della Pietà, the most prestigious women's hospital in Venice. Inside the facility, the orphaned children of the city are assisted: while the boys learned a trade before leaving the hospital at the age of fifteen, the girls received a musical education and then aspired to become choir teachers. According to numerous testimonies of famous figures of the time, the skill of the orchestral girls of the hospital knew no precedent: "The exceptional music is that of the hospitals where the" putte "sing like angels and play the violin, the organ, the oboe, cello, bassoon; in short, there is no tool that scares them. " this is how the philosopher Charles de Brosses expressed himself in admiring the talent of Vivaldi's students. In this period that goes from the beginning of the 1700s to the 720s, Vivaldi wrote most of his works and published the first collections. Later he devoted himself to a series of opera works, the most popular entertainment show in those years.

In 1718, Vivaldi moved to Mantua to become choirmaster of Prince Philip of Hesse-Darmstadt. He stayed at the Mantuan court for three years before moving back to Rome, invited by Pope Benedict XIII to play for him in the Vatican. In these years he produces and writes new works including various cantatas and serenades. In 1725 he returned to Venice, where the master composed his best known and most recognizable opera and also the most performed in the world: The Four Seasons. One of the first examples of descriptive composition in which Vivaldi intends to describe and tell the beauties of nature and the passing of the seasons. The work consists of four concerts, each of which dedicated to a season, Spring, Summer, Autumn, Winter, followed by notes of surreal beauty and accompanied by four sonnets written by an anonymous poet who many believe to be Vivaldi himself. In the following years he received a large number of commissions from noble families from all over Europe. Invited by Charles VI, in 1740 Vivaldi moved to Vienna with the intention of making the final change to his career by occupying an official position at the Austrian court. Unfortunately, shortly after the composer's arrival at court, Charles VI died and the event was followed by the bloody War of the Austrian Succession which resulted in the closure of all Viennese theaters. The tragic events are a coup de grace for Vivaldi who has been fighting for some time with bronchial asthma that takes his breath away from birth. He died poor, alone and unfortunate in Vienna in 1741 due to an intestinal infection. For many years no one will remember Antonio Vivaldi before a series of music-loving biographers and virtuous composers (in particular Alfredo Casella) rediscovered his greatness as a man and musician who is still celebrated today in Venice and around the world.

Church of San Giovanni in Bragora 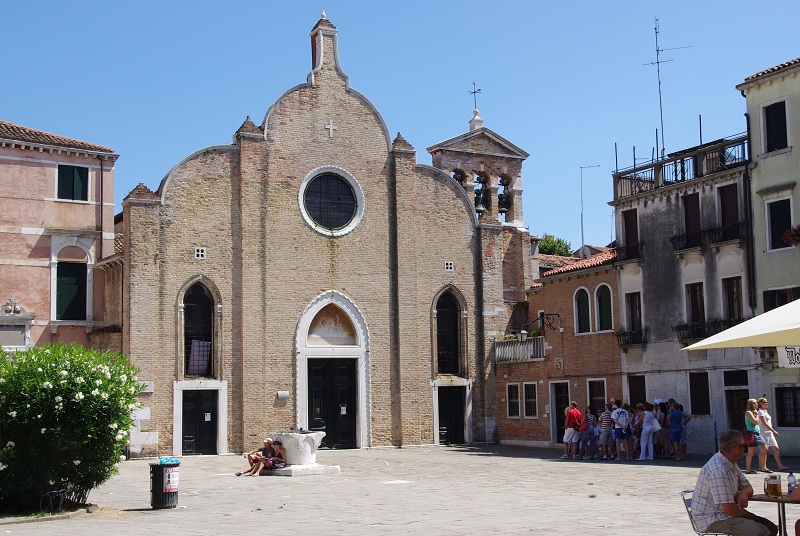 A plaque placed inside the Church of San Giovanni in Bragora attests that Antonio Vivaldi was baptized in that place in the distant 1678. Built in the first half of the 19th century, the church of San Giovanni in Bragora is located in the Castello district. The church building is dedicated to St. John the Baptist; about the origin of the name "Bragora" there are numerous theories: the first wants the word to derive from the Greek "agora" or square, a second theory attributes the name to the union of the word "brago" (mud) and "gora" ( channel). The building has been rebuilt several times and has undergone a large number of renovations to take on the appearance we know today, based on a late Gothic model. Beyond the brick facade, the interior of the church has a basilica plan with three naves. The walls are adorned with works of art, only for which it is worth visiting the church: canvases by Palma the Younger such as "Christ in front of Caifa", "Laundress of the feet", the famous "The baptism of Christ" by Cima from Conegliano which embellishes the presbyter with its unmistakable beauty, “Madonna and Child” by Alvise Vivarini. The building is next to a bell tower, originally built in the ninth century, which was also rebuilt several times. The last structure dates back to 1826 and has a sail structure.

The Music Museum and the Vivaldi Collection

A collection of instruments exhibited inside the Church of San Maurizio, in the San Marco district, is dedicated to Antonio Vivaldi. Venice has always been close to music, and since the Middle Ages it was rumored that at least one musical instrument was present in the home of every Venetian. The Church of San Maurizio is, in fact, the seat of the Music Museum. The Museum aims to tell the story of the Italian eighteenth century, a shining era for lutherie, or the art of designing and building stringed instruments such as violins, violas, double basses and many others. The production on display covers a chronological span of 300 years ranging from the 18th century to the second half of the 20th century and represents the largest, most renowned and preserved collection dedicated to violin making and to the masters who have made a sector of Italian craftsmanship great always remembered and celebrated as much as it deserves. The Music Museum is a must for all lovers of string instruments and history buffs. In 2019, the Museum gave rise to a project in collaboration with the Italian Antonio Vivaldi Institute. The long-running initiative provides for the entry into the museum of the works that the institute has been carrying out since its foundation in 1947, these are conservation and conservation works of all the music of Antonio Vivaldi, in the form of manuscripts and vintage prints. The institute offers scholars a large collection of monographic essays, audio and video documentation dedicated to the Venetian composer and is committed to keeping Vivaldi's excellent artistic legacy alive. 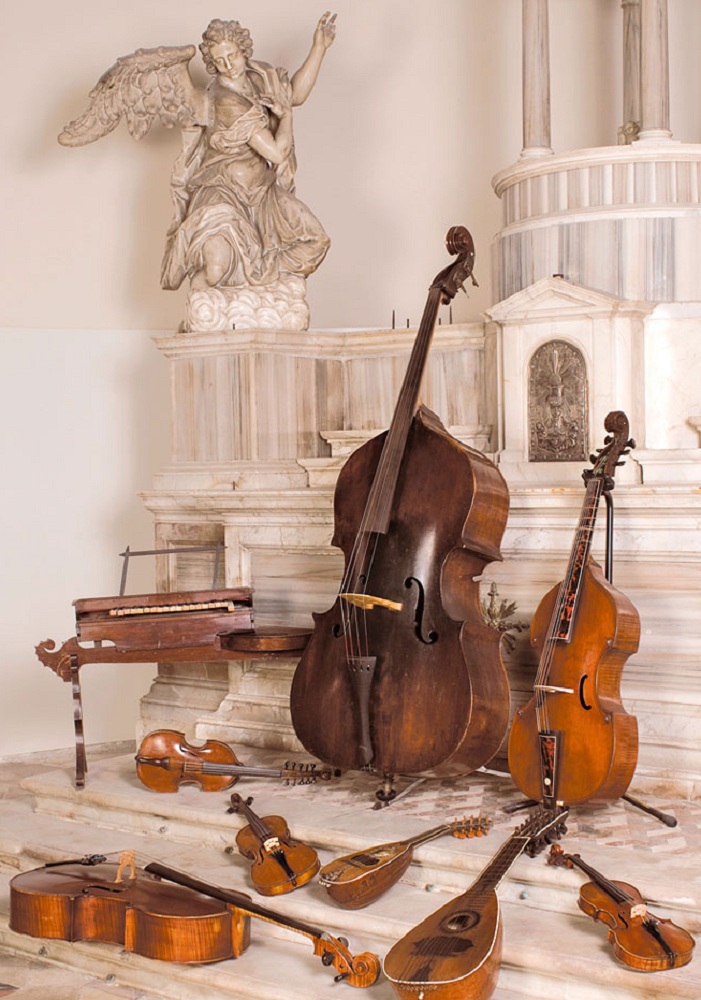 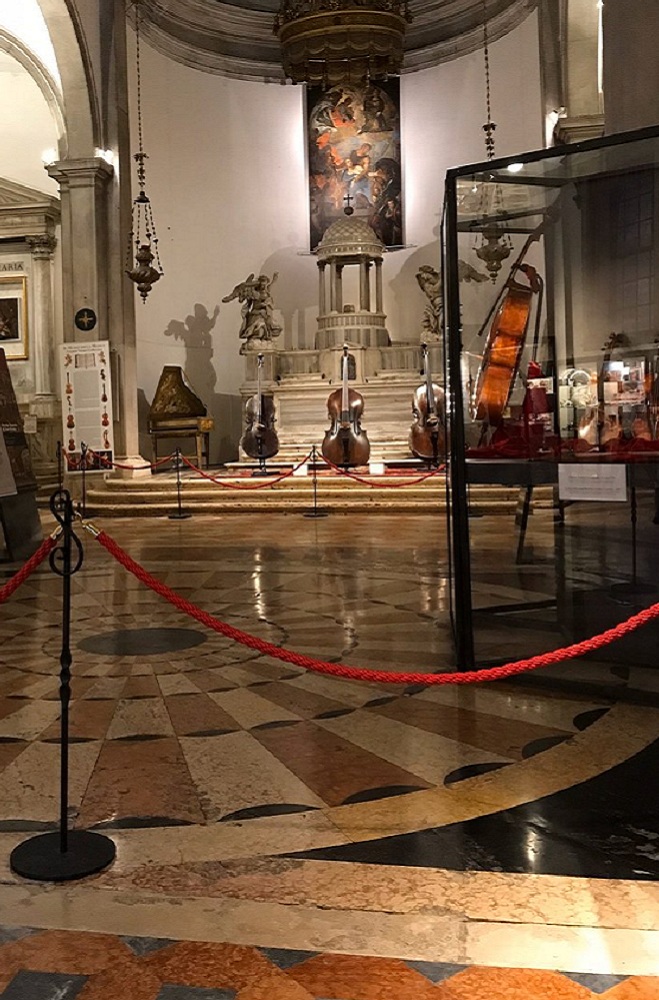