History of fashion in Venice: from the Palazzo Mocenigo costume museum to today

Venice, the most sophisticated fashion and glamour capital 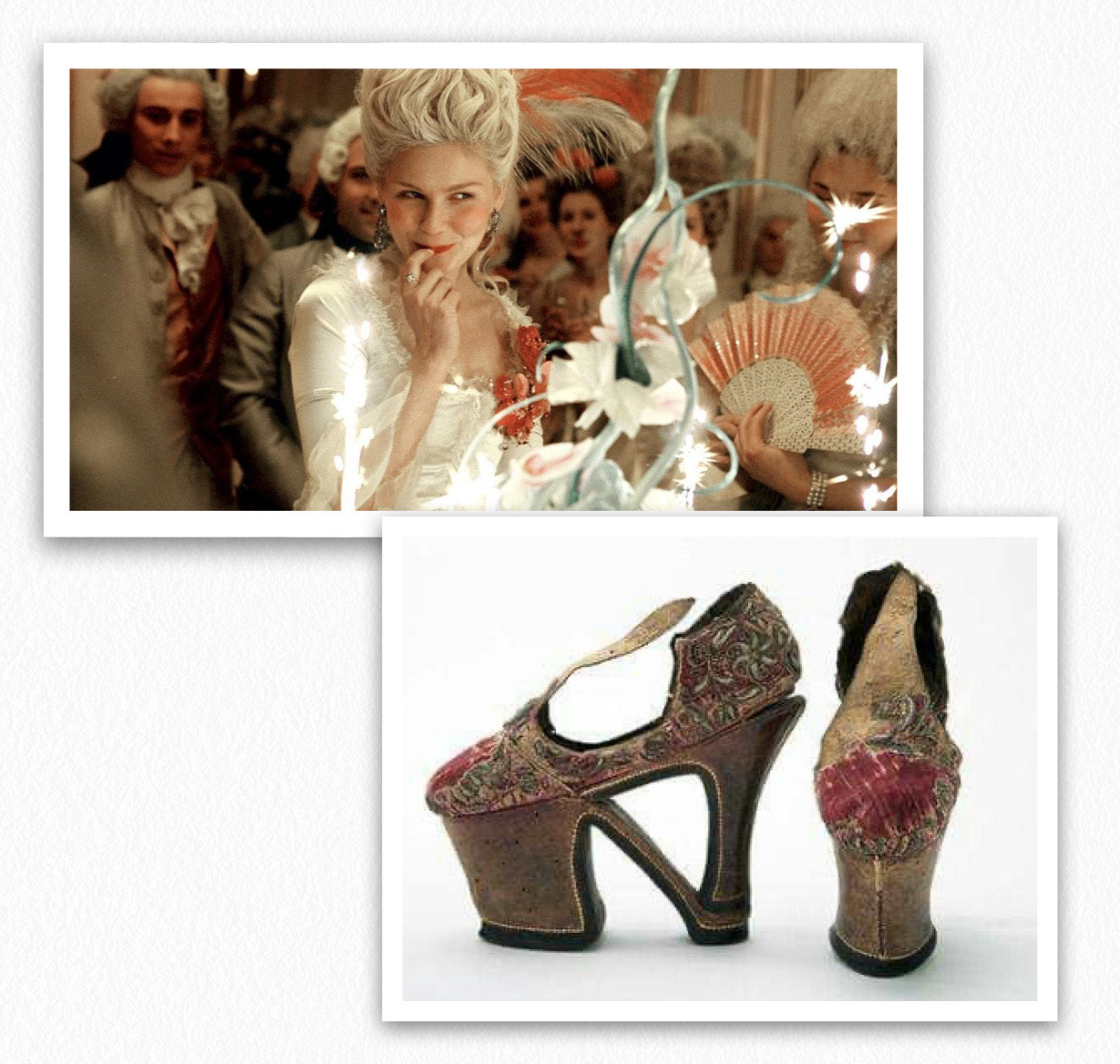 The Serenissima. A city that bore this name could only be the realm of glamor, savoir vivre, fun and lightness. A rich and influential kingdom that showed its power even through custom: Venice has always been fashionable, and over the course of its glorious years it was she who dictated the rules of costume, of elegance. Thus fashion also represented the visual manifestation of a historical period and its economic aspect, becoming one of the cornerstones of the Republic's economy. In the Venice of the Serenissima, women were the most elegant aristocrats, the most libertine, wearing completely different costumes from the rest of Italy and Europe. While in the other states, in the other kingdoms, the female figures were mortified in high-necked dresses and subjected to harsh rules on clothing, in Venice the necklines were discovered, even very large ones. The sumptuous dresses were always accompanied by shoes with heels, called calcagnini or ciopine, which gave impetus to the figure, and hairstyles that defied the law of gravity for their daring height. Everything was completed by rich and opulent jewels, a white make-up that bleached the face and colored the lips with purple red. The fan was inevitable, an indispensable accessory for communication without the word, above all a weapon of seduction that allowed to hide the eyes or part of the face to hide smiles or disappointment.

But why did Venice become the undisputed queen of fashion? The answer lies in the economy of the powerful Republic: the maritime trade with the East allowed the kingdom of the Doge to discover never-before-seen fabrics and brocades, precious fabrics and soft velvets, which were then traded in the rest of Europe, also tempting the richer courts, like the French one.

And then the Serenissima had a great wealth at home: Burano lace. A precious weaving whose secrets were well kept, today as then, by the lacemakers of the small island of the Lagoon: all the women of Europe required the precious lace to adorn their garments.

Thus, the economic traffic intertwined beautifully with Venetian craftsmanship, combining the preciousness of oriental fabrics with exceptional manual work, which has come down to the present day in the form of extraordinary costumes that leave you breathless, that make us dream.

In Venice a fashion was born that was not subject to standardized dictates, but followed an emotional momentum more alive than ever.

The Costume Museum of Palazzo Mocenigo, where the magic of Venice's glamour is preserved 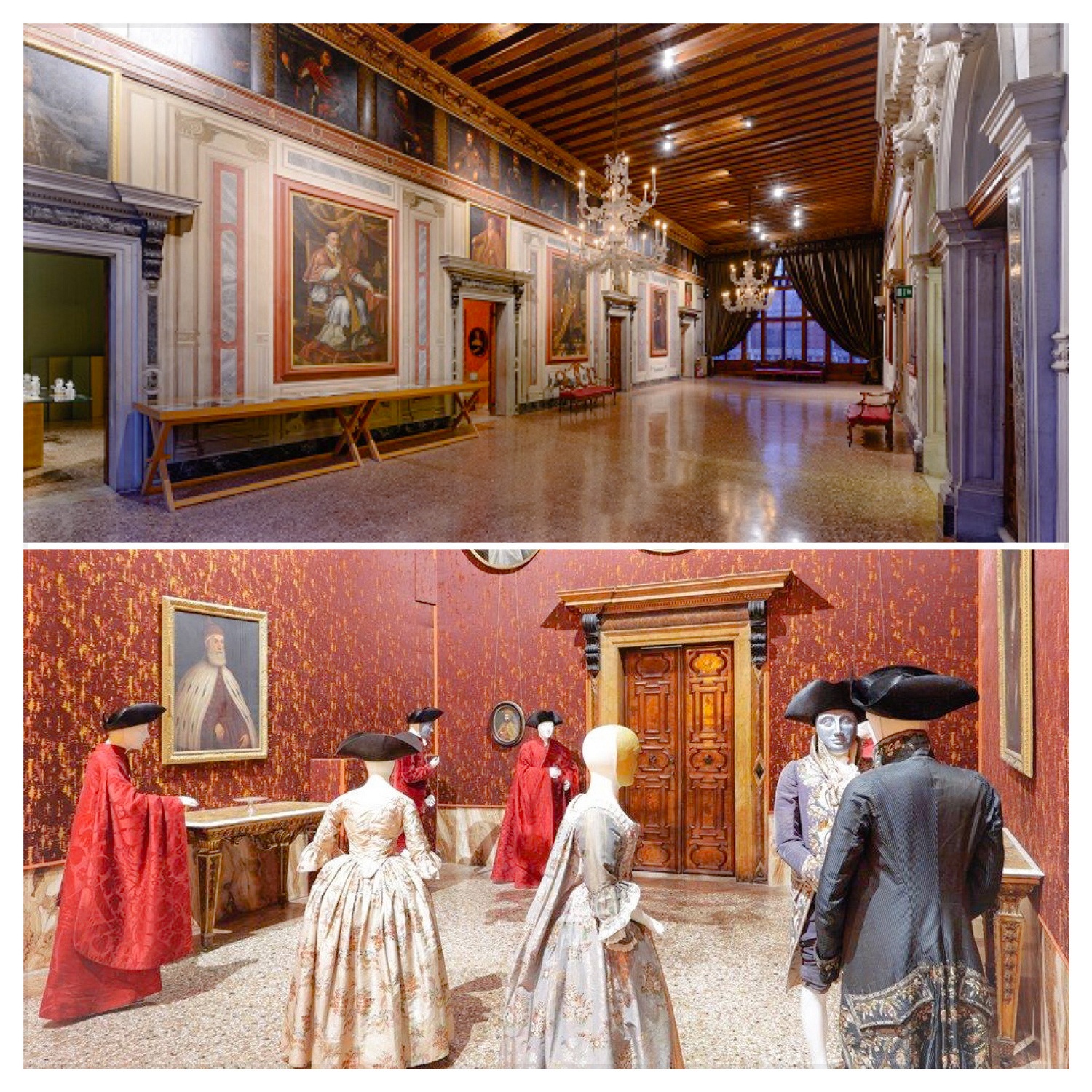 The magic of these extraordinary costumes is now kept in Palazzo Mocenigo, home to the Museum of the History of Textile, Costume and Perfume Studies Center.

Born as one of the many patrician residences that enrich the city, wanted by the homonymous noble Venetian family, among the richest and most illustrious of the past of the Serenissima, which in its personal history has seven doges and several exponents of politics and clergy.

Devoid of overlooking the Grand Canal, characterized by an imposing structure simple and without frills of clear Renaissance reference, in which only the two serlianes of the two noble floors stand out, the palace belonged to the Mocenigos for a very long period, up to half in 1900 when Alvise Nicolò, the last member of the family, decided that on his death the palace bequeathed to the Municipality. Thus it happened in 1945 and forty years later the Municipality used it as the seat of the Museum of the History of Textile, Costume and Perfume Studies Center, preserving the original structure of a family home that allows one to relive the elegant and luxurious atmospheres of the rich patricians of the Serenissima. The museum then underwent a major renovation in 2013 which doubled the exhibition spaces.

In the twenty rooms where the museum itinerary unfolds, we are given the opportunity to learn about the fashion that contributed to the birth of the myth of the Serenissima, through the exhibition of masterfully worked costumes and fabrics: an important documentation of the evolution of textile history and clothing that has no equal.

Noteworthy are the numbers of this particular exhibition: 13000 figures wearing clothes and accessories dating from the eighteenth to the twentieth century, constituting a unique iconographic collection; 1300 pieces of antique fabrics enriched with embroidery and lace, evidence of the valuable work of the artisans of the time, but also modern fabrics of the first of the last century and oriental garments; 172 sacred vestments from the fifteenth to the eighteenth century, not only Venetian but also Tuscan, French, with even elements from Flanders and Asia Minor; 1000 pieces including tapestries and lace.

The Costume Museum of Palazzo Mocenigo also boasts a library collection that reconstructs the history of fashion and costume through printed media: about 13,000 pieces including publications, monographs, modern books, fashion magazines from the eighteenth century to the present, engravings and drawings that for minutia of details reach a high artistic level, photographs of fashion shows

The renewal of 2013 by Pier Luigi Pizzi, doubled the exhibition spaces giving the possibility of introducing a relevant section dedicated to cosmetics, in particular to perfume, essential elements for the noblewomen of the Serenissima as we said before: get ready to immerse yourself in the history of origins of cosmetics in eighteenth-century Venice, with those that have evolved thanks to the presence of multimedia tools that allow you to experience sensory experiences, such as the olfactory map will make you retrace the ancient "spice routes", thanks to which the Venetians from the East they spread the precious merchandise throughout Europe. These fragrant and precious blends deserved just as precious bottles as to spread the art of perfumed packaging, and the Museum offers an interesting collection of glass bottles that contained the scents of the East, becoming themselves a symbol of luxury and opulence. The exhibition ends with the olfactory stations and the chance to experience the olfactory families from which all the scents of the Serenissima come to life.

A journey through beauty and craftsmanship through the walls and everyday life of a patrician residence: fascinating and evocative.

Glamor and high fashion today: the contemporary clothing of Slash 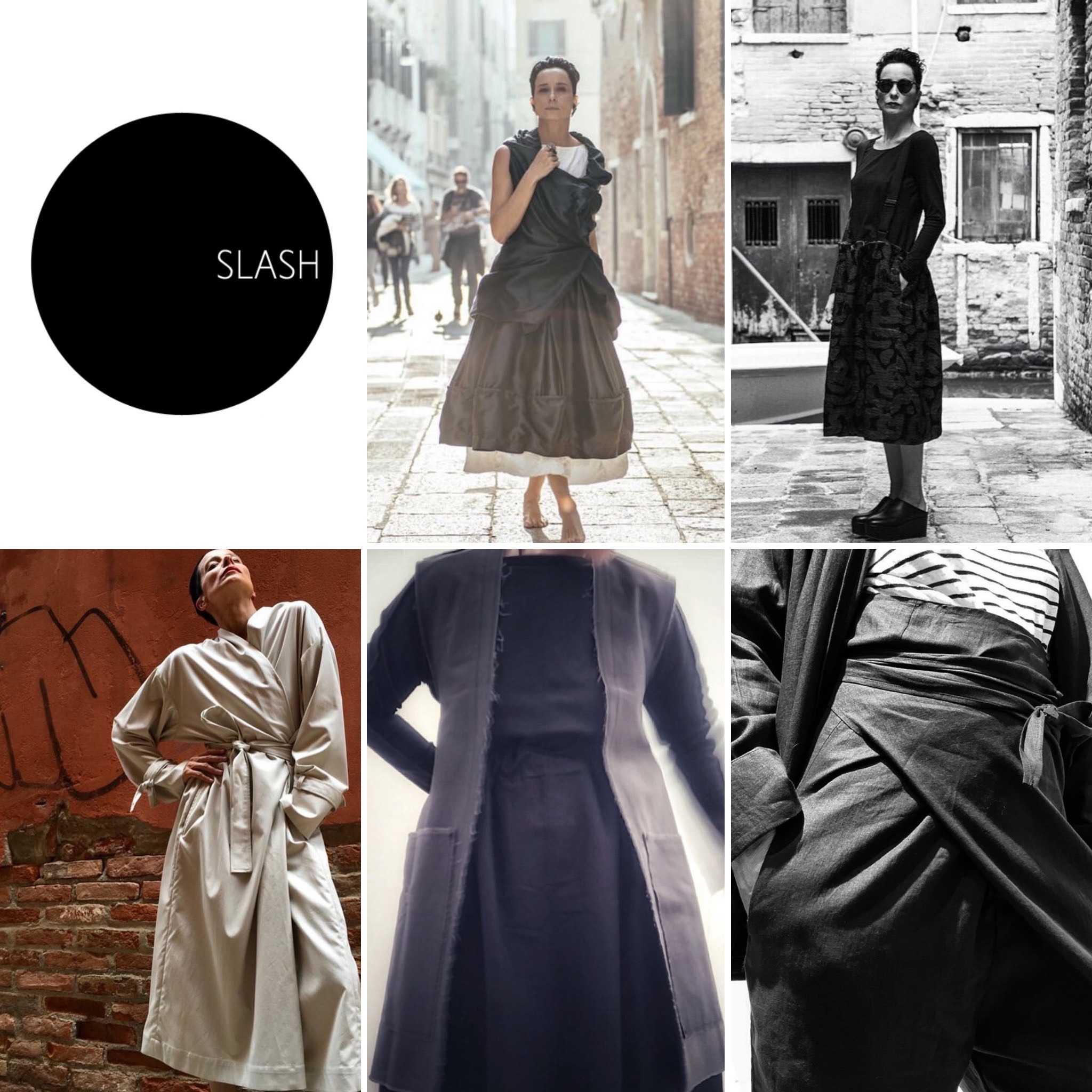 This journey into the fashion of the golden days of the Serenissima teaches us that there is no fashion or trend without the personality of a woman: it is the combination of the precious fabrics of the East and the character of every single female soul that creates the magic of a style that has gone around the world. Women are not all the same, they don't want the same things and each of them creates her own style.

And it is to this very sensitive aspect of fashion to which Slash is dedicated, a contemporary clothing store a stone's throw from the Prada Foundation and precisely from Palazzo Mocenigno. But you can find a second one also in the splendid Treviso. diversity of women and the importance of non-homologation is in principle fundamental on which the owners of this very interesting creative space base their choices. Every woman has a personal history and this makes it a story in itself, rich in nuances and details: the intent of Slash is to detect the details of the personality of each woman and creating the perfect union with fashion transform them into beauty absolute. Slash's fashion is unique and unusual, the store was designed to spread the art of innovative designers and create a reality that diverges with all its strength from common standards. Unique garments of great sartorial wisdom that know how to enhance, that stand out and make the difference: at Slash they know how to play the keys to make a woman vibrate in all her beauty.

In the stores of Venice and Treviso Slash offers the opportunity to meet niche companies such as Davines, D-two LAB, the visionary creations signed Noir by Kei Ninomiya, the lines of the Japanese company Comme des Garçons, the fabrics and focus on the structures of the brand English Toogood, the Korean brand Neul, and the Italian designers Alessandra Micolucci and the young D'Alpaos, both with undisputed talent.

Gentlemen in Venice, fashion has taken shape and even today the city sets the rules for the most sophisticated glamor.

the two Slash stores are located at: