The Roses's House: from Antonio Canova the Prince Fritz Hohenlohe 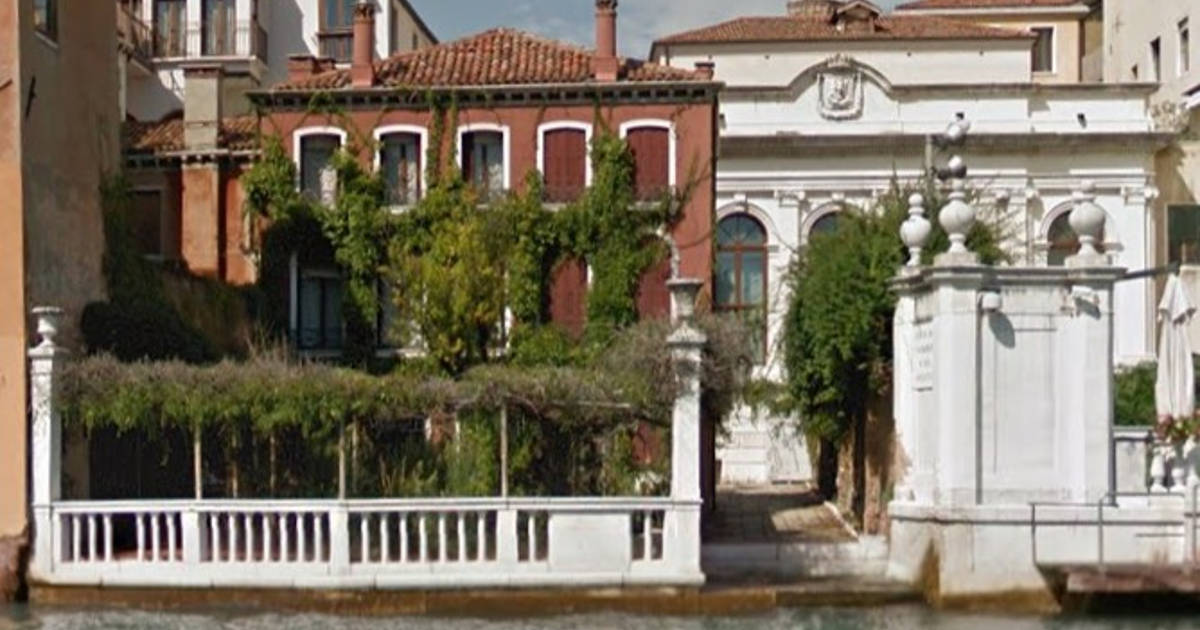 Along the Grand Canal, next to Palazzo Corner, in front of Palazzo Venier dei Leoni, there is a small treasure of Venetian history and culture that not many people know: it is the so-called Red House also known as Roses's House. As mentioned by Gino Damerini, the history of the small building began in the late 19th century, when the Austrian prince Fritz Hohenloe bought a small piece of land occupied only by a hut and a garden. According to some historiographical sources, the small hovel purchased by the nobleman had been for a short period the study of the very young Antonio Canova. In fact, the famous sculptor from Possagno would have made some of his first sculptures, including the famous Daedalus and Icarus of 1779, now preserved in the Correr Museum. The prince entrusted the construction of the future Roses's House to the architect Domenico Rupolo, Superintendent of the Regional Office for the Conservation of Monuments in the Veneto region since 1892. It was around in those years, according to the most accredited historiographic sources, that Rupolo began the construction of the The building, however, differs greatly from its most famous creations such as Villa Romanelli and Villa Terapia, characterized by a neo-medieval and neo-Romanesque eclecticism. It is very likely that the architect followed the client's tastes in his project, given the typically Austrian imprint of the house. Even the presence of the small garden overlooking the Grand Canal turns out to be an anomaly compared to the Venetian tradition. The Roses's House had a ground floor and a first floor for the noble owners and a second floor to house the servants. The ground floor consisted of two tiny passageways and two sitting rooms overlooking the garden and a dining room. Only a few brief changes were added to the structure in the following decades by the future owners of the small villa. The prince of Hohenloe, one of the main exponents of the European aristocracy of the Belle époque, cultured and erudite antiquarian, transformed the ancient shack into a refined and precious jewel, rich in works of art selected by himself: a living room animated by the greatest personalities of the culture of those magical times. Prince Fritz Hohenloe lived in the Roses's House with his wife until the outbreak of the Great War. Forced to leave Italy, he decided to rent his home and immediately found a guest of all exception, that is, the great scholar Gabriele d'Annunzio, who had recently arrived in the city to organize his active intervention in the great conflict. In a famous letter written to his lawyer the famous poet expressed himself in this regard: "I have been looking for some time for a silent refuge where I can put my notes in order [...] As Mariano let me know Fritz was willing to rent the house red, today [...] I went to review that place of friendship, not without sadness. Parva Domus magna quies."

In September 1915 D'Annunzio began his stay at the Roses's House taking advantage of a facilitated rental contract thanks to the brokerage of the painter Mariano Fortuny. There he also found the prince's domestic staff, and all the eighteenth-century furnishings that the poet loved madly and that he had already had the opportunity to appreciate years ago in his Venetian stays. In fact, in a notebook from 1896, he described his future alcove: "Prince Hohenloe's house. Delicious. It is in San Maurizio with a small front garden, it is small, almost a doll house. All red outside. Inside delicately decorated in the style of Louis XVI and Empire (Italian)."

The Roses's House became his headquarters, where he planned his war undertakings, where he devoted himself, at night, to the Literature, where he surrounded himself, when he could, with friends, artists and writers. In 1916 D'Annunzio, due to a plane crash occurred during a war mission in Trieste, remained immobile and temporarily blind. Stuck in the darkness of his room in the Roses's House, the author composed the funeral Notturno, writing in pencil more than ten thousand strips of paper lovingly translated and typed by his daughter Renata. Here is a passage from the work where the author describes its singular genesis: "I have a sliding pencil between my fingers. The thumb and middle finger of the right hand, resting on the edges of the list, slide it as the word is written [...]. In all my attitude I feel the rigidity of an Egyptian scribe carved in basalt. The room is muted with every light. I write in the dark."

It was the war. D'Annunzio recovered and continued to fight, but the Roses's House also entered the crosshairs of the enemy fire, risking several times to be bombed. At the end of the great conflict, the poet sadly and forever left his Venetian home. Before leaving, he planted a pomegranate in the garden as an eternal testimony to his human adventure on the Grand Canal.

The last season of the Roses's House: from Schapira Levi Broglio to the auction houses

After the D'Annunzio adventure, the Roses's House was purchased by the industrialist Levi Broglio. But it was the daughter of the great tycoon Evelina Schapira Levi Broglio who inaugurated the third and final season of the House. Evelina has been the undisputed matrix of Milanese and international high society for many decades and great patron and lover of art and fashion: among her friendships, in fact, we can count characters of the caliber of Gianni Versace and Karl Lagerfeld. Thanks to her, the Roses's House living room was revived as in the days of its predecessors, with worldly parties and high-end receptions. Unfortunately, at his death in 2007, the slow decline of the glorious Venetian villa began. Between 2010 and 2014, in fact, in two different auctions, as many as 15 thousand pieces of Brogli's precious wardrobe, ceramics, bronzes, Murano glass, eighteenth-century furniture and a rare edition of the Notturno woodcut by De Carolis , a Portrait of a young woman by Fra Galgario, a Madonna by Sassoferrato and numerous Neapolitan eighteenth-century masterpieces. And last but not least, the bed where D'Annunzio rested his tired limbs. A haemorrhage of works of art that would certainly have made his illustrious owners pale. Currently the fate of the noble Roses's House is still uncertain, even if the risk of its transformation into a bed and breakfast seems to be averted. The property, in fact, is currently restricted and is placed under the protection of the Vittoriale degli Italiani Foundation.