The Church of San Zaccaria: a pearl of the Venetian Renaissance

The history of the Church of San Zaccaria 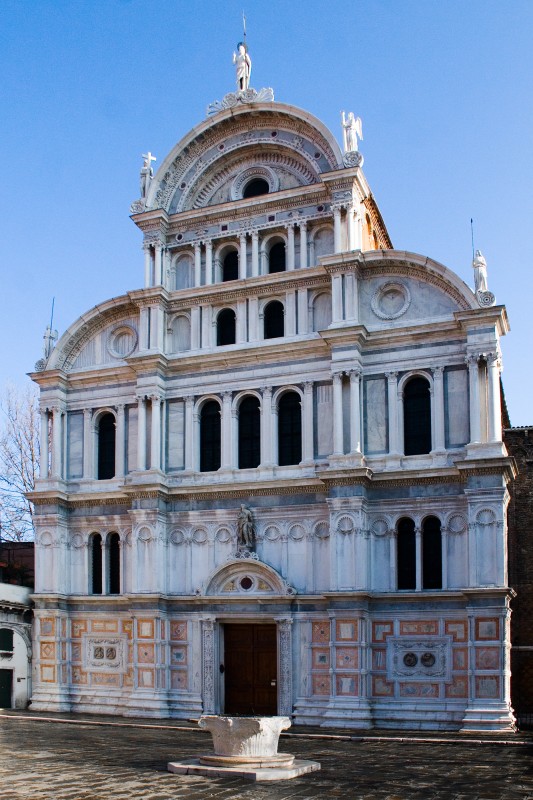 The Church of San Zaccaria is located in the Castello district and is certainly among the not-to-be-missed monuments of Venice. Its history began in the 9th century with the construction of the first building to house the sacred remains of St. Zaccaria, father of St. John the Baptist, donated to Venice by the Byzantine Emperor Leo V the Armenian. To the first structure was added a convent of Benedictine nuns built with the approval of the Doges Angelo and Giustiniano Partecipazio. Unfortunately, however, in 1105 a devastating fire destroyed both the church and the monastery: a tragic event in which it seems that a hundred unfortunate nuns also lost their lives and which led, shortly afterwards, to the construction of a new building. But the history of the sanctuary is also linked to the most important protagonists of the political and religious events of the Middle Ages. Two anecdotes, above all, are worth remembering: the first concerns Pope Benedict III who in the year 855 took refuge with the Benedictines of San Zaccaria to escape the violence of the antipope Anastasio. A gesture of charity that the pontiff rewarded by giving tto the nuns a considerable amount of relics. The second one concerns the custom of the doge to make an official visit to the nuns on Easter day as a sign of thanksgiving for having given them the land where the ducal chapel was built. On that solemn occasion the doge presented the abbess with the magnificent and magnificent ducal horn, the symbol of his power.
The most recent history of San Zaccaria, on the other hand, began in 1458, with the Renaissance restyling designed by the architect Mauro Codussi, who gave the church its very characteristic appearance, almost like a "pearl casket".

The Church of San Zaccaria between art and architecture 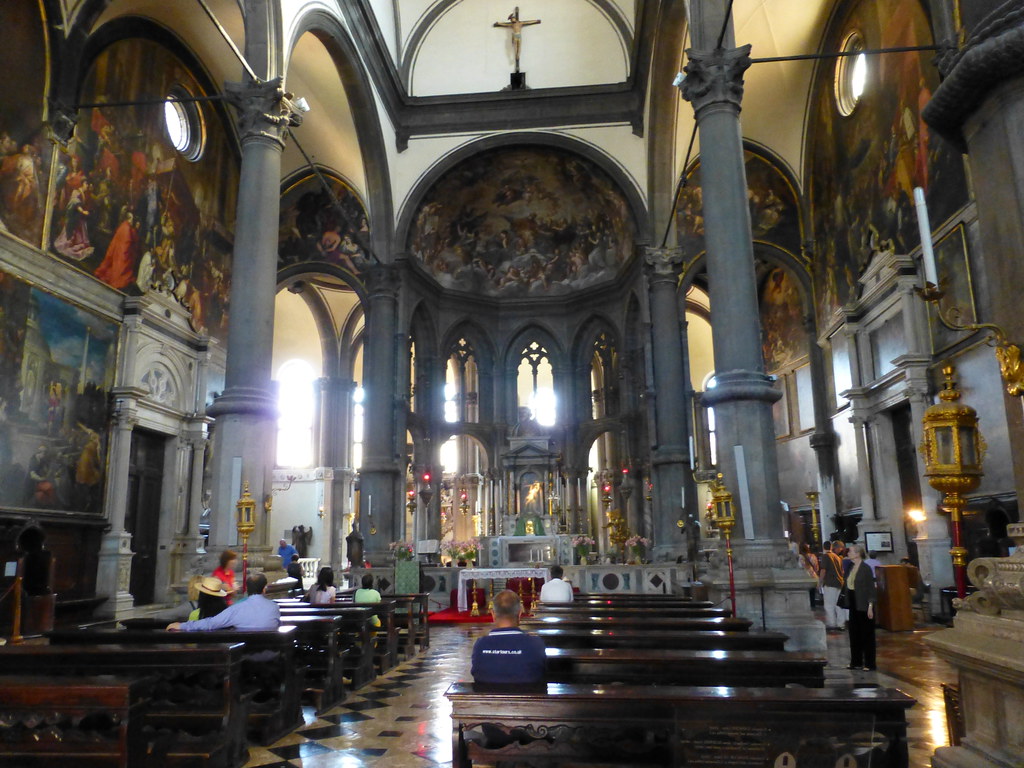 Beyond its important and prestigious history, the Church of San Zaccaria is also a monument capable of arousing emotions and satisfaction of an aesthetic nature. Its business card is certainly the facade: characterized by the candid white of the stone, it is tripartite by a series of twin columns, and "perforated" by high and slender windows that give momentum and rhythm to a rather full surface. A quarter of arches close the lateral bands, and a round arch as a frontispiece, richly decorated with sculptures and bas-reliefs, on the top of which the Saint's sculpture triumphs. The basement, on the other hand, is enriched with polychrome marbles that draw a regular and geometric pattern, perfect support for the momentum of the remaining part of the facade. The rear part is characterized by the presence of the high dome, one of the most emblematic signs of the Venetian skyline.

The interior has the space divided into 3 naves, as announced from the outside: the grey stone of columns and arches stands out against the white surfaces, while the back walls are wrapped in magnificent frescoes that captivate the eye.

But what are the main works of art that await you in your adventure in San Zaccaria?

First of all the eponymous altarpiece made in 1505 by Giovanni Bellini, one of the most important Venetian artists. The altarpiece of San Zaccaria, in fact, is one of the most important works of the History of Modern Art, celebrated in all the manuals of the discipline, a bridge between Piero della Francesca, Giorgione and Titian. To keep Giovanni Bellini company, another important author of the early Renaissance, Andrea del Castagno, author of the cycle of frescoes executed between 1442 and 1444 for the chapel of San Tarasio, the apse of the ancient church. From here it will be possible to access the crypt built between the tenth and eleventh centuries, a strenuous bastion of the ancient events of San Zaccaria.

Walking, then, between one burial of a doge and another, you will come across the tomb of the famous sculptor Alessandro Vittoria: a monument to himself, since it was the artist who executed it with his own hands before he died. Also of great interest is the chapel of Sant'Atanasio, an ancient nuns' choir, with the splendid Madonna and Child with Saints, created by Palma il Vecchio in 1512. And for Baroque lovers there are the lunettes made at the end of the 17th century by a series of artists, including Antonio Zanchi, Andrea Celesti and Giovanni Antonio Fumiani to name but a few. This is where your visit ends: with the mythical tale of the events of San Zaccaria, seen through the eyes and colours of Giambattista Tiepolo's forerunners.

The Church of San Zaccaria is located in Campo San Zaccaria, in the Sestiere di Castello and respects the following visiting hours: