Venezia: where the streets have strange names

The names of calli, campi and campielli tell the history of the city

Venice is truly unique in so many ways.  Among them there is certainly the way they are called neighbourhoods, streets and squares: it is these curious and singular names that tell the history of the city.

First of all, the lagoon capital is divided into six sestieri, that is, districts, within which we find calli, campi, campielli and many other names that sound bizarre to the ears of every stranger. Yeah, but why? The answer is that all the terms of Venetian toponymy are written in dialect. It's really evocative, don't you think?

No wonder if when you are walking around Venice you can't see any road signs. In the city, in fact, the names of calli and campi are written in the famous nizioleti, a dialect term meaning small sheets: you only have to look up to see them, maybe under a window, inside a rectangle is painted the name of the street or place.

In Venice, therefore, you will not find streets, but calli, strictly female: there are many, some with romantic names like Calle Amor dei Amici. There are only two are the vie: Via Garibaldi in the Sestiere di Castello and Via XXII Marzo, the luxury shopping street just behind Piazza San Marco.

If you travel high and low in Venice you will certainly come across a ruga: from the French rue for some, derived from the Latin, has the meaning of furrow, and it is a street more linear than a calle with houses and shops on both sides.

But walking routes can also be called fondamenta when a calle is located along a stream like Fondamenta dei Tolentini near Piazzale Roma, or a riva if the calle opens onto wider waters like the Bacino di San Marco and its elegant Riva degli Schiavoni, or the Grand Canal with the Riva del Vin in Rialto area.

But that's not all. In Venice there is also a strada (street), the Strada Nova, a very important pedestrian artery that connects the station Saint Lucia to Rialto. And in the same area you will surely hear about Lista di Spagna: the term list derives from the custom, in the times of the Serenissima Republic of Venice, to mark the residences of foreign ambassadors with lines in Istrian stone. In this way, it was delimited the section where the ambassadors could enjoy special immunities.

But Venice is a city on water, so even the waterways are passable! There are only two canals, the Grand Canal and the Giudecca Canal. All the others are called rii, and each of them has its own name!

Only one square, but many campi and campielli 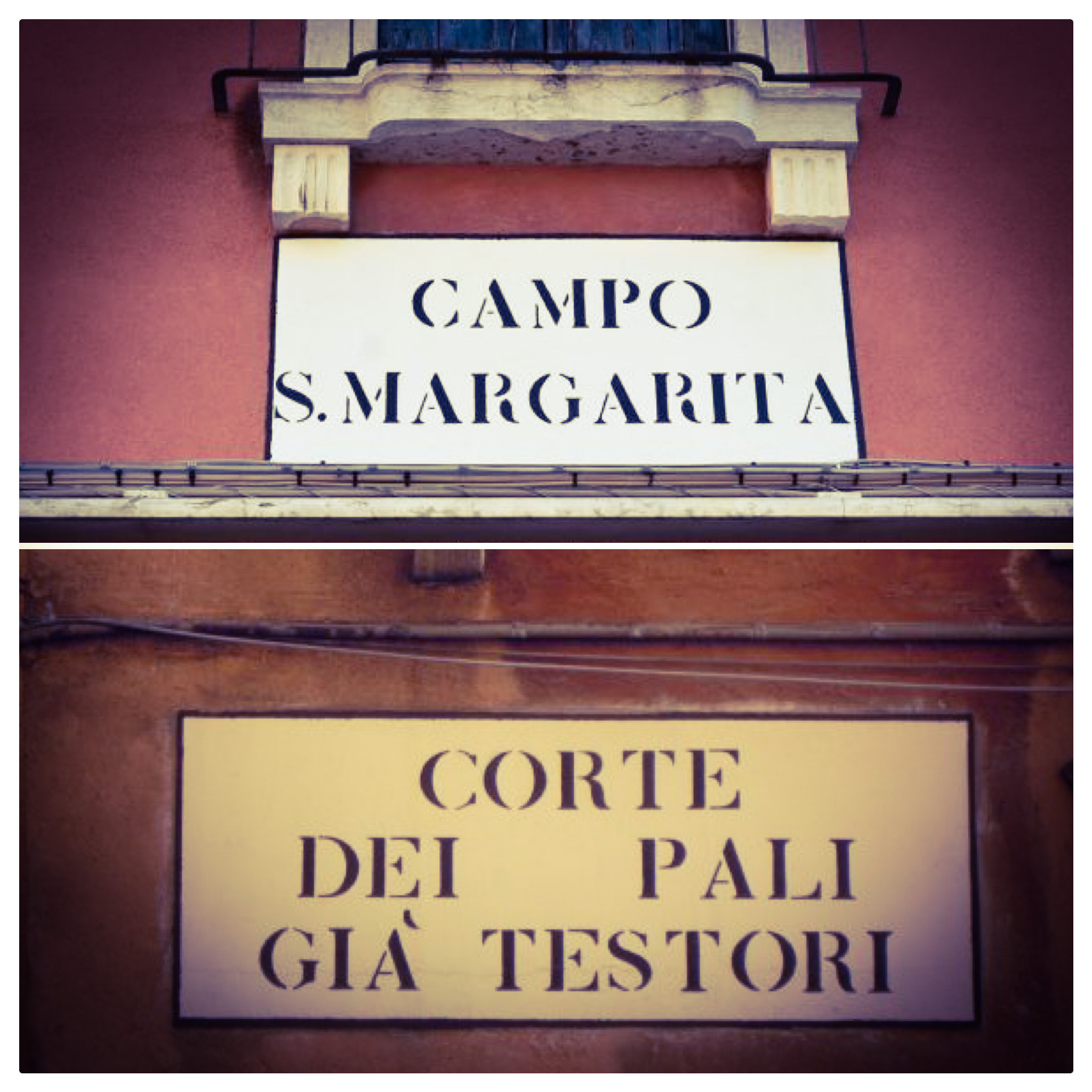 A campo in Venice is a square, remembering their past grassy or cultivated fields always linked a parish. Among the most famous there are Campo Saint Stefano, just after the Accademia bridge towards Saint Marco, Campo Saint Polo, the largest in town, Campo Saint Barnaba, the one where was shot a famous scene of the movie "Indiana Jones"!

In Venice, however, a square actually exists and it is the most famous place in the city: Saint Mark's Square. Next to it there are also two small squares. One on the left side of the Basilica called piazzetta dei Leoncini because of the statues of the two lions that seem ready to defend this space slightly out of the square, on the bottom of which we find the patriarchal palace, seat of the diocesan curia and residence of the Patriarch; the other small square corresponds to the area that has the Libreria Sansoviniana on one side and Palazzo Ducale on the other.

You will not see other piazzette in Venice , but you will often find similar places called campiello that is a small campo: they are many and some of them are as beautiful as difficult to find. Usually in a campiello the houses overlook this small courtyard, creating microcosms made of voices, cloths laid out and the smell of food. In the Rialto area, for exampl, you can look for Campiello del Remer, perhaps the most famous in the city.

Finally, to connect calli and campi you will often come across the characteristic sotoporteghi, passages carved into the body of a building from which, for its creation, the entire ground floor has been eliminated.

Are you ready to get lost for the city to discover calli, campi and campielli?

Wandering around the city you will have noticed that, with a few exceptions such as Via Garibaldi, Campo Manin and Campo Nazario Sauro, the cult of secular personality is completely absent in all Venetian toponymy: there are no streets or bridges, which also have their names, dedicated to famous people or doges, musicians or artists. These places are dedicated to popular habits, to professions that took place in those areas, to products consumed and sold in a certain area of the city, but also to crime stories, such as the famous Riva de Biasio (here). Only the fields bear the names of the saints. This is why the place names tell the history of the city!

"In Venice work is tight, religion is wide!"