Today we will see ten other films shot and set in Venice: did you miss the first part? Click here to discover the ten most famous films (and not only) that have chosen Venice to record the entire cinematographic work or, in some cases, some noteworthy scenes. A story of vampires which, unlike the cinematographic works relating to the historical character of Dracula, gives greater figurative charm thanks to the lagoon setting. The film made its debut at midnight on 9 September 1988 during the Venice Film Festival and, in some English-speaking markets, was released under the titles "Prince of the Night" and "Nosferatu in Venice". The film was completely shot in Venice and among the main locations we find the Church of Santa Maria Valverde, the Island of San Michele and Lazzaretto Vecchio, Piazza San Marco and Palazzo Barbaro. A dramatic thriller that bases the narration of his stories on the psychological pain caused by a loss and its effects on a couple relationship. Among the main locations used in Venice included the exterior of the Hotel Gabrielli, the interior of the Bauer Grunwald and the Church of San Nicolò dei Mendicoli.

The story of a rebellious girl, her approach to drugs and weapons and her life as an outcast who, thanks to the intervention of the French secret forces, will be transformed into a professional in the service of the government. Nikita chose Venice to shoot some scenes in certain locations, such as Palazzo Merati and Berlendis in Cannaregio, the San Lazzaro ai Mendicanti Church, Ponte Consafelzi, Ponte del Paradiso and Ponte dei Preti. After the cinematographic work, two television series were made, in 1997 and 2010. Film adaptation of Ian McEwan's 1981 novel of the same name, The Comfort of Strangers, was screened out of competition at the 43rd Cannes Film Festival and tells the story of an English couple on vacation in Venice to decide the future of their relationship. The film was entirely recorded in the Veneto capital. 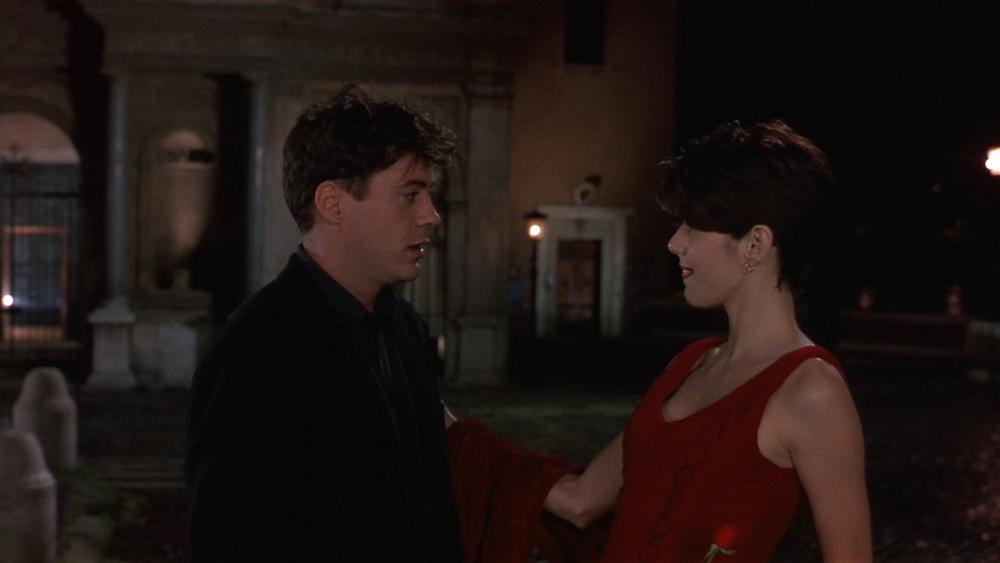 The search for love to which the protagonist is destined, which will leave everything behind to head towards Italy with the aim of finding him. The film was shot in various Italian locations, such as Rome, Positano, the surroundings of Siena and Venice itself. Among the main locations of the Serenissima we find the inevitable Hotel Danieli in Riva degli Schiavoni and the surrounding area. 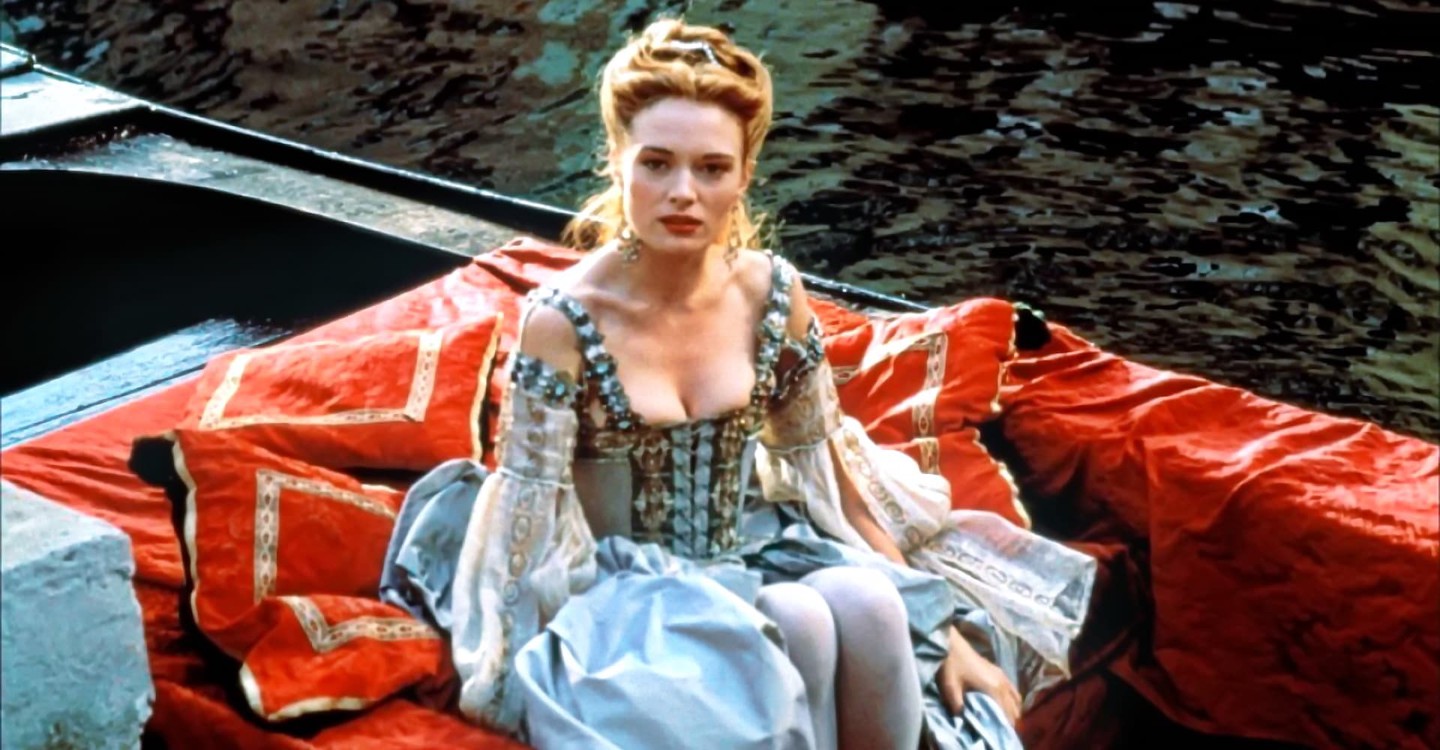 A story about the life and adventures of the honest courtesan Veronica Franco and the love for a man belonging to a higher social class. The cinematic work is based on a true story and, despite being set in Venice, it's certain that almost all the scenes were shot in Cinecittà and in some villas outside the city of Rome, except (probably) some short sequences, like the one finale that sees Veronica in a gondola in the basin of San Marco or her own house, located in Campiello del Remer. 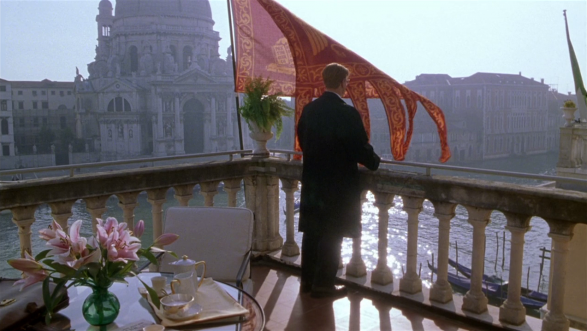 Set in the late 1950s, The Talented Mr. Ripley tells the story of a gifted young musician and singer who travels from New York to Italy to convince the son of a nobleman, who hired him as a pianist for a party, to return to the United States. The film is full of Italian locations, including the Sorrento Peninsula, Marina di Camerota, Procida, Ischia, Naples, Monte Argentario, Galleria Principe di Napoli, Teatro San Carlo in Naples, Livorno, the Martorana Church in Palermo and Venice. Among the Venetian locations we find the very famous Cafe Florian in Piazza San Marco, the Ca' Sagredo in Campo Santa Sofia, Ca' da Mosto in the Cannaregio and the Hotel Westin Europa & Regina near Piazza San Marco. Remake of Peter Collinson's 1969 film, The Italian Job chooses Venice as the prologue of the film, before moving to Los Angeles. The production of the film had to ask for special authorization from the lagoon authorities to be able to shoot the chase sequence along the canals, due to the excessive speed of the boats. Among the main locations we find Piazza San Marco, Campo San Barnaba, the Ponte dell'Accademia, the Grand Canal, the Ponte della Libertà and the Basilica of the Madonna della Salute. 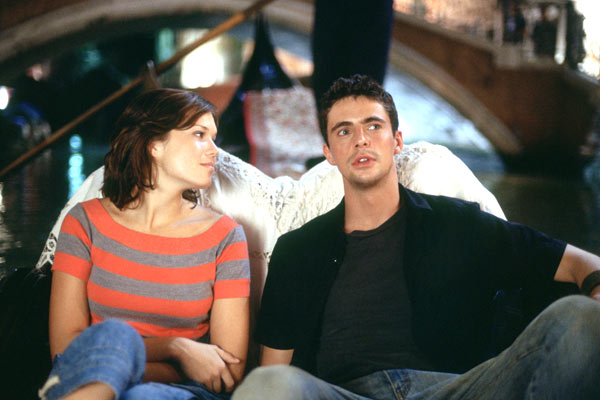 The story of a girl tired of the constant checks by the bodyguards of her father, the President of the United States of America, who decides to escape from Prague to Berlin. At the station she meets a young boy and the distraction of both of them will lead them to reach Venice instead of Berlin, boarding the wrong train. The film follows a simple tourist itinerary in the city of Venice, based on a ride in the city center and in a gondola. 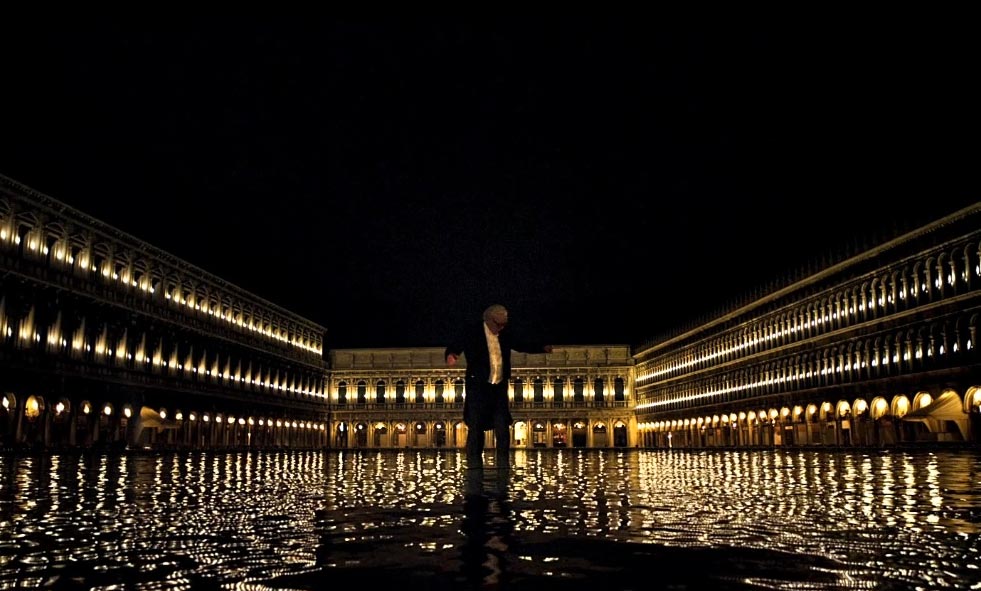 Youth, a work as symbolic as it's real, chooses Venice to represent some scenes of the film, such as the imaginary Piazza San Marco invaded by high water and the touching scene before the final scene, where the protagonist is in Venice for to give a flower to an old friend and to visit a loved one hospitalized in a clinic that presumably overlooks the Grand Canal.