After "The Golden Age" Fabrizio Plessi illuminates Christmas in St. Mark's Square with a digital tree. Until 6th January 2021 it will be possible to enjoy this large installation located in the small square, between the columns of San Marco and San Todaro: an unusual and modern tree that with its golden light will try to illuminate the darkness of this time we live in. 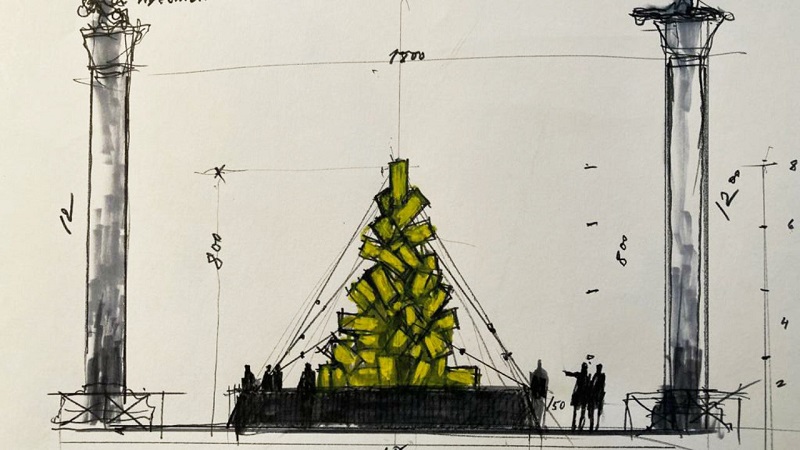 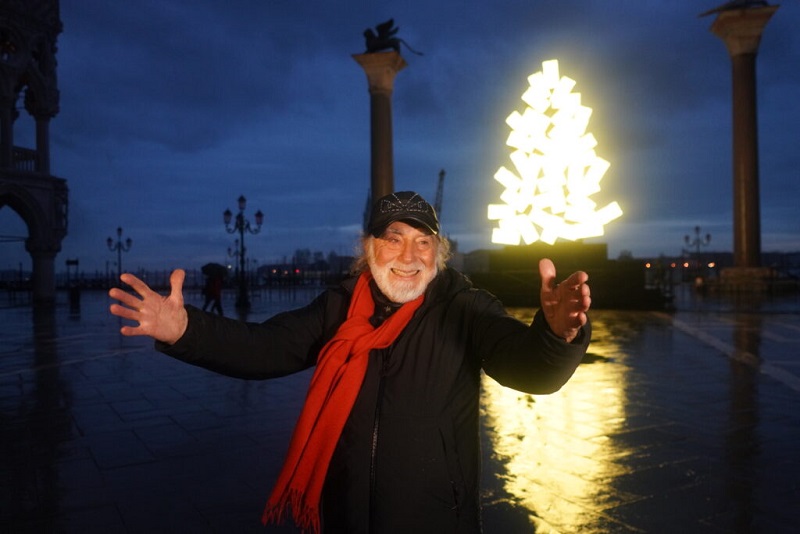 Fabrizio Plessi's digital tree will warm the Christmas atmosphere of the parlor in Venice. It will be composed of over 80 modules of golden led light, 1 meter and 50 centimeters each, moving, placed in different directions and framed in frames.

A modern work that relies on technology to be a "homage to light", but also something more in these dark times. The tree is in fact a true "message of rebirth", to use the words pronounced by the artist himself, who also does not forget to reaffirm once again his love for Venice.

Fabrizio Plessi designed his digital tree as an enormous golden mosaic, recalling the predominant colour of St. Mark's Basilica which is just a few metres from where his work stands. However, the peculiarity lies in the fact that it is not a static sculpture, as a traditional model, because each piece that gives shape to the tree is designed to live a life of its own.

A real beacon of light whose fluxes of light propagate in different directions with the intention of creating an interweaving "of contaminations as a metaphor, on the one hand, of the dynamics of interpersonal relations and, on the other, to enhance the historical memory of this city, a place of encounter and exchange between different cultures par excellence".

The tree itself is not therefore presented as a Christmas decoration, but rather as a symbol that unites earth, water and sky, thus giving a deeper meaning to the work, contextualised in the Christmas period.

The use of digital technology in a context like this, says Plessi, "becomes a spiritual emotion that is expressed in the only possible language today, allowing us to reach others even in physical distance. An evocative sculpture that demonstrates how, once again, it will be the light of art to show the way to overcome these dark times together". 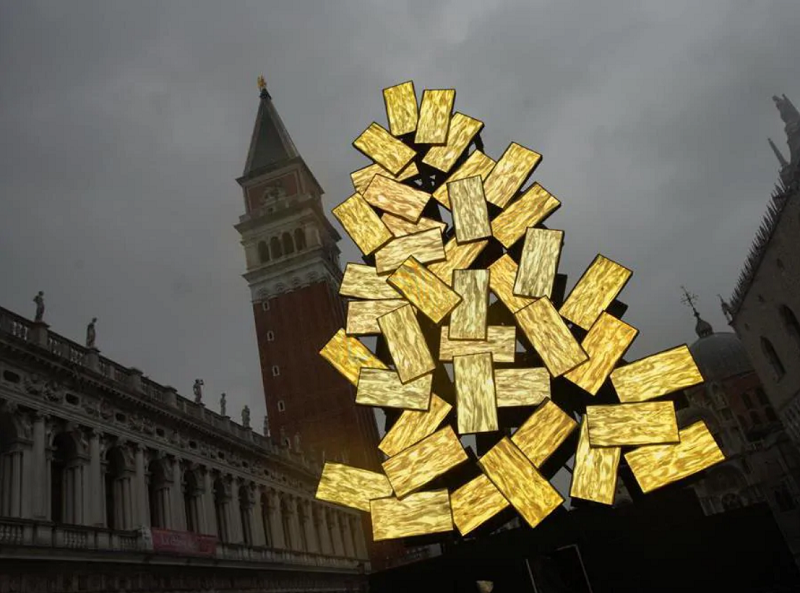 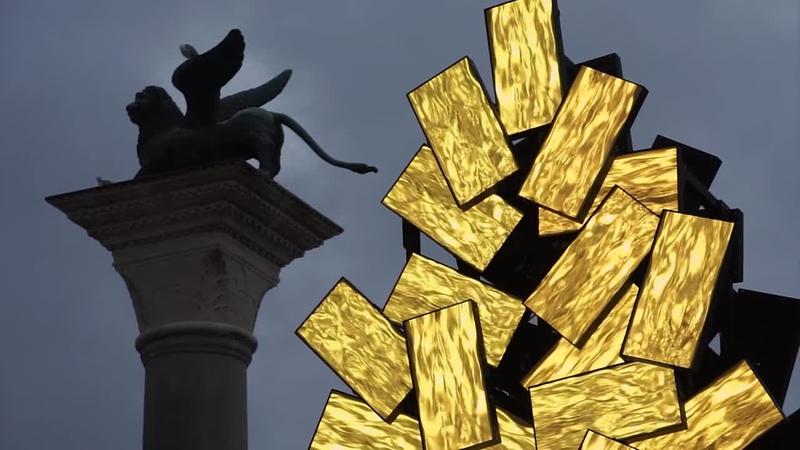 Not a simple work of light and technology that of Fabrizio Plessi, but an original, innovative and certainly evocative idea.

Those who will be in St. Mark's Square during the Christmas holidays will still find "The Golden Age", by Fabrizio Plessi himself, on the façade of the Napoleonic Wing of the Correr Museum. The installation, like the digital tree, will remain illuminated until 6th January 2021.

It will not be the only luminous initiative in the heart of Venice. In fact, the Natale di Luce 2020 project in the Marciana area also includes a lighting intervention at the Procuratie Vecchie and Nuove and along Calle XXII Marzo as far as Campo Santa Maria del Giglio.

The promoters of the work The creation of the digital tree that illuminates St. Mark's Square was made possible thanks to the City of Venice and Vela Spa with the partnership of Assicurazioni Generali and is part of the many initiatives of the "Le Città in Festa - Natale 2020" exhibition.

Mayor Luigi Brugnaro explains how the work will illuminate Christmas in the heart of Venice with new light, "a light that will ideally represent a sign of that hope and resilience of a city that wants to achieve it. From St. Mark's, the heart of the city that in a few months will celebrate its thousand six hundredth birthday, we wanted to send a message of confidence".

In his speech, the mayor also reminds the citizens, explaining that the intention of Plessi's work is also to give "a new light to give hope to all Venetians, to those who have lost their jobs, to those who are struggling to make it to the end of the month, to those who had to say goodbye to their loved ones because of a damn virus, but above all to those who, with pride, know that when all this is over, we will have treasured what happened to us and we will be ready to start again".

Generali's collaboration on the project is explained by its ceo group Philippe Donnet, who recalls the close relationship between the insurance company and Venice, which has been based in the Procuratie Vecchie since 1832. Generali's commitment to Venice does not stop here because, thanks to its contribution, work is underway to reopen the Procuratie to the community after 500 years, with the headquarters of The Human Safety Net initiative.