Getting to know Venice: the best italian documentaries about Venice

While waiting to be able to return to crowd the Venetian rii, campi and campielli, to resume the daily life and gradually to enjoy again the artistic, historical and architectural heritage of the city of Venice, we can well console ourselves with the digital resources available on the web. In fact, there are many audiovisual products that tell and explain the secrets of a city that is difficult to exhibit without the use of superlatives.

The history of cinema and the documentary genre also passes absolutely through the canals of Venice, when the Lumière brothers made one of the first documentaries about the city (if not the first) and probably also the first "tracking shot" in the history of cinema. It is a filming technique in which the camera makes a forward, lateral backward or circular movement with the aid of a mobile support: this technique is also called travelling. In this case the two masters, pioneers of cinema, to shoot mounted the camera on a gondola. Incredible, isn't it?

I leave you here the link for viewing this extraordinary document!

But without taking too long to get lost in the meanders of audiovisual history, here is selected for you a series of documentaries about the Serenissima that will show us different points of view of a unique city, a capital that is always able to arouse new and deep emotions. 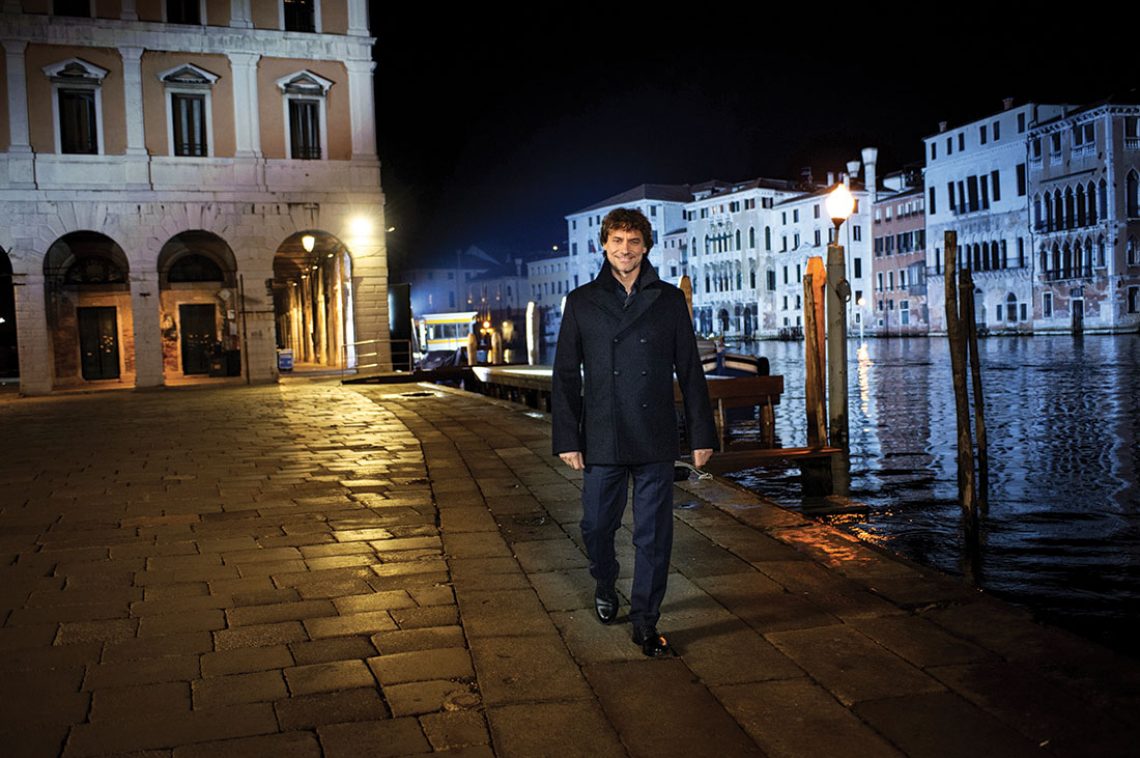 In Tonight in Venezia, the most famous and admired Italian scientific divulger, Alberto Angela, takes us on a completely unusual journey through this wonderful city: "At night, slowly, the waves, the waves, the waves, stop and the Grand Canal becomes flat, like a mirror; it looks like a lake". The magnificent documentary was shot completely at night, when the city is empty, the water is silk and silence triumphs: "the magic and intimacy of Venice at night, illuminated and empty, totally available to the viewer". A complex project, which tells the story of the Serenissima between 500 and 700, with the help of professional actors for recreation and situations, but also digital reconstructions that allow the viewer to admire something that is no longer there. The audiovisual story is shot entirely in 4K HDR, a technique of representation that goes beyond high definition cinematic, and that makes the vision magnificent, giving great power to the images: you will see something that does not exist in reality, such as the night lighting of the buildings on the Grand Canal, which are usually never turned on except by the lights in private homes. You will also see a double city, the real one and the one reflected in the calm and still waters, an image that is dissolved due to the continuous passage of boats that crowd the rivers and canals. Alberto Angela's great capacity for oratory and narrative add interest and fascination to the vision, succeeding in reaching everyone with simplicity.

The documentary is available qui on RaiPlay, digital platform of RAI. I am Venice, an extraordinary journey made in a narrative key that leads the spectators to discover the historical aspects related to the city. The reconstructions, perfect, with actors in the flesh playing historical characters that take us through some of the streets that have made Venice a state capital and one of the most influential cities from a cultural and economic point of view: a story based on memories, diaries and archive material. Historical places and not only in this documentary made by director Graziano Conversano, and a great Rai production made entirely in 4k following new, incredible shooting techniques.

The documentary is available here on RaiPlay, RAI's digital platform. 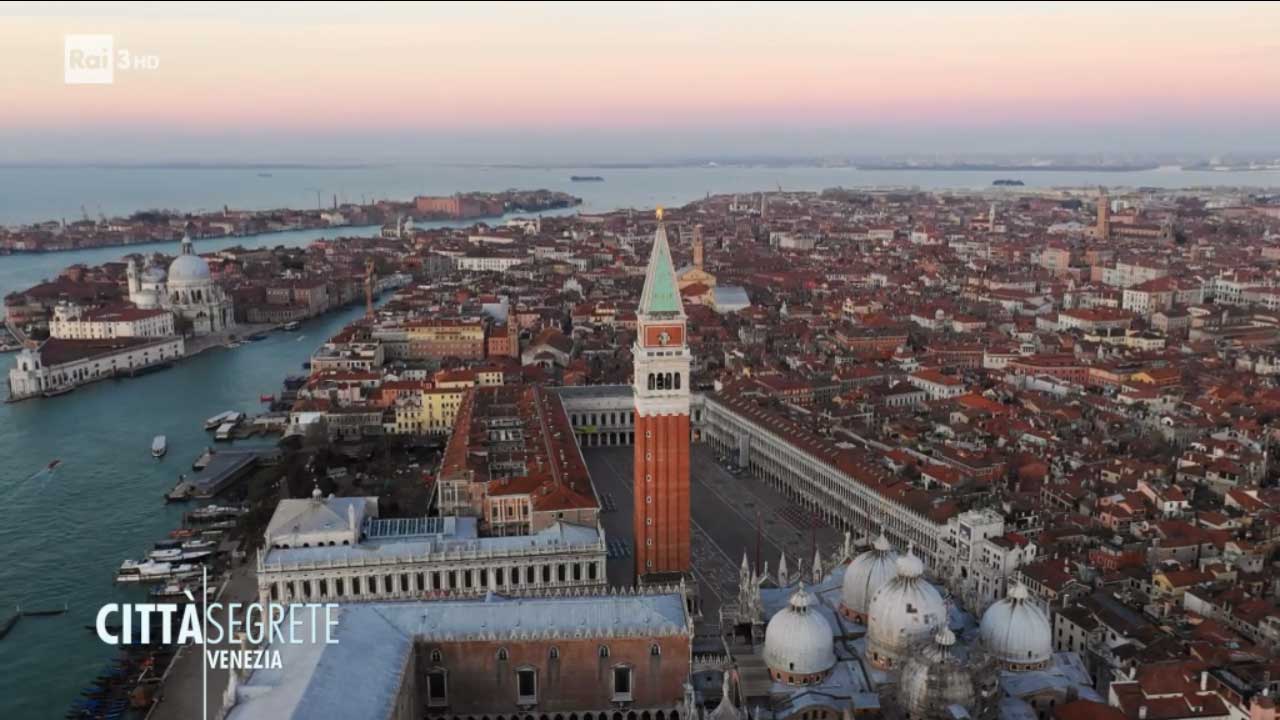 Secret cities of Corrado Augias tells us about Venice, divided between West and East, and between land and water, binomials that have always been its strength, but that today risk to be its most fragile point, because of the great climate changes and the wicked interventions of man. The story unravels between calli and campielli, between mysterious places, facts and characters that have made the history of the city of every era: from the unrepentant Giacomo Casanoava to Titian, from Raul Gardini with the disturbing story of Ca' Dario to the extraordinary floating concert of Pink Floyd. 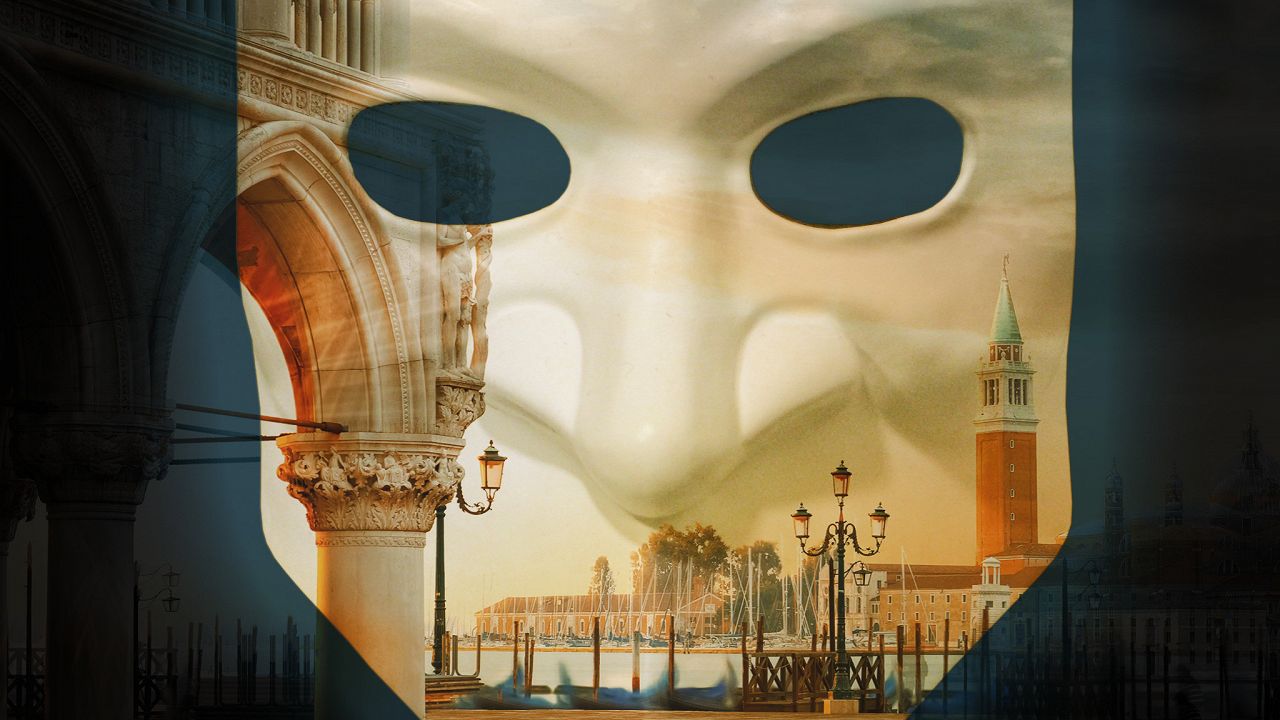 Carlo Goldoni: Venice great theatre of the world, is the docufilm that pays homage to the great Venetian playwright author of the famous theatre reform. A revolutionary act that changed the theatrical genre forever: masks down the farcical characters of the commedia dell'arte, in favour of real men who staged themselves with their soul and their inner conflicts, which led to psychological reflections and even a pedagogical role. The life staged by Goldoni was that of the bourgeoisie that had replaced the cynical and arrogant old aristocracy: a sort of social levelling off from the boards of the stage that later became universal. The docufilm depicts the time of Goldoni's reform, between Venice and Paris, where the master moved and died in 1793. The historical reconstruction of the last Carnival lived by Goldoni in his beloved city, alternating scenes of historical reconstruction with pieces of theatrical productions and interventions of actors and directors of great fame. But the opera is also a tribute to the city of Venice and the importance of the theatre of which it is the absolute protagonist, thanks to the presence of numerous structures, and a rigorous and detailed historical reconstruction with original furnishings, gondolas and carriages. A real plunge into the past, in a culturally and economically shining epoch, between the French Revolution and the Enlightenment, premiered at the 64th Venice International Film Festival. 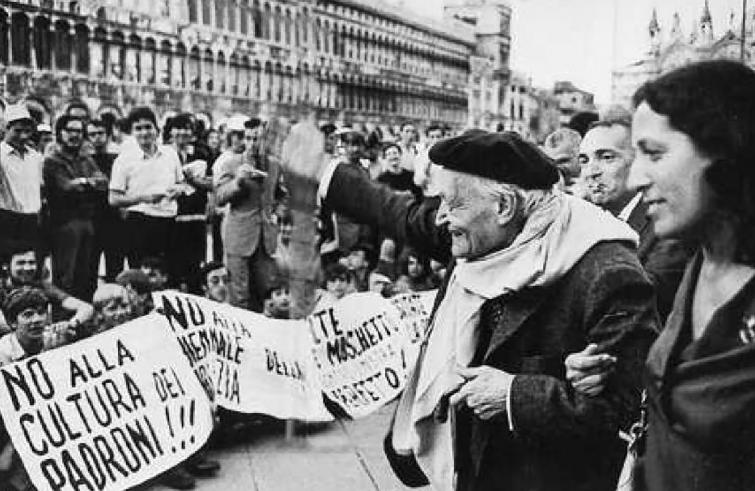 The year is 1968 and the phenomenon of youth protests breaks out all over the world, totally rejecting the Western consumerist society considered incapable of satisfying real human needs. These new forms of rebellion also arrived in the city of Venice, and delayed the 29th edition of the Venice Film Festival. Filmmakers such as Pasolini or Gregoretti joined the protests to side with a vision of art free from economic and political commodification, considered flimsy. In Venice 68: the contested festival, Carlo Mazzarella and Luigi Di Gianni tell us about those agitated days, with testimonies by Alberto Moravia, Carmelo Bene and the Taviani brothers, for an unusual documentary, mirroring an extremely important historical moment for the future that has come. Paese che vai is a television program in the form of a documentary that has been on air on the first  channel of the Rai since 2013 and has narrated several Italian cities not only from the historical and artistic point of view, but also highlighting all the cultural aspects of a place in the broadest sense. In the episode dedicated to Venice it will be possible to discover the construction methods of a gondola or identify all the flavors of the Lagoon, its most famous local dishes. Also you will visit the glass masters of Murano and discover Venice at the time of Giangiacomo Casanova. A trip not to be missed, led by journalist Livio Leonardi.

Getting to know, admire, turn, love Venice while sitting comfortably on the sofa at home!