A new project in a place with a centuries-old history 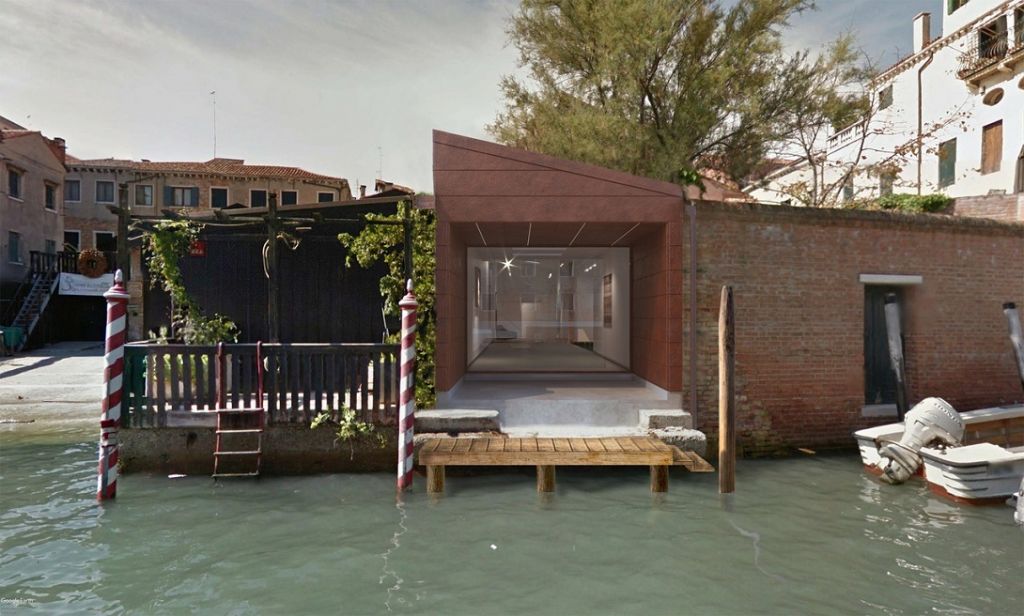 Conceived from the idea and passion of a mother and daughter, Emanuela Fadalti and Matilde Cadenti, already exponents of the artistic-cultural sector of the Venetian panorama and owners of the "Marignana Arte" gallery opened in 2013 located in the Dorsoduro sestiere behind the Punta della Dogana, Spazio Berlendis stands as a place of art out of any scheme, surrounded by what once were the leading arts of Venetian history. The health crisis of 2020, which put a strain on the tourism sector and consequently the artistic and cultural branch, did not discourage the realization of a project that can be defined as "an art start-up": the works over the months didn't have been interrupted and will end in March 2021, the month during which the opening (pandemic permitting) of the Spazio Berlendis could be foreseen, name deriving from the homonymous Calle through which, presumably, it will be possible to access it.

What will the Berlendis Space exhibit?

Spazio Berlendis will host exhibitions, conferences and concerts, placing itself as a place of varied interest capable of getting closer to an audience of all ages and personalities. The ambitious thought, which turned into development, starts from a desire to create a space in Venice open to exhibition, which is able to act as a suitable bridge for production and collaboration with national and international artists. The unusual and visionary characteristic of the Spazio Berlendis marries the space on which it extends: 300 square meters of surface and 250 square meters of exhibition walls. The names of the artists who will exhibit at the gallery have not yet been anticipated, but it's easy to define the target to which it intends to address: the intention of the owners is to welcome new artistic-cultural styles different from the Marignana Arte gallery which focuses only on contemporary art, unlike the expected Spazio Berlendis intended for visual artists, musicians and designers. The idea is to direct Venice towards a new, fresh, European place of culture, something that is missing: "a neutral box with great personality that leaves room for the artistic work without creating contrasts and competitions." Filippo Caprioglio, the architect who oversaw the project, defines the Berlendis Space as "a pavilion in the historic center without being at the Biennale." The project started in February 2020, before it was thought that Italy could go into total lockdown, and before it was thought that after a year it is still early and difficult to recover. The actual works, which began at the end of a spring that left room for a freer summer, put a strain on anyone who participated in the construction: the historic location, however, involved particular attention in the management of practices with the Municipality and with the Archaeological, Fine Arts and Landscape Superintendence of Venice, but the idea has always been studied as a place of experience and creation, capable of making areas of natural light converge with artificial dark spaces as needed: a fluid and flexible site, able to reconcile the needs of each artist.

How to reach Spazio Berlendis Spazio Berlendis is located on the bank of the Rio dei Mendicanti, at the east end of the Cannaregio Sestiere overlooking the Church of San Lazzaro dei Mendicanti in the Castello sestiere, next to the Squero Vecio, a wonderful place of millenary tradition in which the history of the past is intertwined with the love for Venetian row. The entrance to the gallery has not yet been revealed, but it's assumed that will be on Calle Berlendis from which it takes its name or, on the contrary, on Calle del Squero. A few steps from the Bridge Fondamente Nove from which it will be possible to see the island of San Michele, the Spazio Berlendis is located in a slightly neighboring and not very touristy area, home to craft supply companies. The opening date has not been confirmed, but the desire to inaugurate the project bodes well that, if the possibilities will exist, it will take place in the short period of time following the end of the works scheduled for March.