Venice and the music: the best music videos shot in town

The wonders of Venice have often been natural sets in which cinema has set its stories. But there is a kind of cinematography that has also chosen the city as a set to transform the famous music into images: the video clips that accompany the songs of great artists on the national and international scene, who have chosen to combine their work in Venice. Among these, it is impossible not to mention Madonna with her most famous single Like a Virgin, Ligabue, but above all the great Pink Floyd concert that caused quite a few controversies. Here I propose you some of the most suggestive video clips.

Turn up the music volume!

The Pink Floyd concert of 1989 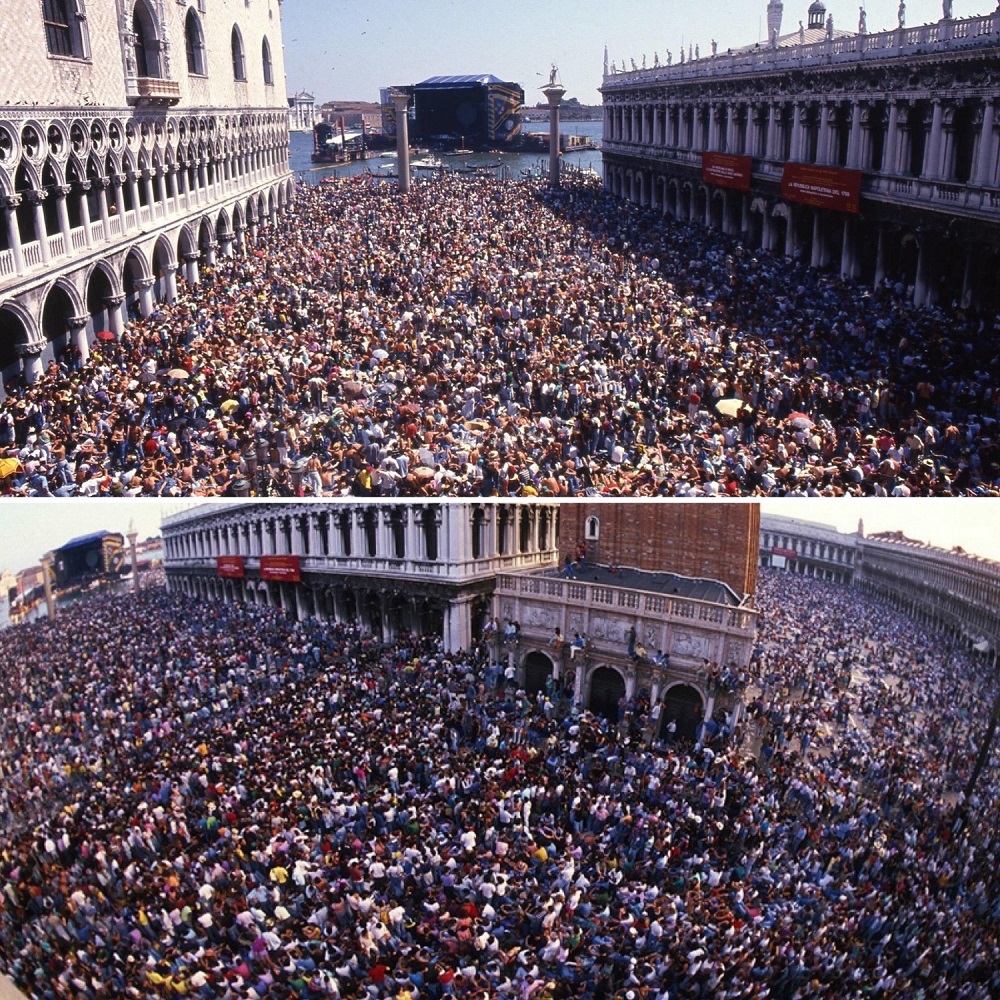 On 15 July 1989, Piazza San Marco and the eponymous basin were invaded by more than 200,000 spectators: it was the Feast of the Redeemer and Pink Floyd played on a floating stage. A historic day, to remember for all Venetians, for all Italians who love rock and music in general. One of the most controversial events in history that only in a city like Venice would it have been possible to design. The idea of ​​a concert of this magnitude and completely free, came to the mind of the Italian promoter Fran Tomasi who, taking advantage of a European tour of the English group (which at the time was composed only of one of the original members), decided to play the band on a huge floating barge in a more unique than rare atmosphere. Right from the start, the organization of the event had many detractors who considered the concert as unmanageable, polluting and too intrusive for the delicate city of Venice; but also many supporters who decided to make the crazy idea that a promoter had concrete never had. In the end the concert was held and it was as successful as a disaster. Among a thousand logistical difficulties, Pink Floyd composed by David Gilmour, Nick Mason and Rick Wright, played for 90 minutes live on national Rai and was a success of listening. The songs of the English band echoed in the overflowing lagoon of visitors, They were like sardines in Piazza San Marco and Piazzetta San Marco, on the Riva Degli Schiavoni and at the Zattere, while the luckiest ones were in the boat a few meters from the stage and the band. The entire lineup consisted of Shine On You Crazy Diamond (Part IV), Learnint to Fly, Yet Another Movie, Round and Around, Sorrow The Dogs of War, On the Turning Away, Time, The Great Gig in the Sky, Wish You Were Here, Money, Another Brick in the Wall (Part 2), Comfortably Numb, Run Like Hell. The event culminated in the traditional firework display of the Redeemer festival. After the concert, everyone at home, but the day after the controversy began. Many spectators felt bad from lack of air and 80 were hospitalized, fortunately there were not many vandalistic acts (much feared by opponents) but but they didn't miss one writing on a column and a window of a bar torn to pieces. The biggest problem was linked to pollution, the lack of toilets and the complicated management of waste, such a large mass of people brought with them a flood of garbage that ended up polluting the city but especially the canals of the Serenissima Republic. It took more than two days to clean up the square and the whole city after the end of the event and this significantly fueled the intensity of the controversies and accusations aimed at the organizers. All the newspapers thundered on the front page "Never again like this", and at the TG1 spoke of it thus: "In Paris the 200th anniversary of the Declaration of Human Rights was celebrated, in Venice the most basic rights were trampled, those of the invaders and those of the invaded". A few months later it was decided that an event of this magnitude, with these characteristics, would never take place in Venice again, and so it was! But today we want to remember it with pleasure, the triumph of music, art and contrasts that restore vitality to a world that is too sleepy in everyday life. However, not all citizens of Venice will agree.

HERE the video of the concert. 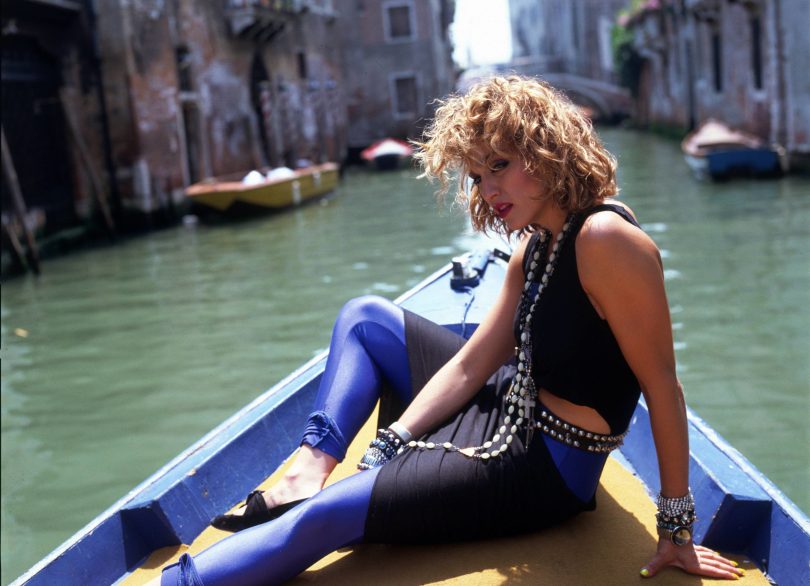 We stay in the 80s but take a few steps back. The pop queen's most famous song, Like a Virgin, shocked public opinion for the ambiguity of the text and the sensuality with which it was interpreted by Madonna. Like the song, the video clip has also become immortal and has become part of the history of pop music and has been shot in Venice. Directed by Mary Lambert, it was broadcast for the first time on October 26, 1984. It was an immediate success that made the song rise to the top of the world charts. From that moment on, Madonna would become an irreverent icon of sensuality and transgression. For most of the video, Madonna wanders through the canals and lanes, on bridges and gondolas, as well as in the sumptuous interiors of the sumptuous Palazzo Zenobio (Ca 'Zenobio degli Armeni) wearing a wedding dress that symbolizes the alleged virginity of the artist, object of the entire piece. Baroque building, Palazzo Zenobio is located in the Dorsoduro District and was built in the eighteenth century by Antonio Gaspari for the the homonymous family. The video clip is also known for the presence of a real lion that wanders the streets of Venice together with Madonna: the lion is in fact the symbol of the city that refers to the evangelist San Marco. Sharon Oreck, producer of the video clip, in the book Video Slut tells that Madonna was smelled for more than 10 minutes by the lion and that she was saved only by a member of staff who threw a "piece of horse meat" to distract the animal. 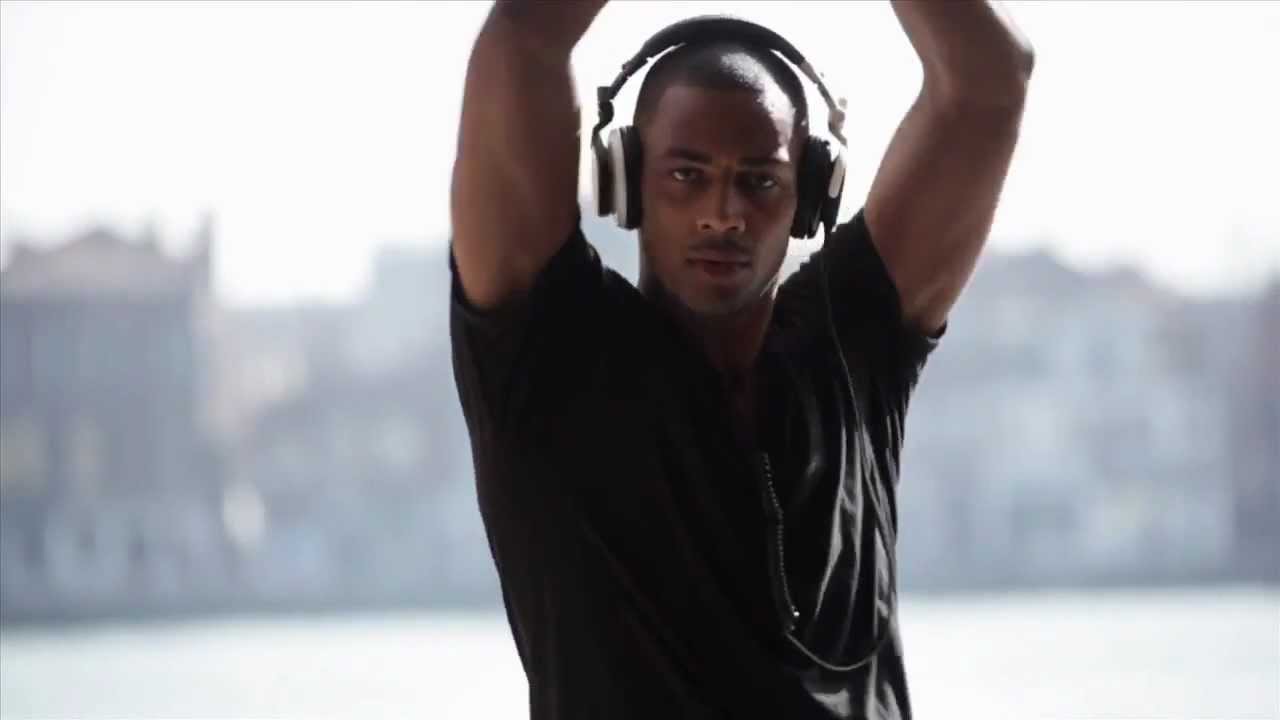 Tommaso Vianello aka Tommy Vee is a Venetian DJ, very close to his city, and he is one of the most successful house producers in Italy and abroad . Popularity came after taking part in Big Brother in 2004 thanks to which he was able to make his musical talent public. The music video of Tommy Vee's 2012 song "Press Play" in collaboration with Mr. V and Miss Patty was shot in Venice. In the video, a boy dances through the calli of the city, crosses the bridges and fields to the rhythm of music, always with headphones on his ears. A tribute that the dj wanted to pay to his hometown, and at 1:12 there is also a small cameo by Tommaso crossing a bridge passing behind the dancer's shoulders . The most recognizable areas within the video are the Accademia Bridge, Campo Santo Stefano, Zattere, Frari and the Constitution Bridge. In the past, Tommy Vee had already paid tribute to the history of Venice with a remixed track by the Rondò Veneziano, orchestral piece of baroque music, entitled La Serenissima which in 2004 achieved a moderate success as a single. Luciano Ligabue needs no introduction. The Emilian singer-songwriter is one of the most loved artists in Italy, each of his concerts is sold-out, each of his songs resounds on the radio for months and months. Liga's musical career crosses with the city of Venice on the occasion of the music video for Piccola stella senza cielo, one of the most famous and appreciated songs by Ligabue fans. The video is shot by director Giangi Magnoni in the Cannaregio and Castello Districts: the protagonist is a little girl playing with a marble in an empty Venice, without water, where the gondolas float alone in the air between the foundations of the city suspended in space . A suggestive and surreal setting in which Ligabue tries to tell an aspect of the female universe: "little star is a friend of Ligabue who pays the price of living life and love with too much naivety". The video was shot in the Campo dell'Abbazia, near the Sacca della Misericordia, later the bell tower of San Giorgio and the basin of San Marco were digitally added. 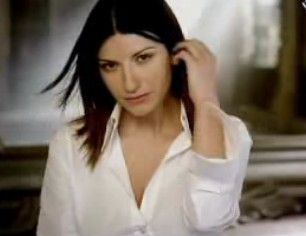 Vivimi is a 2004 single by Laura Pausini. Written by Biagio Antonacci, the song has met with enormous success in Italy and abroad, in fact a Spanish version has been taken from it called Viveme. Like many, Laura Pausini has also chosen to set the video clip of the song in Venice, on the other hand, a heritage like that of the Venetian city is right that it should be exploited for artistic purposes. The video was directed by Gaetano Morbioli and is almost entirely shot inside the baroque hall of the Ca 'Zenobio degli Armeni palace, the same set used by Madonna in the video of Like a Virgin in 1984 and made famous all over the world. The video of the Spanish version is shot in Madrid. Another video, another successful Italian singer-songwriter: Giorgia, one of the most appreciated voices in Italy, she released the single "È l'amore che conta" in 2011, the video of the song, shot in Venice, won the OGAE Video Contest music competition award. The video clip, directed by Gaetano Morbioli, and was shot with many difficulties due to the high temperatures: “I spent the day under a white umbrella to shelter from the hot sun that melted my makeup, I put my foot off the boat with my super heels and I took full water, "said Giorgia in an interview. The choice of setting the video in Venice was made by the director, according to Morbioli the Venetian city would have highlighted the speeded up effect around the figure of the singer through the magic of the water. In fact, in the video, Giorgia sings in the open spaces of the city while everything flows quickly around her, creating a suggestive effect of fascinating estrangement.