This 16 July, St Mark's Basin is ready to light up with a thousand colours for Venice's most magical festival: the Festa del Redentore (Feast of the Redeemer).

The Festa del Redentore 2022 will take place from 15 to 17 July. Like every year, this festival will be celebrated on the third Sunday of July to commemorate the end of the plague epidemic that hit Venice hard from 1575 to 1577.

Let's find out more about the Festa del Redentore 2022 programme in detail.

The Feast of the Redeemer

First of all, what is celebrated during the Feast of the Redeemer? The Feast of the Redeemer is the event that commemorates the grace the city received to end the plague of 1575-1577. At the behest of the doge, a promise was made that every year, on the day the city was declared free of the scourge, a procession would be held to the new votive church.

After almost five centuries, this celebration is still active and is colloquially called "festa famosissima" (famous feast) by the Venetians. This festival is an integral part of the traditions and folklore of the inhabitants of Venice.

The Feast of the Redeemer is indeed one of the most heartfelt festivities for Venetians, in which the religious and spectacular aspects coexist, thanks to the fireworks on Saturday night. On St Mark's Basin, plays of light and reflections trace a kaleidoscope of colours that stand out behind the spires, domes and bell towers of the city. A breathtaking spectacle. 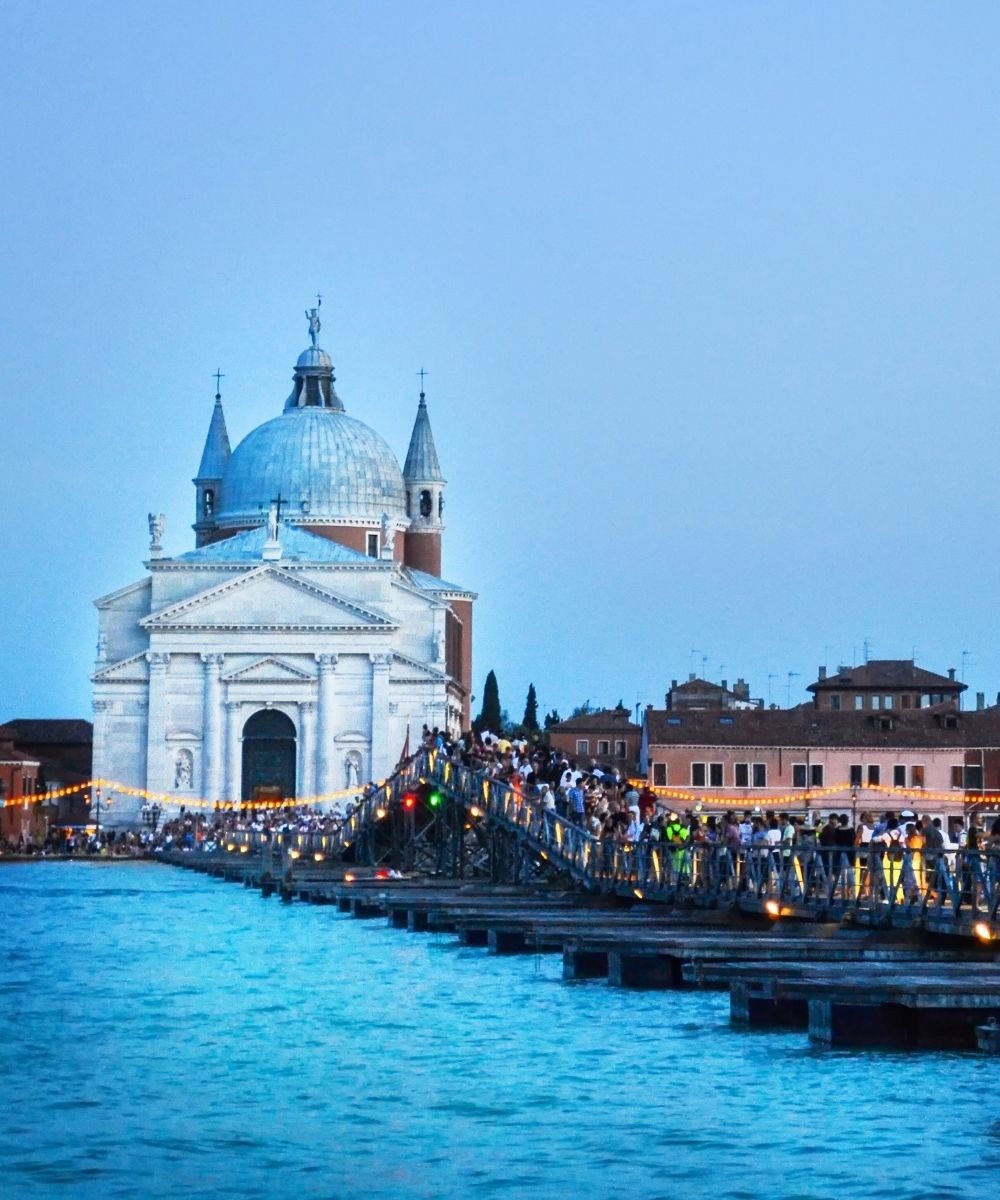 The celebrations begin with the opening of the votive bridge connecting the Fondamenta delle Zattere to the Giudecca island, allowing pedestrian access to the Basilica del Redentore.

On Sunday, the celebrations continue with three regattas of typical Venetian boats along the Giudecca Canal and end with the Votive Mass at the Redentore Church on the Giudecca Island on Sunday evening. 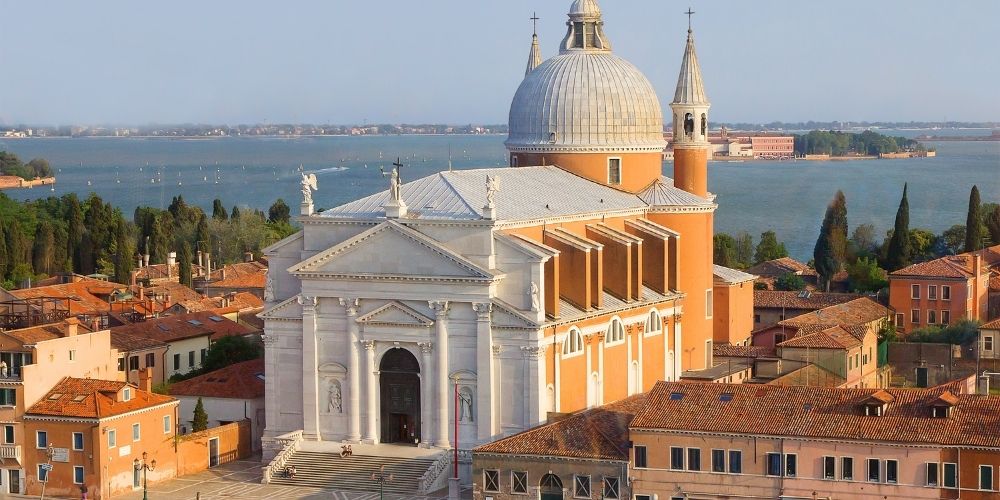 The Basilica del Redentore, also known as the Votive Church of the Most Holy Redeemer, was designed by architect Andrea Palladio in 1577 and is located on the Giudecca island.

The church was built as a votive pledge by the Venetian Senate to try to stop the plague that struck Venice in 1575 and claimed some 50,000 lives. In May 1577 the foundation stone was laid and in July of the same year the plague ceased.

Besides being the centre of of the great Feast of the Redeemer, the church is one of the greatest architectural masterpieces of the Renaissance. The white marble façade is one of the most representative examples of the classical inspiration that made Palladio famous. Both the church and the sacristy house works of great importance such as those by Paolo Veronese, Jacopo Tintoretto, Jacopo Palma il Giovane and Francesco Bassano.

Despite the majesty of the exterior structure, the interior of the church is very simple. This is because the church has always been run by Franciscan friars who, having poverty and humility as their creed, demanded a simple and rigorous composition. 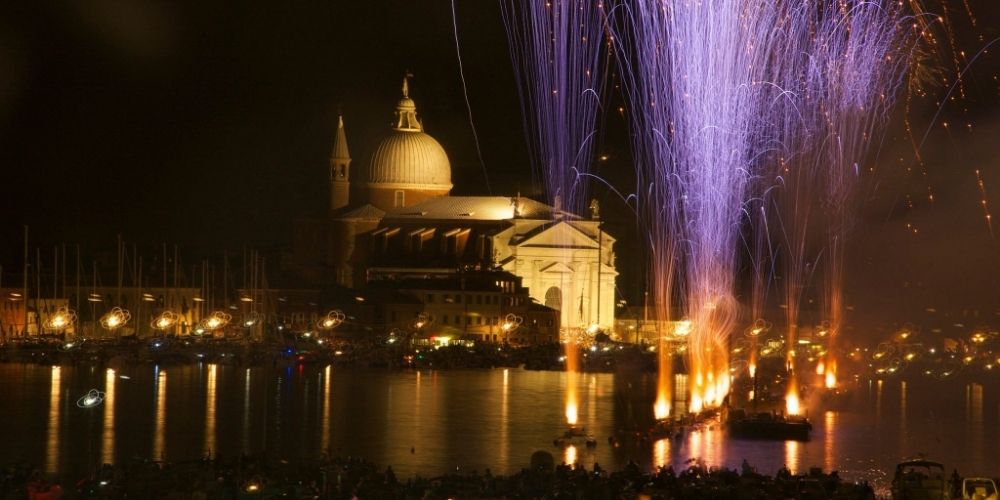 As for the 2021 edition, the access to the banks to watch the Redentore will be restricted and reservation is compulsory, as it is for the access for boats. Reservations can be made by clicking here. Reservations for non-residents will open on Thursday 7 July.