Marco Polo: the traveler who left Venice and conquered Asia

The traveler, the merchant who crossed the borders of the Far East and described lands unknown at the time through the writing of "Il Milione", the most famous Venetian in history: we are talking about Marco Polo, probably the historical figure par excellence linked to the city of Venice. The first name that a tourist reads when he reaches the Venetian capital is precisely that of Marco Polo to which the city's airport is named, like tying a travel spot to the ultimate traveler. . The traveler's cultural heritage is indelibly carved in the marble of human knowledge and has been an inspiration for subsequent generations. Today we remember the Venetian explorer, celebrate his writings, and retrace the places of Venice that have marked his life.

Who was Marco Polo? 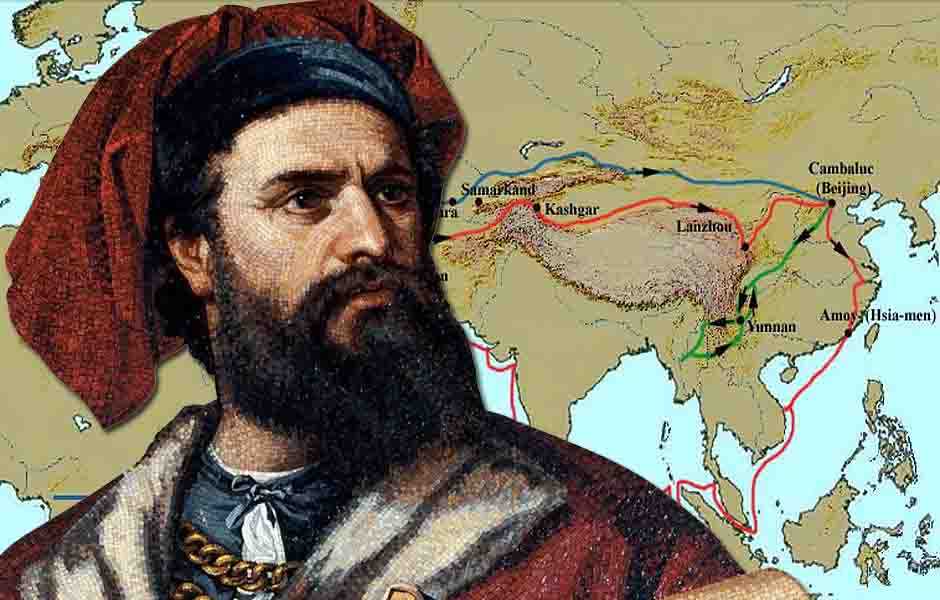 Marco Polo was born in 1254 in Venice, the son of a rich family of merchants: his father Nicolò and his uncle Matteo, in fact, found a business company in the Asian continent. The young Marco spent his childhood with his uncles in Venice, received an education in keeping with his patrician status, and therefore learned to count and to trade. In 1269, Nicolò and his uncle Matteo returned to Venice, two years later, at only 15 years old, Marco decided to leave with his father for China, where he remained for about 25 years. A long journey through the Silk Road (trade route between European and Asian countries) that begins in Acre (present-day Israel) where the Poles establish a relationship with Pope Gregory X, who entrusts him with the task of sending letters to the Grand Khan of the Chinese Empire and appoints Nicolò ambassador. After three years of travel, the Polo's arrive in Catai (present China), here Marco shows off with his intelligence, quickly learns the language and customs of the place, carries out administrative and diplomatic activities. He is highly appreciated by Kubilai Khan, the Great Khan, to the point that the sovereign confers on him the position of "messenger", a title that binds him to the emperor of which he becomes personal adviser and ambassador to all peoples of the Empire. As mentioned in Il Milione "for his official missions [Marco, Editor's note] he went to India, Yunnan, Tibet, Burma, along routes that still present difficulties that are not at all slight, even regardless of political conditions.".

In 1292, the Polo sailed from Zaitun and began the return journey to Venice, this time by sea. They arrived home in 1295, 24 years after their departure. A few years later, Marco takes part in one of the many naval battles between Venetians and Genoese who animated the waters of the Mediterranean Sea. During a battle he falls prisoner of the Genoese fleet and is imprisoned, remains in the cell for more than a year. During his imprisonment he met Rustichello da Pisa, a Tuscan writer, to whom Marco dictated his account of the trip to China, his memories and descriptions of flora and fauna of the Asian lands. The book is published with the title "Il Milione" (from the nickname of the Polo family "Emilione") and in a short time it becomes a great success among Venetian readers, but for many years it will be considered as nothing more than a beautiful fantasy book: it will take a long time before it is recognized as a reliable historical-geographical document.

After peace between Genoa and Venice was ratified, Marco Polo was freed in 1299. He returned home and became a wealthy merchant. In 1300 he married Donata Badoer with whom he had three daughters. Marco signed the will in 1324 and died in the family home (current Corte del Milion) in the same year.

Marco Polo's travel report to the East, "Il Milione" is the immense collection of descriptions of the Venetian traveler's geographical, historical, ethnological, political and scientific discoveries, the book that inspired Christopher Columbus' excursions. Marco Polo recounts his 24-year journey, which started in Piazza San Marco and reached the Forbidden City of Beijing. The work is divided into 183 chapters, equipped with sections that summarize its contents. In the first 17 chapters, Marco recounts the origin of the fortunes of his father Nicolò and uncle Matteo, their first trips to China and the resourcefulness that led them to become ambassadors of Pope Gregory X and guests of honor of the Chinese court. Chapters 18-74 describe the eastern lands and peoples at 360 degrees, the journey was undertaken by Marco and his father to reach China through Turkey, Georgia, countries of the current Middle East, the numerous Asian countries that the traveler he crossed to the border with Catai (China). Chapters 75-80 are entirely devoted to the wars and battles fought by Kublai Khan to consolidate his empire. The provinces of the Mongol empire are described in the last chapters. The text was written by Rustichello da Pisa under Marco Polo's dictation. Later the book was translated into numerous languages, from French to Vulgar Tuscan, to Latin and Venetian dialect. Thanks to the numerous translations, the book spread with great speed, it was appreciated by a large number of readers who recognized its beauty but failed to find a real scientific or documentary importance. It was reevaluated in the decades following the death of the Venetian traveler. 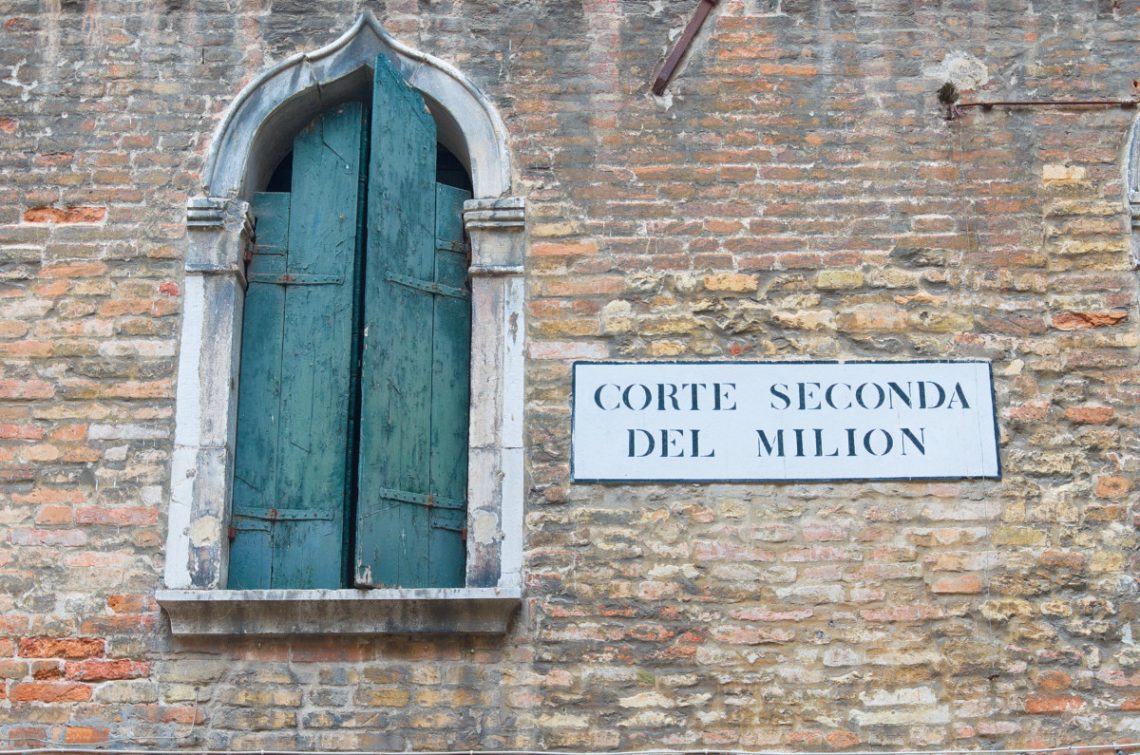 Near the Rialto Bridge, in the Cannaregio district, crossed the Sottoportego del Milion, there is the Corte Seconda del Milion. In this little space stood the home of Marco Polo and his family. The name of the sottoportego and the courtyard derives from the famous book of the traveler. Crossing a Byzantine arch you will find yourself in front of the Malibran Theater, it is right under the foundations of the theater that the old house of the Polo family once stood. The remains of the house were recovered during the renovation of the theater in 1998. Furthermore, legend has it that in Republican times, a copy of Il Milione was hung with a chain at the entrance of the church of San Giovanni Elemosinaro (San Polo District) so that every passer-by could draw information from it.

Yet Mark of his The Million said: "I haven't written half the things I've seen."