An illustrious artist whose name is not only synonymous with Venetian style but also and above all with colour, the dense, dramatic and wonderful colour present in his portraits, in the great public commissions and in the various altarpieces that can still be admired in the lagoon city. A master of undeniable talent, he was intellectual, attentive to changes in the world, a man of the times and a citizen of a Venice that dominated Mediterranean trade and had already opened the way to the East, finding a period of economic prosperity.

Tiziano Vecellio: his life and his achievements 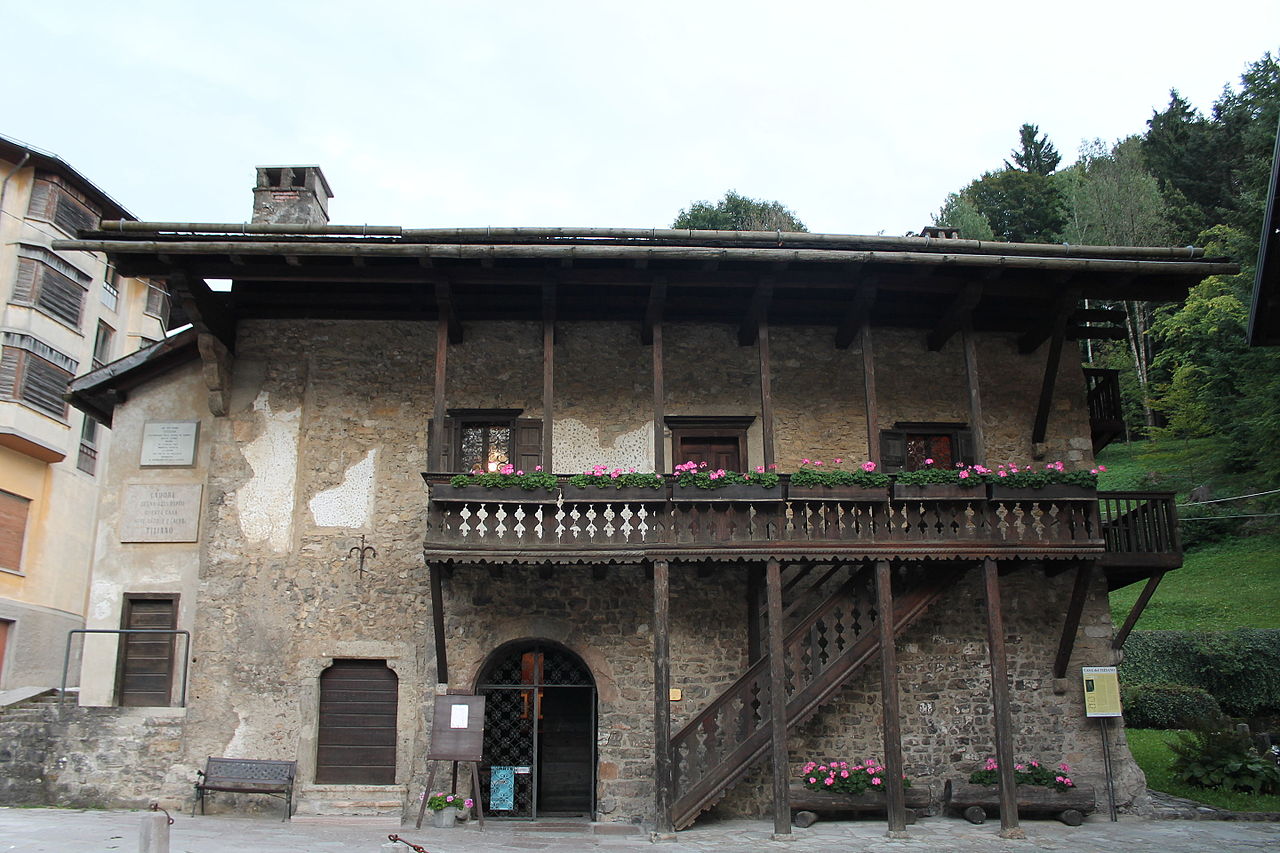 The life of the young Titian began in the mountains of Belluno, near Lake Cadore, in the small village of Pieve di Cadore, where it is still possible to visit his birthplace. Despite being one of the most studied and reported artists by modern critics, it is not yet possible to certify with certainty his date of birth, probably between 1477 and 1490; this is because it was probably the artist himself who falsified his age, increasing it for credit reasons. During his childhood, his inclination for the arts was immediately clear, to the point of convincing his family to send him to study in Venice, at the prestigious Bellini bottega, where Gentile and Giovanni Bellini worked, who even succeeded each other as official painters of the Venetian Republic.

Then, around 1507, there was a decisive meeting in the artist's career, with Giorgione, with whom he formed a strong working relationship. Together they frescoed the facades of the Fondaco dei Tedeschi, a building overlooking the Grand Canal and of considerable importance for the storage of goods coming from Nuremberg (remember that Venice's wealth came mainly from trade). Unfortunately, these decorations have been lost except for a few fragments now in the Franchetti Gallery at Ca' D'Oro. Thanks also to the influence of Giorgione, the artist's style underwent a considerable transformation, which, with Titian's artistic maturity, became a point of reference for all subsequent artists, not only from the Veneto. The so-called Venetian Tonalism put Venice on the same level as Rome and Florence as far as the visual arts were concerned, so much so that it became conventionally known in art history as "the great school of colour" (as opposed to the Tuscan-Roman school of drawing).

On an artistic level, Titian's life was studded with great successes even while he was alive; he was an excellent portrait painter and had a large and rich market, became official painter of the Republic of Venice in 1516, had several public commissions for civil and ecclesiastical buildings and was appreciated by intellectuals, writers, popes and all kinds of rulers. One of his most interesting personal characteristics is his continuous renewal to the changes of the time, while remaining faithful to his visual ideas, gathering from the outside every minimal inspiration in order to convert it into Art.

Although he was one of those extremely prolific Italian artists and even though he left his pictorial mark in several Italian cities, it is clear that his bond with Venice remains a special one, much more human, identity-driven and full of passion. Suffice it to say that by accepting his appointment as official painter of the Republic, he refused a transfer to Rome under the protection of Pope Leo X in those same years. Nevertheless, his workshop was always full of new commissions and although it was not a real school, the painter could still rely on a number of disciples and collaborators.

In 1516 a particularly important commission arrived: that for the decoration of the altar of the Basilica of Santa Maria Gloriosa dei Frari. A crucial place to get to know Titian's mastery and where some of his most important works are preserved today. For this church, he painted the Assumption, a theme that was extremely felt by the population of the time, concerning the assumption into heaven of the Virgin Mary, an object of particular devotion. This great masterpiece features a riot of bodies with incredulous expressions, those of the apostles who admire the Madonna from below in a central and triumphant position, supported by a population of cherubs under the attentive gaze of God. A religious celebration but also a political one, with the theme of the "triumph" akin to Venetian political events after the Treaty of Noyon returned territories to the Serenissima. In the same place it is possible to admire another great work The Pesaro Altarpiece commissioned by Jacopo Pesaro himself, which was completed in 1526 and revolutionised the way of conceiving altarpieces. Conceived for a lateral vision, it respects a series of conditions existing in the practical crossing of the great church; the lateral perspective, the colour and every detail is designed to make the vision exciting and comfortable at the same time.

Other great works by the artist can be found in the city, preserved today for example in the exceptional Gallerie dell'Accademia, the place that par excellence hosts all the great artists of Veneto's visual culture. Among the works present here, there is one that stands out from the rest: Pietà. The theme, widely visited by a number of European artists, especially during the Renaissance, sees an aged and tried Titian painting without any preparatory drawings; here the brushstrokes are strong, fat and fast and seem to anticipate the mechanical movements that Expressionist artists would make a few centuries later. The painting was created again for the Frari church, this time bartered for the promise of being buried inside. Rich in symbolism and themes of pain and death, note the standing female figure, an Ellespontine Sibyl, a pagan and non-Catholic prophetess who, according to medieval legends, predicted Christ's death. The large painting was completed by Palma the Younger after the artist's death in 1576 following the plague epidemic.

Inside the Basilica dei Frari you can see today a grandiose funeral monument created by Luigi, Andrea and Pietro Zandomeneghi in the mid 19th century, which gives glory to one of the greatest Venetian and Italian artists in the world.