Jacopo Tintoretto, the genius of the Venetian sixteenth century 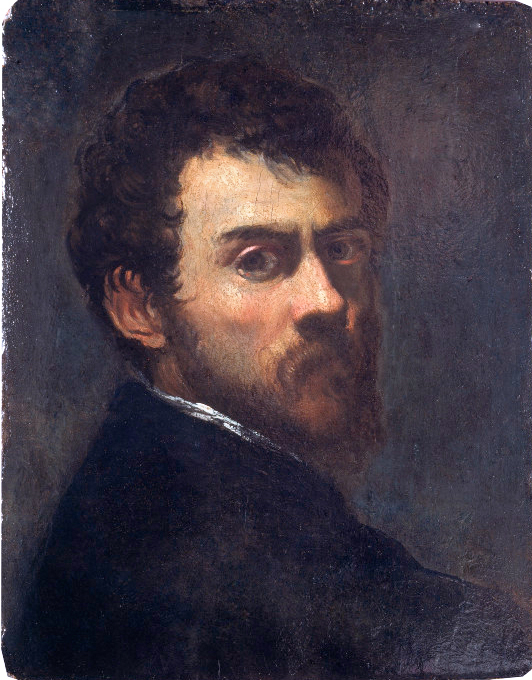 If we want to learn about the culture of the sixteenth century, we must think of it as one hundred years of violent political, social and religious changes, capable of totally upsetting harmony, stability and that widespread sense of relaxation that had characterized Humanism in the previous century. What emerges is a more dramatic, monumental and political art, which masterfully addresses human doubts, economic upheavals and instability brought about by wars. Among the great masters who tackled the themes of this delicate period with great skill, we certainly find Jacopo Robusti, known as Tintoretto, who, with his impetuous, theatrical painting and impressive technique, wrote very important pages in the history of Venetian painting.

Tintoretto, story of an extraordinary artist 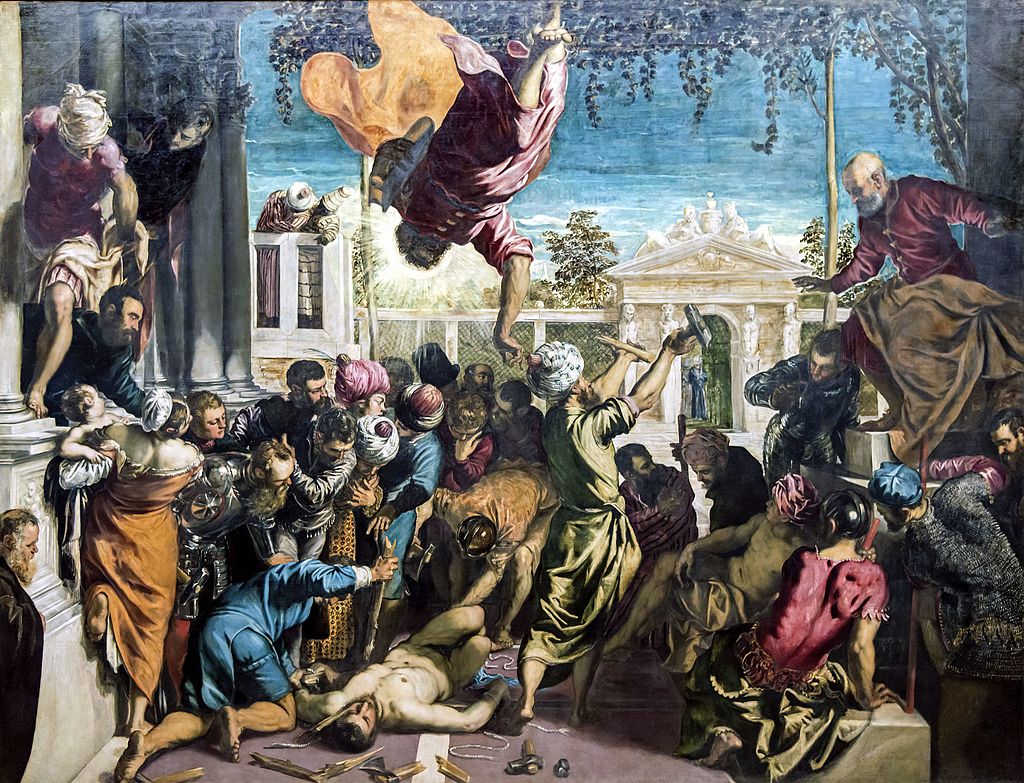 The son of a thirst dyer and minute of build, was almost automatic the nickname of Tintoretto, who was proudly used as a signature for several of his works. Unfortunately there is little certain information about his childhood and his artistic training: his birth certificate was lost at the stake at the San Polo Archives. His death certificate allows, instead, an approximate dating, reciting: "31 May 1594: dead messer Jacopo Robusti called Tintoretto de age 75 years and 8 months", and then leaving the date of birth between September and October 1518.

According to Carlo Ridolfi, a historian who lived in that century, the young Tintoretto did a brief apprenticeship at the workshop of Titian Vecellio before being removed for reasons not yet completely clear.

However, it is certainly a look of admiration for Titian's lesson on colour that is absorbed, understood and reinterpreted in a more tragic and theatrical way and with a compositional and luministic rendering capable of anticipating the scenes of Baroque painting.

Another great source of stimulus in work, Tintoretto finds it in the art of Michelangelo Buonarroti, who is known in Venice thanks to the diffusion of prints that were collected by the wealthiest families of the time. The synthesis of colour and plastic forms that the painter was able to achieve, together with his immense creative impetus, make him one of the most extraordinary artists to be admired in Venice.

Tintoretto's talent was thus recognised even by the most important institutions of the time as were the so-called "great schools": similar to corporations or modern trade associations, they were financially supported by the Venetian patriciate and also performed Welfare functions, such as the worthy burial of the dead or dedication to good works.

In the middle of the sixteenth century a collaboration contract was signed with the Great School of San Marco for which it was initially employed in the renovation and decoration of the Chapter House of the building. One of his most important masterpieces of that period is The Miracle of St. Mark, in which the Saint can be seen coming down from the sky in the act of saving a slave from martyrdom, illuminated by divine light: the scene of great impact sees the crowd dividing their incredulous glances between the executioner holding in his hands the instruments of martyrdom destroyed and the slave lying naked and helpless.

The final consecration came a few years later when commissions arrived from the Great School of San Rocco, with which he remained in contact for many years, also becoming a member of its council. From this period are great masterpieces of the artist such as the various stories about the life of St. Roch, but also episodes from the Old Testament that best represent the impetuous and dark painting in which landscape, architecture and characters merge into a wonderful compound.

Parallel to his work for the school of San Rocco, he also agreed to work for the Doge's Palace, now one of the most visited places in the city, and for the Basilica of San Giorgio Maggiore where he painted a Last Supper and The Manna Harvest, the two last masterpieces of a genius who took 16th century Venetian painting to new extraordinary levels.

Where to see the works of Tintoretto in Venice 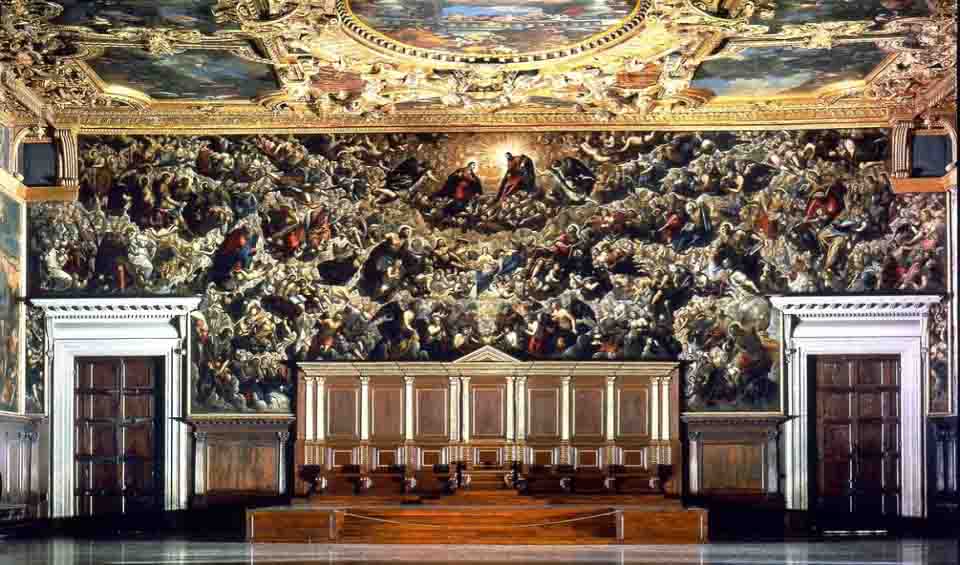 Jacopo Tintoretto is a widely accessible artist, perfectly preserved in various Venetian collections. For example, the works on display at the Academy'Galleries of Venice are truly remarkable, presenting a variegated selection of the painter, with both youthful and mature works, presenting both the great masterpieces created for the Great School of St. Mark's and the prodigious portraiture, which was also an important part of his workshop from an economic point of view. The presentation of Jesus at the temple and The miracle of St. Mark's certainly stands out among them all.

A place to go to meet Tintoretto is certainly the Scuola Grande di San Rocco, which bears the name of Tintoretto, thanks also to a strategic move of his, with which he, instead of presenting sketches for the competition organized by the Brotherhood, placed the painting of San Rocco in Gloria already in its place. From there began an indissoluble bond that lasted for a long time. He was responsible for the decoration of the Hotel Hall with the Stories of the Passion of Christ, the Crucifixion. The Chapter Room, where the plenary meetings were held, houses The Bronze Serpent's Erection and more than thirty works of Old and New Testament stories. In the Sala Terrena were placed instead Episodes from Jesus' childhood and Episodes from the life of the Virgin. Impossible to tell, the Scuola Grande di San Rocco is an experience that must be lived!

In the nearby School is the Church of San Rocco: A complex where you can admire the context for which these works were painted, with the cycle of stories of the Saint, which represents a period of stylistic maturity and important success for the author: San Rocco heals the plague victims, San Rocco struck by the plague, San Rocco heals the animals. To these is added the magnificence of La piscina probatica. Compared to the museum works, those like these, which also preserve the appearance of the context, have a greater charm, while admitting that the reading of the work becomes a little more complex.

In Venetian buildings of worship there is much of Tintoretto's work, who as a painter executed his altarpieces, paintings that decorated the physical space of the celebrations. In such places it is easy to contemplate also the talent as "decorator" of furniture, organs and other furnishings of the church. To discover and get to know his immense work it is necessary to take a great tour of churches and ecclesiastical complexes: the Church of San Cassiano which hosts The Resurrection of Christ with Saint Cassian and Saint Cecilia together with The Crucifixion and The Descent to Limbo; the Church of Santa Maria dell'Orto near which stands the house where the artist lived and which today preserves his immortal remains, where you can admire the Last Judgement, The Presentation of the Virgin to the Temple, The Vision of the Cross at St. Peter's and The Four Capital Virtues; the Basilica of Madonna della Salute which in a side chapel houses The Wedding at Cana; the Church of Santa Maria Assunta dei Gesuiti in whose shovel is painted the Assumption of Mary; the Church of San Marziale with St. Martial in glory with Saints Peter and Paul; the Church of San Polo where a new version of The Last Supper triumphs; the Church of San Trovaso where you will find The Temptations of St. Anthony; the Church of San Silvestro with the magnificent Baptism of Christ; the Church of San Giorgio Maggiore where his last masterpieces are found: Manna Harvest, another Last Supper and Deposition in the Sepulchre.

Inside the path (now a museum) of Palazzo Ducale, where he worked, you can also see the different rooms with large paintings oil on canvas, including, the Hall of the Great Council, one of the symbols of the ancient Venetian Republic, where you can admire the great Paradise, among his most extraordinary masterpieces: it is one of the largest canvases in the world, thanks to its extension par to 22 meters long by 7.5 meters high, which forms the backdrop to the equally vast Hall where the heart of the administration of the Serenissima met, and right where the Doge was sitting. In fact, the "commission" had requested a representation of Paradise that visually and illusorily included the tribune where the Doge was seated, and at the same time created a direct link between the painted divinity and the light that radiates and the sovereign of the Serenissima.

So beautiful that John Ruskin called it "I have no hesitation in claiming that this image is by far the most precious work of art of any kind, now existing in the world".

Absolutely not to be missed!