Venice is divided into six districts, called sestieri. Crossing Ponte degli Scalzi, a few steps from Santa Lucia station, you reach the Santa Croce district, the second smallest district after San Polo. This sestiere used to be a peripheral area of the city and nowadays, being a mainly industrialised area, it does not have many monumental buildings, but among the most important ones we remember the Church San Simeon Piccolo, the Fontego dei Turchi, seat of the Civic Museum of Natural History and Ca' Pesaro, seat of the Museum of Oriental Art and of the International Gallery of Modern Art. This area is often crossed in a hurry, and without particular attention, while trying to reach Rialto, so today we will take you to discover its splendid palaces and hidden corners. 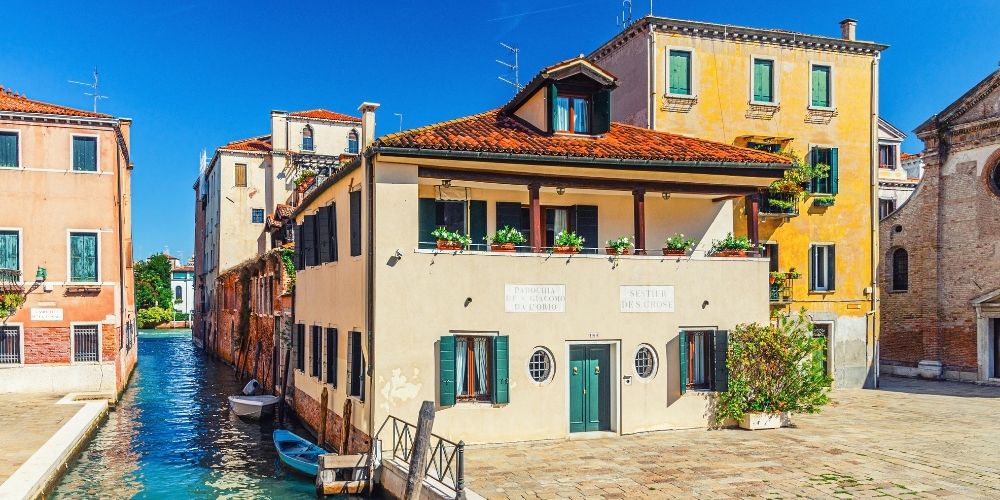 The Santa Croce district takes its name from the ancient church of Santa Croce, an important place of worship demolished in 1806, during Napoleon's suppressions. The church had very ancient origins, founded, according to tradition, in 568, and stood on the banks of the Grand Canal where today the Papadopoli Gardens are located.

The sestiere used to be a peripheral area of the city, since before the construction of the railway bridge in 1846 and then of the Liberty Bridge in 1933, Venice could only be reached by boat, landing at the fondamenta delle Zattere in the Dorsoduro district. For this reason the area is not characterised by prominent elements such as the Rialto Bridge, but this does not mean that it is devoid of little gems. Splendid palaces, such as the Belloni Battagia or Ca' Corner della Regina, stand along the banks of the Grand Canal.

Things to see in the Santa Croce district

Santa Croce is a quiet area, little frequented by mass tourism as it is just a transit area, with a typically Venetian atmosphere. To reach it, simply cross Ponte degli Scalzi or Ponte della Costituzione. 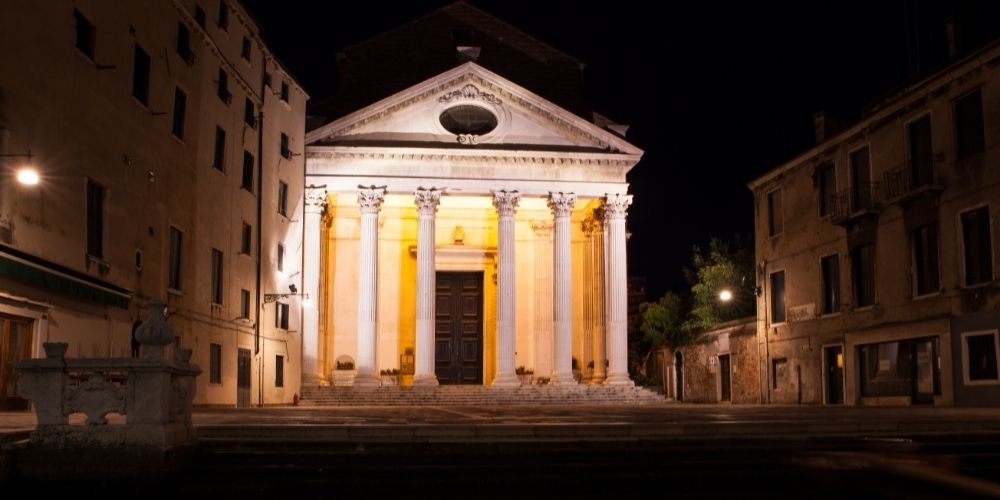 The Papadopoli gardens are the green lungs of this district, a public urban park in Venice that has recently been restored to its former glory thanks to a series of restoration and rehabilitation projects. Nearby we find one of the few squares that characterise this district formed mainly by narrow streets: Campo dei Tolentini. This is where the Church of San Nicola da Tolentino overlooks with its majestic façade. Internally the church is decorated with 17th century frescoes and on its façade, near the entrance door, there is a cannon ball in memory of the Austrian bombardment suffered on 6 August 1849. This square is also home to one of the city's most famous bacari. 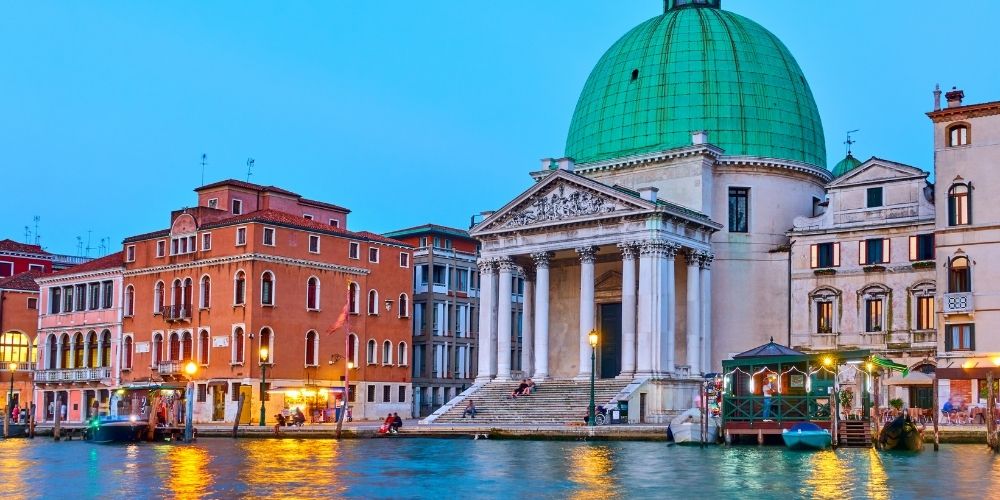 Another noteworthy church is the Church of San Simeon Piccolo, whose majestic green dome welcomes and amazes those arriving in Venice from the train station. The church overlooks the Grand Canal and looks like a narrow cylindrical body with a copper-clad dome. Crossing the Rio Marin you reach the northern part of the sestiere. Here we find the largest square in Santa Croce, Campo San Giacomo, where children gather to play after school in the afternoon: a true glimpse of authentic Venetian life. 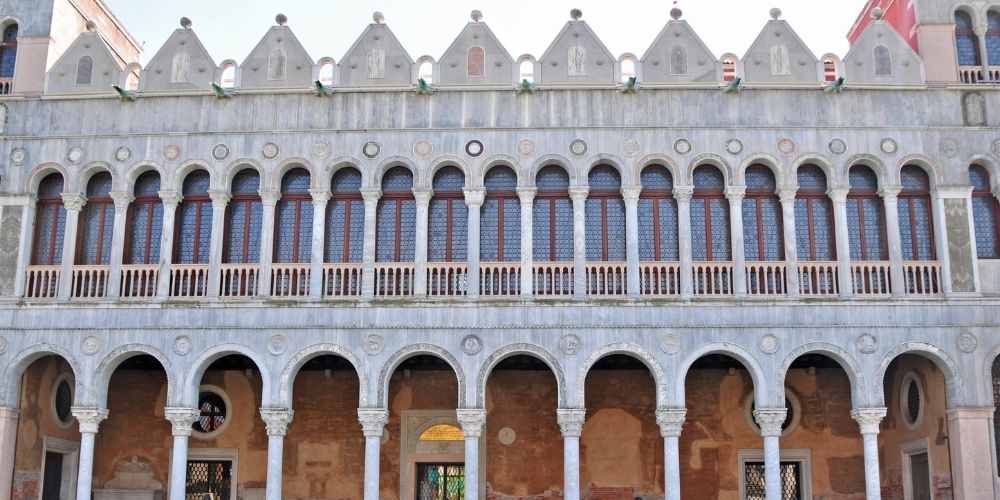 As you approach the Grand Canal bank you will find the most important historical palaces of Santa Croce, all of which now house important Venetian museums. The Fontego dei Turchi is a palace in typical Venetian-Byzantine style, which from the 17th to the 19th century was used as the seat of Turkish merchants; today the palace houses the Giancarlo Ligabue Museum of Natural History of Venice, which contains, among many valuable exhibits, the skeleton of a dinosaur Ouranosaurus nigeriensis.

Palazzo Mocenigo, on the other hand, is an elegant Renaissance-style palace which houses the Museo di Palazzo Mocenigo - Centro Studi di Storia del Tessuto, del Costume e del Profumo (Museum of Palazzo Mocenigo - Centre for the Study of the History of Textiles, Costumes and Perfume). This museum will give you the opportunity to visit a noble Venetian palace and to get to know Venetian fashion and costume of the 17th and 18th centuries, thanks to the precious antique clothes and accessories displayed in its rooms. 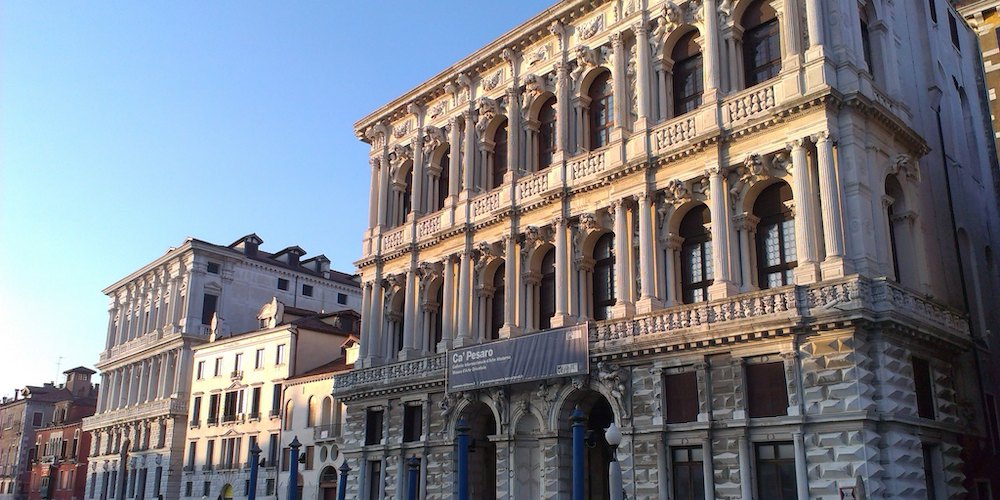 Lastly we find Ca' Pesaro, one of the most important Venetian palaces, structured on four floors and characterised by a majestic baroque façade. The palace is home to two museums: the International Gallery of Modern Art and the Venice Museum of Oriental Art. The International Gallery of Modern Art was founded in 1902 and occupies the first and second floors. It contains important works by Klimt, Chagall, Kandinsky, Klee, Matisse, De Chirico and many others. The third floor of Ca' Pesaro is occupied by the Venice Museum of Oriental Art, one of the largest collections of Japanese art from the Edo period (1603-1868) in Europe.