Journey through the sestieri of Venice 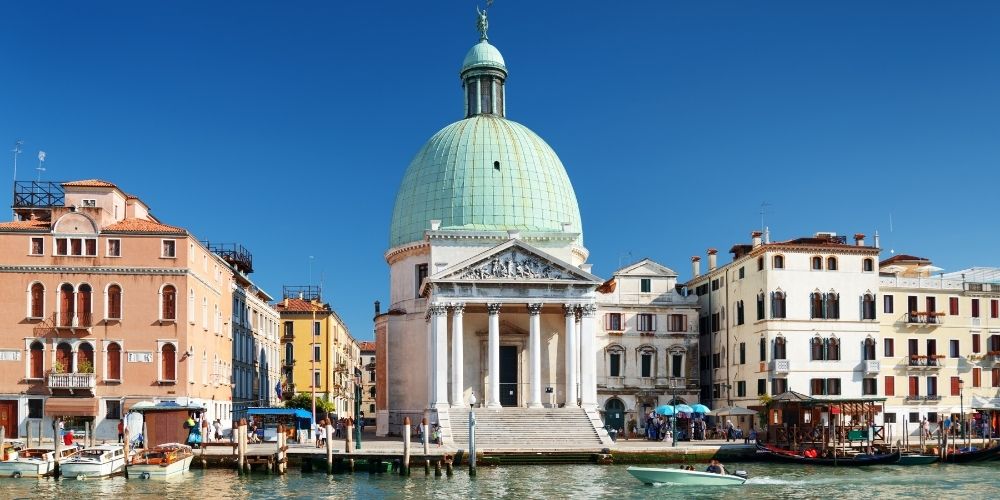 The sestiere of Santa Croce owes its name to the ancient church of Santa Croce, an important place of worship that was demolished in the 19th century. This district is the gateway to the city for those arriving from the mainland. Here we find also Piazzale Roma, the artificial island of Tronchetto and the Maritime Station.

The sestiere used to be a peripheral area of the city, as before the construction of the railway bridge (1846) and later of the Liberty Bridge (1933) Venice could only be reached by boat, landing at the fondamenta delle Zattere in the Dorsoduro district.

The area, being predominantly industrialised, does not have many monumental buildings, but among the most important there are the Church of San Simeon Piccolo, whose majestic green dome welcomes those arriving in Venice from the train station, the Fontego dei Turchi, home to the Civic Museum of Natural History and Ca' Pesaro, home to the Museum of Oriental Art and the International Gallery of Modern Art. The sestiere of San Polo takes its name from campo San Polo, the largest in Venice after St Mark's Square, and from the church of the same name. The sestiere is located in the historic centre of Venice and is the smallest district in the city, as well as being one of the oldest.

Here we find the majestic Rialto Bridge, the Market, the impressive Basilica of Santa Maria Gloriosa dei Frari and the Scuola Grande di San Rocco. In addition, the San Polo district has the highest concentration of artisan shops and bacari, small Venetian taverns. A perfect area for a fun bacaro tour! The sestiere of Cannaregio is the area that welcomes us when we arrive in the city by train and extends right from Santa Lucia Station to the Rialto Bridge, occupying almost the entire part of the city north of the Grand Canal.

Cannaregio is the most populated district of Venice and in the past was chosen as a place of residence also by some important historical figures, such as Marco Polo, Titian and Tintoretto. Its particular name is thought to derive from the presence of vast expanses of reeds that populated the area when it was still uninhabited.

In Cannaregio we can visit the Jewish Ghetto of Venice and its five historical synagogues, the Church of Santa Maria di Nazareth, Campo dei Mori and the unique Ponte Chiodo. 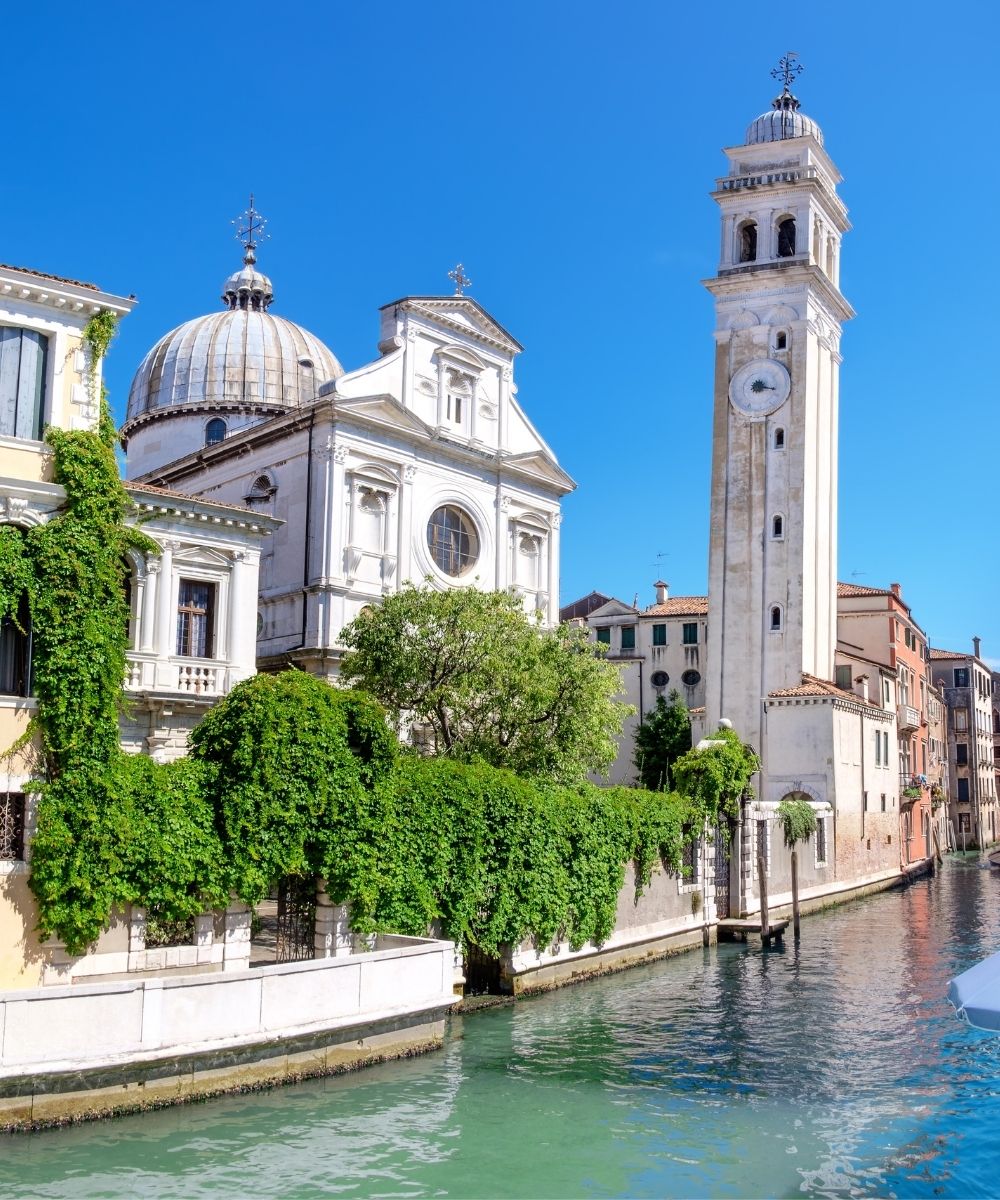 The Castello district, being the easternmost of the city's districts, is one of the areas of Venice least visited by tourists, and for this reason also one of the most authentic. Castello is also the largest district and the only one not overlooking the Grand Canal, and like every corner of Venice it is rich in hidden treasures.

It owes its name to a now disappeared fortress around which the area developed in the past. Here we find the grandiose Basilica dei Santi Giovanni e Paolo, the Scuola Grande di San Marco, the Church of San Zaccaria, the Cathedral of San Pietro di Castello, the Arsenale, the Biennale gardens, the Riva degli Schiavoni and the Acqua Alta Bookshop. 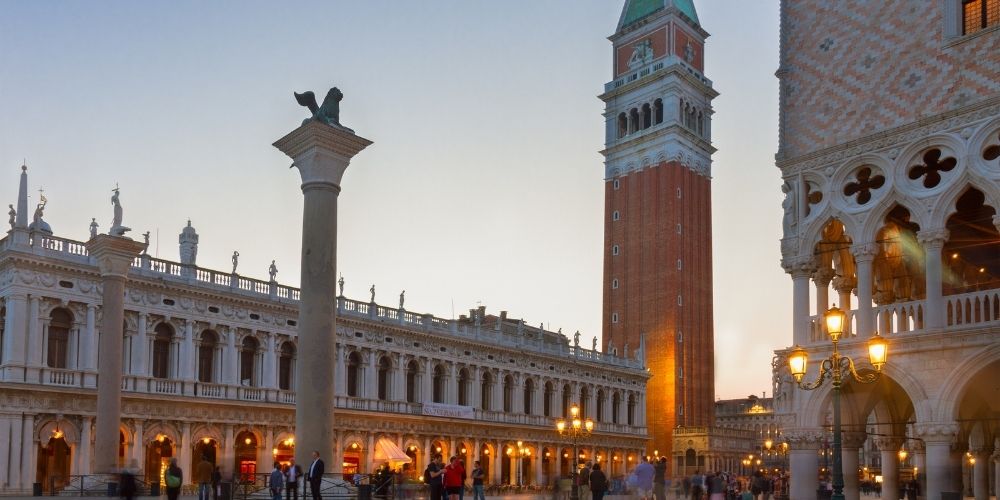 The heart of Venice is the sestiere of San Marco, where most of the city's most famous sites are located, and which owes its name to the basilica of the same name. This is obviously one of the most visited areas of Venice.

The centre of the sestiere of San Marco is St Mark's Square, overlooked by the Basilica and the Campanile. Another place to visit is the Doge's Palace, with its famous Bridge of Sighs. The square is also surrounded on three sides by the Procuratie, imposing buildings that now house some of Venice's most important museums, including the Correr Museum. The district also includes the island of San Giorgio Maggiore, home to the Basilica of San Giorgio Maggiore and the Giorgio Cini Foundation. 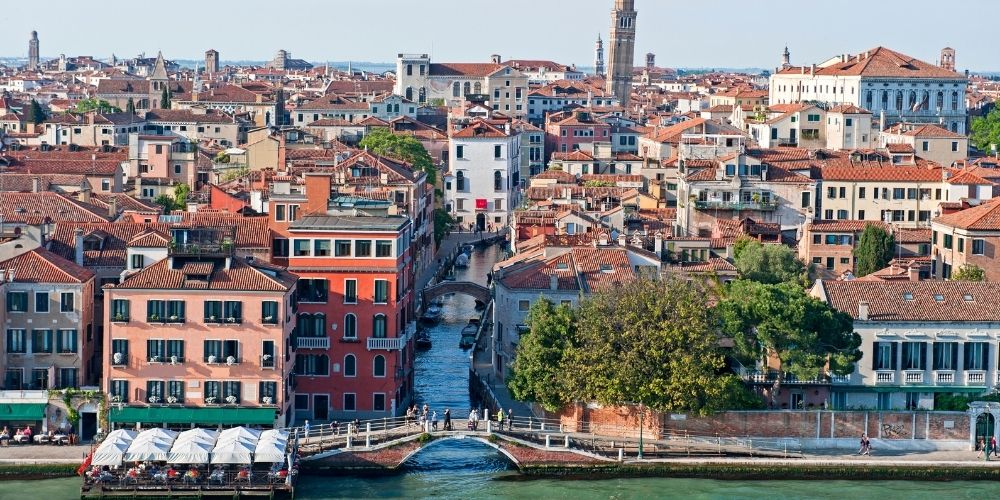 Most of the university facilities are located in the Dorsoduro district, making it a very lively area. After San Marco, Dorsoduro is the sestiere of Venice where some of the most important museums are concentrated, including the Gallerie dell'Accademia, the Peggy Guggenheim Collection and Ca' Rezzonico.

Here there are also some of Venice's most important religious buildings, such as the Basilica of Santa Maria della Salute and that of San Sebastiano. The sestiere also includes the large island of Giudecca. Its name derives from the fact that the area, in the past, was occupied by a "harder" (duro), more stable, less swampy soil than that of other parts of the city.

And you, in which of these districts are you looking forward to getting lost?