The island of St. Erasmo: between sky, land and water

Sant'Erasmo is located in the northern part of the Venice Lagoon. Of all the islands in this area it is the largest with its 4 km length and a width that in some places reaches even 1 km.

Traditionally called "the vegetable garden of Venice" Sant'Erasmo will surprise you for its beauty, making you breathe a very special atmosphere for those who love nature and relaxation, far from the dynamism of the city.

The island of St. Erasmo is located in the middle of an ideal triangle formed by Murano, Burano and Punta Sabbioni.

Its history has roots that go far back in time. In the work "De administrando imperio" by Constantine VII Porfirogenito, from the middle of the 10th century A.D., this small island is mentioned for the first time. The confirmation that reference is made to St. Erasmus is due to the "Chronicon Gradense" of 1032: here is mentioned the Litus Mercedis with its church dedicated to Saints Hermes and Erasmus, patron saints of those who sail the sea.

This is due to the fact that, before the coast of Cavallino became of its present size, it was St. Erasmus who served as a dividing shoreline between the lagoon and the Adriatic.

In fact, it stands between the mouth of San Nicolò and Treporti and it is well known that in the Middle Ages the island was known as a port serving the nearby islands of Murano and Torcello. Already then, sea-related activities were flanked by agricultural activities. In fact, in this period some plots of land were assigned to the monasteries of San Giorgio Maggiore and San Zaccaria as well as some Venetian patrician families.

Another important testimony of the island of St. Erasmo is provided by Francesco Sansovino who at the end of the 16th century in "Venetia, a very noble and singular city" defined it as rich in vegetable gardens and vineyards so much so that it was able to supply "the city with copies of herbaggi, and fruit, in abundance and perfect".

When the lagoon environment changed physiognomy and the coast of Cavallino became longer, St. Erasmo lost the strategic role it had to be considered "simply" an island.

The agricultural vocation of this place is confirmed over the centuries so much so as to become the peculiar characteristic that still distinguishes it today. The island was, however, of fundamental importance for Venice in this role because it was able to satisfy the food needs of its inhabitants. At the time of the Serenissima Sant'Erasmo was not inhabited in a stable way except by a few and was mainly frequented by daily or seasonal labourers who worked there only.

The population of the island became more and more scarce, and at the end of the 1700's only 37 inhabitants arrived near the fall of the Serenissima. The decrease in the number of residents occurred as a result of several factors, including the frequent epidemics that hit the island, among them those of malaria.

With the end of the Serenissima Republic and the arrival first of the French and then of the Austrians in St. Erasmo, as well as in the nearby places, military works were built in order to defend the Lagoon.

In '800 the island saw a considerable growth of inhabitants so that it was decided to build a new church. Today the data tell us that there are just under 700 residents in St. Erasmo and that they are constantly decreasing. A phenomenon that is not surprising given the same trend in all the islands of the Lagoon and in Venice itself.

The artichoke of Sant'Erasmo, the island's specialty 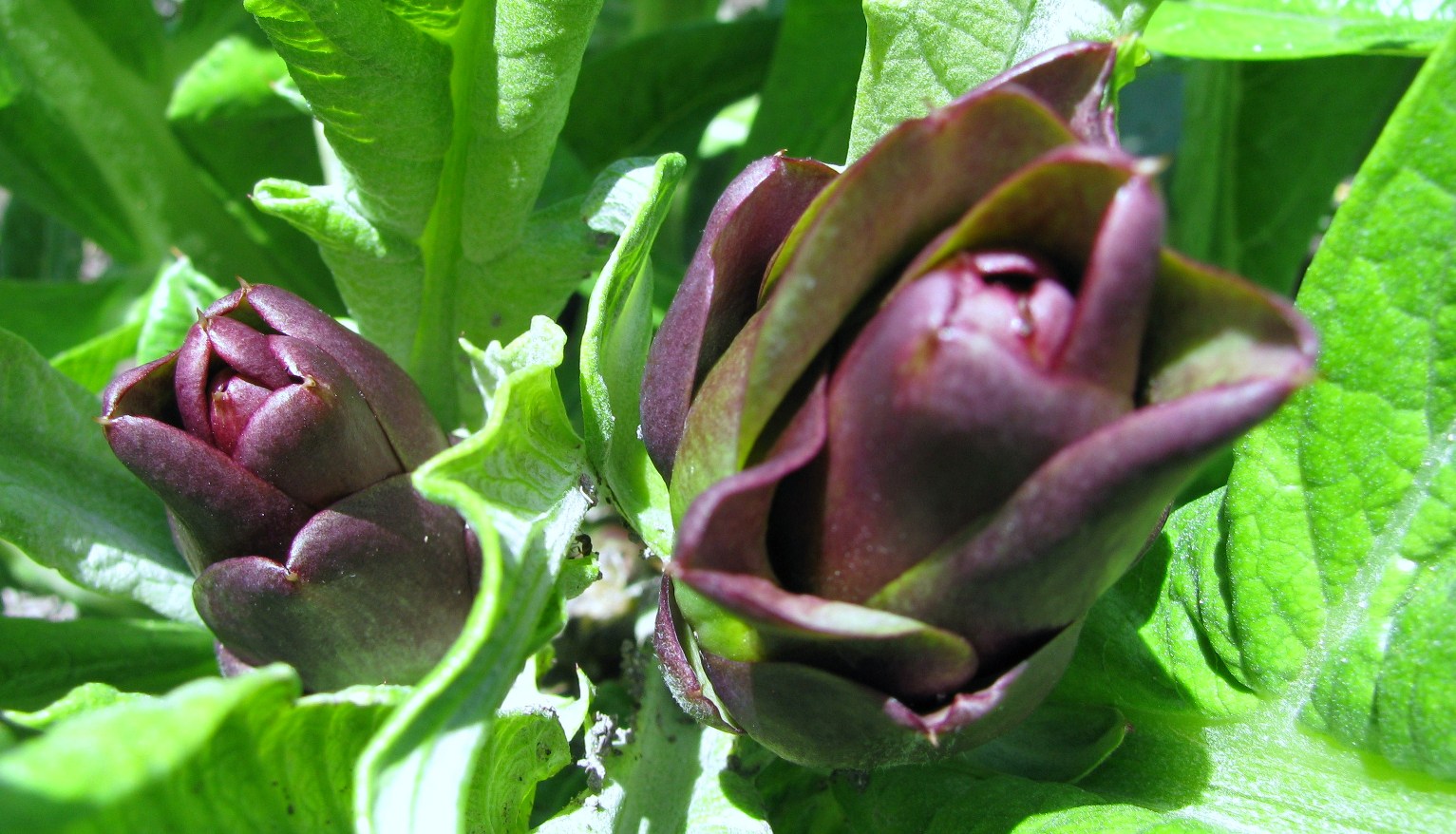 For centuries St. Erasmus has been called the vegetable garden of Venice because of the vocation to agriculture developed over the centuries.

The island, however, has not always produced only vegetables: in the past, in fact, here wine was produced in great abundance, and the vineyards occupied a large part of the present agricultural production. Today this has been greatly reduced, but it is unusual that the inhabitants continue to call the fields cultivated with vegetables "vineyards".

The peculiarity in this field of the island is the famous and much appreciated artichoke of Sant'erasmo, a particular variety that grows only in this handkerchief of land in the middle of the lagoon: with its characteristic violet color, this particular artichoke is tender, fleshy, thorny and elongated in shape.

The season of artichokes in Venice begins at the end of April with the harvest of the castraure, the first small apical artichoke bud, cut to allow a more luxuriant growth than the other shoots. A real delicacy for lovers of good food, which must be tasted at least once in a lifetime, but know that castraures are only available 10-15 days a year. If you spend in this particular period for a bacaro, you will surely find them as a very tasty snack to eat while sipping a good glass of wine.

What to see in St. Erasmus 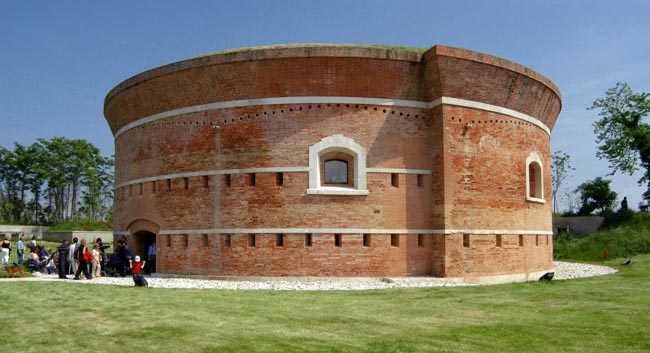 In Sant'Erasmo you can not only immerse yourself in nature but also visit some places that tell the history of the island.

As places of interest we propose you to plan to visit:

The Church of Christ the King

In 1926 the parish of Sant'Erasmo was established and three years later the church was consecrated. With a nave and two aisles, the building was built to a design by Brenno Del Giudice. The façade is interesting, but also one of his works preserved inside. Although recently built compared to other churches in Venice and neighboring islands, this sacred place houses a Martyrdom of St. Erasmus of the school of Tintoretto that certainly does not go unnoticed by the visitor.

The buildings that were erected during the French and Austrian occupation were of a military nature with the aim of defending the lagoon by exploiting the position of this particular outpost. Among these worthy of note is the Maximilian Tower, a structure erected at the behest of Archduke Maximilian of Austria, hence the name. Built between 1843 and 1844 on the southern tip of the island above the foundations of what was formerly a French fort, it is the only remaining example in Italy of this type of military building. Surrounded by a moat and an irregular polygonal embankment Torre Massimiliana was built with the function of defending the Lido's harbour mouth. During the Second World War it was used as an anti-aircraft battery and occupied by German troops in 1943. When the Germans were in retreat two years later, they seriously damaged it before leaving. After the war it was converted into a shelter for displaced persons and later into an agricultural warehouse. At the end of the 90s, now in total abandonment, here is its umpteenth transformation: after being recovered in 2004 thanks to the intervention of the architects Cappai and Segantini, it was included by the City of Venice in a series of interventions designed to enhance Sant'Erasmo. Today the Torre Massimiliana hosts cultural events and art and photography exhibitions. In 2007, for example, an exhibition dedicated to Emilio Vedova was held here on the occasion of the Venice Biennale.

Today the management is of the North Lagoon Park of Venice.

What to do in St. Erasmus 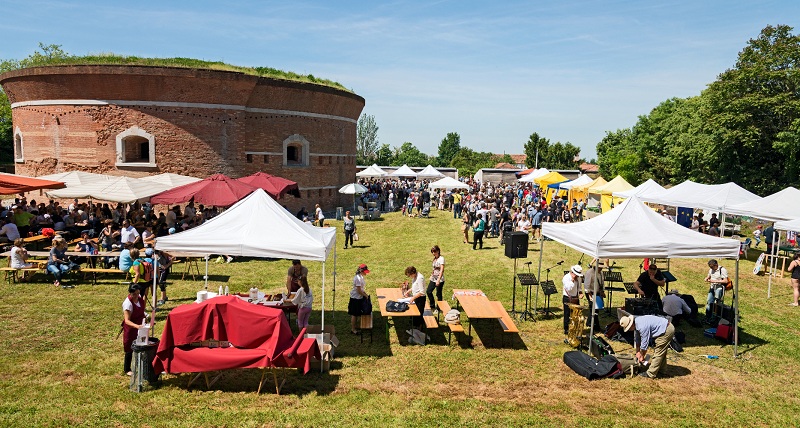 Sant'Erasmo is a quiet island for most of the year, but during the holidays it becomes a lively place that attracts many people.

If you are on this island on the days of traditional festivals and village festivals, after a walk in the nature among fields and vineyards, you can't miss a stop at the church square where you can taste and buy the specialties that the local agriculture offers.

Each festival is an event among music, cultural and musical events.

The Festival of the violet artichoke takes place at the Torre Massimiliana where the tasting and sale of this specialty is organized. You can also learn about the many ways in which the artichoke can be prepared thanks to the demonstrations on site.

The Festival of the must takes place in October and is dedicated to the must. It is actually a wine, the torbolino, from white grapes, not completely fermented, slightly sparkling.

If you like to experience the island at the quietest times of the year you can take a walk in the nature and enjoy the solitude and peace of this place. The eye will get lost between earth, water and sky, you can enjoy the beauty of gardens and vineyards and breathe an atmosphere totally different from that of the calli of Venice.

For those who love cycling, just rent a bike and ride along the entire perimeter of the island of Sant'Erasmo, along the embankment that overlooks the mouth of the Lido port and the Cavallino coastline and admire the entire lagoon and its islands.

For those who practice Nordic-walking it is possible to walk the same route as the bikes and maybe finish the walk in the shade of the Torre Massimiliana or with a bit of relaxation on the beach of Sant'Erasmo, known by the Venetians as "il Baccan".

Today Sant'Erasmo is an island immersed in the blue and green lagoon. A quiet place off the beaten tourist track. A quiet and unique place that you can reach in just half an hour by vaporetto from Fondamenta Nuove.

How to get to Sant'Erasmo: from Venice (Fondamenta Nuove) and Cavallino-Treporti: ACTV vaporetto line 13.