The most beautiful palaces on the Grand Canal in Venice

The Grand Canal is the main waterway through the beautiful Venice. To be precise, the canal divides the historic centre into two parts. Starting at the junction of Ponte della Libertà and flowing into St. Mark's Basin, for a total length of 3800 metres, the Grand Canal traces a route in the shape of an inverted "S".

Magnificent historical palaces line its route. Most of the noble palaces date back to between the 12th and 18th centuries. They are symbols of the wealth and art created by what was once the Serenissima Republic of Venice.

There are at least 170 residences that still tell the story of a thousand years of splendour of the Republic, and today we are going to discover five of them, among the most beautiful. From the protagonists of mysterious stories to the current venues of the most important museums in Venice.

To admire the palaces at their best all you have to do is taking a romantic gondola ride along the Grand Canal or taking the vaporetto line 1. With the Venice Pass you will be able to use public transport for 24 hours and have easy access to some of these marvellous palaces. 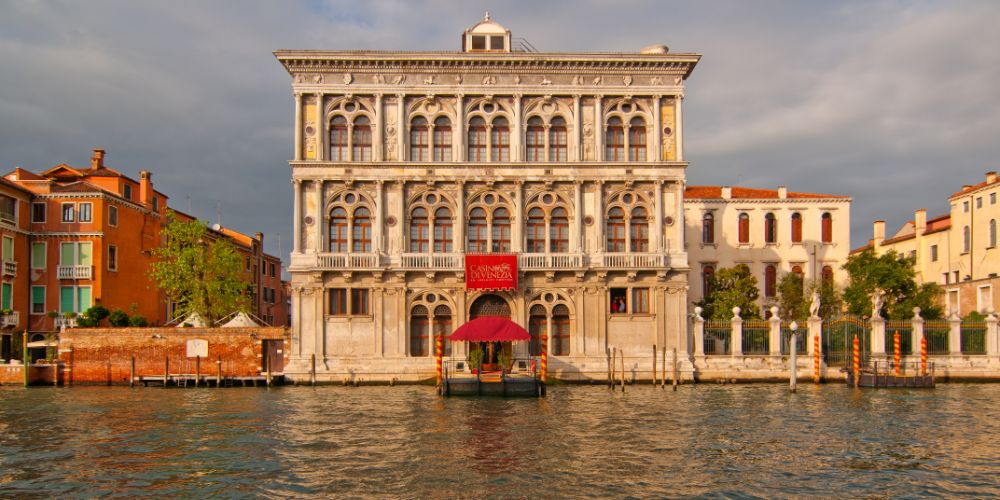 The first palace on the list you will encounter on your way, from Santa Lucia Station to St Mark's Square, is Ca' Vendramin Calergi. Considered the first great Venetian palace of the Renaissance, Ca' Vendramin today houses the Venice Casino.

Its construction began in 1481 and ended in 1509, at the behest of the Loredan family. The palace has one of the most representative facades of the Venetian Renaissance. Moreover, the German composer Richard Wagner died here during his last stay in Venice. Indeed, today some rooms of Ca' Vendramin Calergi house the Wagner Museum.

Continuing along the Grand Canal you will come across an imposing example of the Baroque style: Ca' Pesaro. The grandiose palace was built at the behest of the rich and noble Pesaro family. Construction lasted from 1652 to 1710.

By the will of the last owner, Felicita Bevilacqua, the palace was used as a residence and gallery for young artists. Today Ca' Pesaro is home to two important Venetian museums: the International Gallery of Modern Art and the Museum of Oriental Art in Venice.

The International Gallery of Modern Art was established in 1902 and occupies the first and second floors. It houses important works by Klimt, Chagall, Kandinsky, Klee, Matisse, De Chirico and many others. The third floor of Ca' Pesaro is occupied by the Museo d'Arte Orientale di Venezia, one of the largest collections of Japanese art from the Edo period (1603-1868) in Europe. 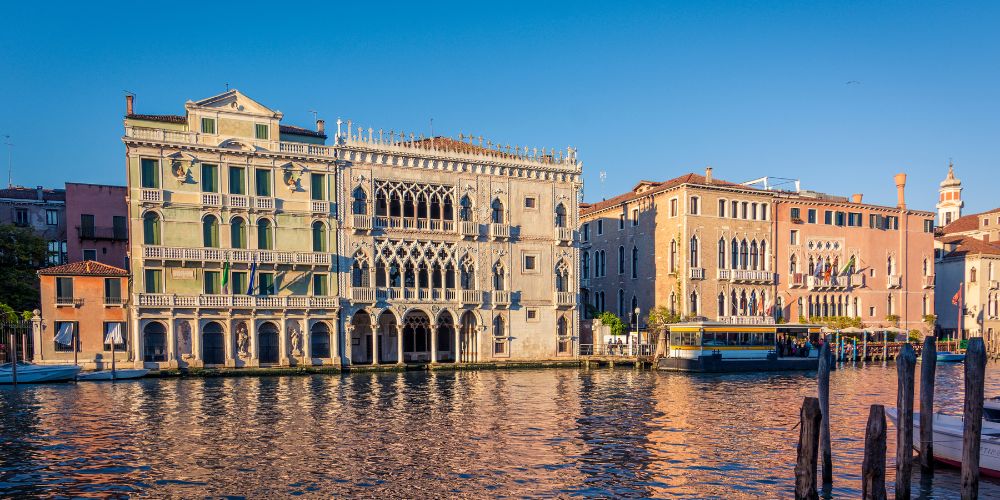 Ca' d'Oro, a patrician residence that manages to captivate the beholder with its undeniable beauty, is one of the symbols of Venetian architecture. One of the highest expressions of late Gothic, known as flamboyant, Ca' d'Oro dominates the left bank of the Grand Canal in the Cannaregio district with its rich and asymmetrical façade.

Its name derives not from the lineage that inhabited it but from the fact that parts of the façade were originally covered in gold (oro means gold).

Today Ca' d'Oro is home to the Franchetti Gallery. The gallery houses the collection of works of art collected by Giorgio Franchetti, the last owner of the palace, during his lifetime.

The palace was opened to the public in 1936. In addition to important paintings from the Venetian 18th century, it houses furniture, objects from everyday life, as well as torn frescoes and ceiling paintings from other city palaces. 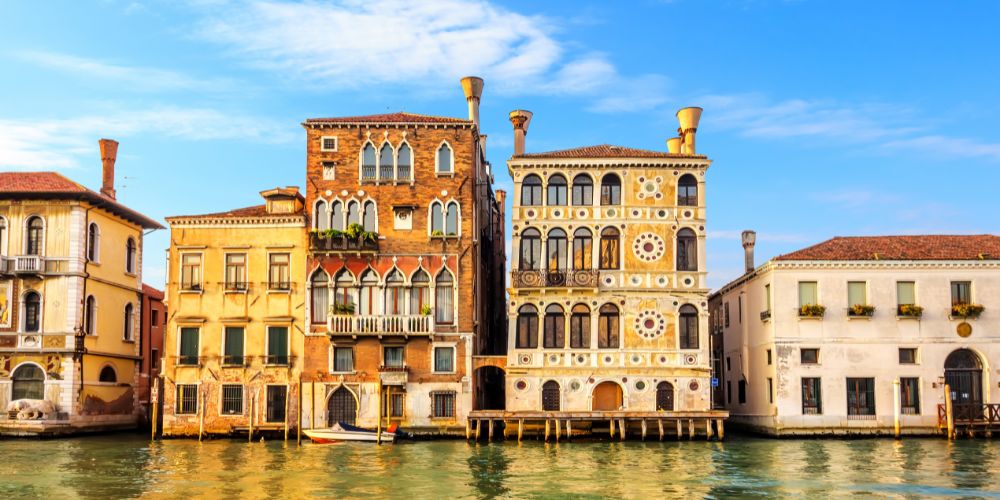 The last palace on our list is a place steeped in mystery. Ca' Dario is a palace described as "cursed" given the secrets hidden within its walls.

The palace has a magnificent Gothic façade. But the architectural beauty of Ca' Dario contrasts with its reputation as a cursed palace.

This appellation was bestowed upon it because of the tragic fate that has befallen many of its owners. According to an alleged curse on the house, indeed, the owners of Ca' Dario were destined to end up on the streets or die a violent death.

After the death of the last owner, no one wanted to buy Ca' Dario, which is still uninhabited today.