The Dorsoduro district is a lively area of Venice, as it is here that most of the city's university facilities are located. The sestiere owes its name to the fact that at the time it was located in an area with little marshland compared to the others and therefore characterised by a stable terrain (Dorsoduro means "hard back").

After San Marco, Dorsoduro is the district in Venice where most important museums are concentrated, including the Gallerie dell'Accademia and the Peggy Guggenheim Collection. Here we also find important religious buildings such as the majestic Basilica of Santa Maria della Salute. We also remind you that Dorsoduro includes the large island of Giudecca. Discover with us more about this unique district!

Discover Venice with the Venice Pass❯ 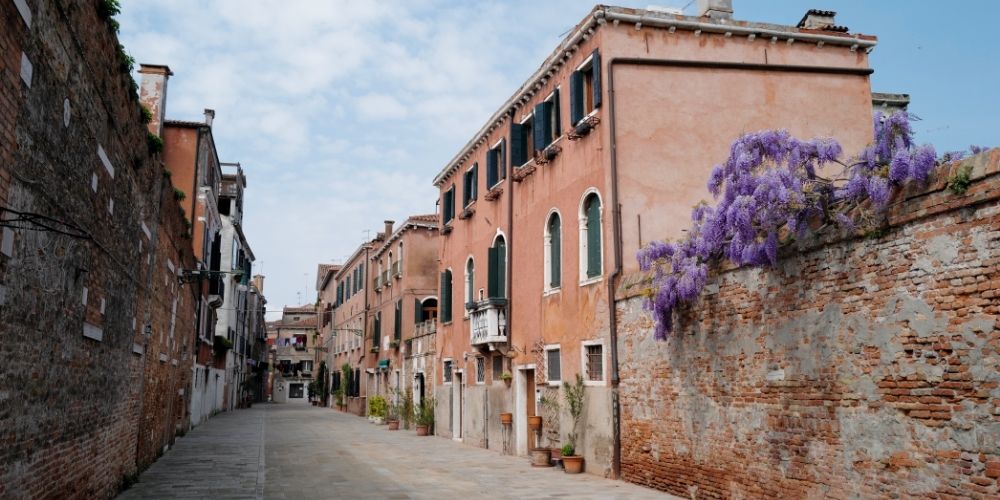 The south-eastern area of Venice is occupied by the Dorsoduro district. Its particular name is said to derive from the fact that the area was once characterised by a stable terrain ("hard back"), less marshy than the areas occupied today by Santa Croce and San Polo, for example. Dorsoduro boasts a rich presence of churches, palaces and museums, second only to the sestiere of San Marco.

The western part of the sestiere is occupied by the Mendigola Island, which was among the very first areas of the city to be colonised, several centuries before the San Polo district became the vital centre of Venice. Today the sestiere is considered one of the liveliest areas of the city as it is here that young Venetians, university students and many tourists meet.

Things to see in the Dorsoduro district in Venice

The Ponte dell'Accademia connects the Dorsoduro and St Mark's districts. Before its opening in 1854 the only pedestrian crossing point on the Grand Canal had been the Rialto Bridge. From here the view of the Grand Canal opening into St Mark's Basin will be unique. Arriving at Dorsoduro across the bridge you will find yourself in front of one of the city's most important museums: the Gallerie dell'Accademia. A charming public building where Venetian paintings from the 14th to the 18th century are on display. Here there are also paintings by the most famous Venetian exponents, such as Titian, Canaletto, Tintoretto, Bellini and many others. 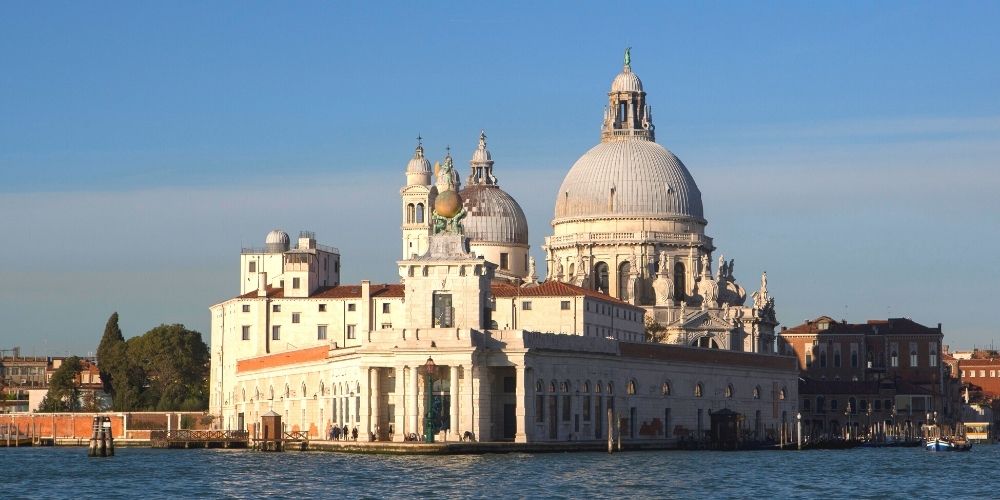 Other of the many museums in this sestiere are the Peggy Guggenheim Collection, Punta della Dogana and Ca' Rezzonico. The Guggenheim Collection is currently hosting an interesting exhibition on surrealism. On the other hand, the former customs building, Punta della Dogana, now houses a contemporary art museum. From here you will have a sensational view of the entire St Mark's Basin. Ca' Rezzonico is one of the most famous palaces in Venice, displaying furniture, paintings and sculptures from the Venetian 18th century.

Moreover, on the Giudecca island you can find the Casa dei Tre Oci, a neo-Gothic palace from the early 1900s that hosts photography and art exhibitions. 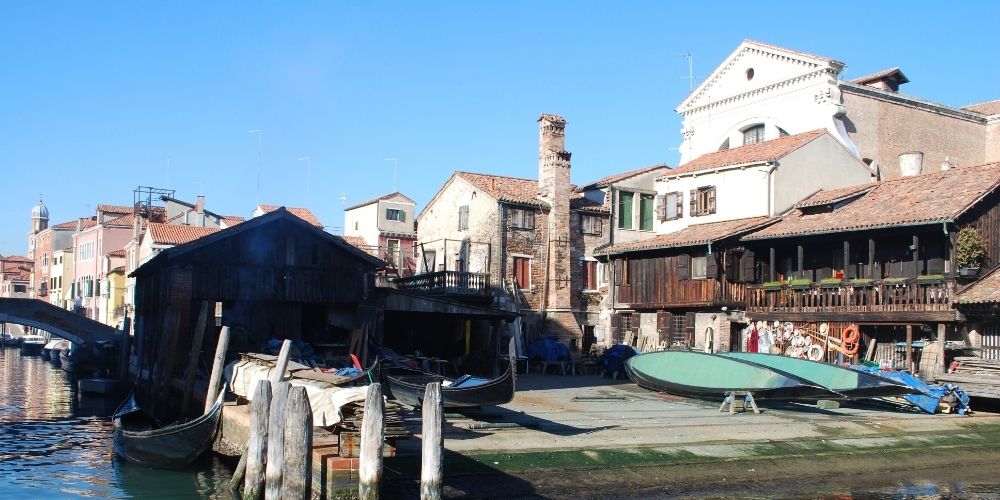 Walking through Dorsoduro you will also find a very special place: the Squero di San Trovaso. The squero is the typical shipyard for rowing boats in Venice. The one in San Trovaso is one of the oldest, dating back to the seventeenth century. It is also one of the few still active. Here you can watch the shipwrights at work. 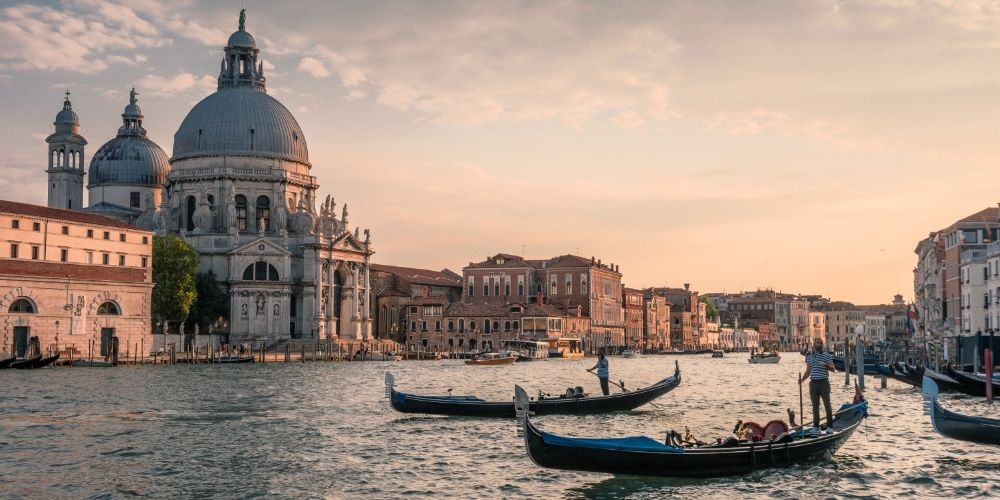 Dorsoduro is also home to one of the most popular churches in Venice: the Basilica della Salute. The church is an excellent example of the Venetian Baroque architecture, developed following Palladio's models. The basilica was built in the 17th century as a votive offering to the Virgin Mary, to thank her for saving the city from the bubonic plague that struck between 1630 and 1631. 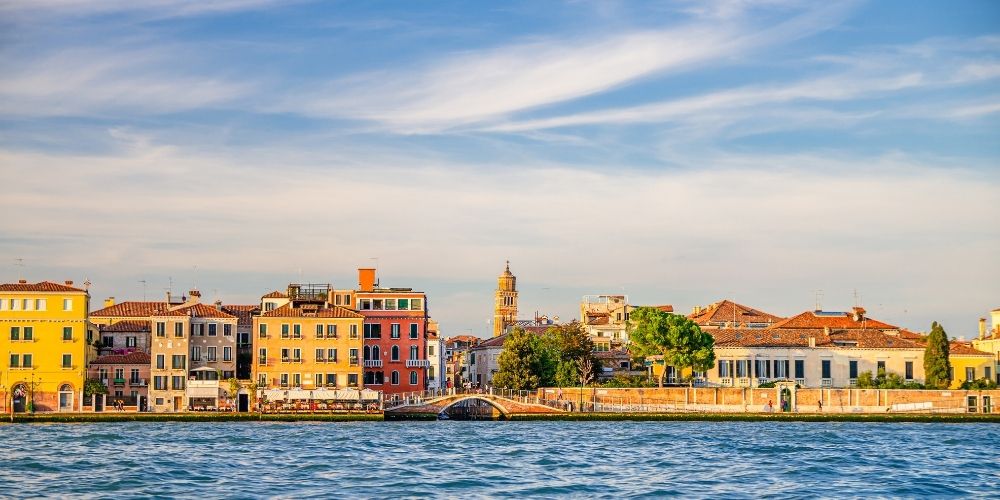 Finally, you can't miss a sunny stroll along the Zattere. This long fondamenta, which runs along the Giudecca canal, is full of bars with their outdoor terraces. But the centre of social life in this district is Campo Santa Margherita. A popular spot full of young university students and tourists, it is the ideal place to stop and taste the typical spritz.